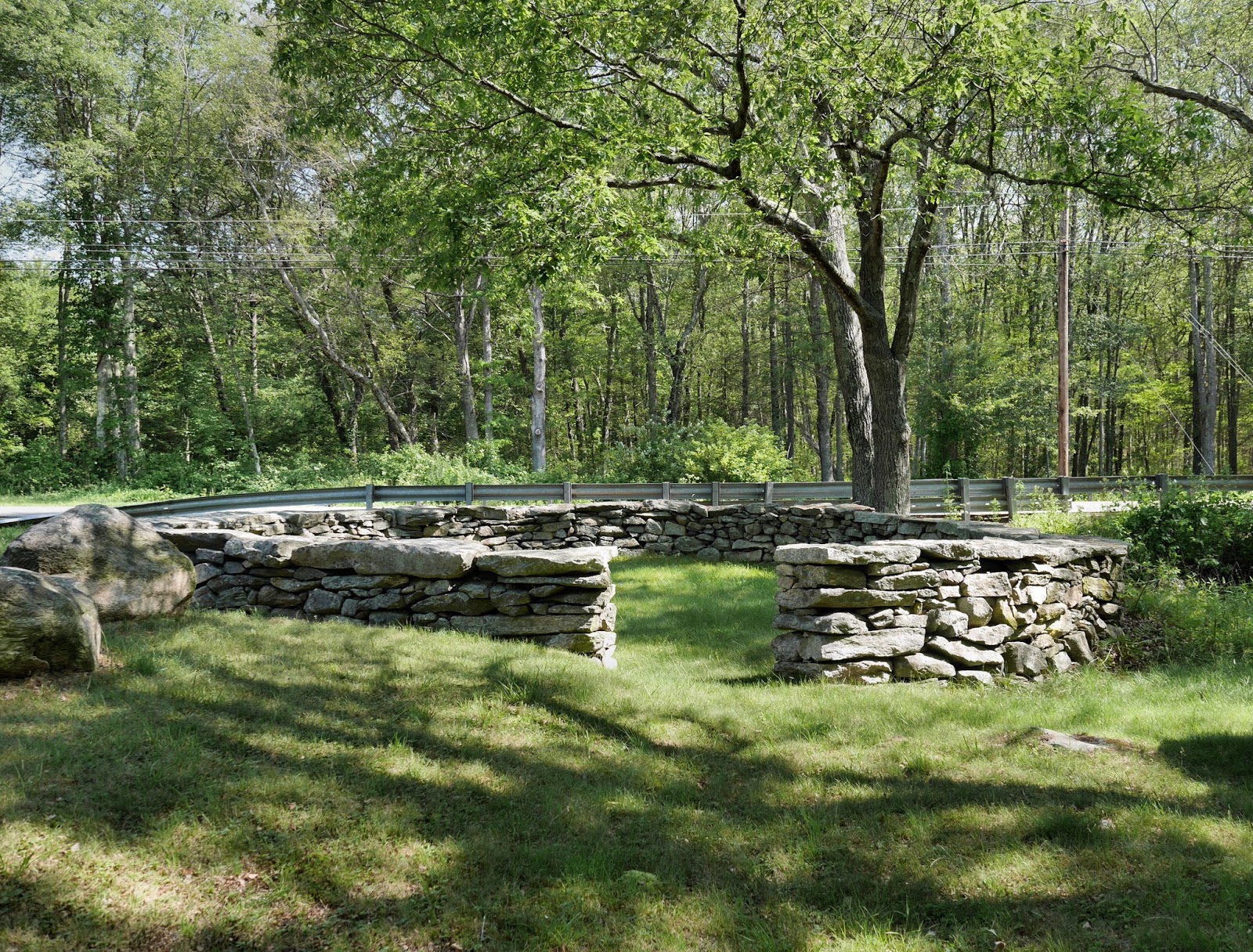 If you've been reading this blog for a while, you may remember when I learned about Sabbath Day Houses. This circular stone wall in Sterling also fits into the category of "crazy things you never knew Colonial New Englanders did, that actually seen rather ingenious upon reflection." This is, or was, a town pound.

Pounds were once a common feature of New England towns. Their purpose was containing stray livestock - cows, sheep, pigs, etc. - which had wandered from their owners' property. Rogue animals would be corralled into the pound and kept there, overseen by a Pound Keeper, until their owners came to retrieve them - for a fee. Yup, your goat could be impounded.

This is not the only remaining town pound in Connecticut, but it is the only one I've seen. The others I've heard of are in Hebron, Goshen, Eastford, and Lebanon, although Connecticut being what it is, I wouldn't be surprised if there were many more. There are also roads named Town Pound or Old Town Pound in Hampton, Hartland, and likely other towns. (The only other pound I've seen is in Glocester, Rhode Island. That pound is more of a triangular shape, and dates from 1749; the town claims it is "the oldest pound in America.") There are others in Rhode Island, as well as in New Hampshire, Massachusetts, Maine, and Vermont.

If you know of another local town pound, please let me know in the comments. I might have to do a full Connecticut town pound round-up someday.
Posted by Johnna Kaplan at 7:15 AM