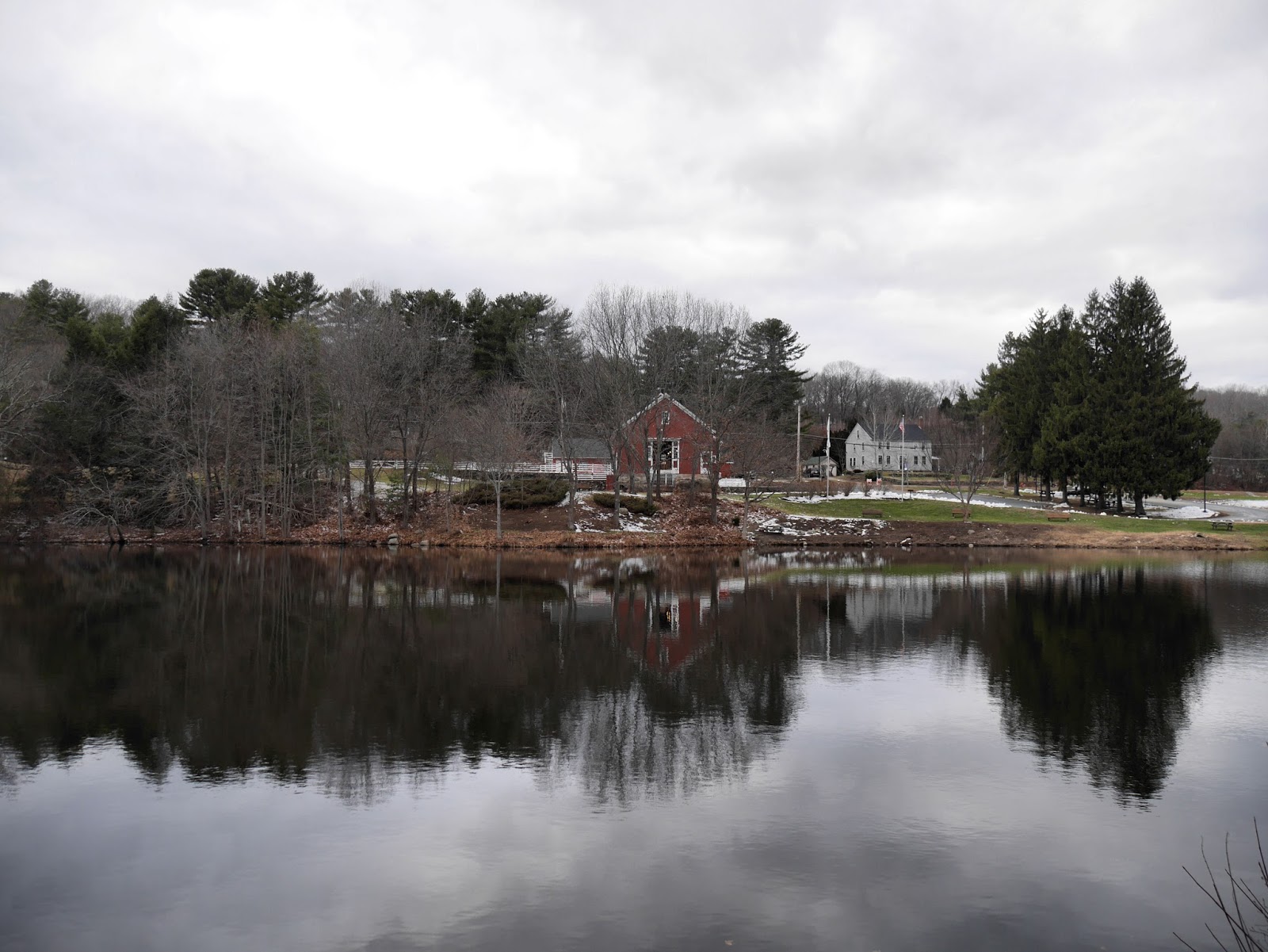 On New Years Day, I drove up to Uxbridge, MA, to join my friend from Lowell on a First Day Hike at the Blackstone River and Canal Heritage State Park. If you know the history of one 19th century American canal (including the Farmington River Canal and others in Connecticut), you pretty much know the history of them all: after a rush of excitement and a brief period of success, mules and barges became obsolete as railroad companies extended their tracks across the country and people began to transport materials and goods by train. The downfall of the canals created an abandoned network of footpaths and waterways just waiting to be converted to walking trails, and many, including the Blackstone, are now linear parks.

We walked for two miles along the old towpath, past relics of the canal's heyday. It was not much of a hike - more like a leisurely walk - but it provided the perfect New Year's reminder to visit more new places in 2016. Even if those places are just a few miles over the state line. 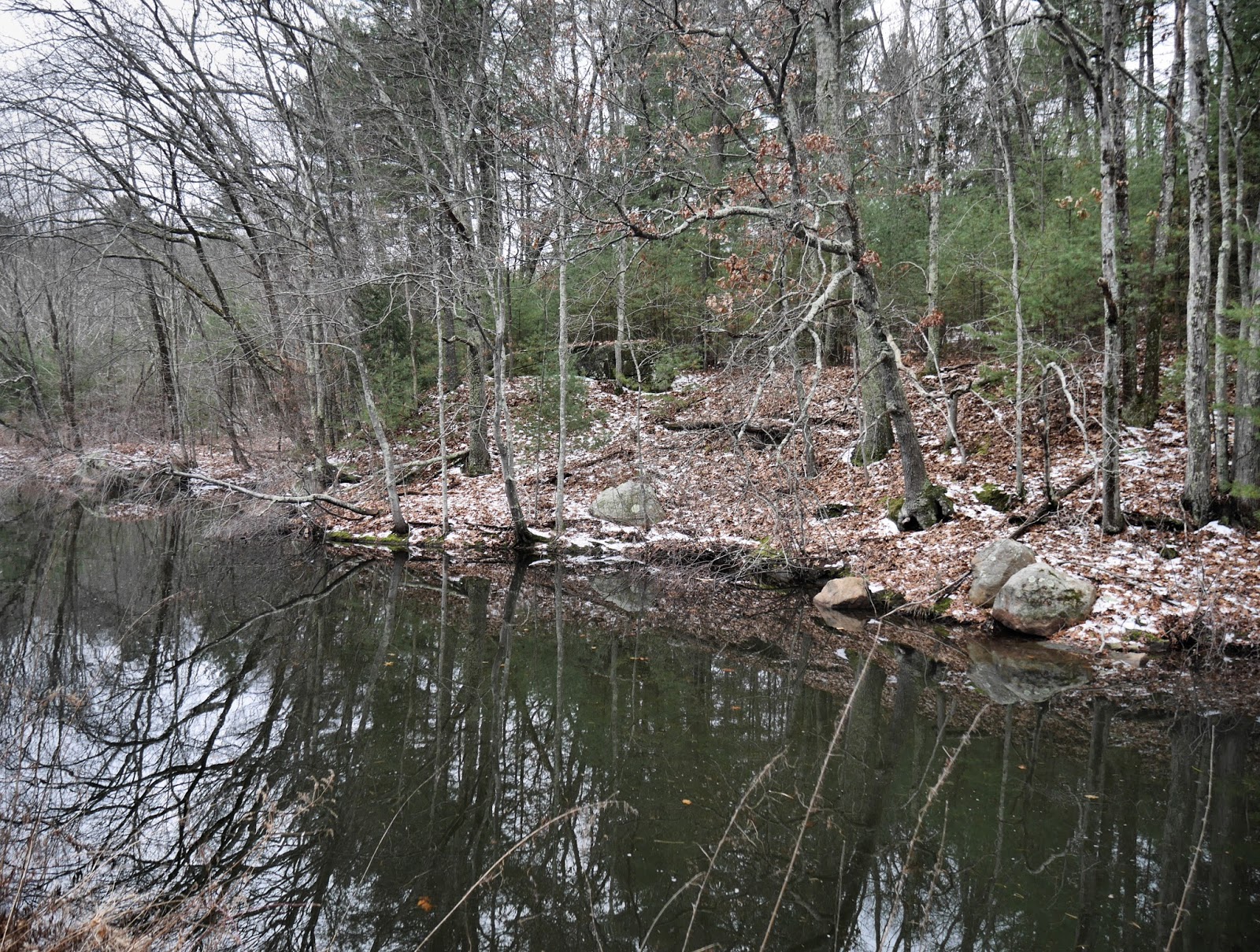 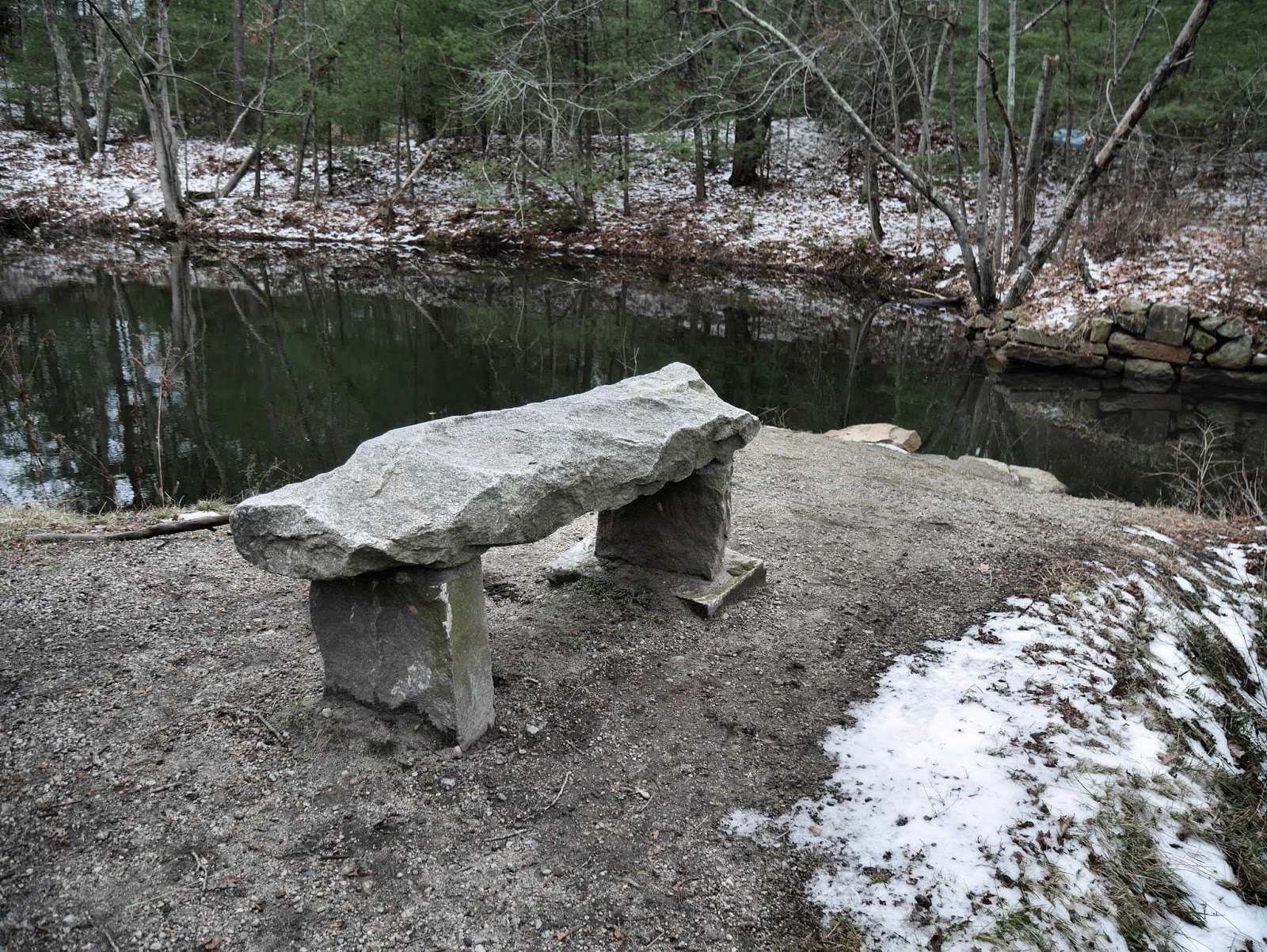 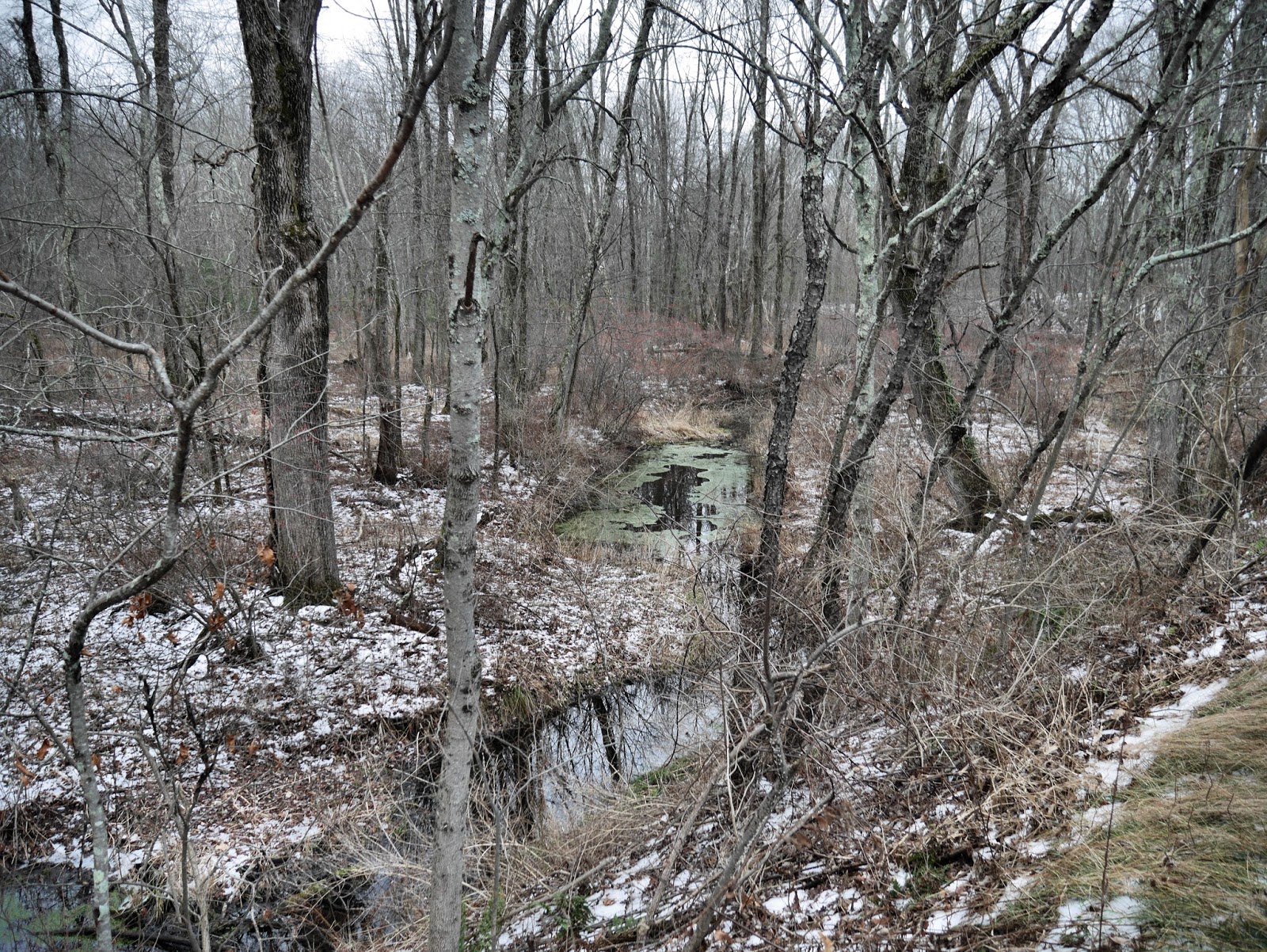 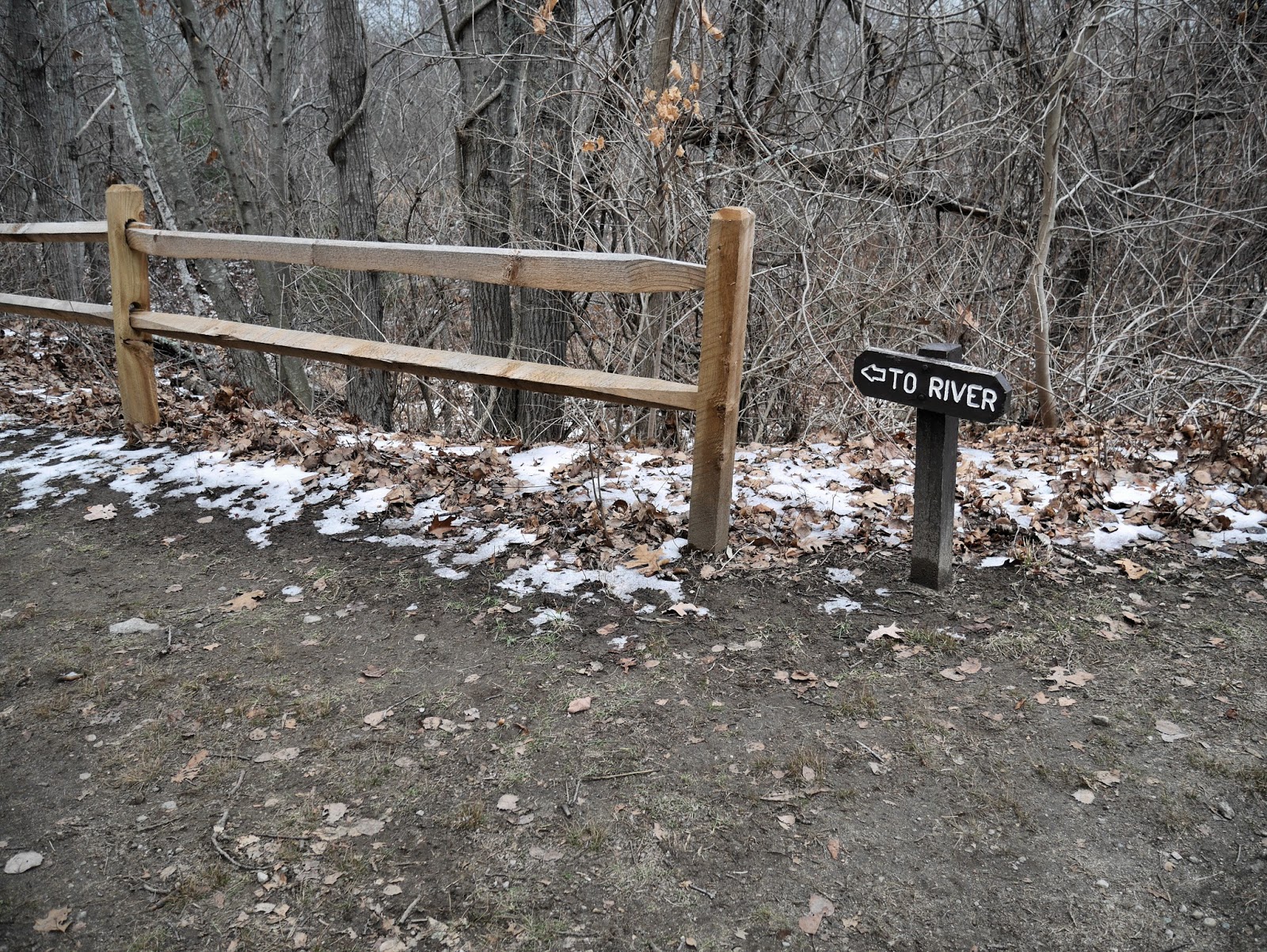 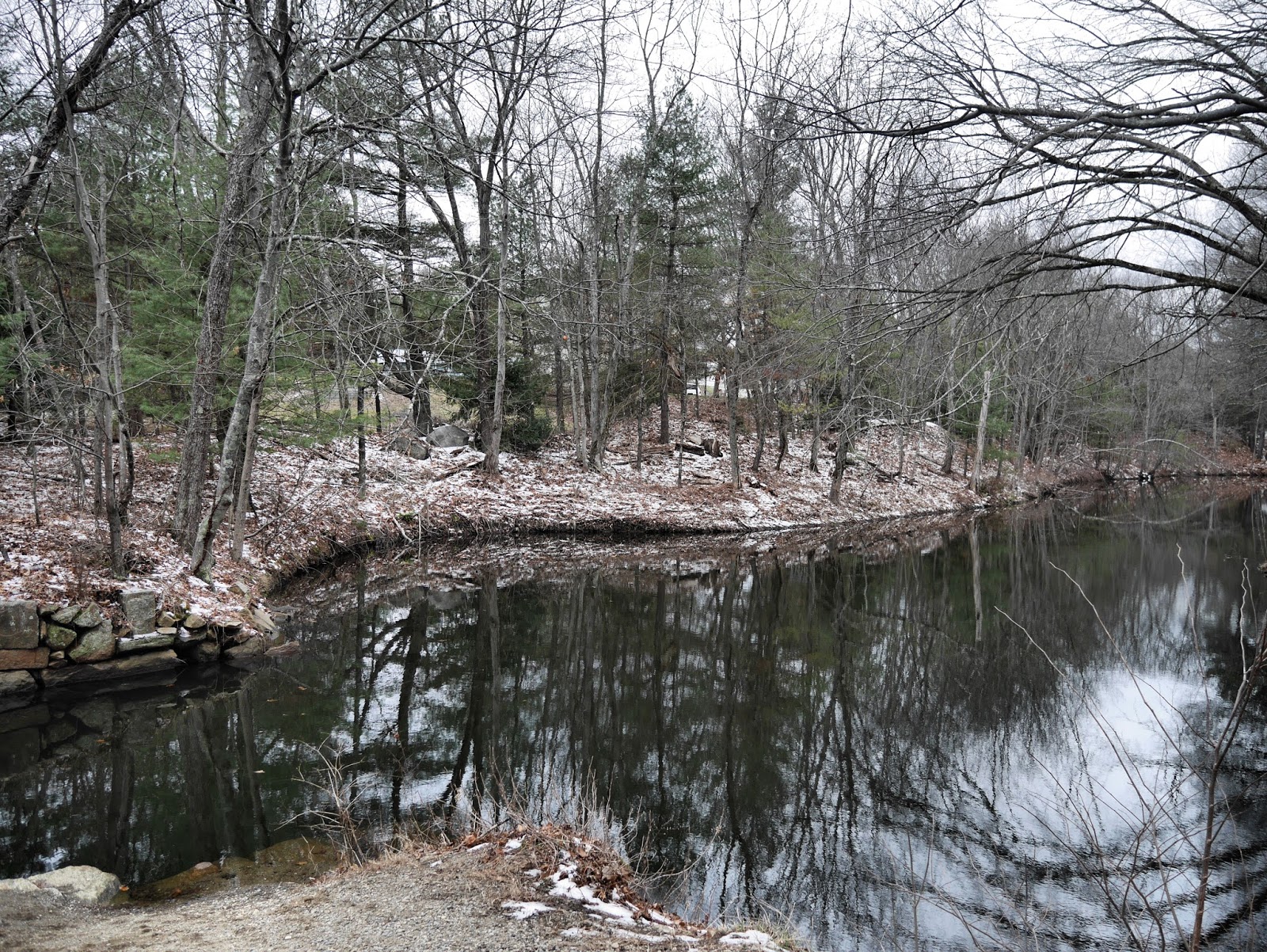 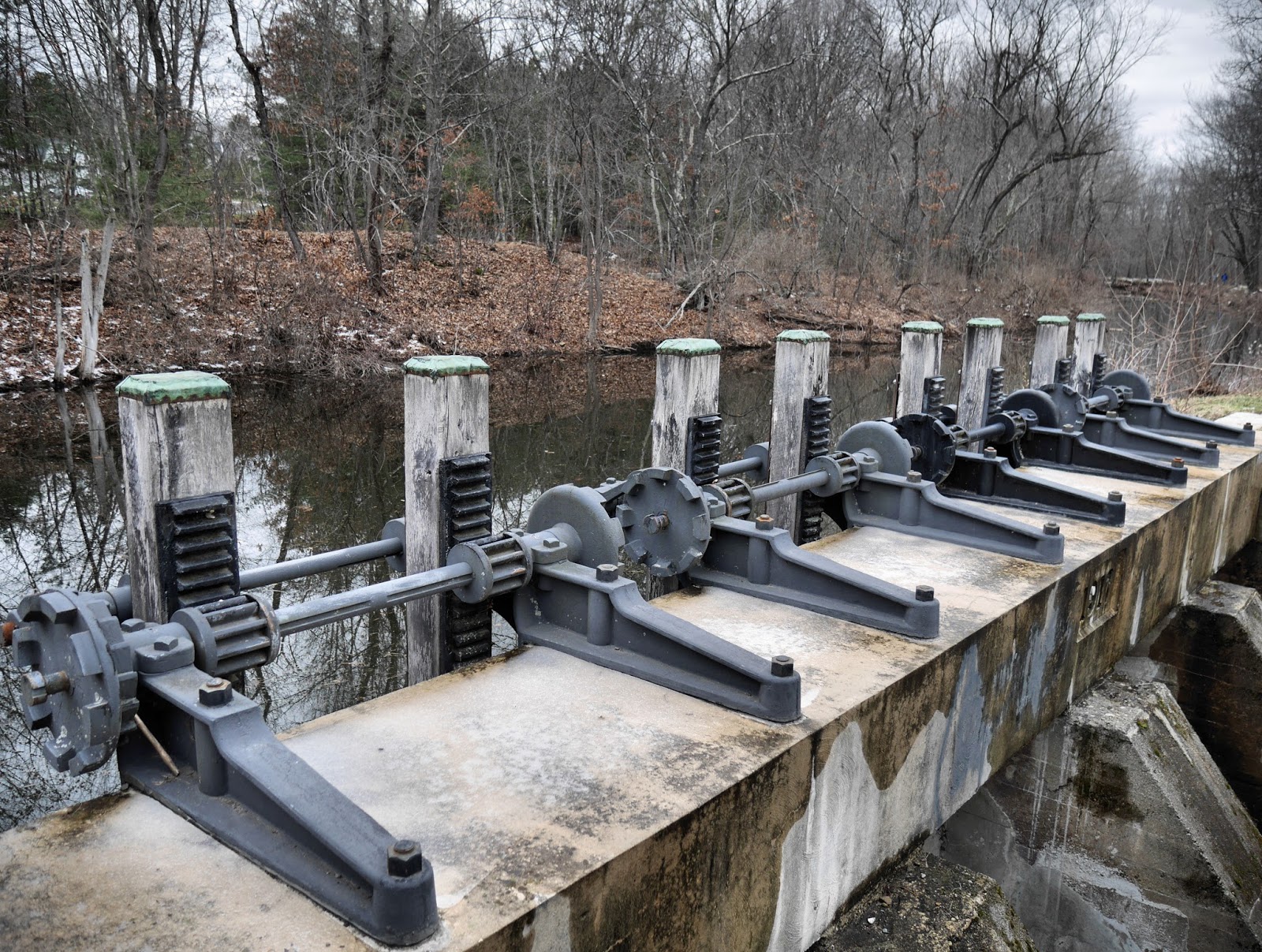 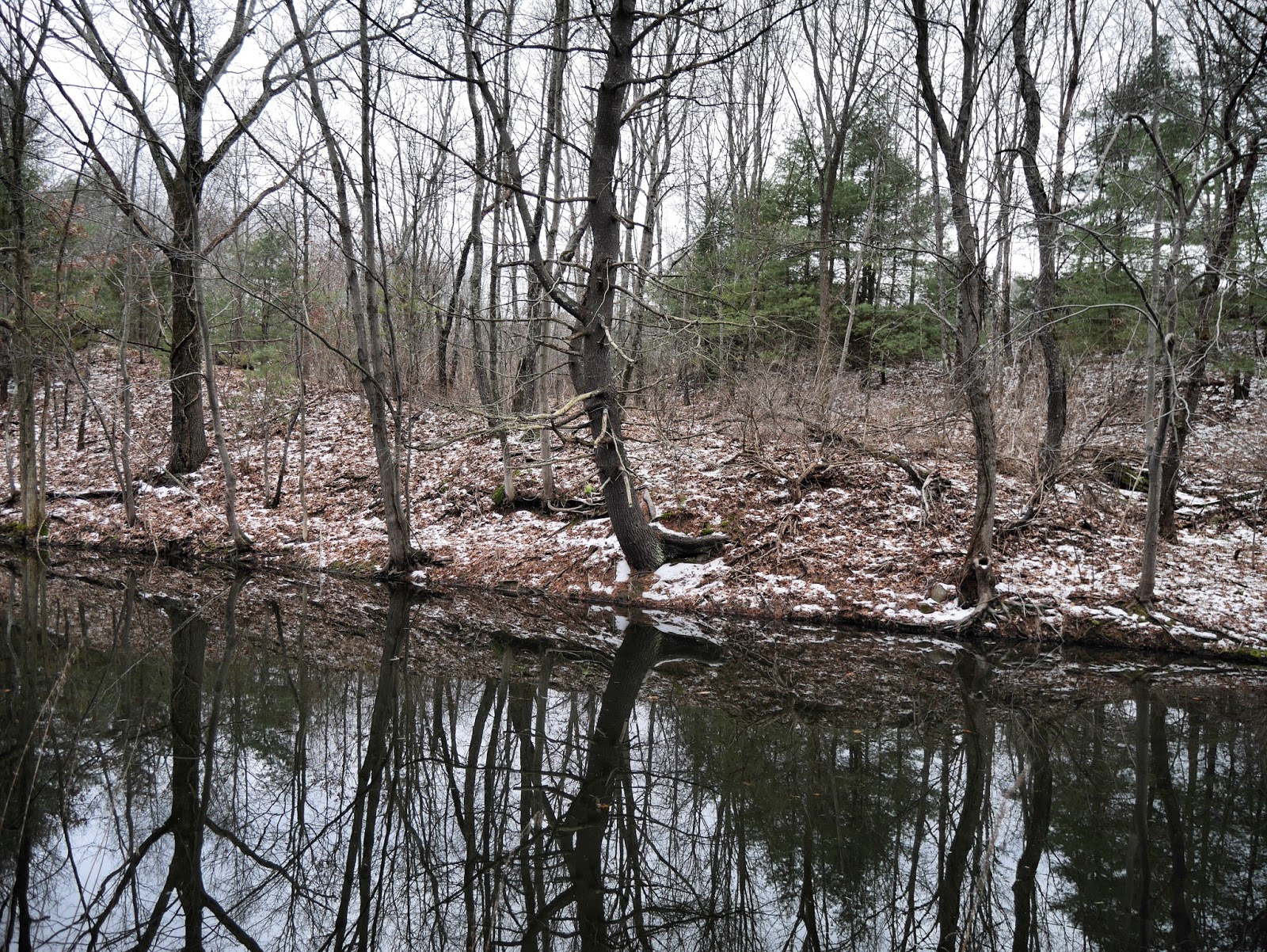 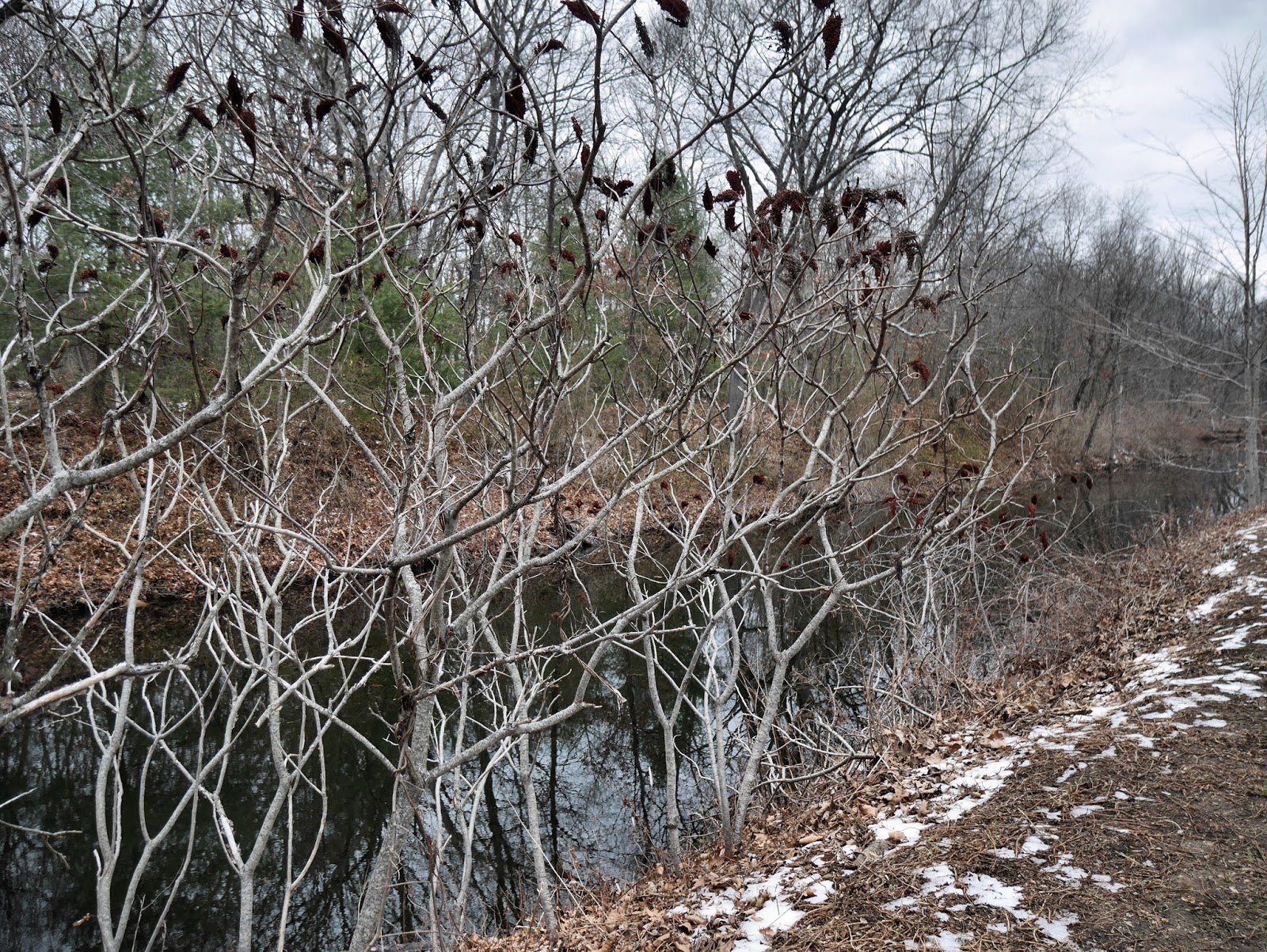 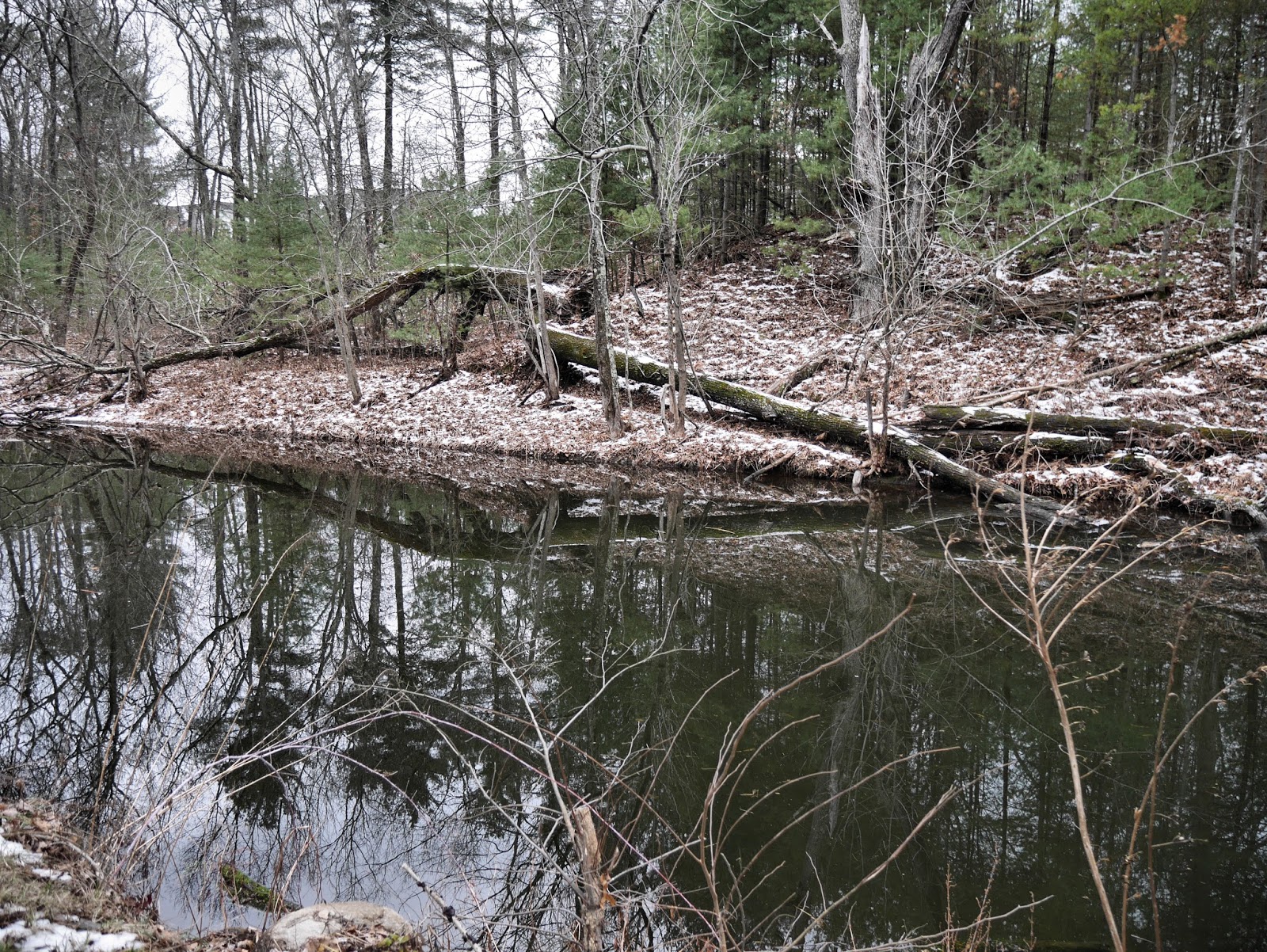 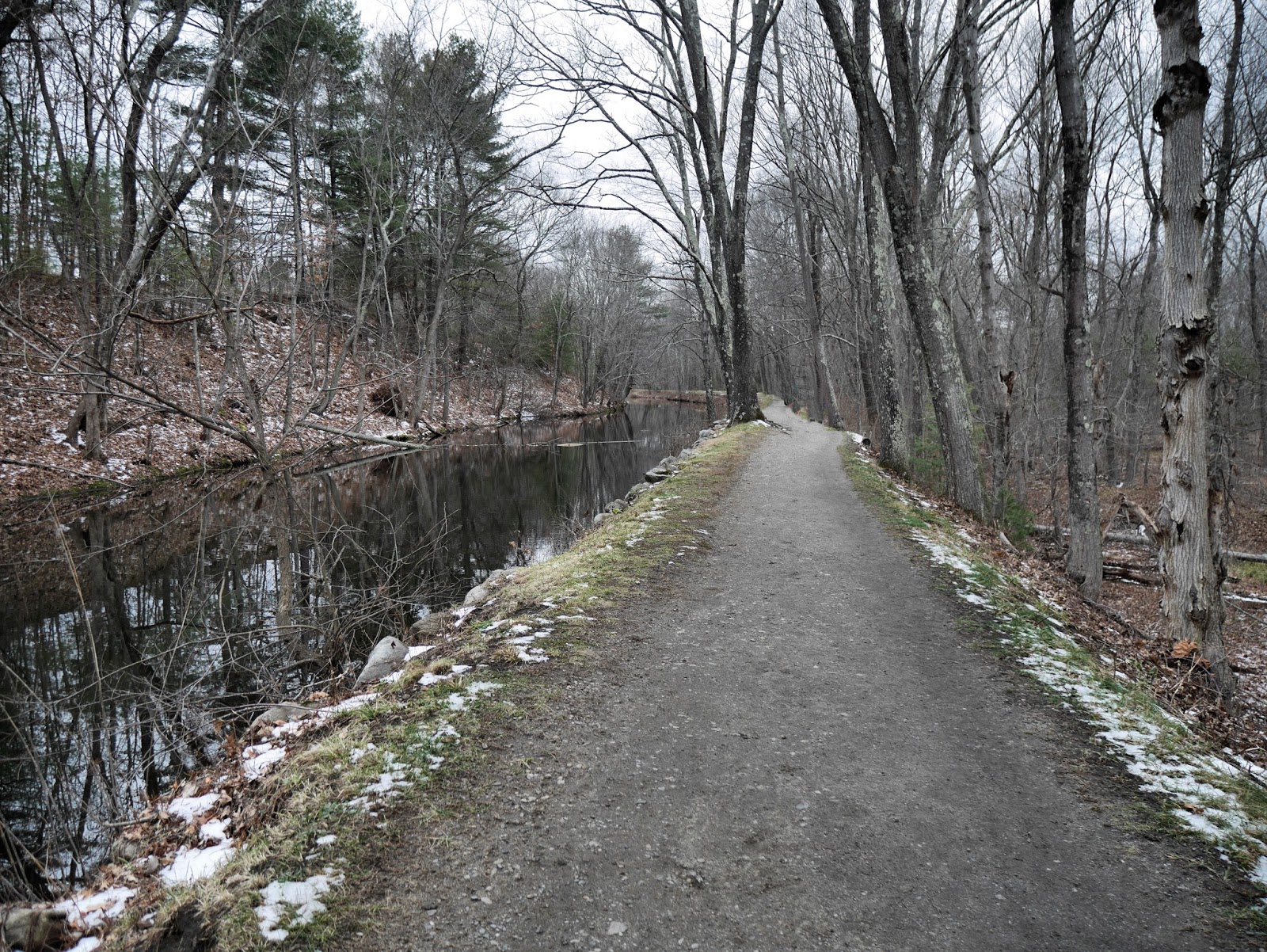 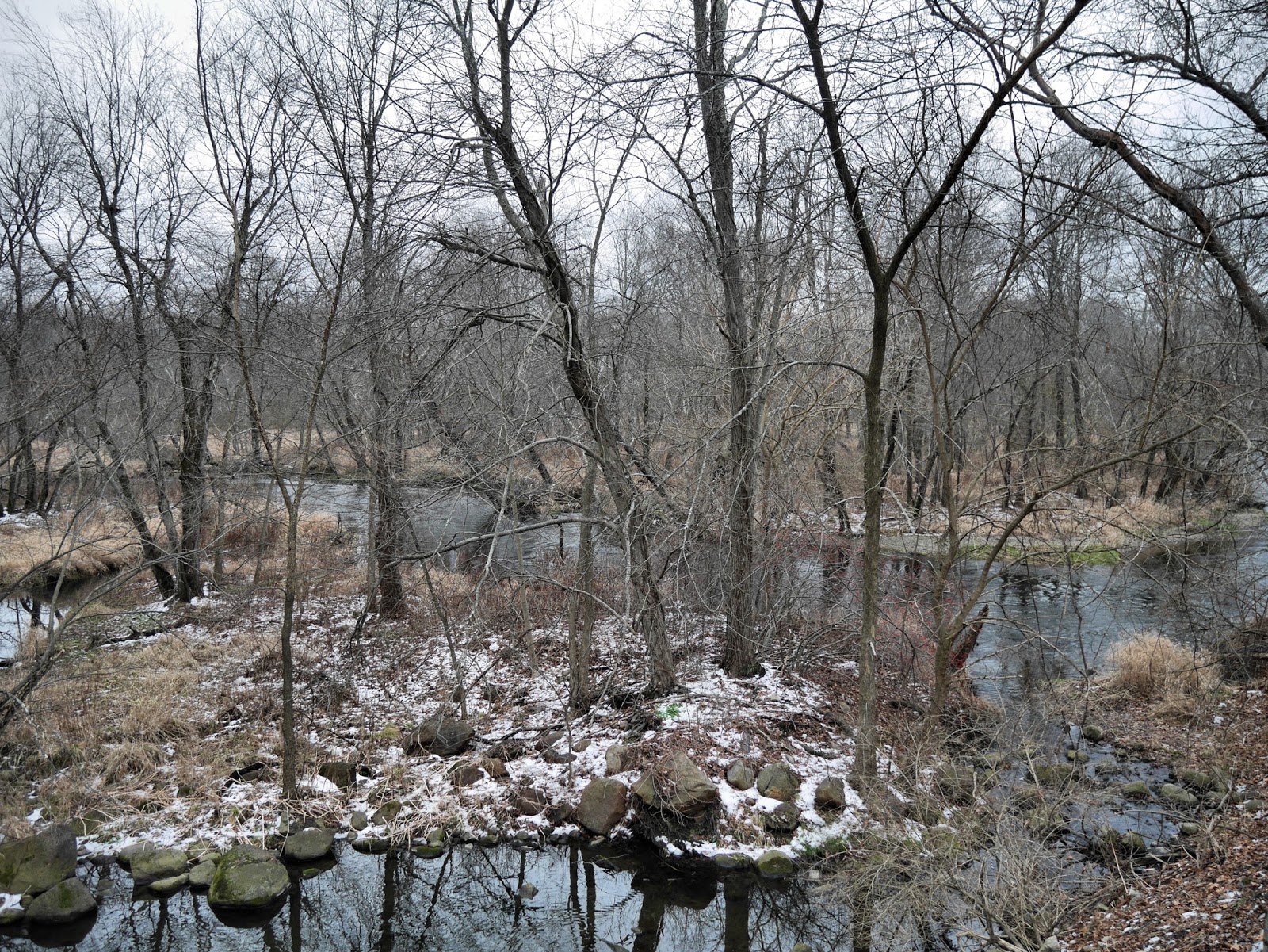 Posted by Johnna Kaplan at 7:10 AM