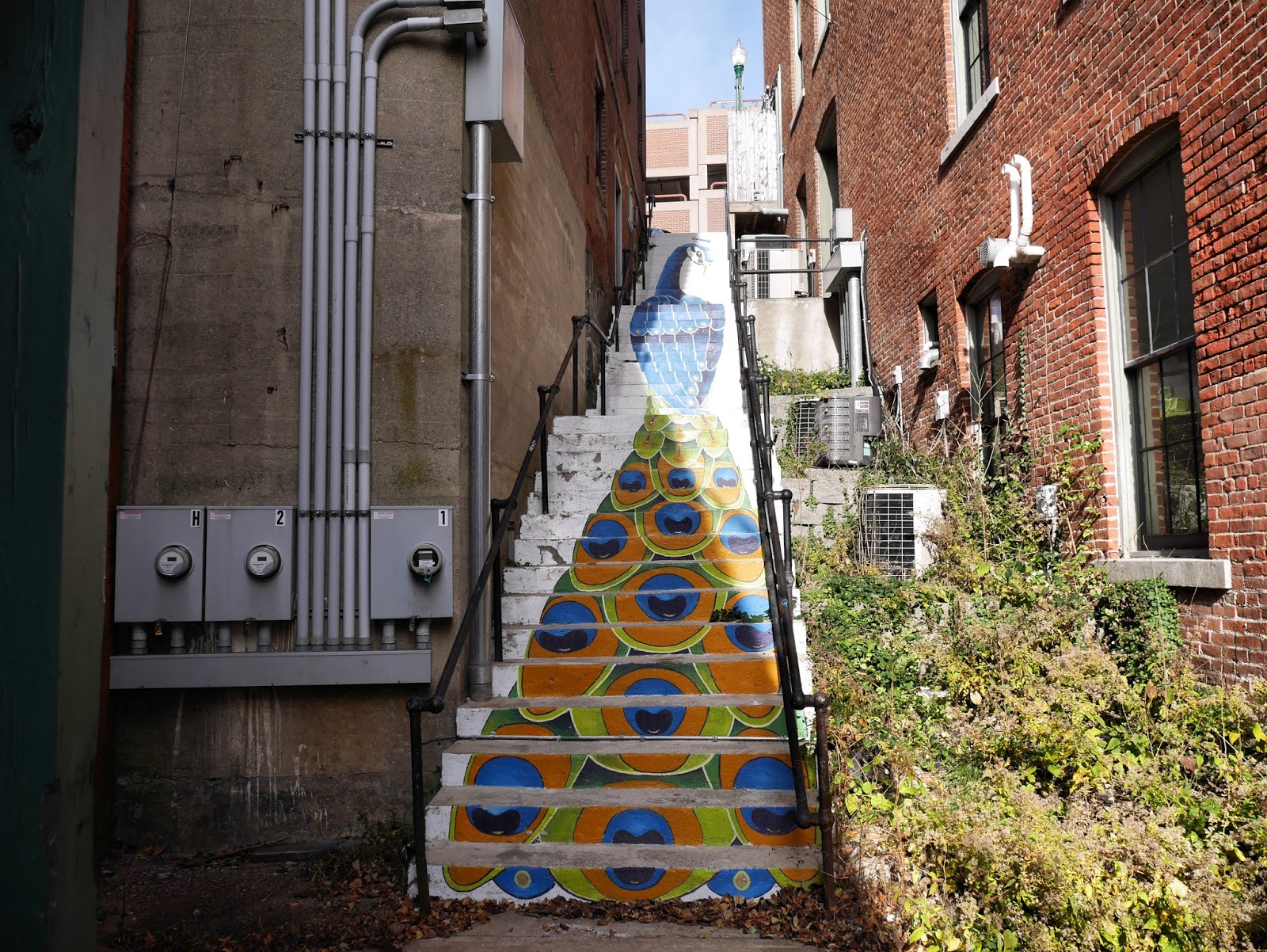 Happy New Year, and welcome to a new type of post I've been wanting to incorporate into The Size of Connecticut. I had the idea to do a little series of "Top Fives," grouping five similar destinations, in the hope that it might help people looking for a particular type of place to go.

This first one is about some of the small (population-wise, though some are tiny in area as well) Connecticut cities that often fly under the radar of people in the Nutmeg State and outside of it. For the purposes of this post I'm defining city as a municipality that is incorporated as a city (in Connecticut, you can't always tell what's a city and what's a town without looking it up) and one that feels urban: these places are walkable, they're relatively densely populated and built up, they've historically been centers of industry (not just farmland), and they offer plenty of things to do, places to eat, and sights to see.

The so-called Rose of New England, at the confluence of the Thames, Shetucket, and Yantic Rivers, is the place to go if you like to be surprised by dramatic architecture and topography. From the downtown area, with its hilly, one-way streets and unpretentious waterfront, to Norwichtown, where 18th and 19th century homes surround the town green, to the time-warped old mill village of Taftville, Norwich is as unexpected as its new peacock mural - painted on a set of alley stairs - would suggest. This city can seem a bit abandoned at times, but that's what lets visitors pretend they're the first to have discovered it.

Some other Norwich attractions are the Slater Memorial Museum at the Norwich Free Academy, the Leffingwell House Museum, the Veterans Memorial Rose Garden in Mohegan Park, the Spa at Norwich Inn, and several history-centered walking tours, including one dedicated to local hero-turned-villain Benedict Arnold.

With only about five and a half square miles of land to its name, New London is tiny. But the Whaling City, located where the Thames River meets Long Island Sound, makes up for that by being saturated with what feels like more history per square inch than any other place in the state. It's also got more than its fair share of art galleries, coffee shops, and restaurants. Here, old-fashioned beaches and lighthouses meet military pride and an eclectic, artistic, diverse downtown. New London seems to constantly swing between downturn and revitalization, but you could say it's impressive the city exists at all, given that the aforementioned Benedict Arnold burned most of it down in 1781.

Within Connecticut, Middletown's appeal is no secret (though residents of the state's corners who are less familiar with its center can be quite surprised the first time they stumble across this charming city.) But elsewhere, aside from the occasional "Most Romantic Main Street" award, Middletown is relatively unknown. Which is too bad, because this place - funky college town meets plucky New England city in a spot geographically fortunate enough to offer a plethora of activities for sporty outdoor types - should be on more people's "to visit" lists. The main attraction is the downtown area, situated along the Connecticut River. It's full of interesting places to eat, drink, and shop, and it looks like the set of a wholesome Midwestern musical with a Northeastern edge.

A handful of places to go in Middletown are Harbor Park, Wesleyan University, NoRa Cupcakes, and the Parklands at Long Hill. With children, try the Kidcity Children's Museum, Adventure Rooms, and Oddfellows Playhouse.

Winsted - an incorporated city for Connecticut's purposes but technically a part of Winchester, the larger town that almost completely surrounds it - looks like no other place in the state. Its most unusual feature, a wide Main Street with buildings lining just one side, gives this New England town a feeling of the Old West. The design is the reaction to a catastrophe. In 1955, the floods that deluged many Connecticut towns flattened much of Winsted's downtown. After that, Main Street was rebuilt to give the Mad River, which usually flows happily beside it, room to go mad again. Winsted, called the Laurel City, is one of Connecticut's earliest mill towns, and old brick factory buildings still loom large in its landscape. Now some of these mills are being put to new uses, and the city might just transform itself yet again.

Here's a selection of Winsted points of interest: the Soldiers' Monument and Memorial Park, Whiting Mills, the Gilson Cinema and Cafe, and Ralph Nader's American Museum of Tort Law.

Derby is Connecticut's smallest city (its motto is literally "Connecticut's Smallest City") which makes it worth visiting simply as a curiosity. (How did those early settlers cram a whole city into such a small space, and why did they bother?) But although this industrious little city with a very small-town vibe is not exactly bustling with activity, there's more to this tiny municipality than a superlative. The Housatonic and Naugatuck Rivers converge here, making for some lovely waterfront walks and views. (There are also six bridges.) Preserved 19th century buildings surround Derby Green, where the road signs bear the names of female relatives of the private developers who convinced the local government to lay out the streets. And Derby is very proud of its very weird history, including this Revolutionary War story about pork.

If you go to Derby, places to check out include the Derby Greenway, the Sterling Opera House, the General David Humphreys House, and Books by the Falls.
Posted by Johnna Kaplan at 8:50 AM