In 1678, the first woman to earn a doctoral degree from a university received her doctorate in philosophy in Italy. In England, an amendment to the Test Act barred Catholics from membership in both houses of Parliament. In North America, the French explorer La Salle began constructing what some consider the first ship to sail the Great Lakes, named Le Griffon. (It disappeared, along with its crew and cargo of furs, somewhere in Lake Michigan the following year.) And in Connecticut, Joshua Bushnell built a two-room post and beam house with a thatched roof on what is now the Post Road in Old Saybrook.

The imposing salt-box you see today, if you happen to glance up from the traffic and look over at the grey-brown building set back from the road, has evolved and expanded over the 200 years it was owned by the Bushnell family. If you look closely, you can also spot some of the outbuildings on the property, which include five other structures still in their original locations. One of them is a barn; another is disconcertingly called the Slave House. In some contexts this can mean a building where people were imprisoned before being sold into slavery; here, absent a definition in any source I can find, my guess is that it meant the dwelling of enslaved people belonging to the Bushnell family. (Educational programs at New London's Joshua Hempstead House, built the same year, are partially devoted to the experiences of the Hempsteads' slaves.) 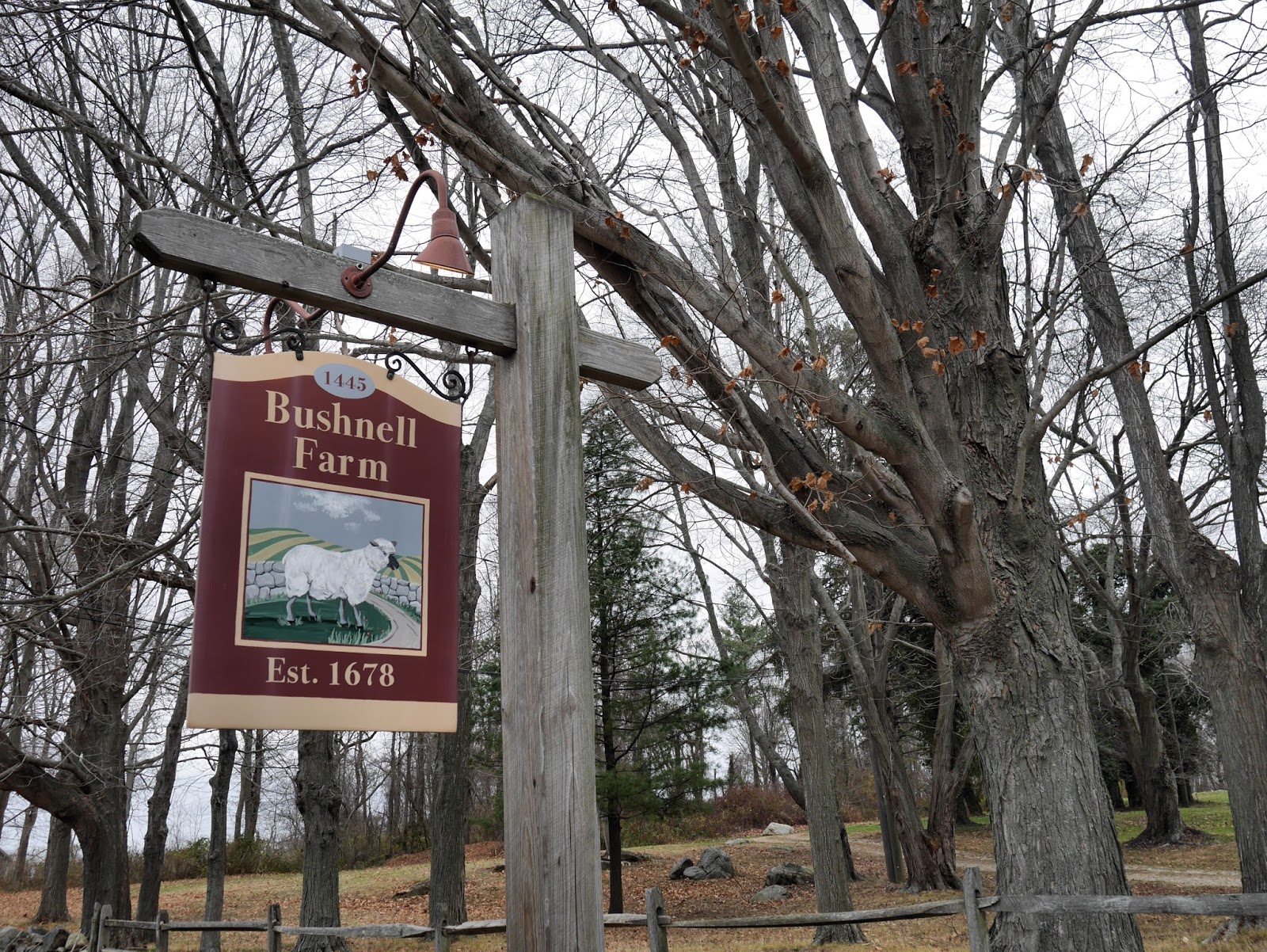 Bushnell Farm, as it is sometimes known (it's also called the Elisha Bushnell House or the Older Bushnell House) is not a museum. It is privately owned. It's not open to the public, except on special occasions like Old Saybrook's 375's birthday in 2010, or for events like children's summer camps and seasonal celebrations. 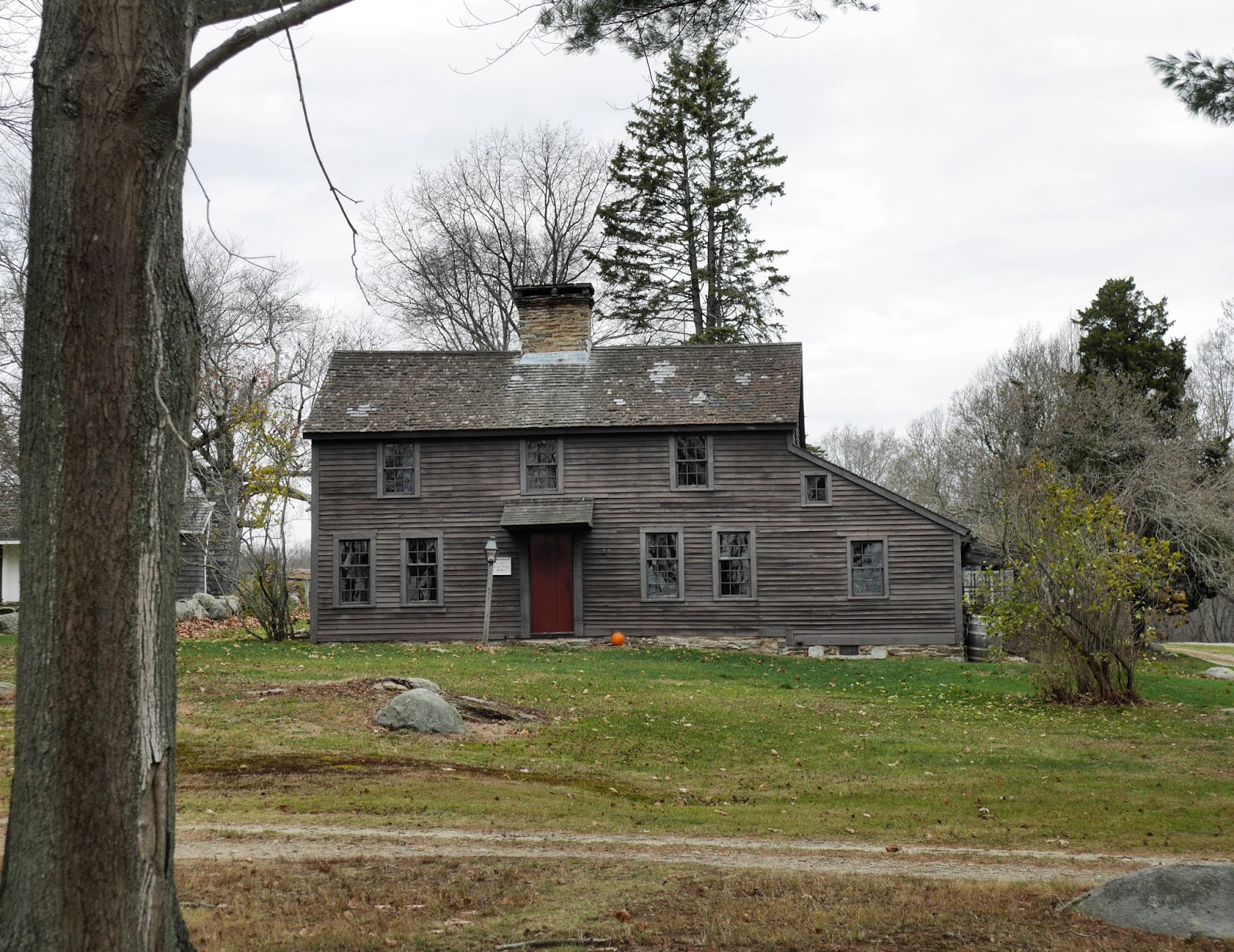 Now that the farm's 22 acres are surrounded by the distracting buzz of modernity, the house is easy to miss. But if you're in Old Saybrook, keep an eye out for 1445 Boston Post Road. This is one of the five oldest remaining houses in Connecticut, and even a quick glance at it will give you a little glimpse of how it must have been to live here 337 years ago.

(And if you were wondering, yes, this is the same Bushnell family that produced David Bushnell, inventor of the first submarine - there's a replica of it at the Connecticut River Museum in Essex - and Horace Bushnell, namesake of Hartford's Bushnell Park and Bushnell Center for the Performing Arts.)
Posted by Johnna Kaplan at 9:55 AM