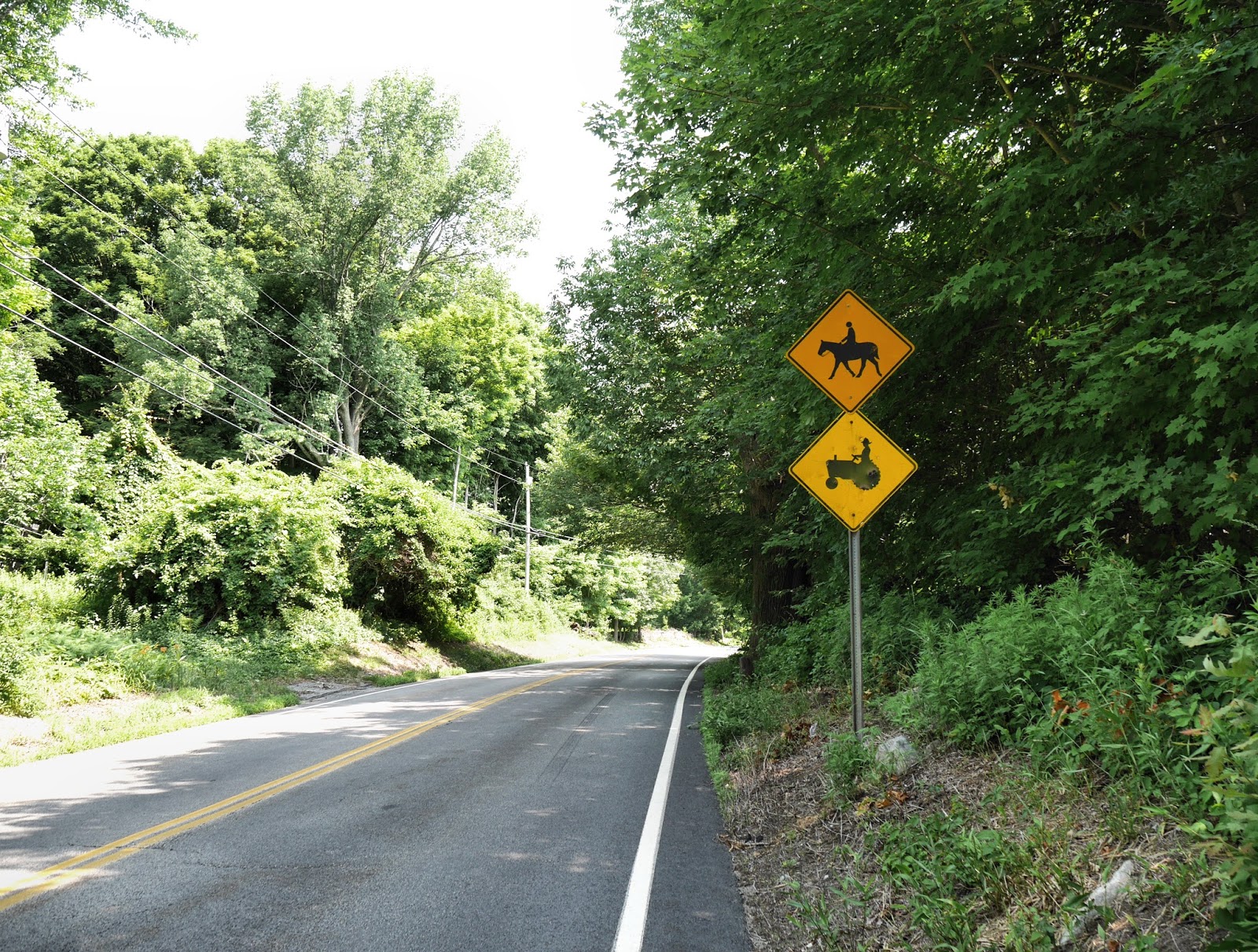 If you, like me, occasionally open the Twitter app and scroll a bit before becoming despondent at the state of the world and quickly opening Instagram to stare at photos of kittens instead, you may have become dimly aware of a recent WalletHub article titled 2015's Best and Worst States for Summer Road Trips.

The piece, which enjoyed a flurry of  re-tweets and was cited in a bunch of local news reports, ranks US states from 1 to 50 for their supposed road-trip-ability. It is hilarious, as you might expect from travel advice dispensed by a personal finance writer. But the part that particularly amused me was the (entirely expected and entirely inaccurate) assertion that of all the 50 states, Connecticut is the worst for exploring by car.

To refute that silly claim (not that it needs to be refuted), I thought I'd write a little post about one of my favorite Connecticut drives, Route 169. This National Scenic Byway is only 32 miles long, but it winds through some of the prettiest of the state's countryside - an area the Federal Highway Administration calls "one of the last unspoiled areas in the northeastern United States."

As you travel from Lisbon to Woodstock, you will see: centuries-old stone walls crossing green fields that rise and dip like waves; Colonial-era houses and red barns; time-worn headstones in historic cemeteries; horses grazing behind wooden fences; agricultural fairgrounds; antique stores filled with tempting odds and ends; farms and farm stands offering fresh eggs, honey, vegetables, fruit, flowers, and maple syrup; small towns barely changed from when they were settled in the 17th century, except for the addition of cute coffee shops and highly acclaimed restaurants; local museums, historical societies, and carefully preserved buildings; and, of course, that two-lane road, stretching out ahead of you like an invitation.

You can see much more than that, of course; it only depends on how much time you have. Plus, there's no rule that says you have to stay on 169. Turn off on any of the other numbered routes you encounter, and you'll find even more sights to make you LOL at the idea that anyone thinks Connecticut is not road-trip worthy. 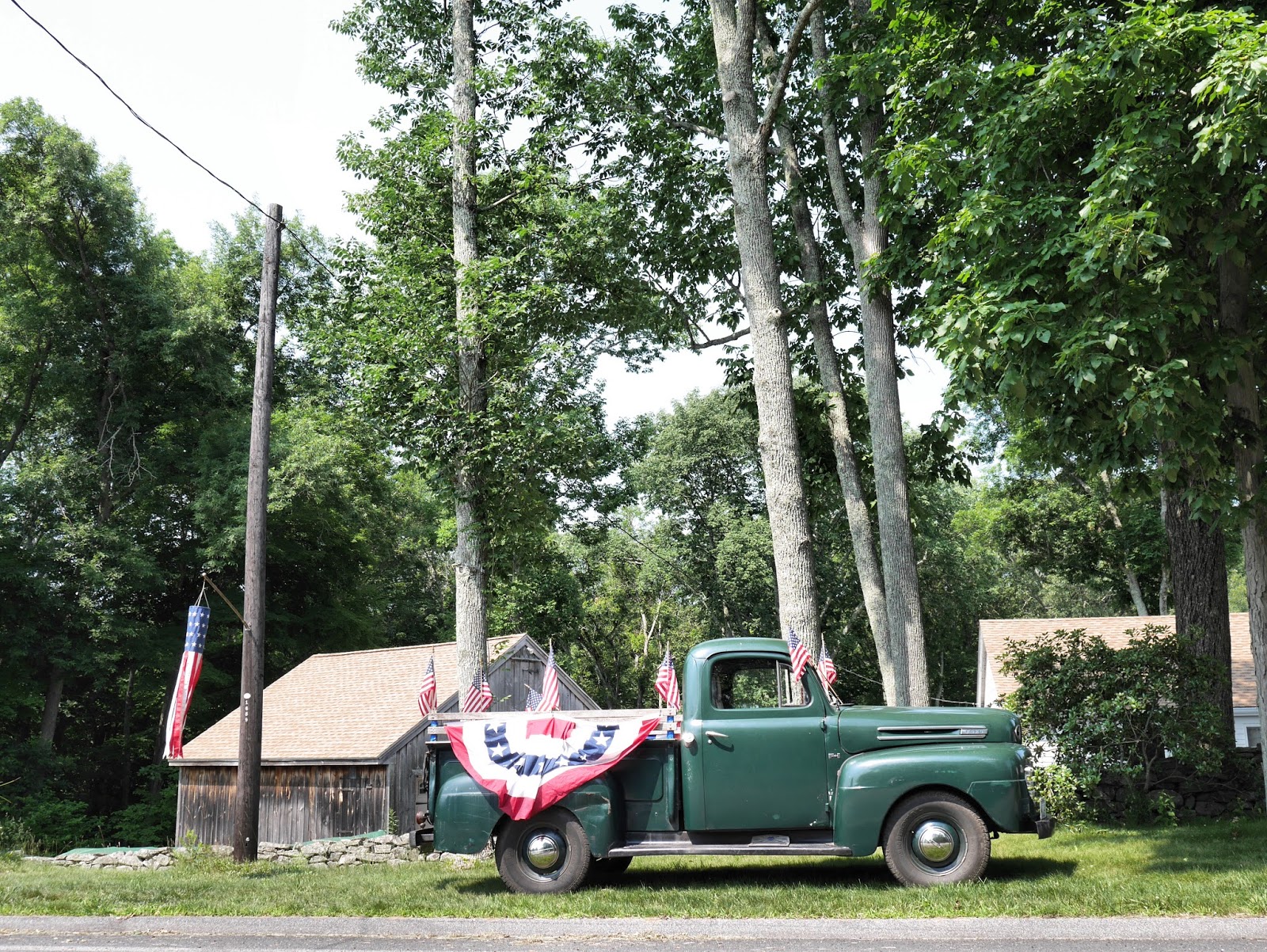 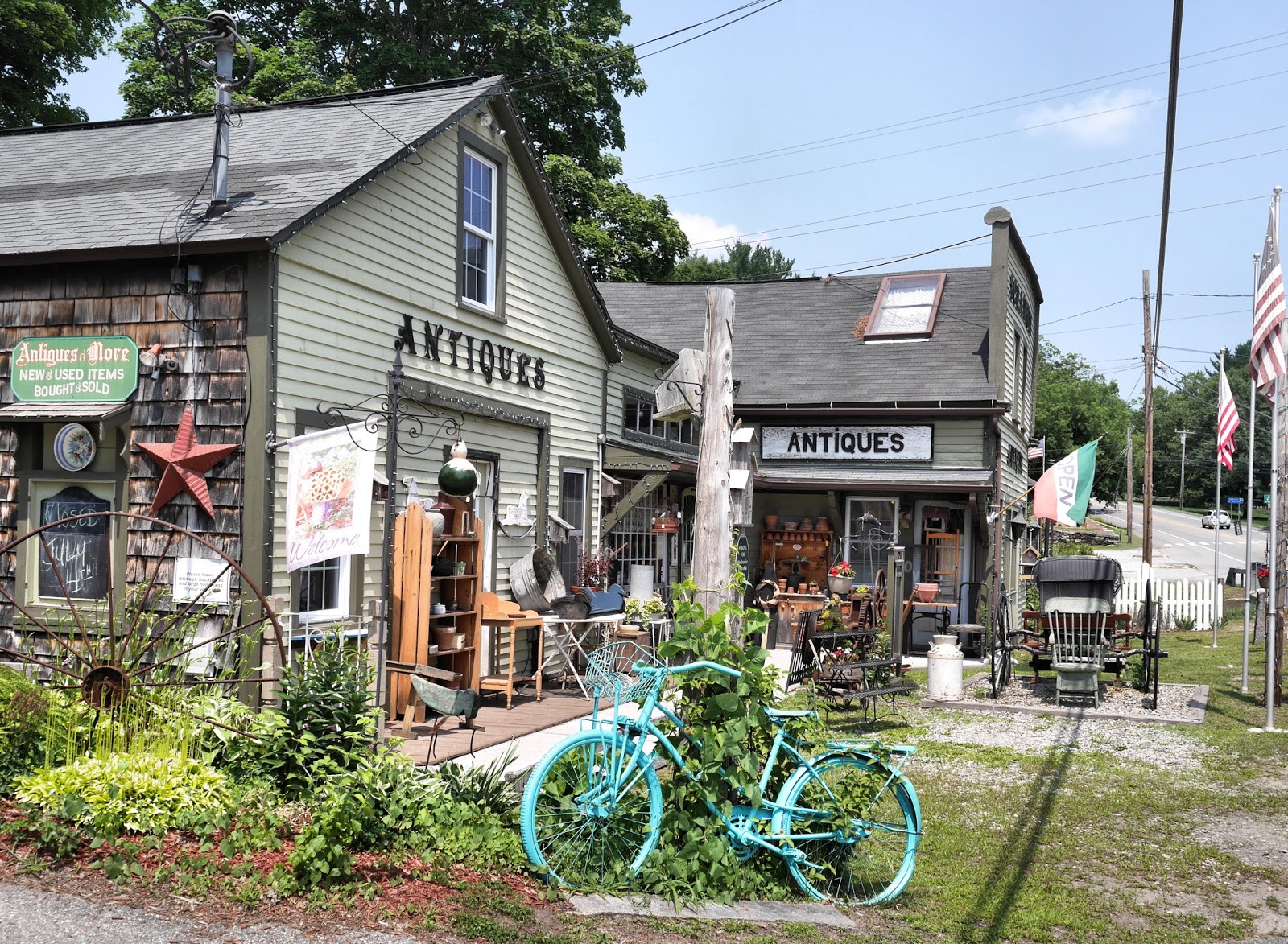 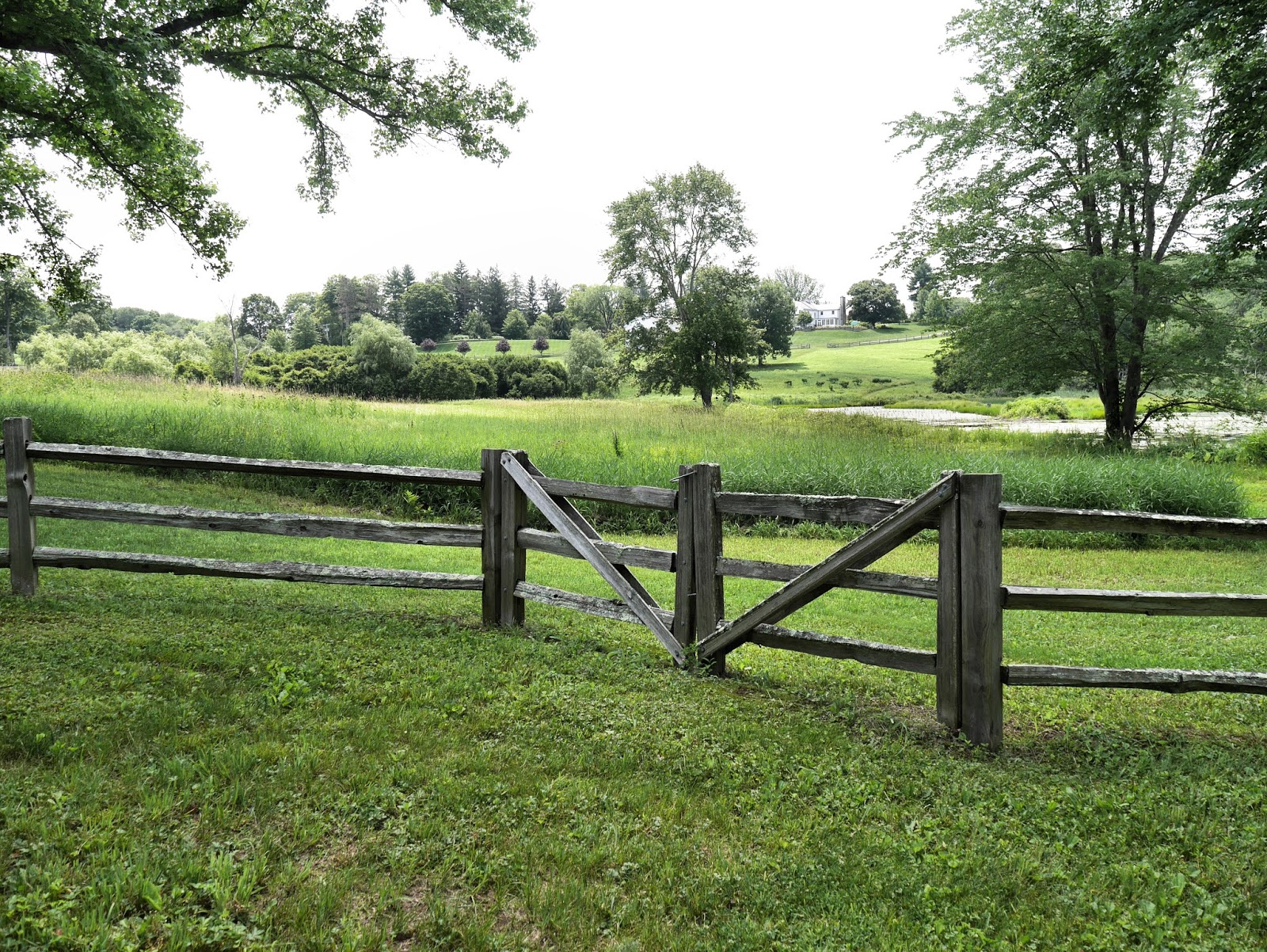 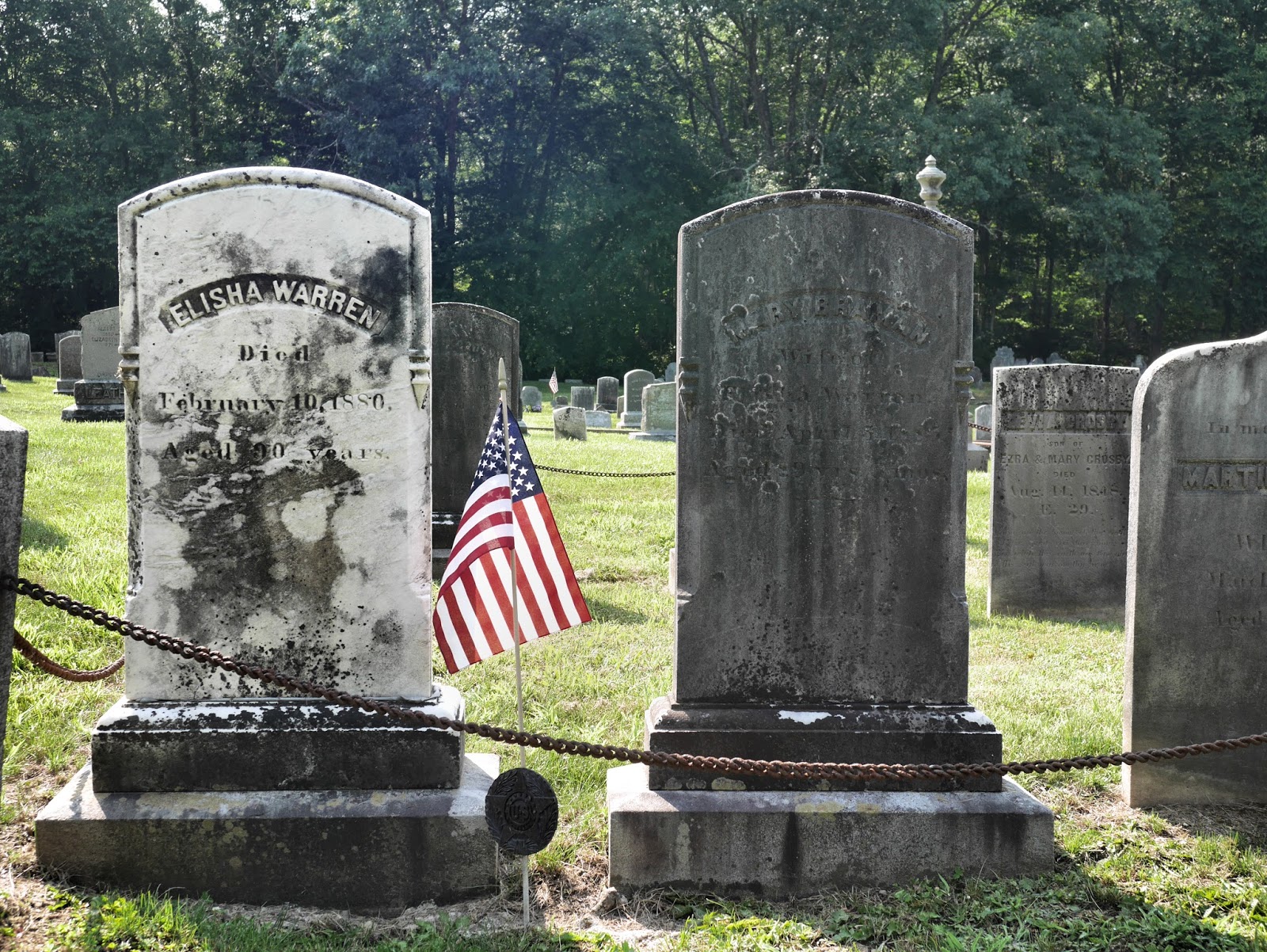 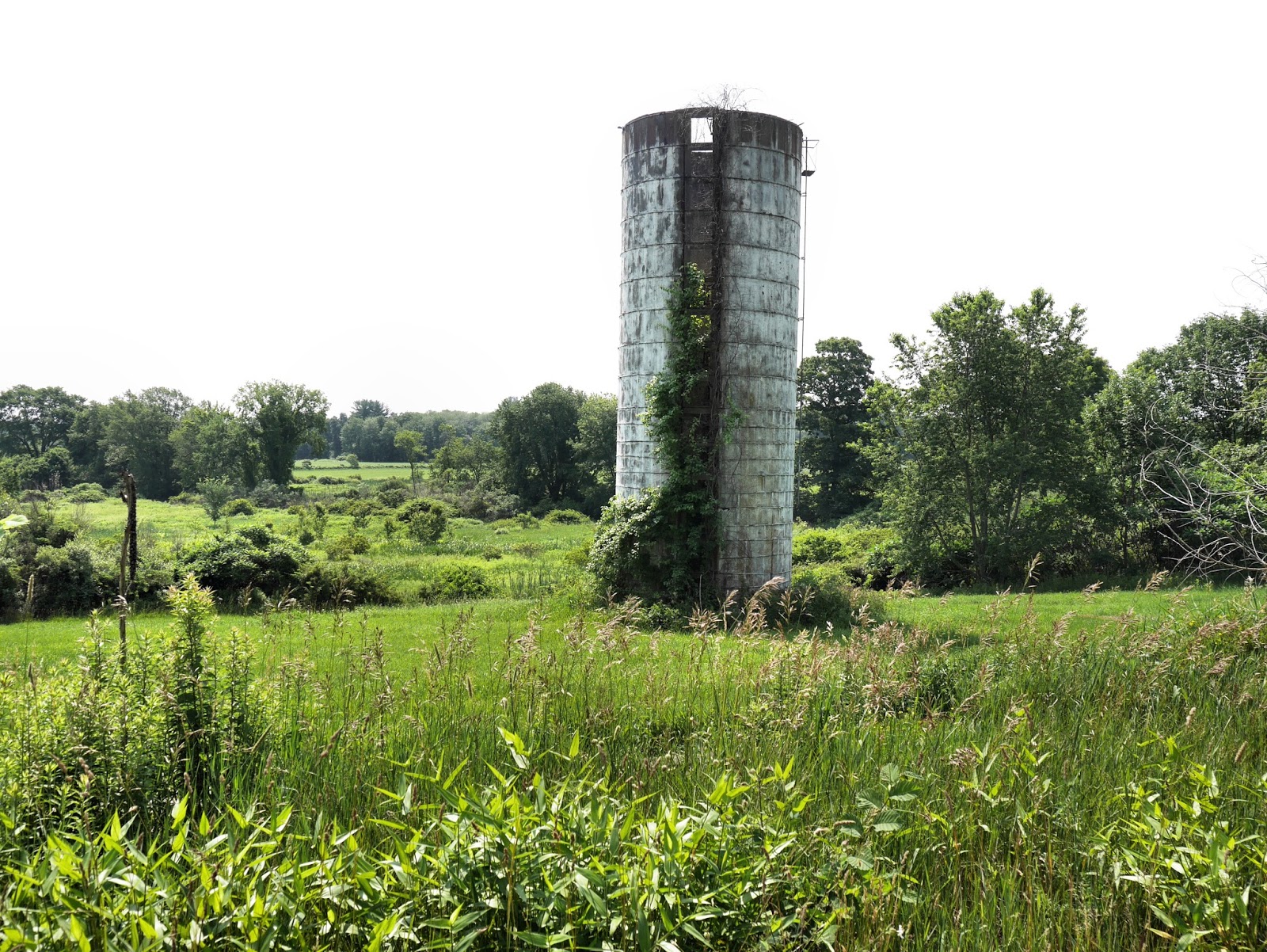 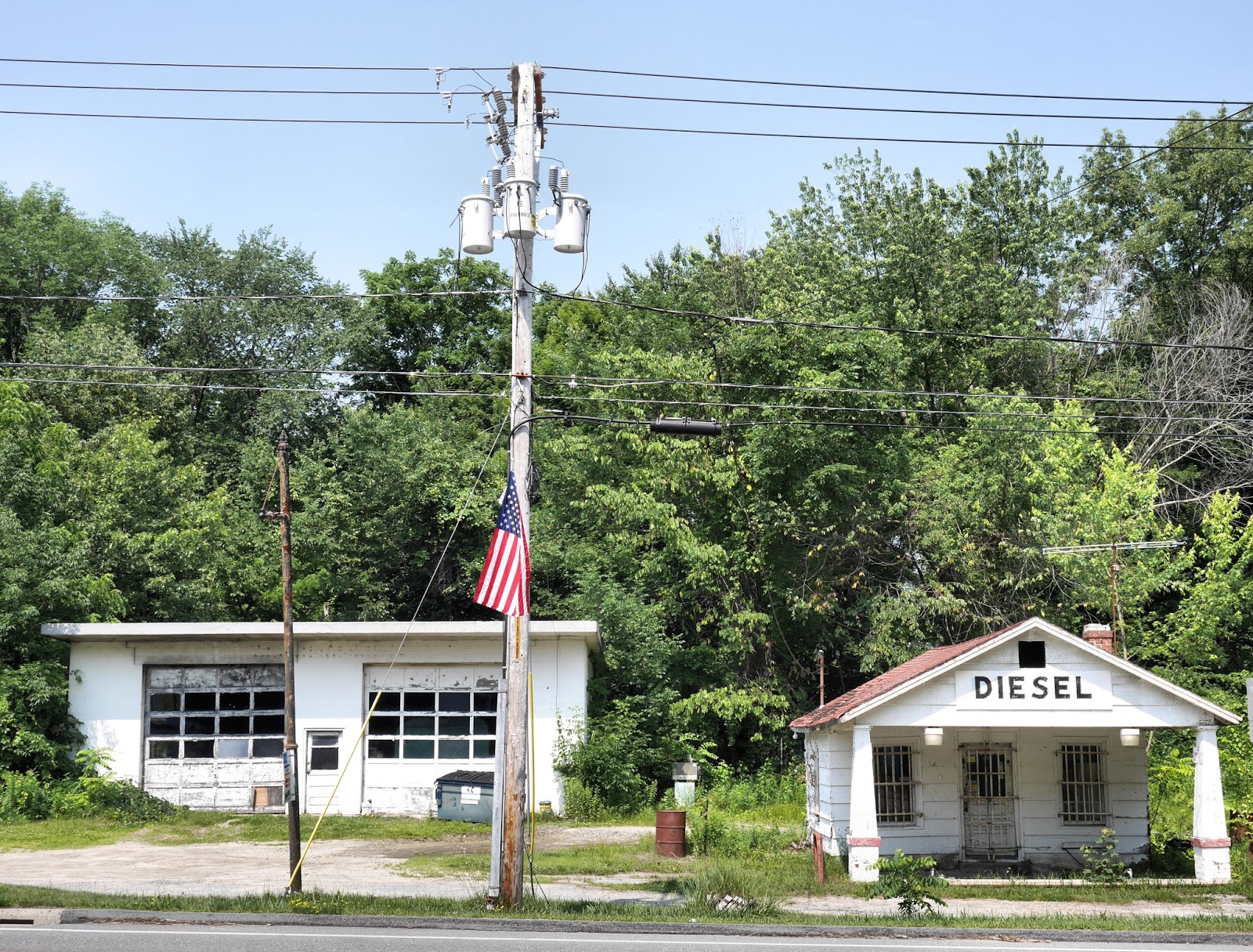 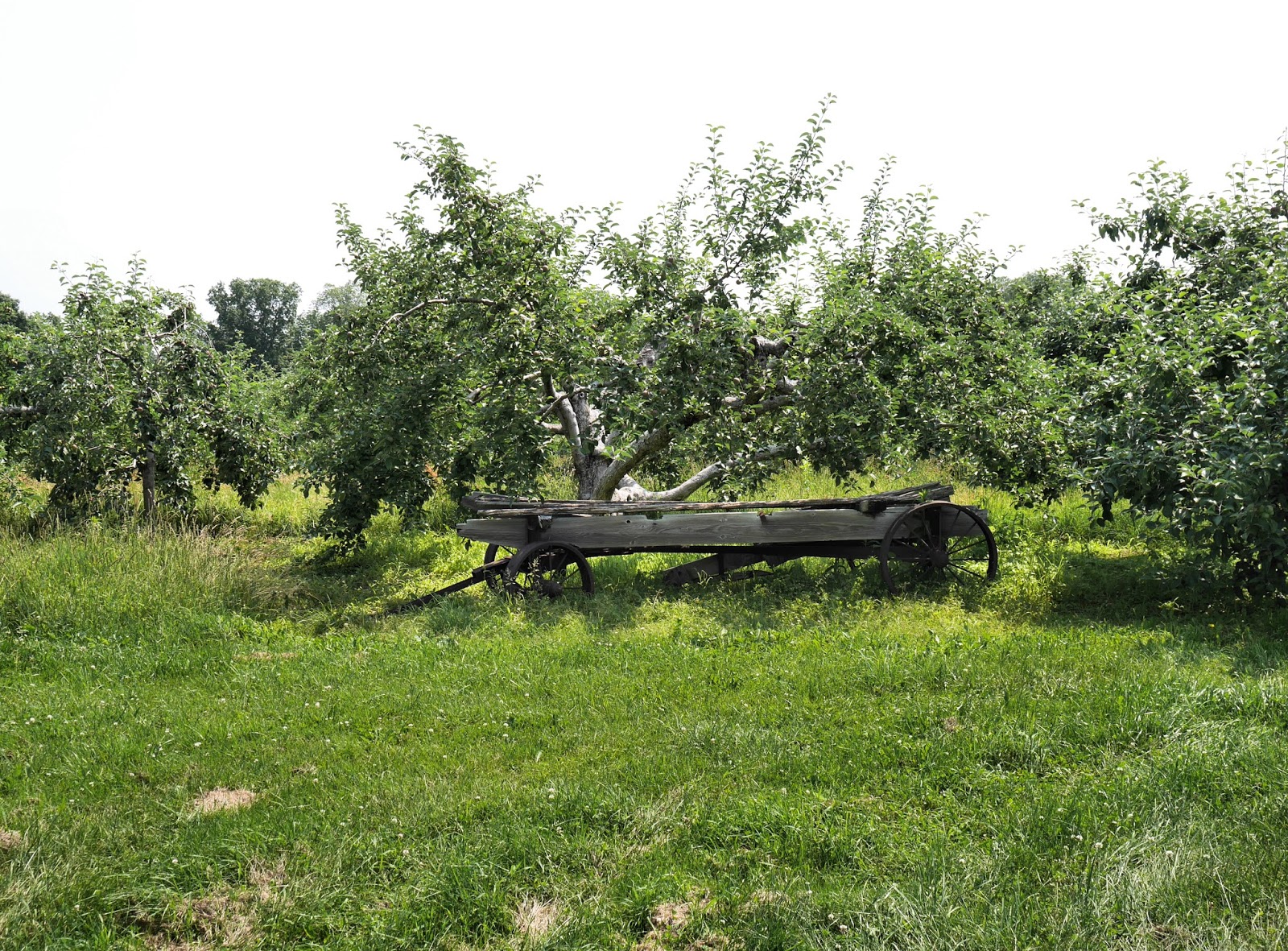 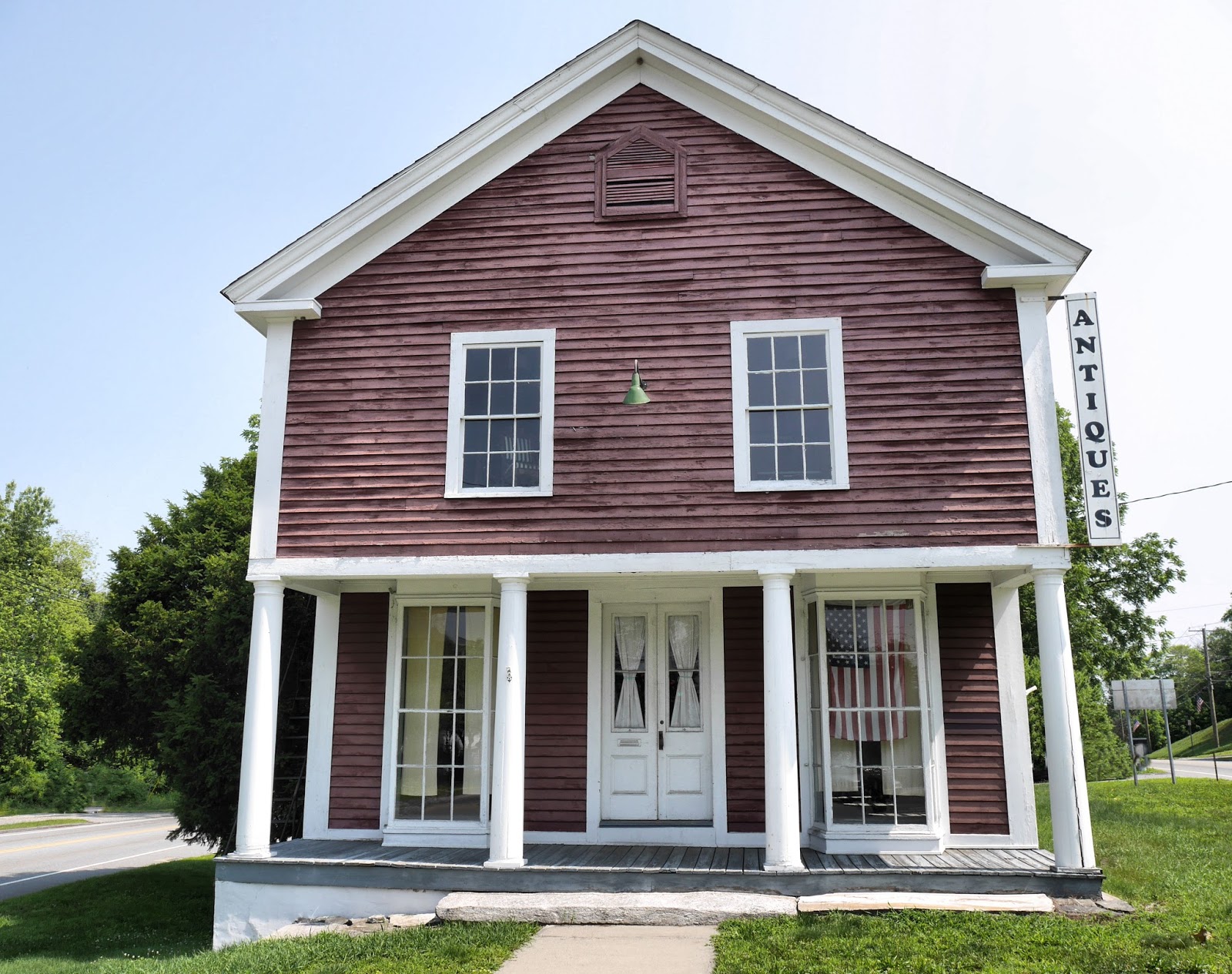 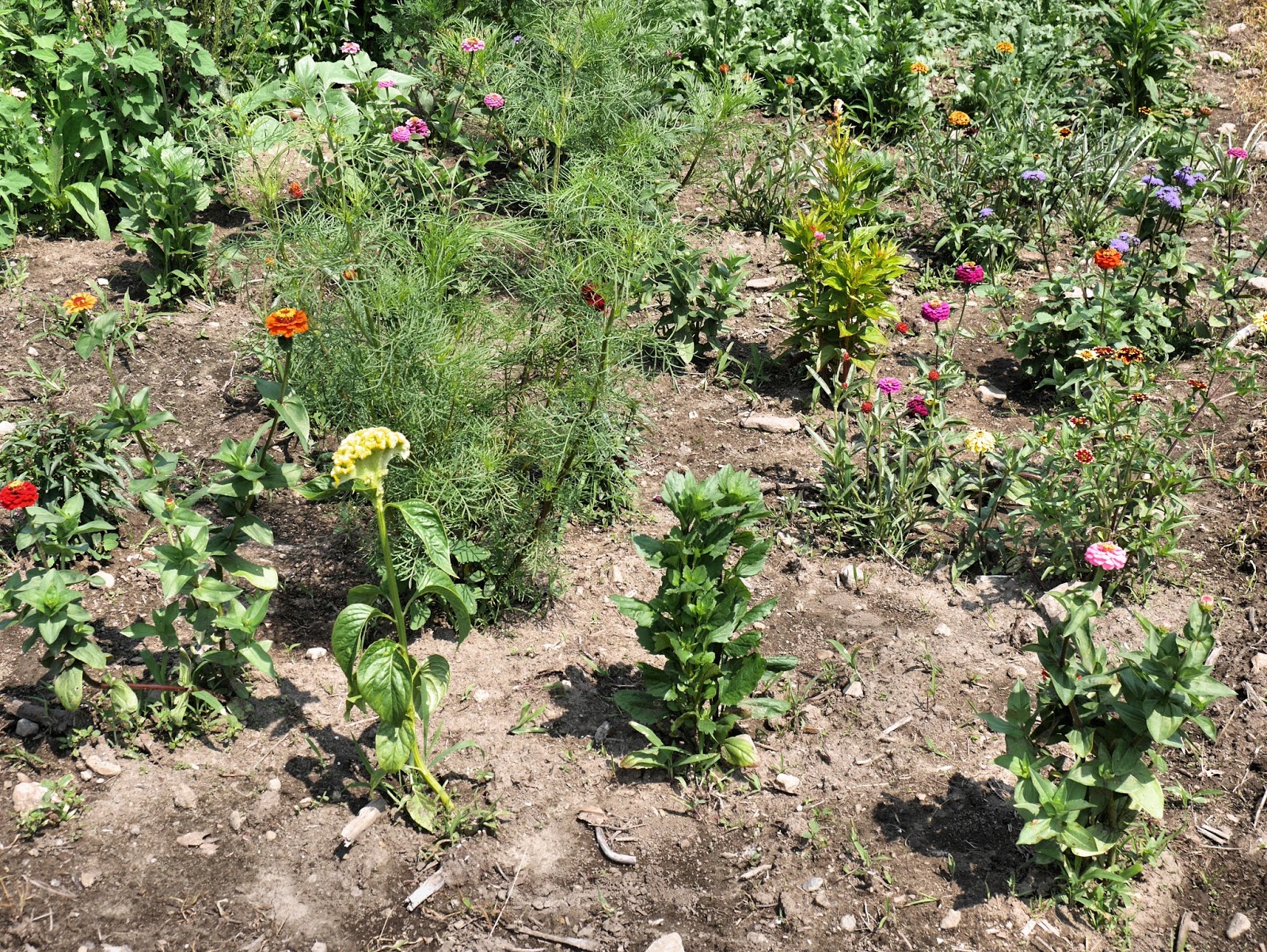 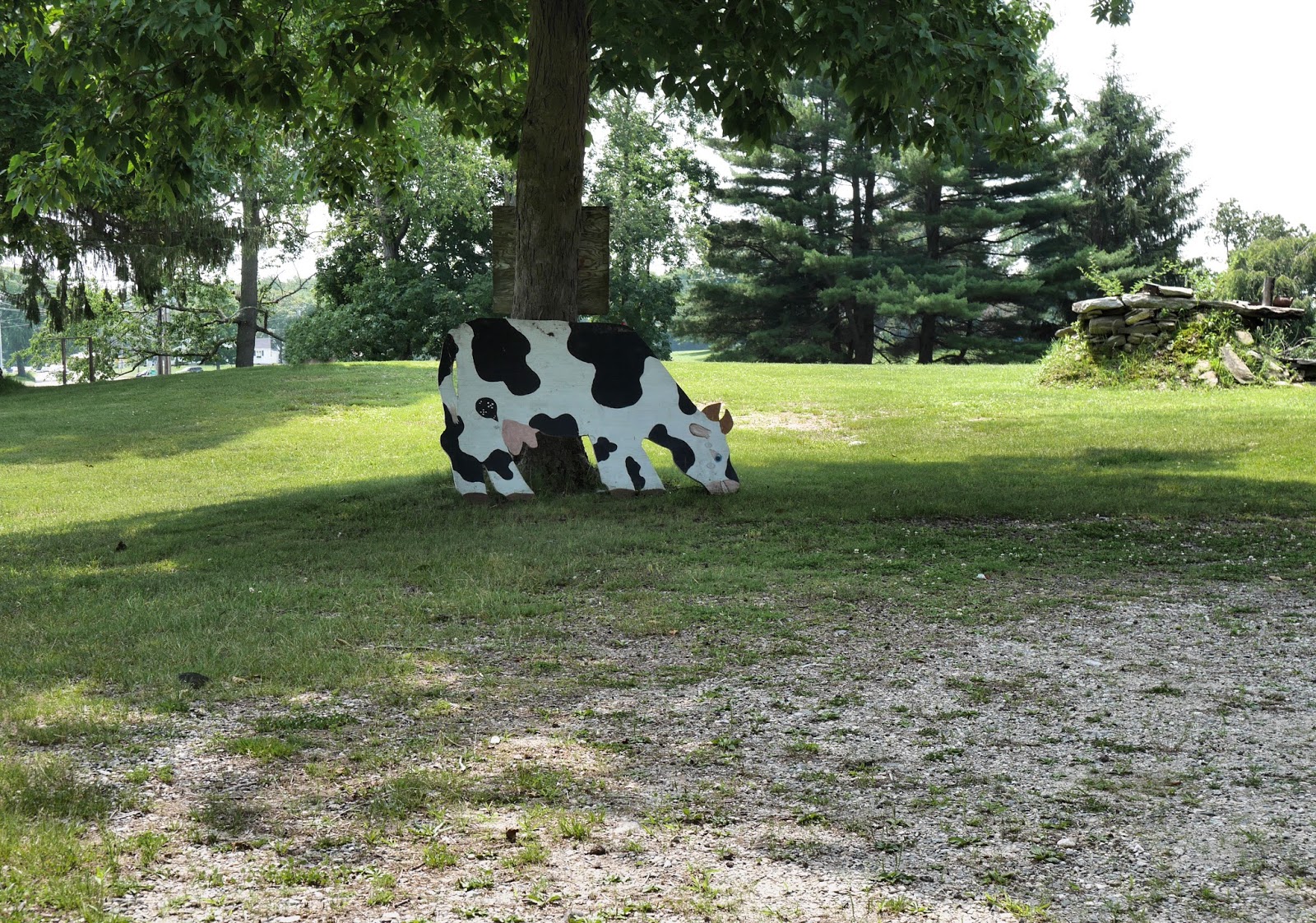 COW, WOODSTOCK (THERE ARE REAL COWS TO BE SEEN TOO) 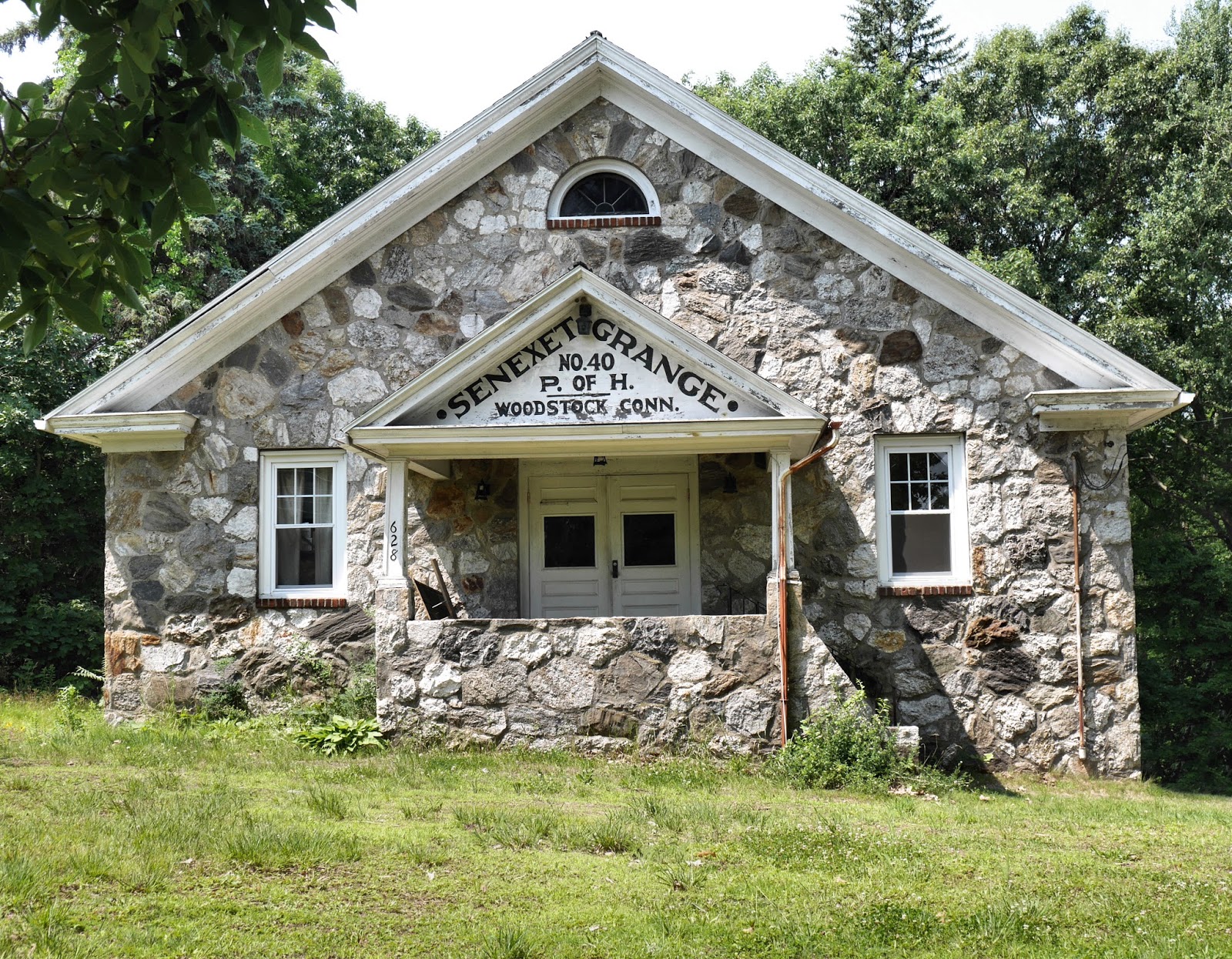 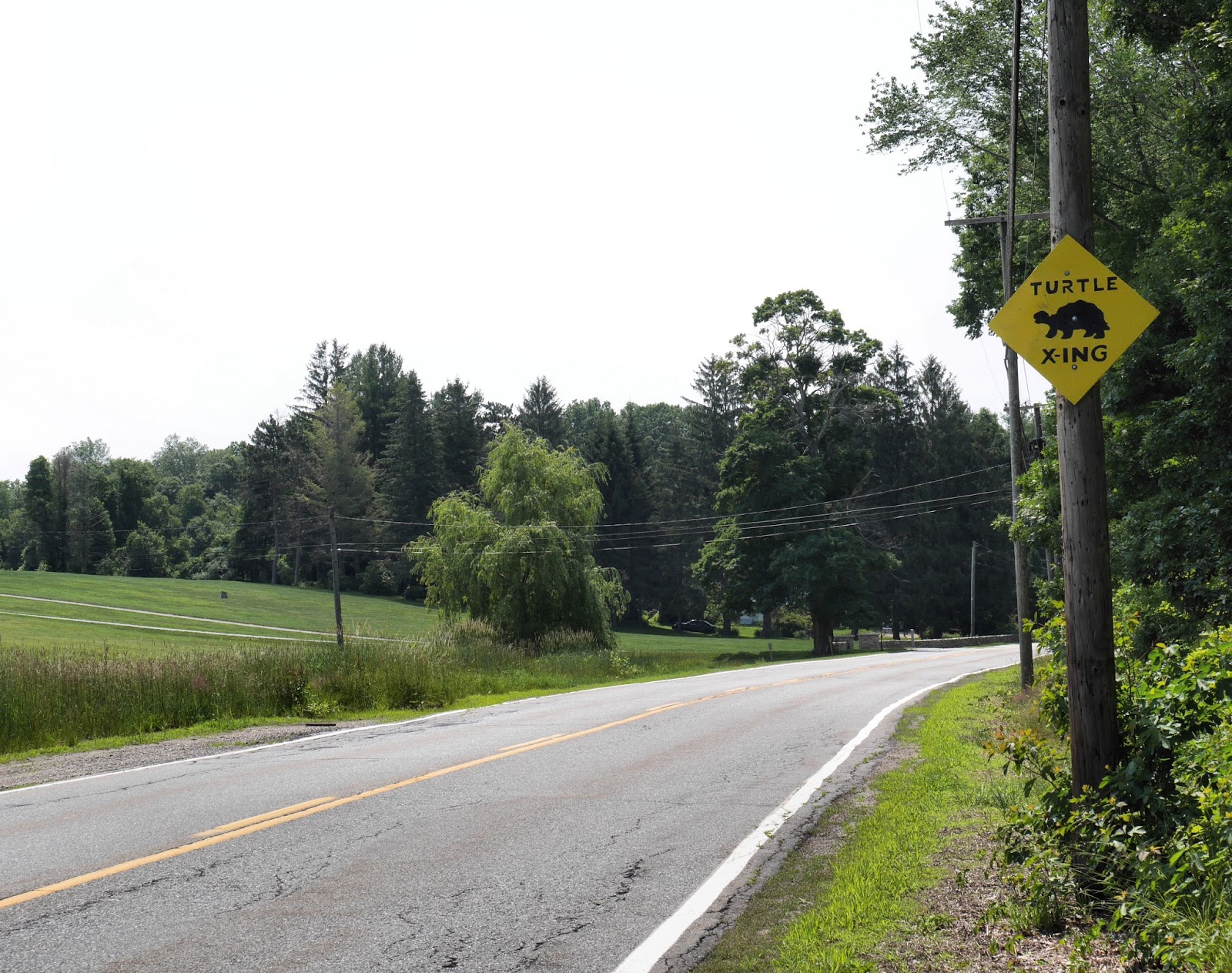 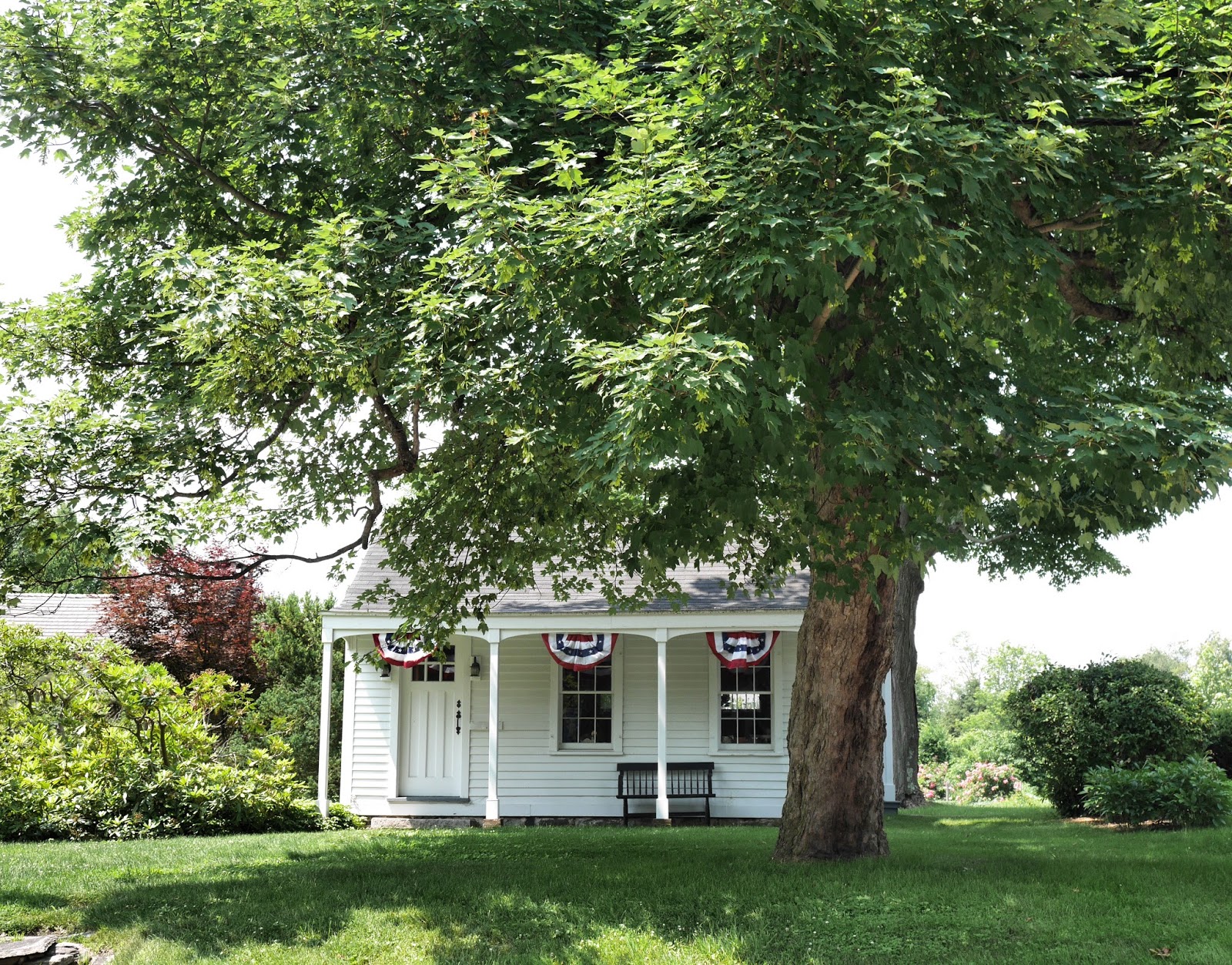 If you want more about Route 169, here are some additional resources:

A map of the route from byways.org.

A recommendation from Yankee Magazine.

And here are some earlier Size of Connecticut posts about just a fraction of what you can see and do along the way:

If you want to add something else on to a drive on Route 169, consider these two former mill towns: Norwich, at the southern end, has museums, parks, and an eclectic city feel, and Putnam, at the northern end, has shopping, dining, and a classic small-town atmosphere.

Posted by Johnna Kaplan at 9:30 AM