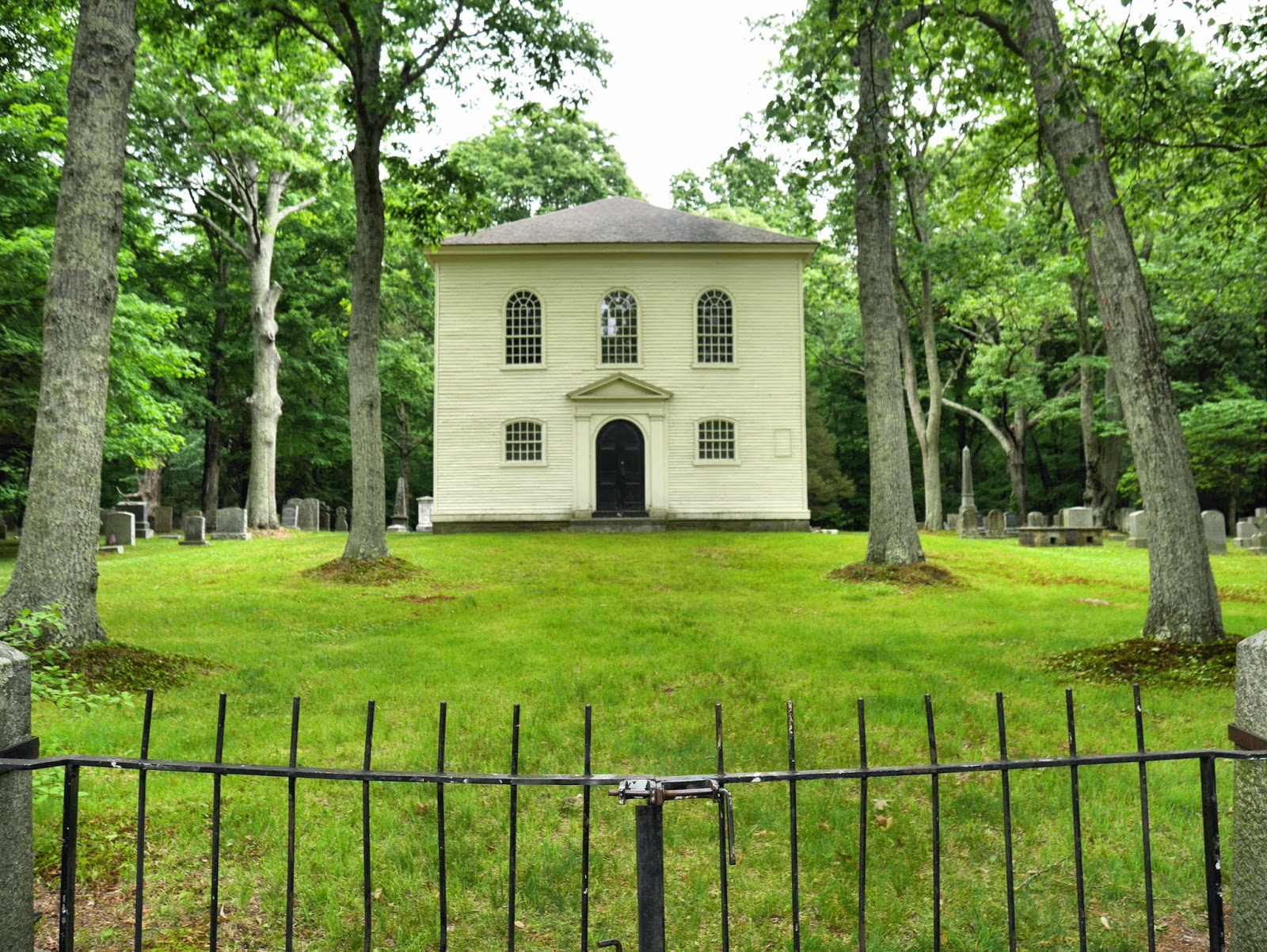 On Church Street in Brooklyn, you will find Old Trinity Church. 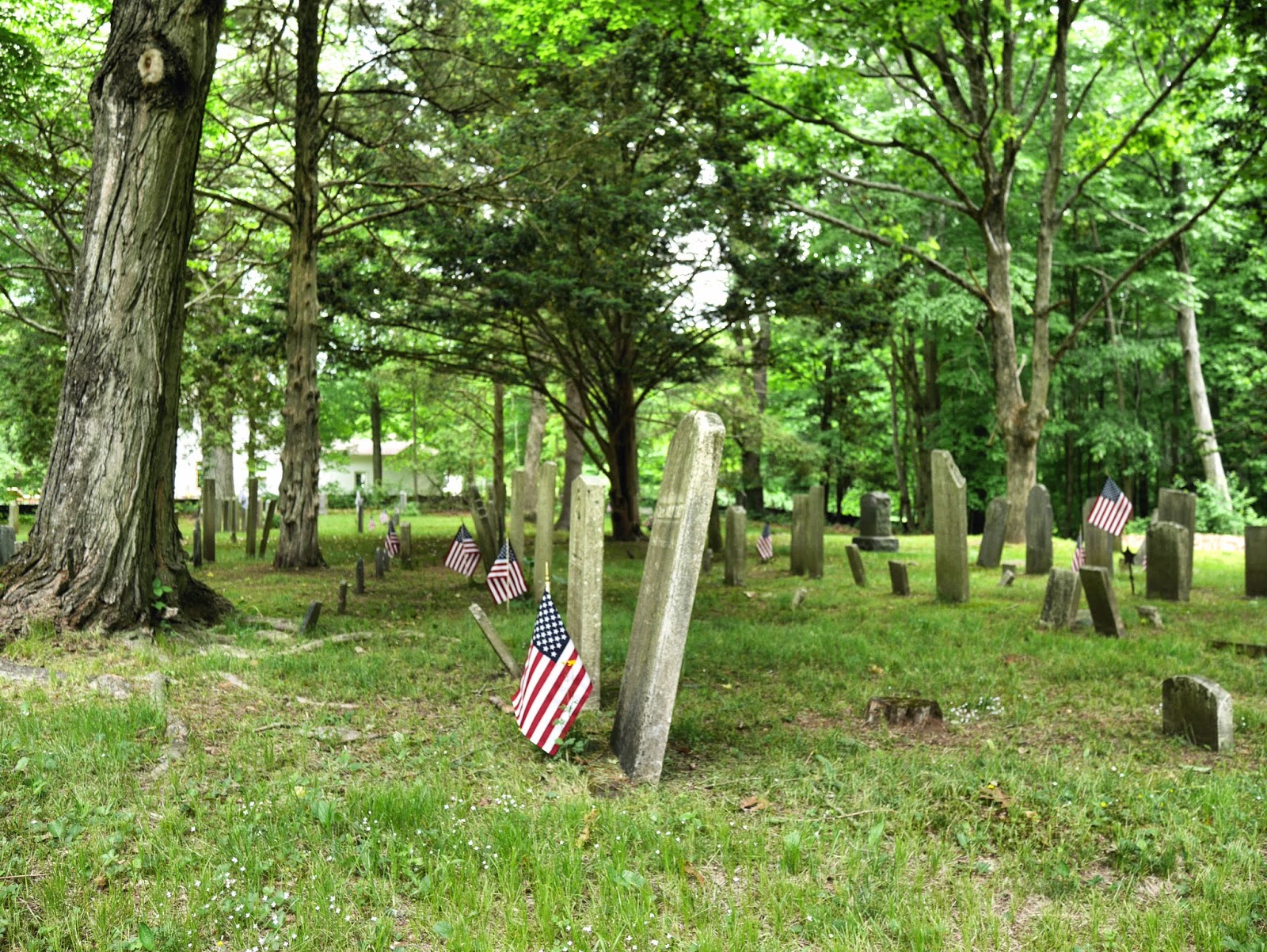 In the cemetery behind the building, old graves stand in rows and even older trees grow wherever they like. 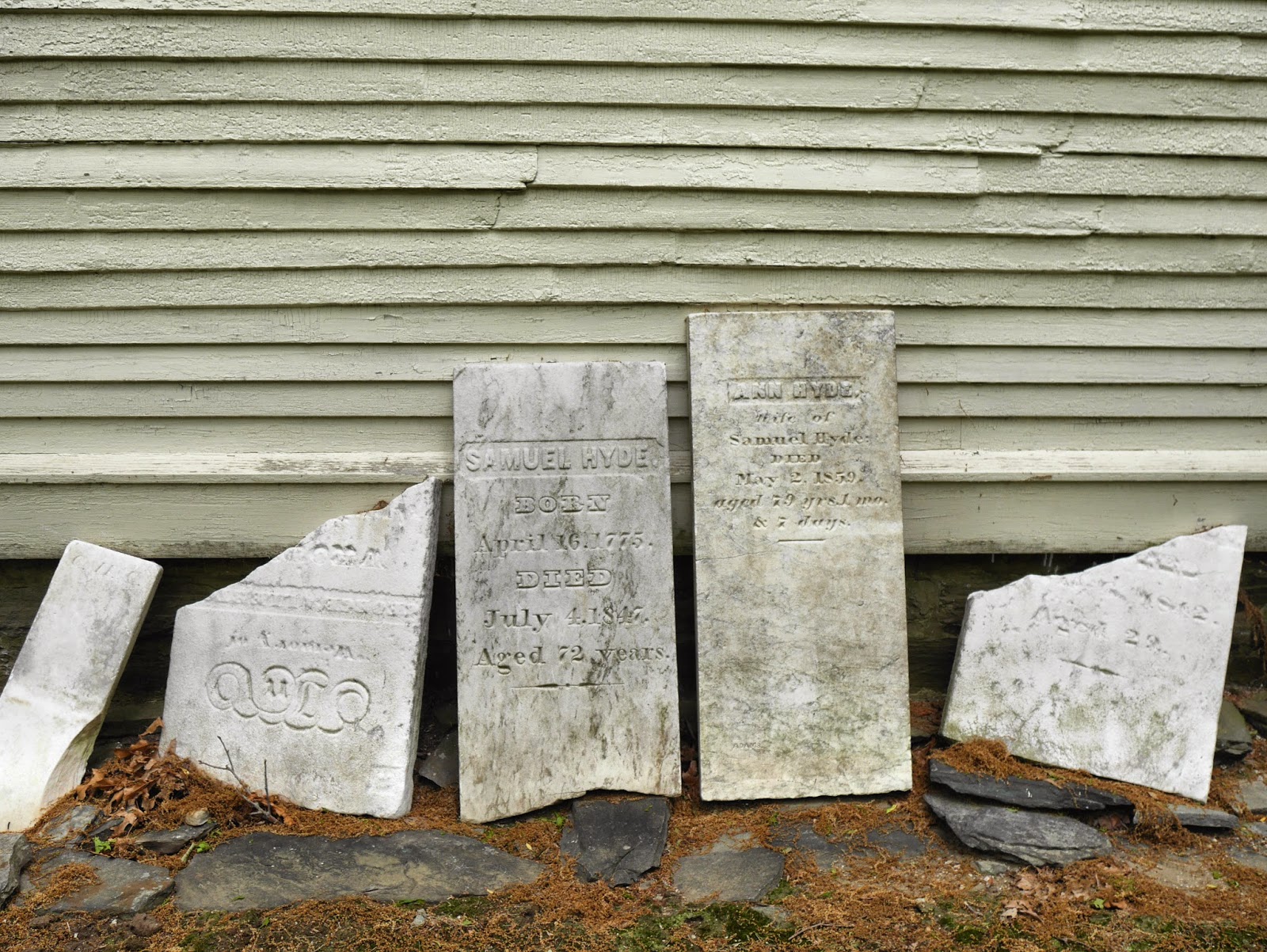 Old Trinity Church was built by Godfrey Malbone, Jr., son of Rhode Island Anglican and merchant/slave trader Godfrey Malbone, Sr., whose Newport house has its own Wikipedia entry complete with a funny anecdote about dining with George Washington. The elder Malbone left his 3,240 acres in Brooklyn, which was then still part of Pomfret, to his two sons. 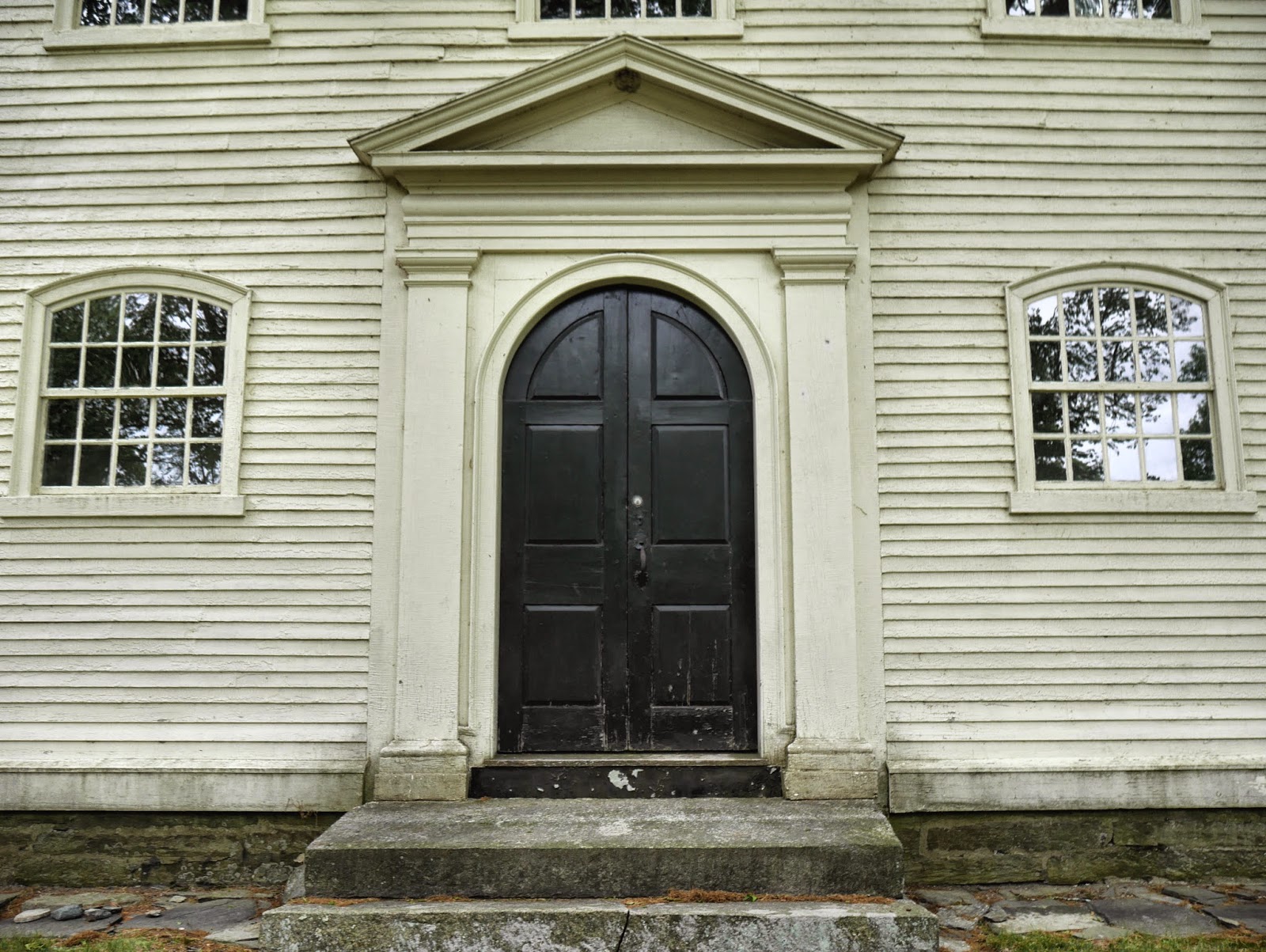 Godfrey Malbone Sr. is buried under his church pew in Newport. Godfrey Malbone Jr. was perhaps less intense about religion; he constructed Old Trinity Church in 1771 primarily to avoid paying his share of taxes to fund a new Congregational church in Brooklyn. Under the laws of the time, if he could build an Anglican church before the Congregationalist meetinghouse was completed, Malbone's money could go towards his own church instead. 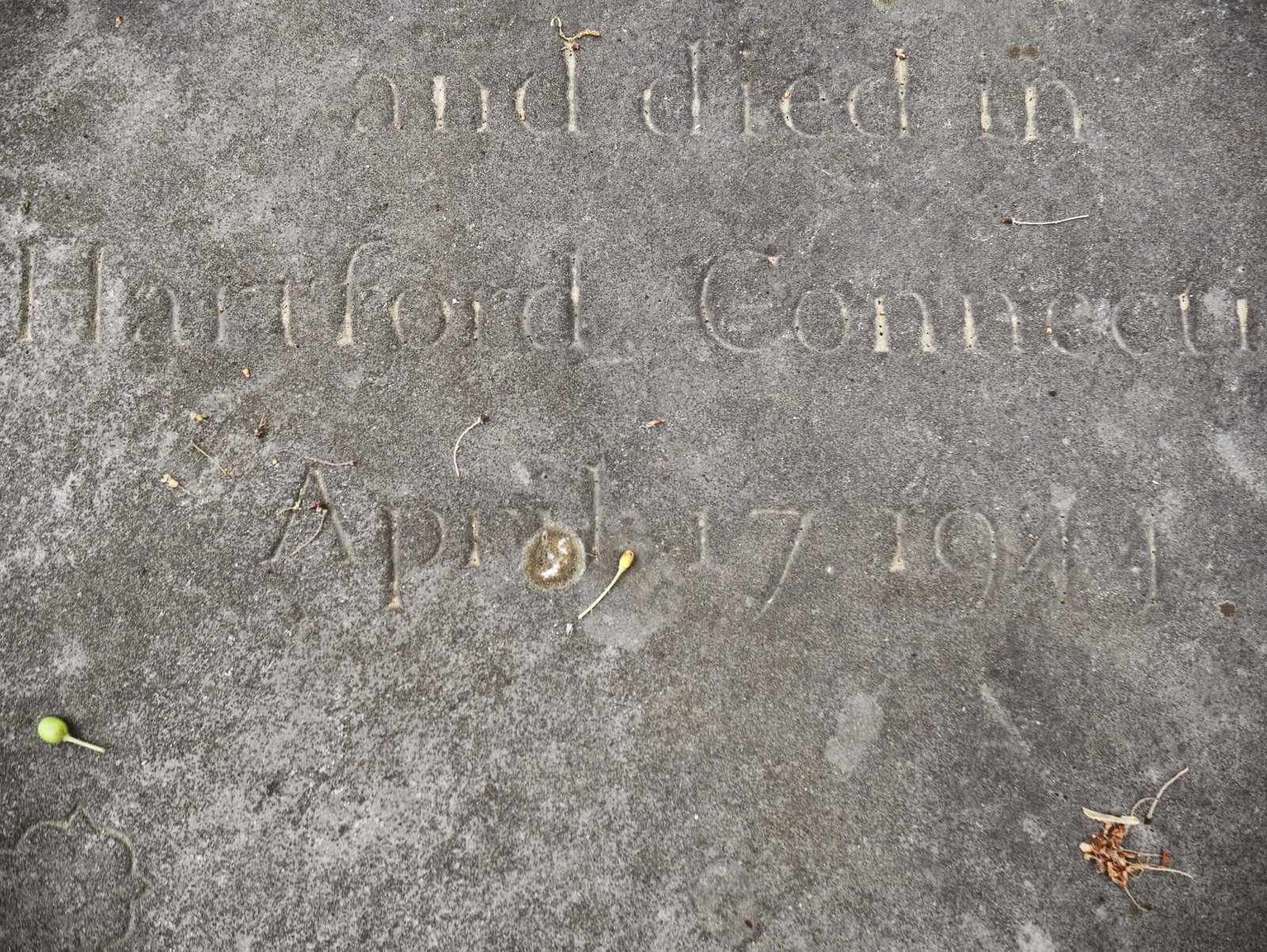 The headstones in the cemetery read like an encyclopedia of Connecticut places and names. Many of the names are tied to Brooklyn and to Church Street, like Malbone, unsurprisingly, and Putnam.  (I'll get to the Putnams in a minute.) 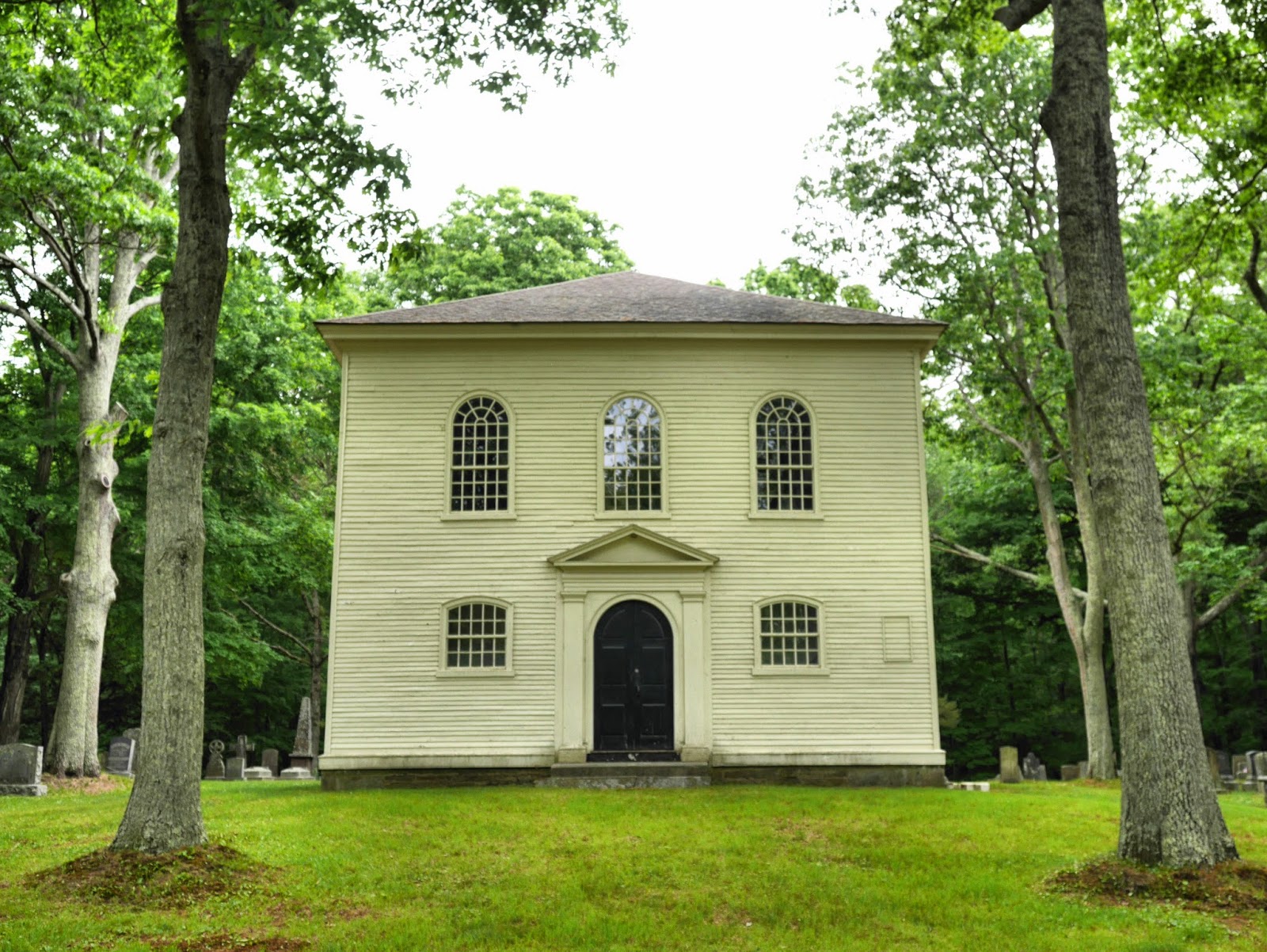 Some say Old Trinity Church is haunted by apparitions and writings scrawled in blood. 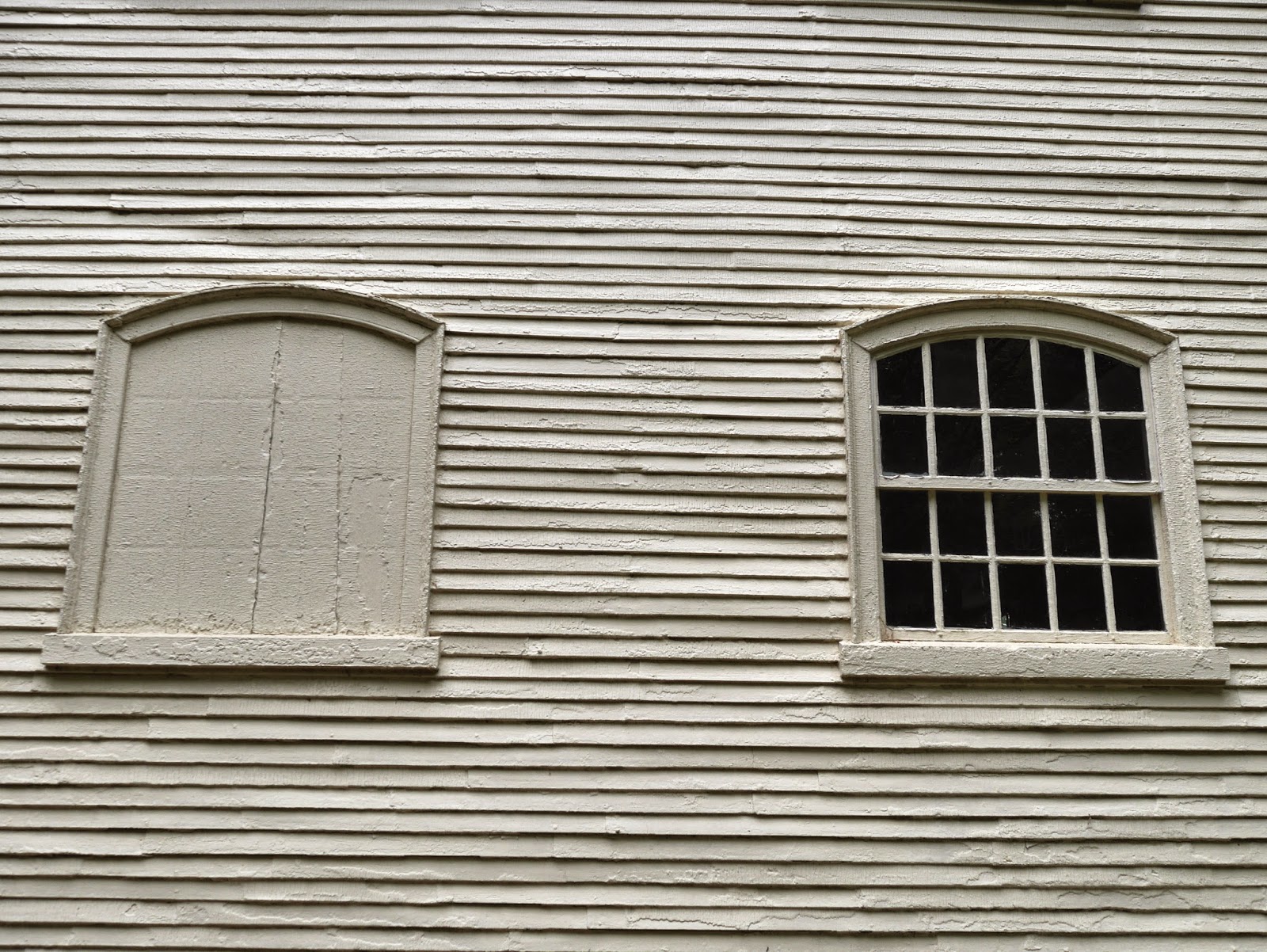 Perhaps not, but the area is rural-quiet, the churchyard gate is cobwebbed and rusted, and tiny bright green caterpillars dangle impertinently from the leaves, as if no one has ever disturbed them.

This was once Connecticut's second largest slave plantation. 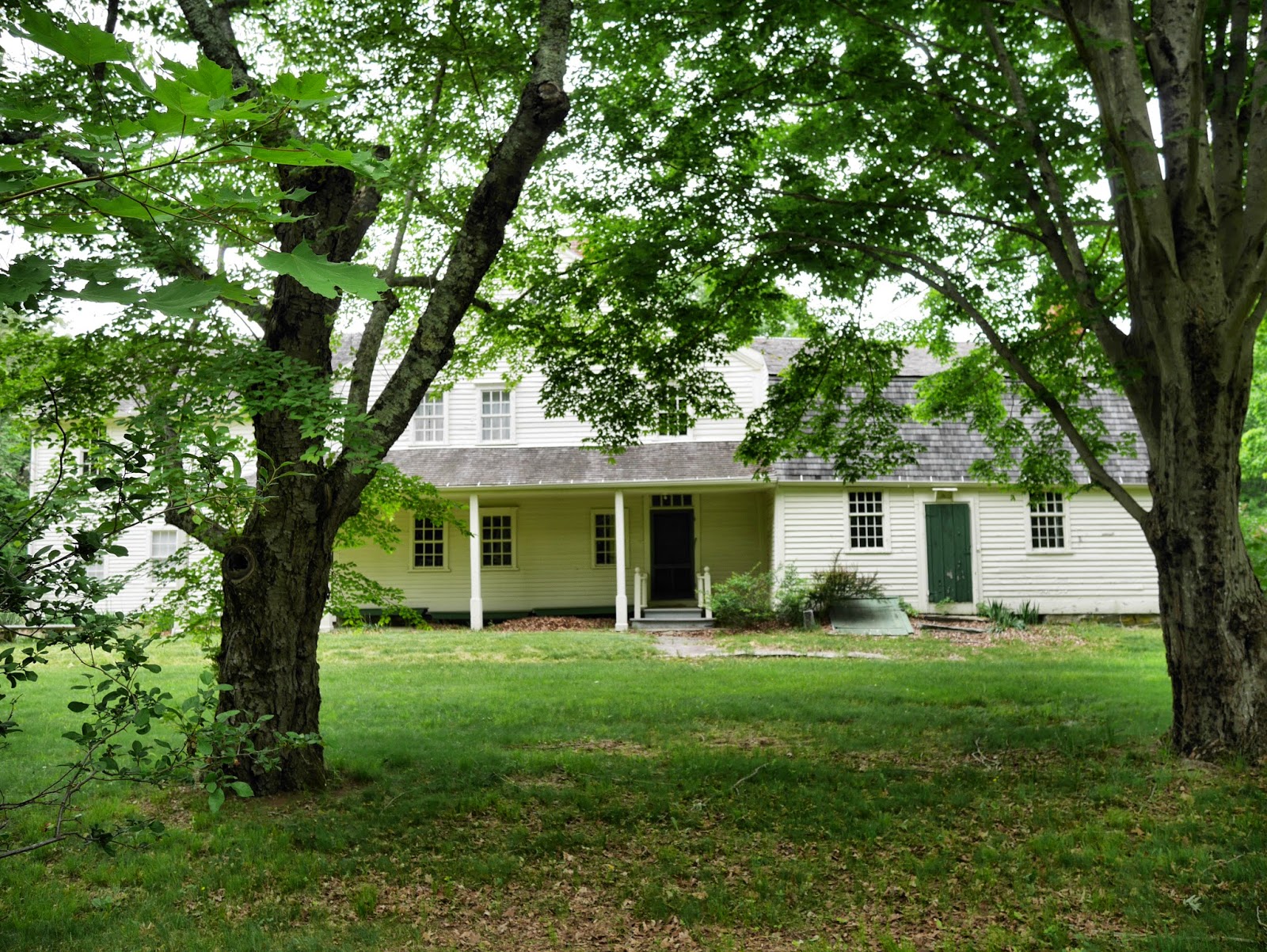 It was Godfrey Malbone, Jr. who, in 1791, sold some land and a house down the road from the church to Daniel Putnam, son of General Israel Putnam. That house became the estate known as Putnam Elms.

Set back from the street and up a gentle slope, the house manages to be magazine-perfect while also looking like many houses of different styles chopped up and nailed together. 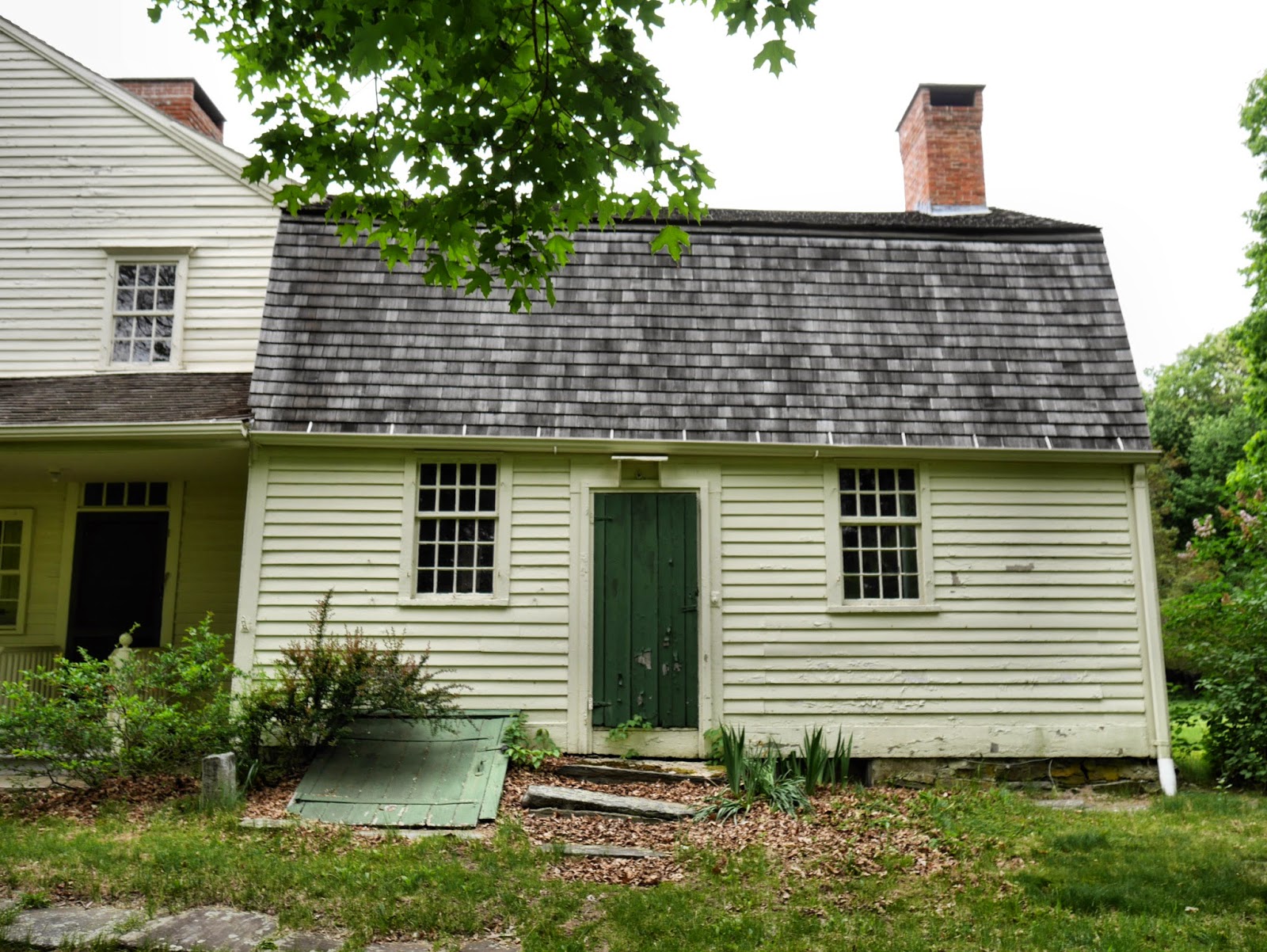 Which it is. The structure expanded as the family grew. Daniel Putnam and his wife Catharine had eight children in the house; later a son-in-law and his family, then that son-in-law's son and his family, moved in, and new sections were built as time went on. 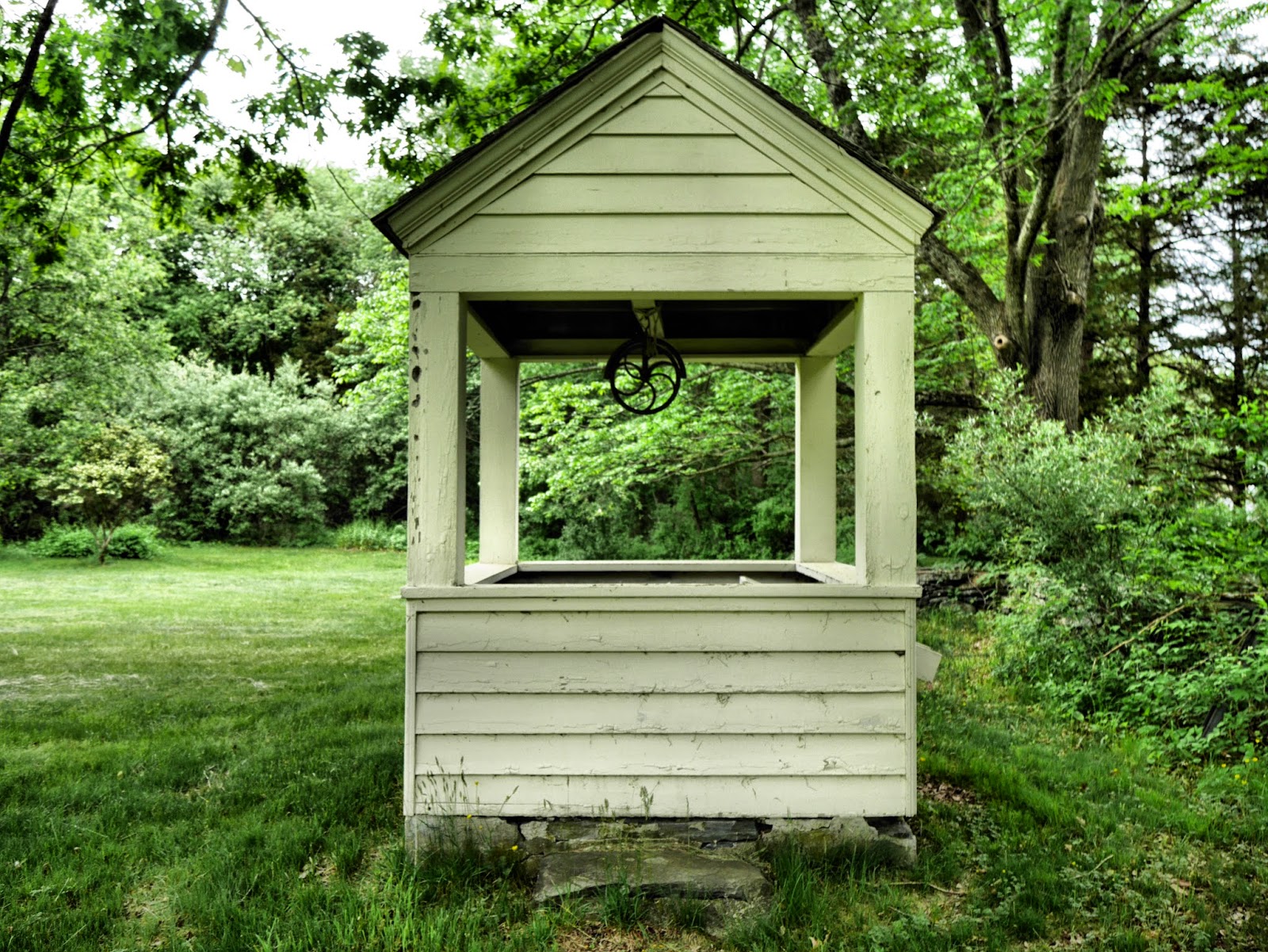 The Putnams and Malbones could have been the Brooklyn version of the Hatfields and McCoys. Israel Putnam had supported the tax that spurred Godfrey Malbone, Jr. into building his church, not to mention that Putnam was a Revolutionary War hero and Malbone a Loyalist. But the families intermarried and lived together and alongside each other, entirely peacefully it seems. 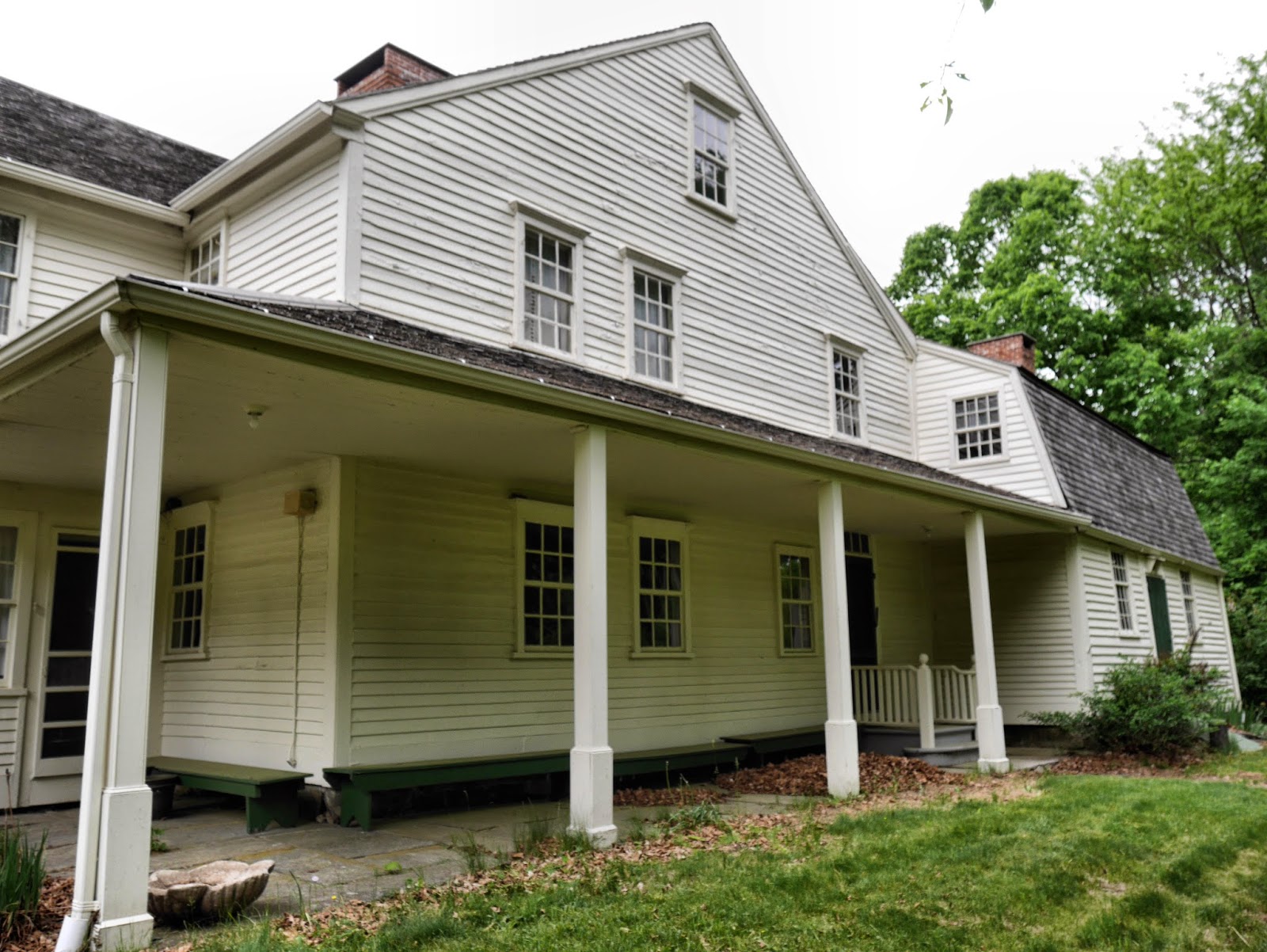 Putnam Elms was owned - and almost continually lived in - by family members until 1938. Since then it has been maintained by the nonprofit Colonel Daniel Putnam Association. 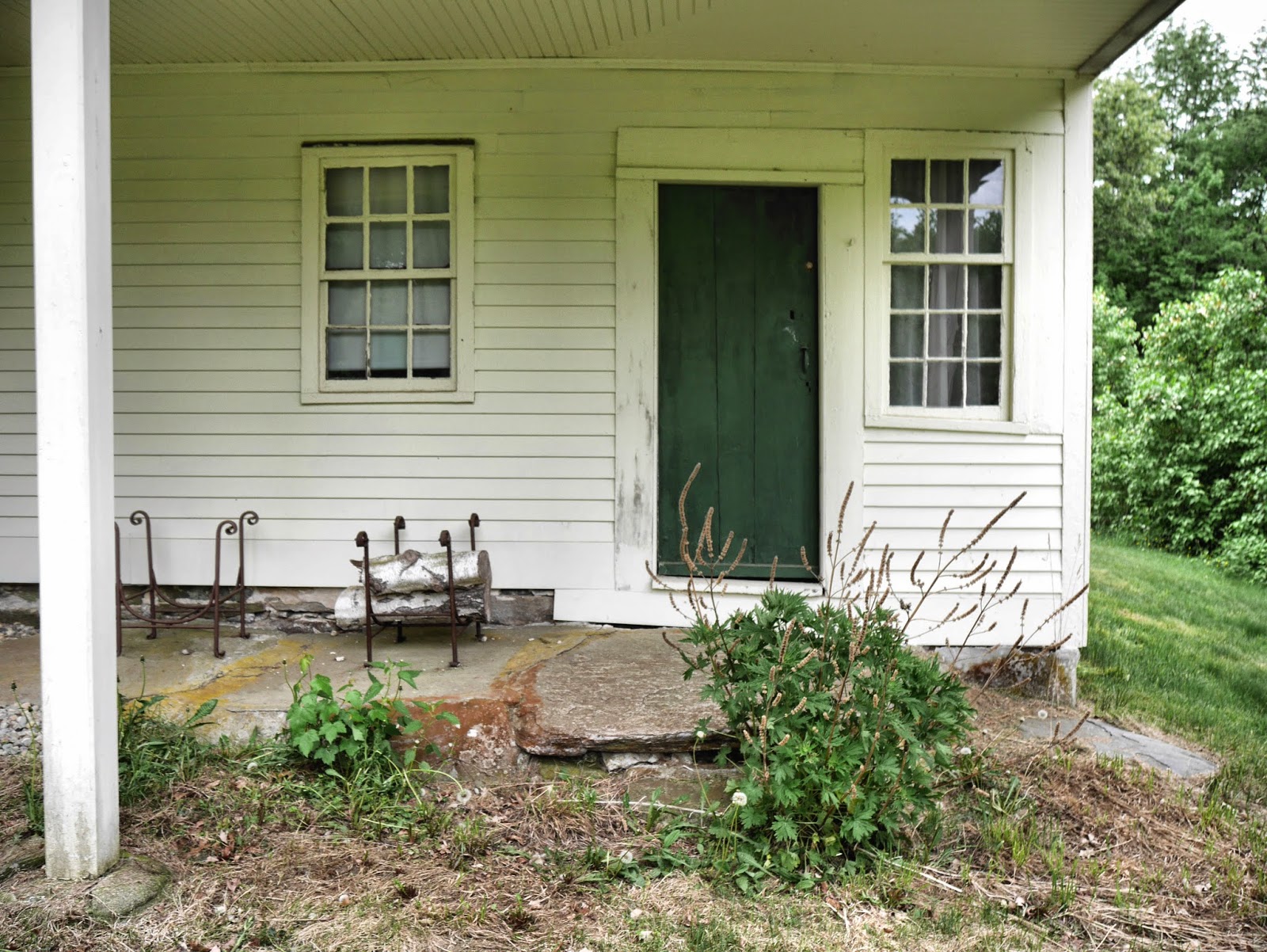 It is open to the public on certain days, for tours and events. 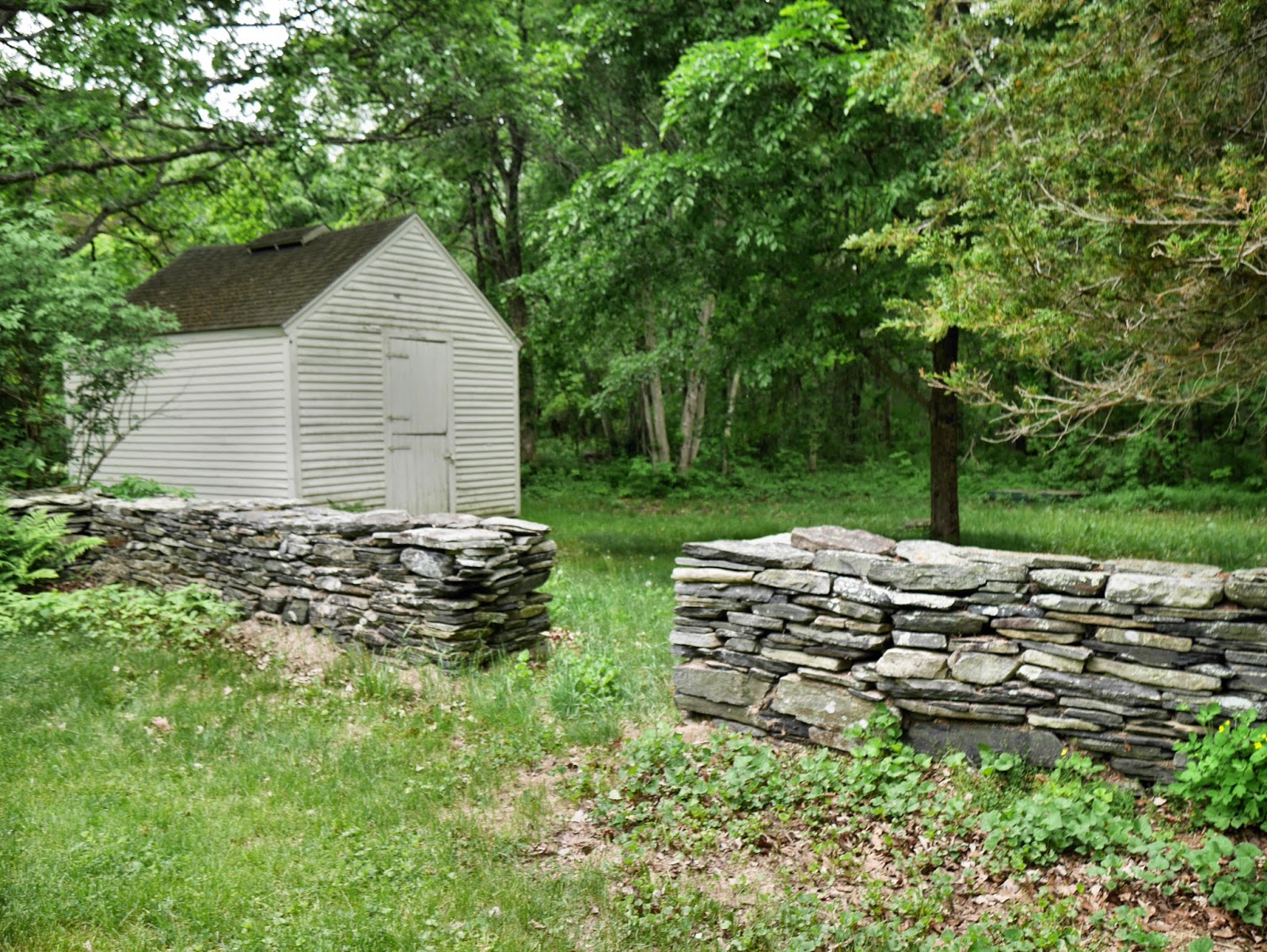 But if you prefer solitude and quiet, then go when it's closed. Wander the grounds like a time-traveling trespasser, and learn the place's history from the stone walls and trees.
Posted by Johnna Kaplan at 9:35 AM