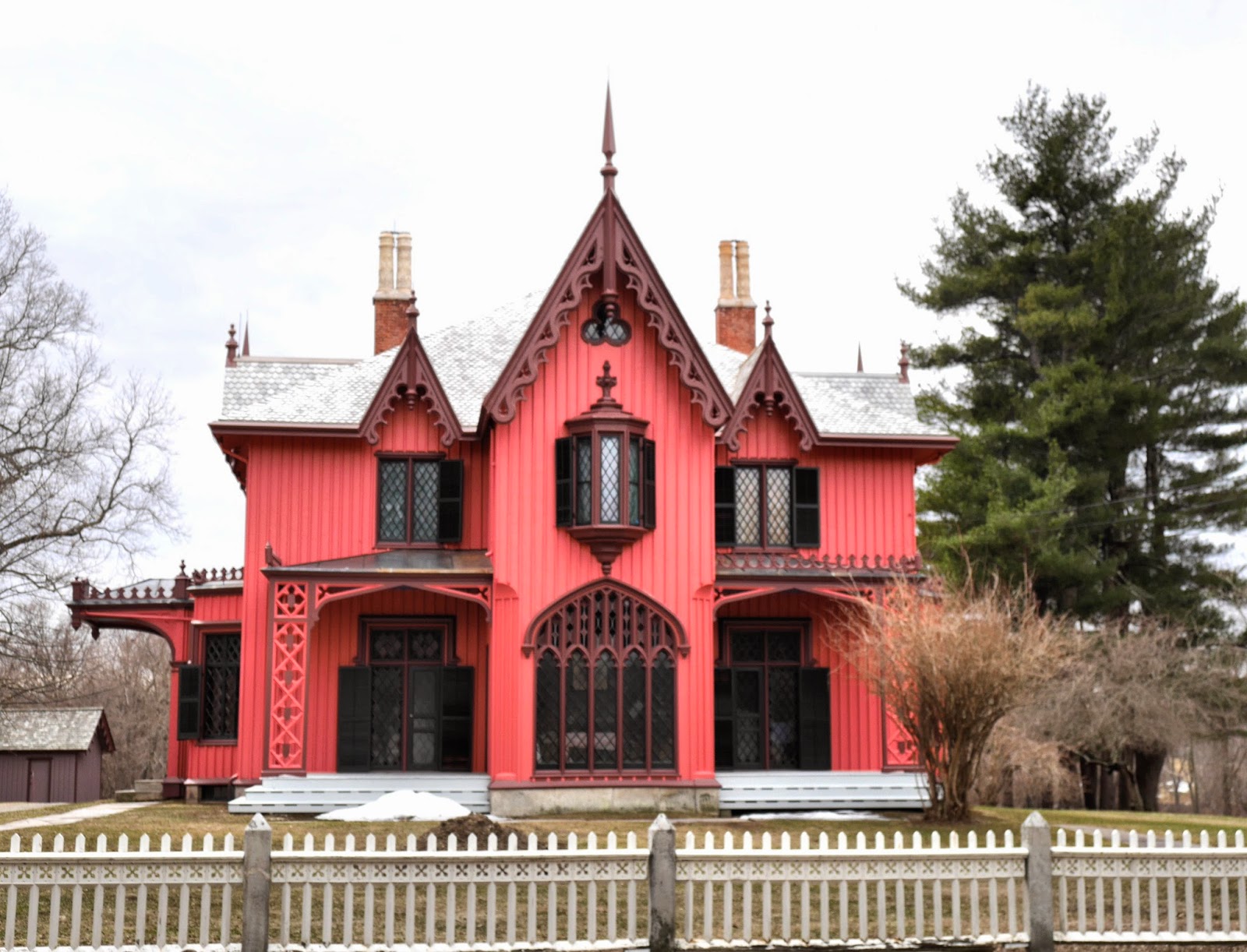 In 1846, Henry and Lucy Bowen added a dash of Loud to the Quiet Corner when they built their summer house, a bright pink Gothic Revival "cottage" across from the green in Woodstock. Henry, a successful New York-based businessman, had grown up in this sedate and rural Connecticut town.

The northeastern part of the state was more connected to the world back then, with trains running up and down frequently from New York and Boston. The Bowens were connected too; four United States presidents (Grant, Harrison, Hayes, and McKinley) were just a few of the politicians, dignitaries, and literary stars to visit the house.

The interior of Roseland Cottage is as ostentatious as you might predict from the outside. The wall coverings alone make you wonder why we think of the Victorians as straight-laced, conservative people, and that's before you get to the indoor bowling alley - which just happens to be the oldest surviving one in America. Though the thought of a leisurely outdoor stroll is not as appealing with the last of the spring snow lurking on the grounds, the boxwood parterre gardens are one of the cottage's most loved features.

Roseland looks gigantic when you first encounter it, but it begins to seem quite dinky when you realize that the Bowens had ten children. (Imagine putting all of them, plus luggage for a summer away, on that train.) Lucy died of complications from childbirth in 1863, and the couple's youngest son died not long after. Henry married Ellen Holt (who came from Pomfret) two years later and they had another child. Eventually there were seventeen grandchildren, and the family continued to expand Roseland Cottage and purchase additional property nearby so they could spend summers together.

Historic New England, which purchased Roseland Cottage from the family in 1970, offers tours of the property. Special events are held here, like concerts and tea parties and the Roseland Cottage Fine Arts and Crafts Festival, though they will probably never surpass Henry Bowen's Fourth of July celebrations, which got so massive that he had to buy a 60-acre plot of land to host them. (This is now Roseland Park, maintained by the Town of Woodstock.)

If you don't have time for a tour or a garden party, just drive up Route 169 and admire the building sometimes called "the Pink House." You can't miss it.
Posted by Johnna Kaplan at 8:55 AM