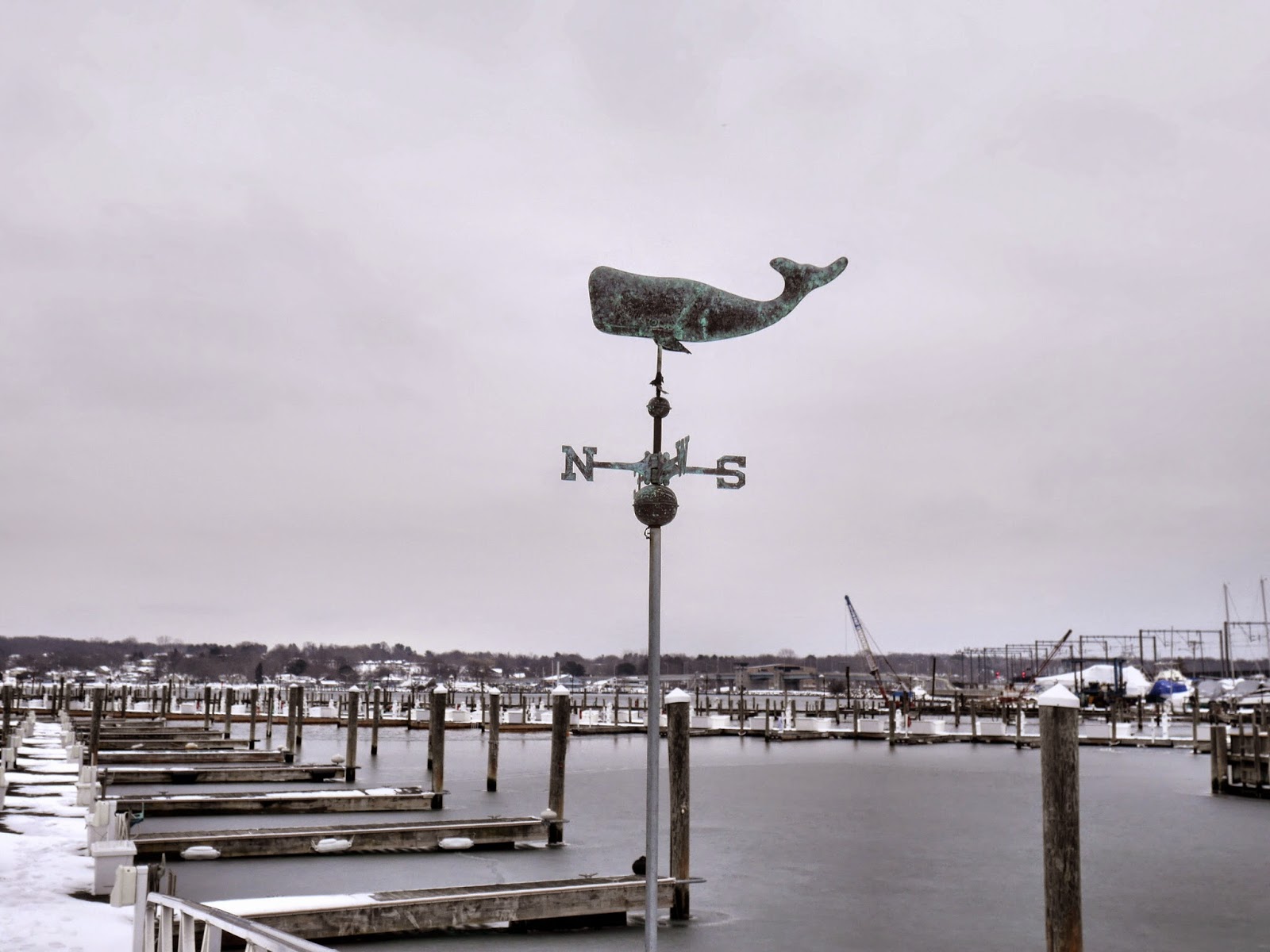 I've been reading a lot of guidebooks recently. They all rank fall and summer as the best seasons to visit Connecticut. Some of them propose spring as a sort of lower-cost, underdog, alternative season. But winter? Pretty much all conclude that it's miserable and best left to the locals.

They have a point. It is pretty miserable, most of it, and the locals (including me) are just about ready to decamp to Florida. But I've always found that places reveal the most interesting sides of themselves in the seasons they are not expecting to be seen.

All of Connecticut's familiar summer things are still around in winter, if slightly transformed. The boats congregate in yards, hulking shrink-wrapped things out of their element. The sand is covered in white - never fully, but like a cake half draped in icing. The wind chimes still sing from porches, though there are fewer walkers on the streets to hear them. The benches and gazebos and Adirondack chairs are still there, partly obscured by snow drifts. Coves and ponds freeze over; the other day I drove out of Hartford and found the Connecticut River had become a field of snow.

Because the parking situation on my street is impossible when it snows more than a few inches, I've been spending a lot of time this winter on the shoreline. The weather is often a bit milder here, though the snowfall is sometimes greater, and the wind off the water can slice though all but the toughest winter clothes. I've been trying to imagine it through the eyes of someone from somewhere else, somewhere hot and blissfully season-less.

I wouldn't say Connecticut in February is for everyone. But some visitors will appreciate the beauty of a salt marsh biding its time beneath the ice and the loneliness of a waterfront inn abandoned until spring. Certain crazy, contrary travelers will appreciate the fact that when walking on un-plowed snow, you always get to blaze your own trail.