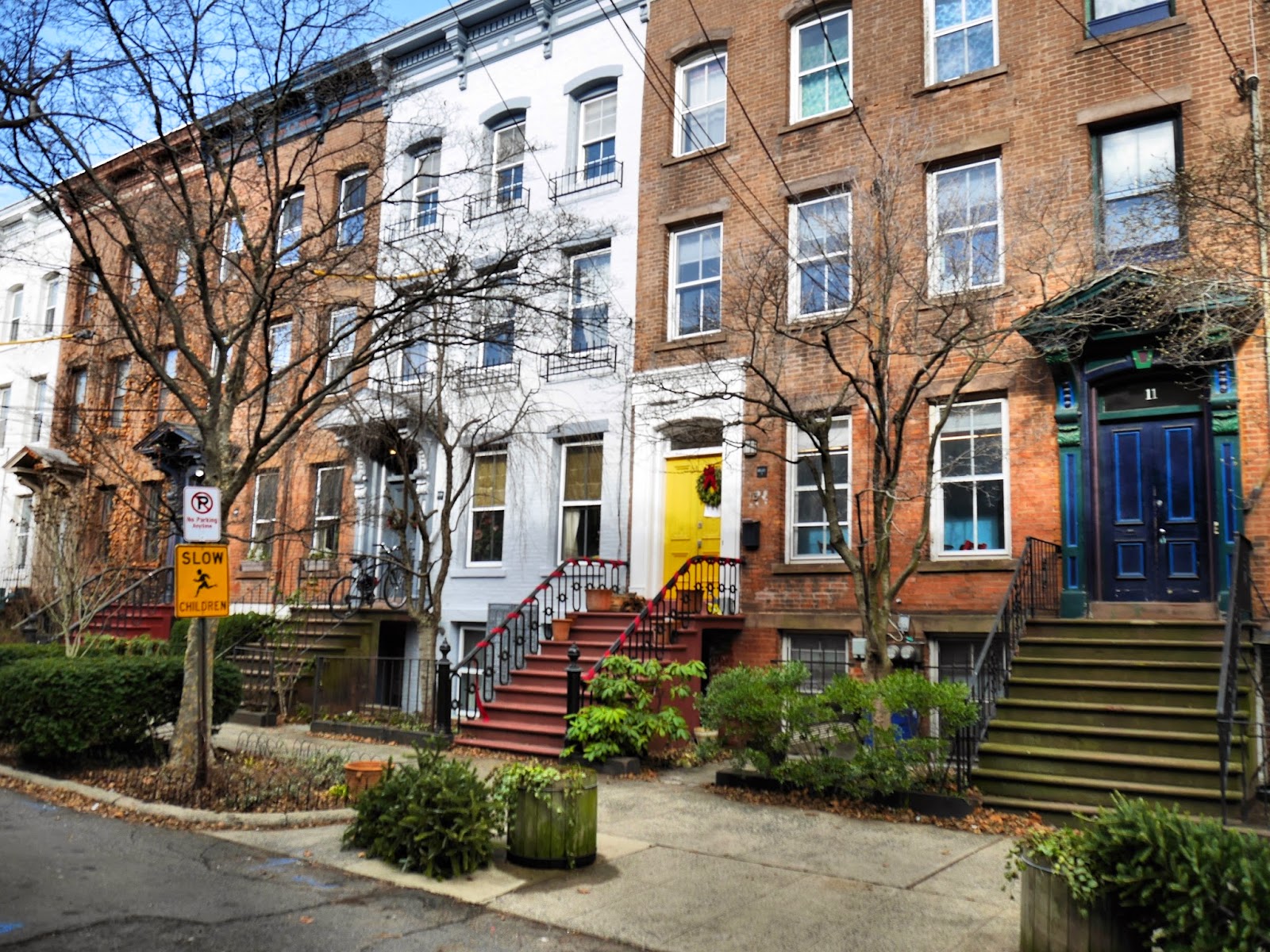 Sorry, New Haven Green, but in my opinion the Elm City's best rectangular patch of grass crisscrossed by walking paths, surrounded by historic buildings, and dotted with benches is Wooster Square. 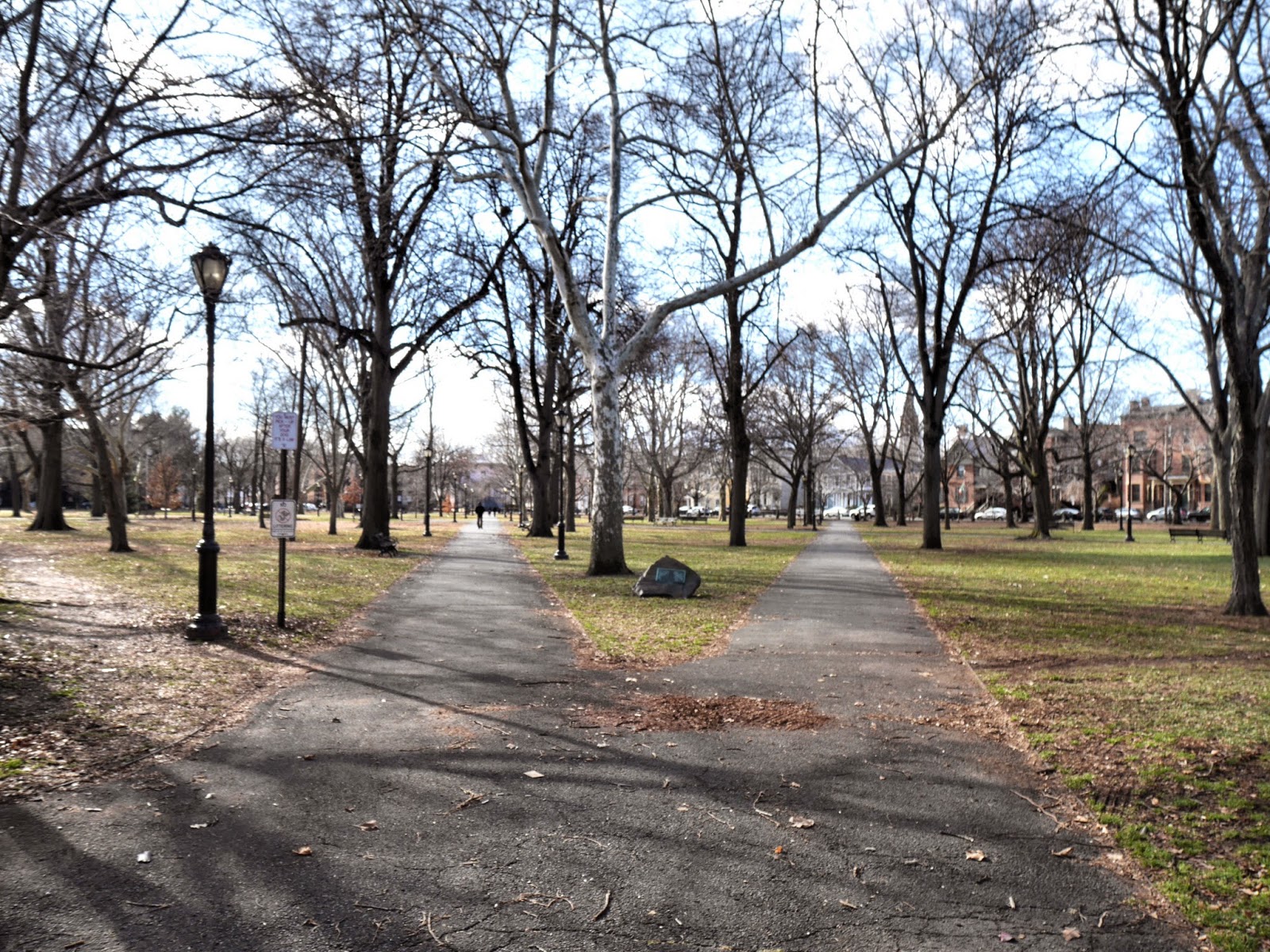 Walking around or through this park, which is bordered by Greene Street, Academy Street, Chapel Street, and Wooster Place, you won't find the crowds and traffic you'd see at that other, larger town green. On a frigid winter day, it might even be nearly empty.

The streets that branch off and away from the park are worth strolling too. A distinctive archway with an elm tree motif stretches over Wooster Street, welcoming visitors to the city's Little Italy. Court Street (in the first photo in this post) is possibly my favorite block in all New Haven. It was once a "combination beer house and ice cream parlor, wax museum, and public bath." 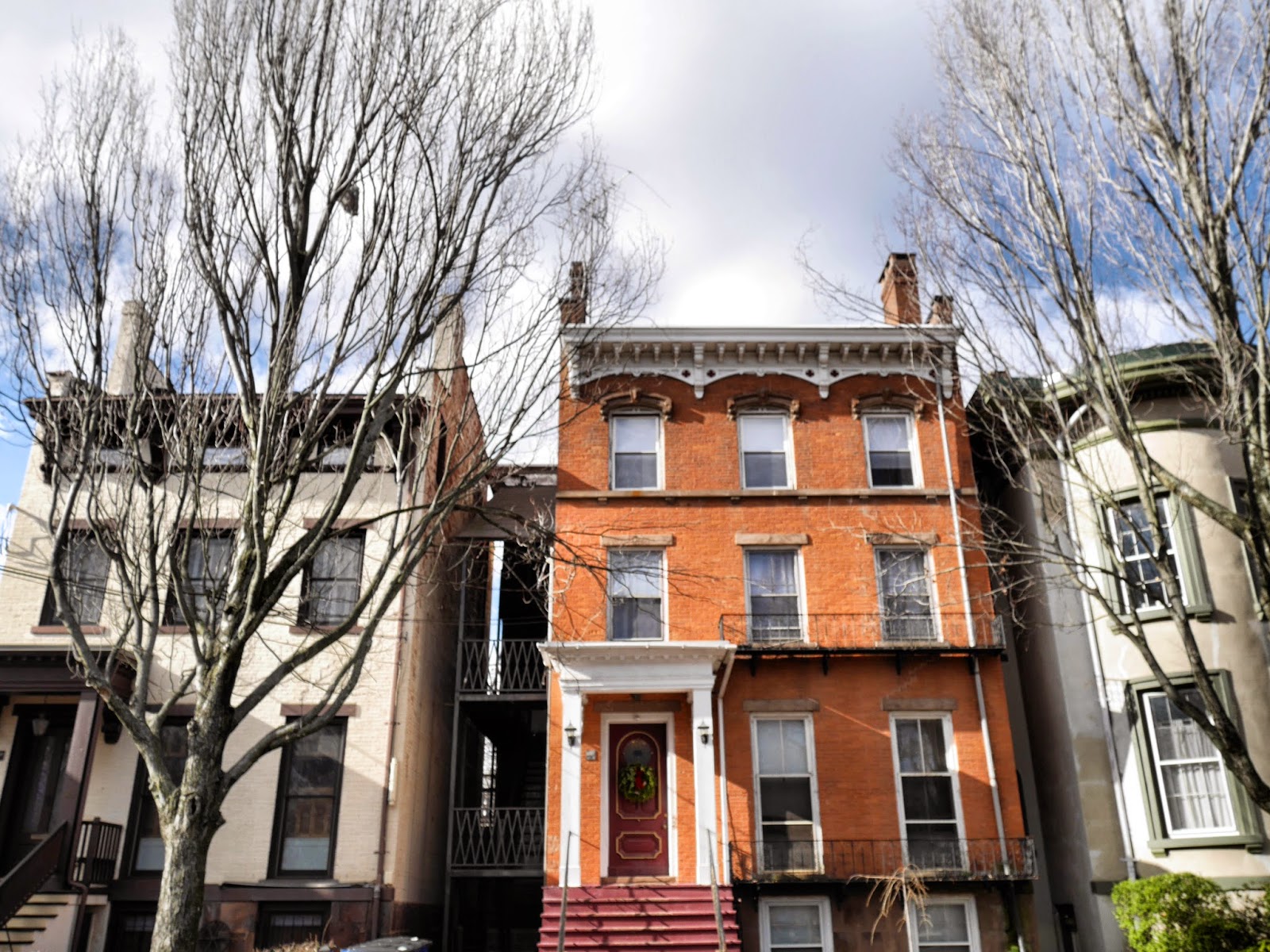 Wooster Square refers not just to the park, but the historic Italian neighborhood surrounding it. This is where you'll find the original Pepe's, or Frank Pepe Pizzeria Napoletana, and its original competitor, Sally's Apizza. 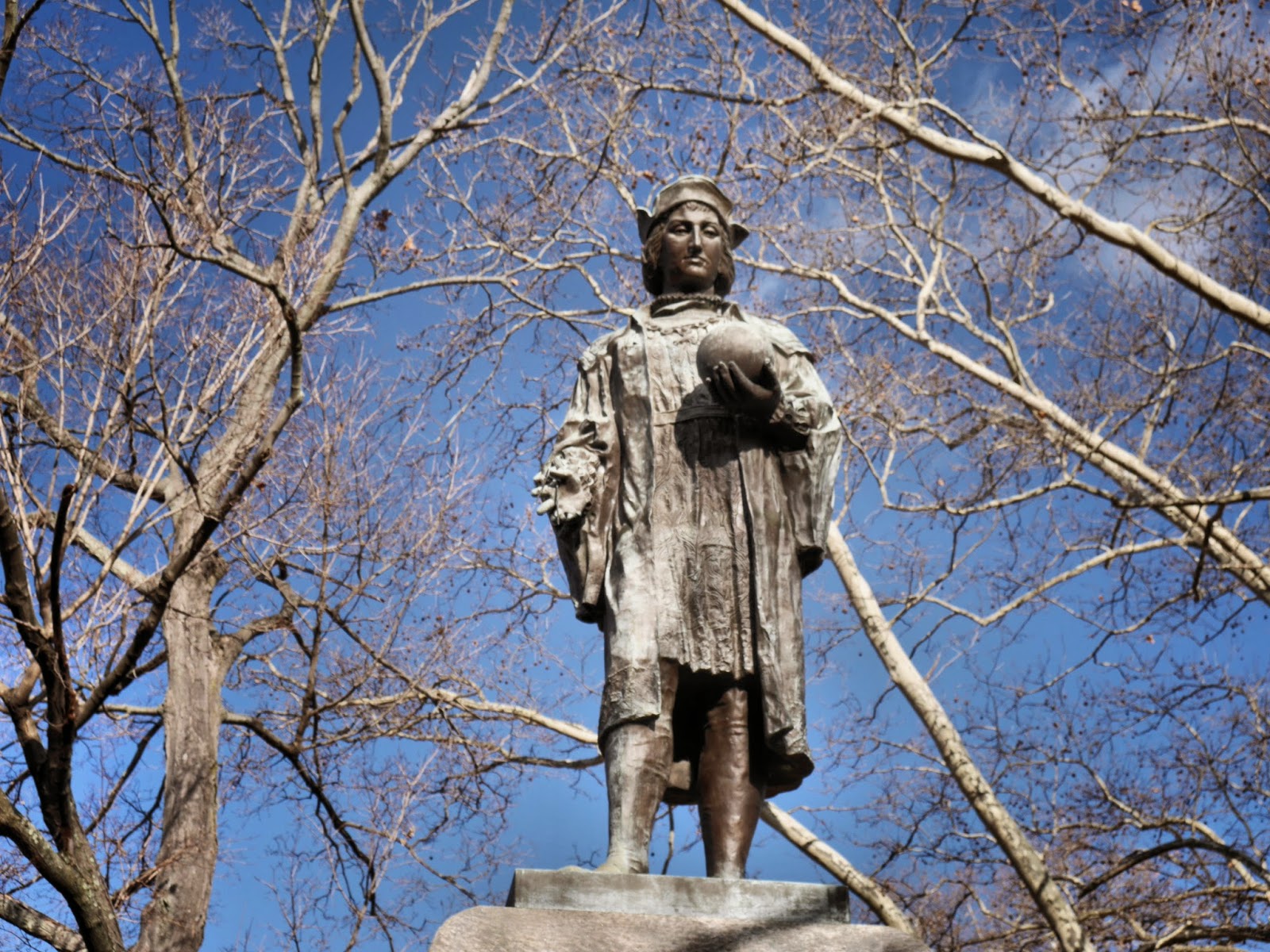 Though Major General David Wooster gave his name to the area - he once lived and worked here - it's Christopher Columbus who gets a statue. 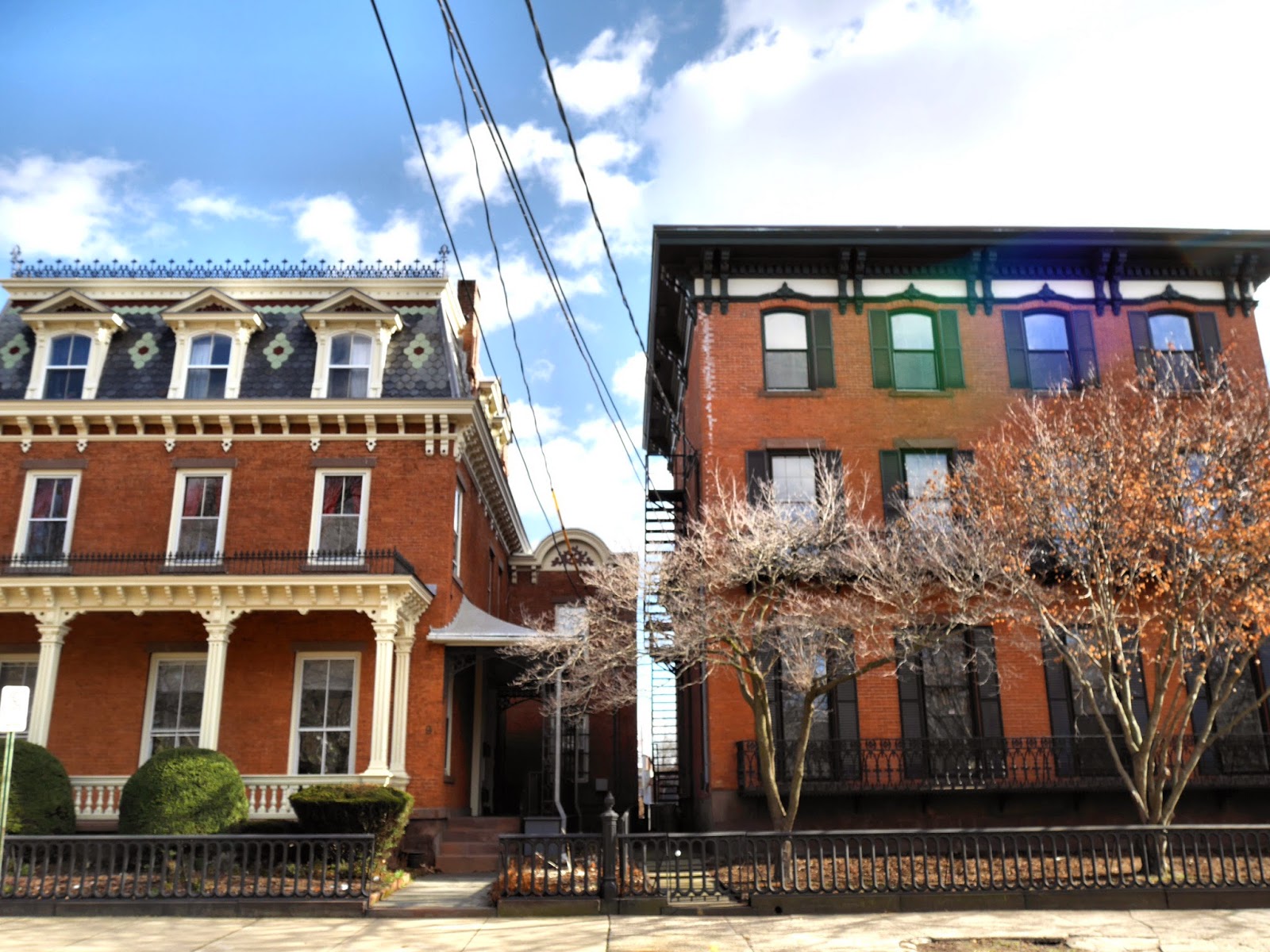 In the mid-19th century, this neighborhood was "a fashionable residential area which ship captains, wholesale grocers and successful entrepreneurs found conveniently close to their places of business." 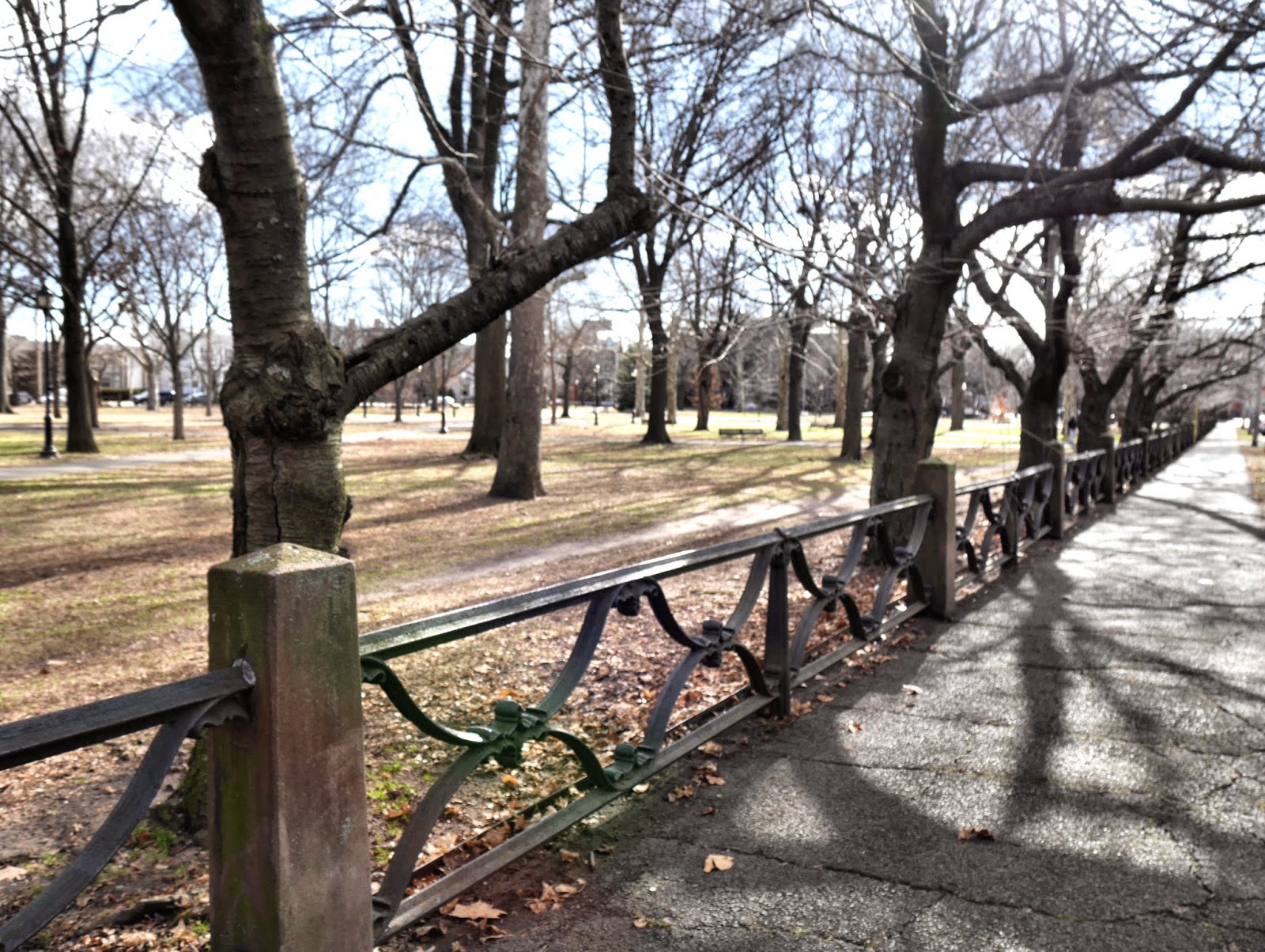 Today, the Wooster Square Historic District is listed on the National Register of Historic Places. 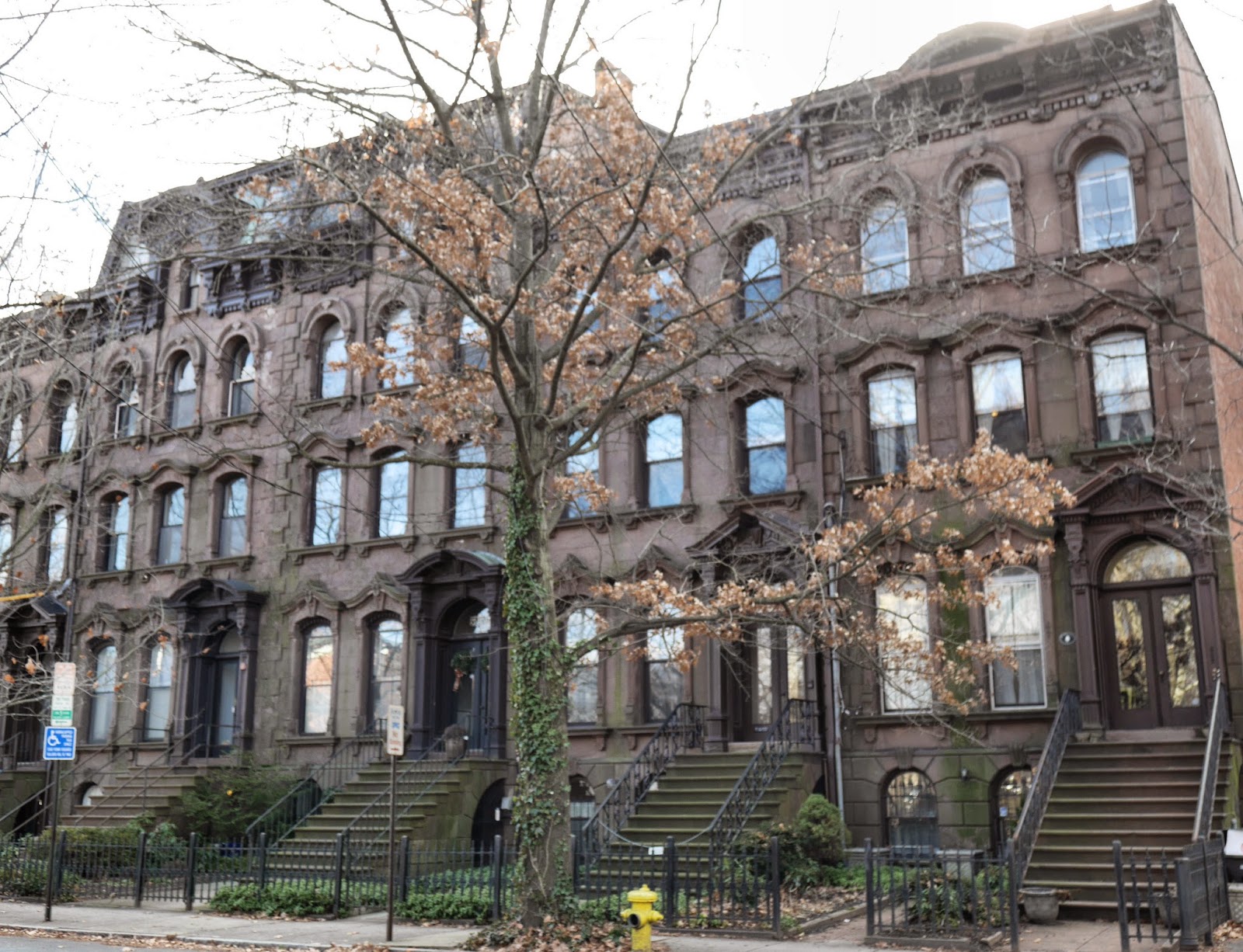 It is possible that I'm so fond of this little slice of New Haven because it's so reminiscent of parts of Hartford. 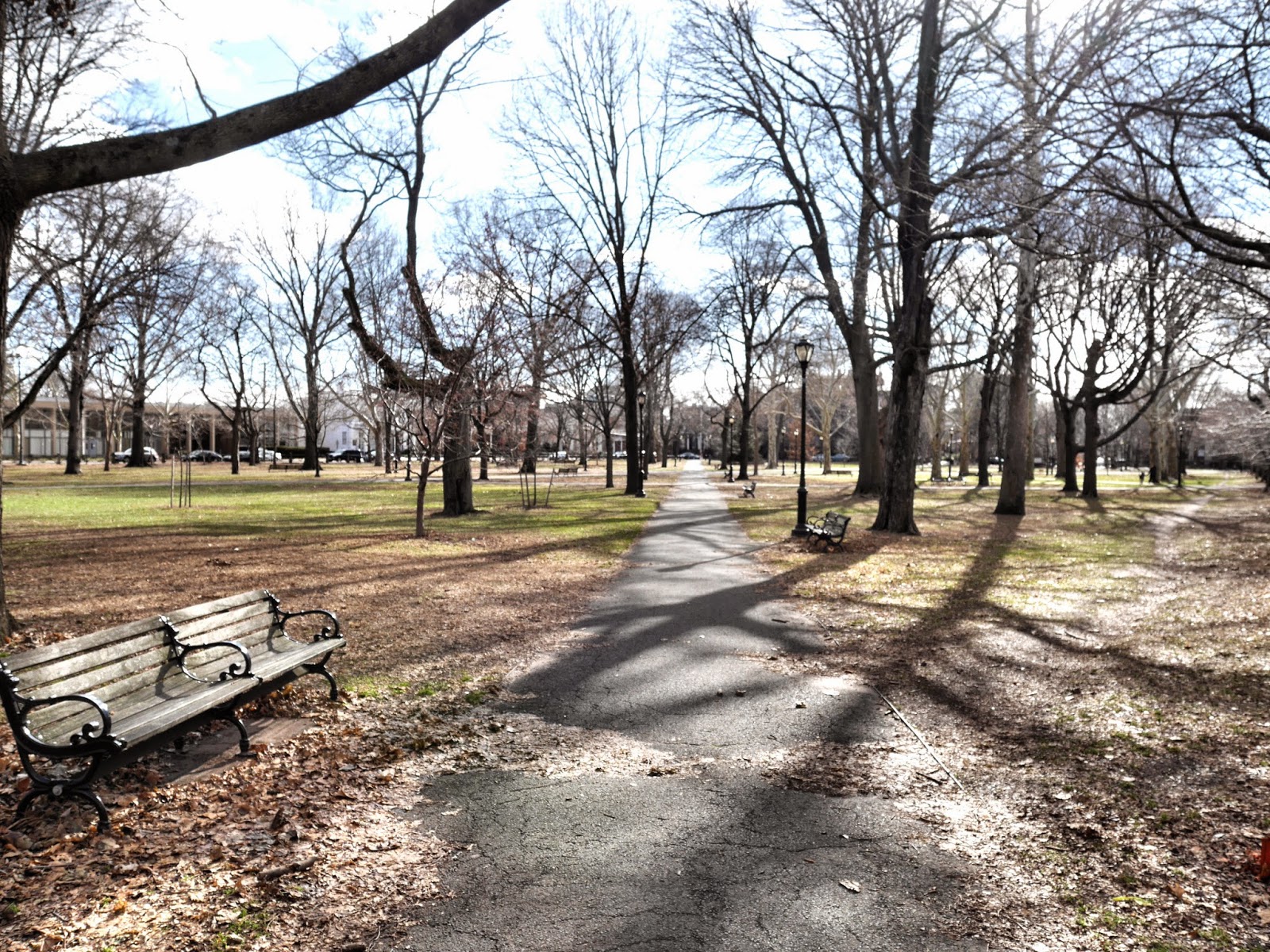 Though difficult to imagine in January, next April (barring some sort of weather disaster) Wooster Square will fill with delicate pink blooms just in time for the 42nd annual Cherry Blossom Festival.