Connecticut for the Jewish Traveler 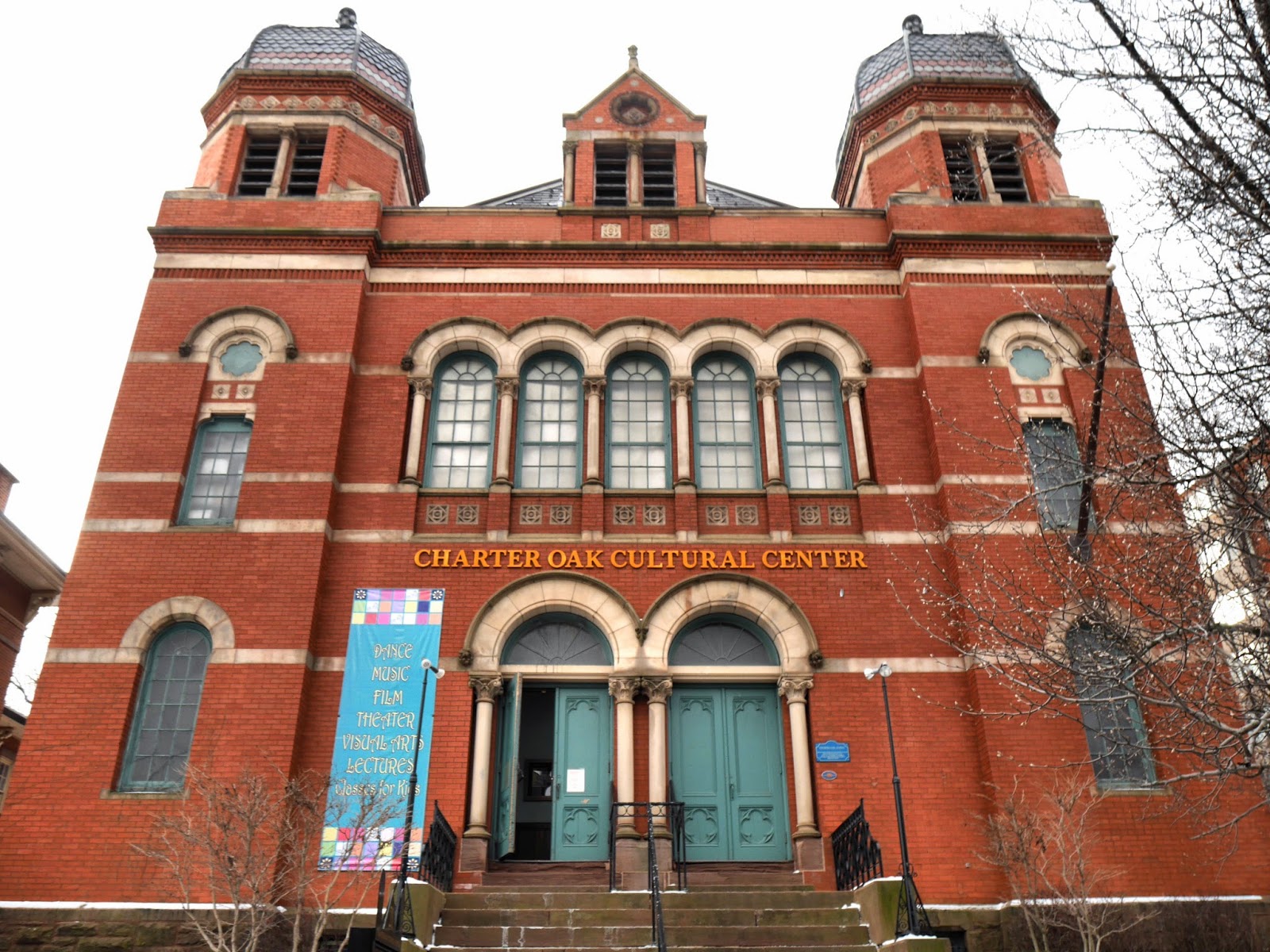 Some time ago, a friend asked me for suggestions of where in Connecticut to send a Jewish group visiting New England from the Midwest. "I'll write a list!" I said, and proceeded to not write a list.
That particular group has probably come and gone with no help from me, but I thought a list of suggestions for travelers interested in Jewish historic and cultural sites around the Nutmeg State would be worth compiling anyway.

Please note: this list is not comprehensive, nor does it attempt to be. This state is full of Jewish cemeteries, delis, street names, and so many other little signs of historic and contemporary Jewish life that to gather them all would be a year-long project. As always when dealing with Connecticut for any reason, it's best to search for anything you would like to know based on the specific towns you'll be visiting.


-Jews have lived in Connecticut since the 17th century, but the state's oldest synagogue building was built in Hartford in 1876. It is now the Charter Oak Cultural Center (pictured above) which hosts art exhibits and events that reflect the cultural diversity of modern Hartford, including programming dedicated to Jewish heritage.

-The Jewish Historical Society of Greater Hartford has information on the city's other historic synagogues (now mostly used as churches) as well as exhibits open to the public. In addition, the organization runs guided bus tours that explore Hartford's historic Jewish neighborhoods and important sites in the city.

-In the spring, the Hartford Jewish Film Festival brings Jewish films from around the world to Hartford-area theatres.

-In the Southwest, the Jewish Arts & Film Festival of Fairfield County.

-In the Southeast, there's the International Jewish Film Festival of Eastern Connecticut.

-The Isabella Freedman Jewish Retreat Center hosts retreats, Shabbatons, educational programs, holiday celebrations, and other events at their farm and facilities in the Falls Village section of Canaan.

-The grandly named Museum of Jewish Civilization is located in the Mortensen Library in the Harry Jack Gray Center at the University of Hartford in West Hartford.

-Lectures, exhibits, and events at universities, such as those at UCONN's Center for Judaic Studies and Contemporary Jewish Life and the Joseph Slifka Center for Jewish Life at Yale are often open to the public.

-Longtime readers of this blog will probably be aware that my personal favorite Jewish sites in Connecticut are the small rural synagogues that once served the Jewish farming communities in the Eastern part of the state. For a Jewish-themed road trip through beautiful rural Eastern Connecticut, seek out United Brethren on Routes 85 and 66 in Hebron, Anshei Israel on Route 138 in Lisbon, Knesseth Israel on Pinney Street in Ellington, and Agudath Achim on Route 87 in Columbia. (For other assorted historic synagogues, Historic Buildings of Connecticut is a good place to look. Or click on my "Jews" category here or at the right side of this page.)


If you have another site or event where you'd send a visitor in search of Jewish Connecticut, please add it in the comments below!
Posted by Johnna Kaplan at 11:10 AM