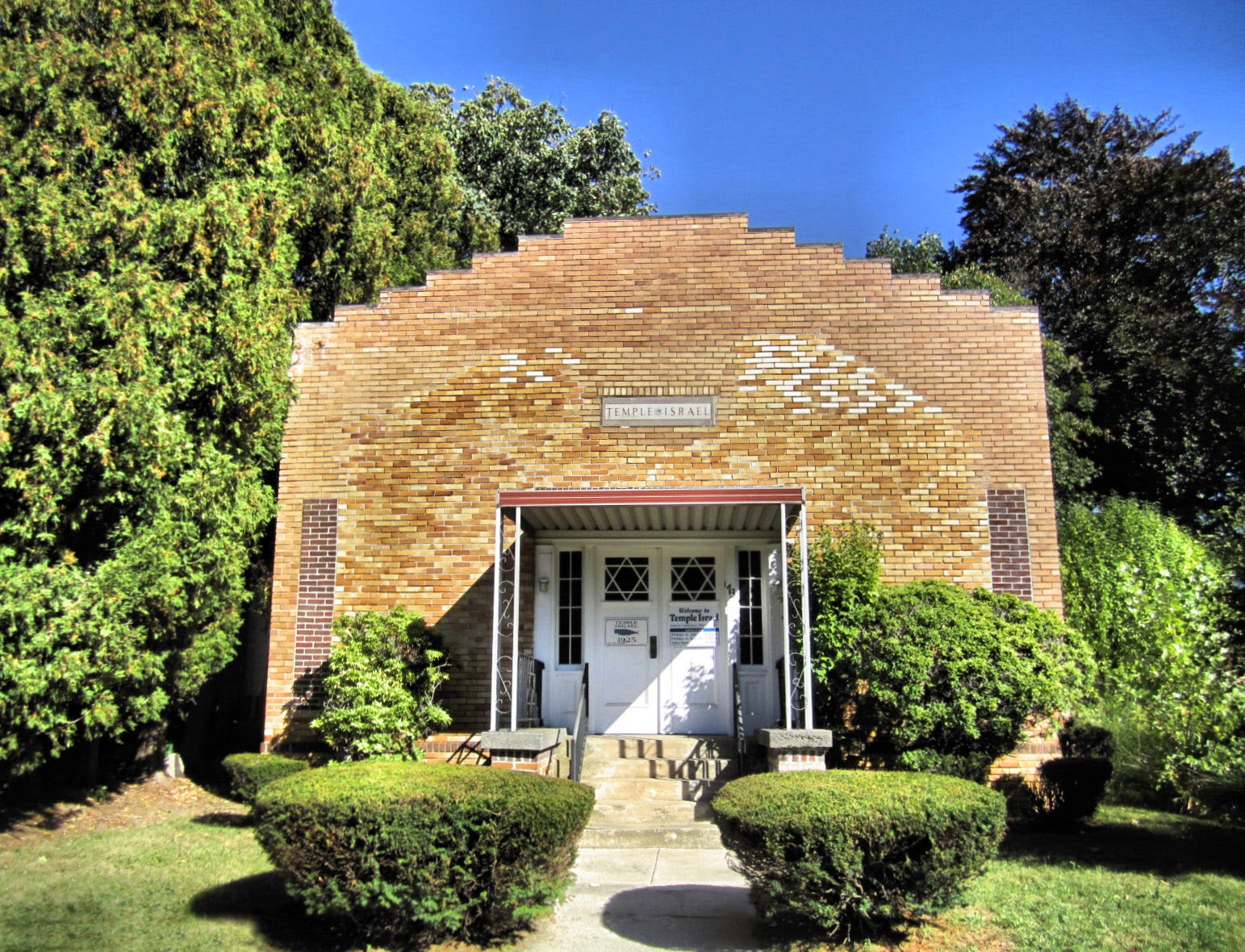 New London is Connecticut's second-smallest municipality. I lived in New London for something like five years. I write about Connecticut history. I write about Jewish stuff. I am fond of tiny, incongruous buildings. Add all that together, and you would not be crazy for assuming that I would have stumbled over this small historic synagogue near Ocean Beach Park. And yet, I had no idea it was there. 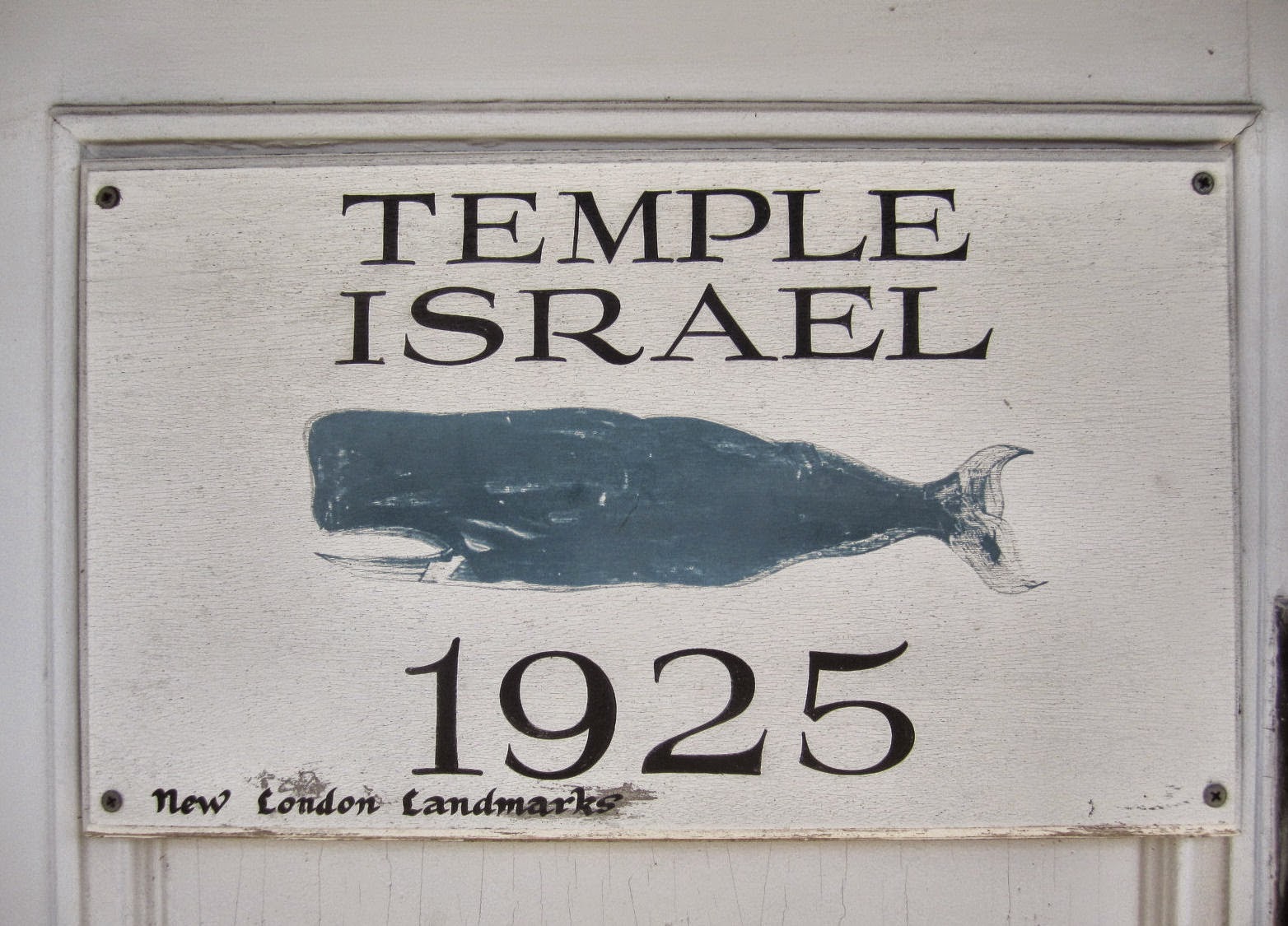 I knew that once upon a time, during New London's heyday as an upscale summer resort town, there had been a seasonal shul here for Jews who came to escape the heat of the cities. But I thought that was one of those old memories of a bygone New London, like when whaling ships came home laden with oil and their captains built mansions along the city's tree-lined streets. 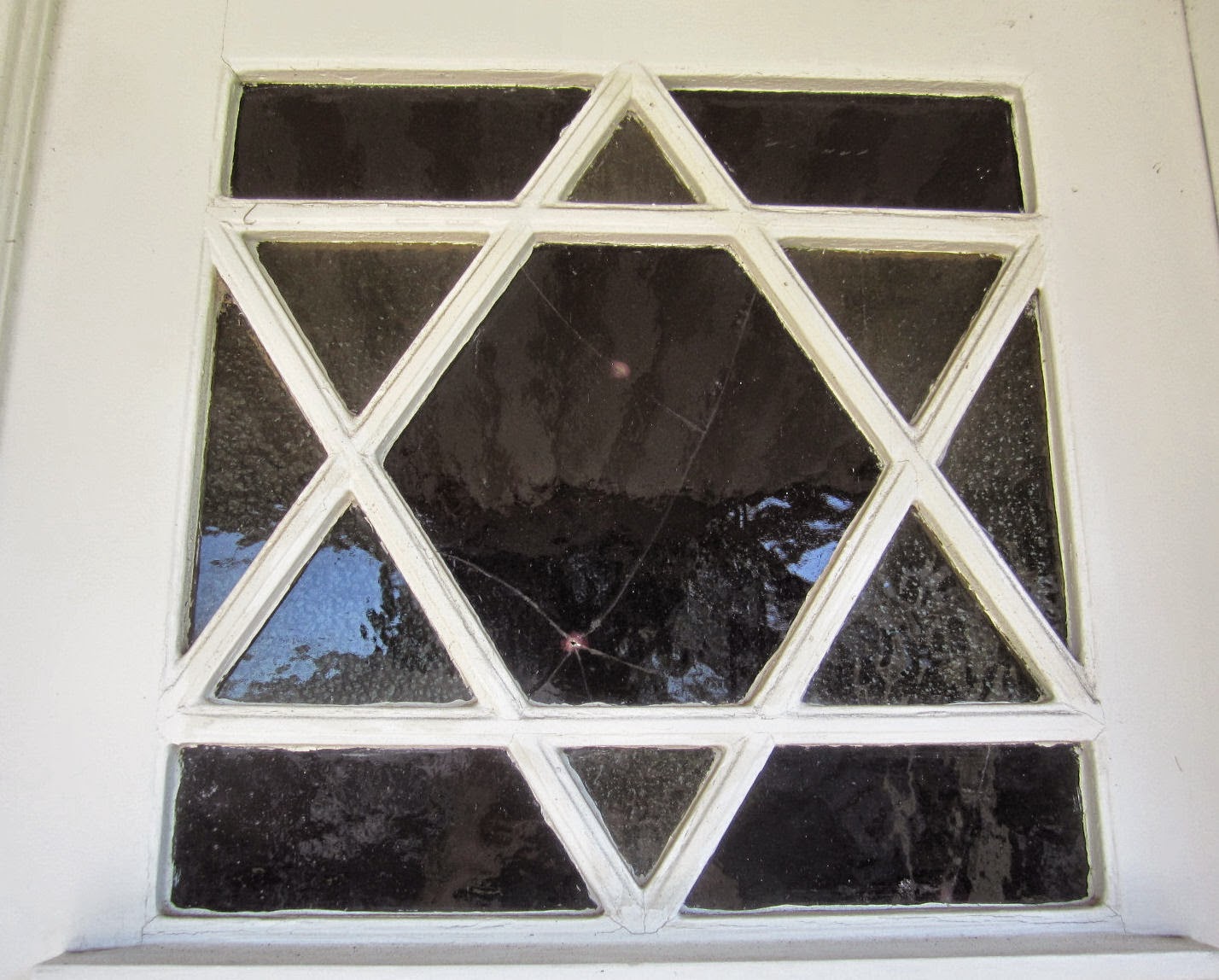 But then Dirk Langeveld, the former editor of New London Patch who sometimes tips me off to fabulously obscure Connecticut spots, told me the synagogue was still there. I Google Mapped it immediately, and when I saw it on my computer screen I knew I had to go find it the next time I was in southeastern Connecticut. 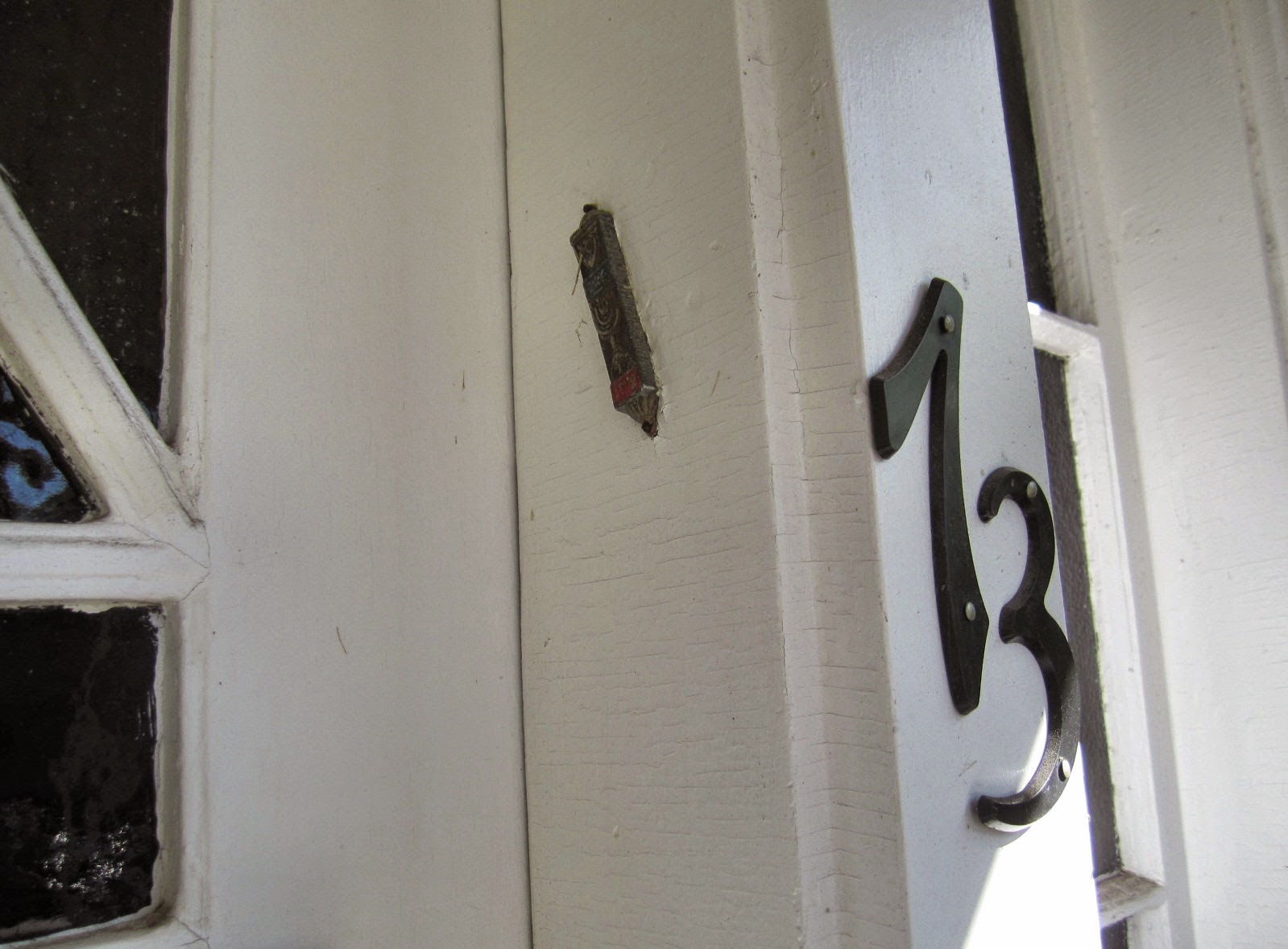 And there it stood, on a residential street I had remarkably never gotten lost on in all my years in New London. 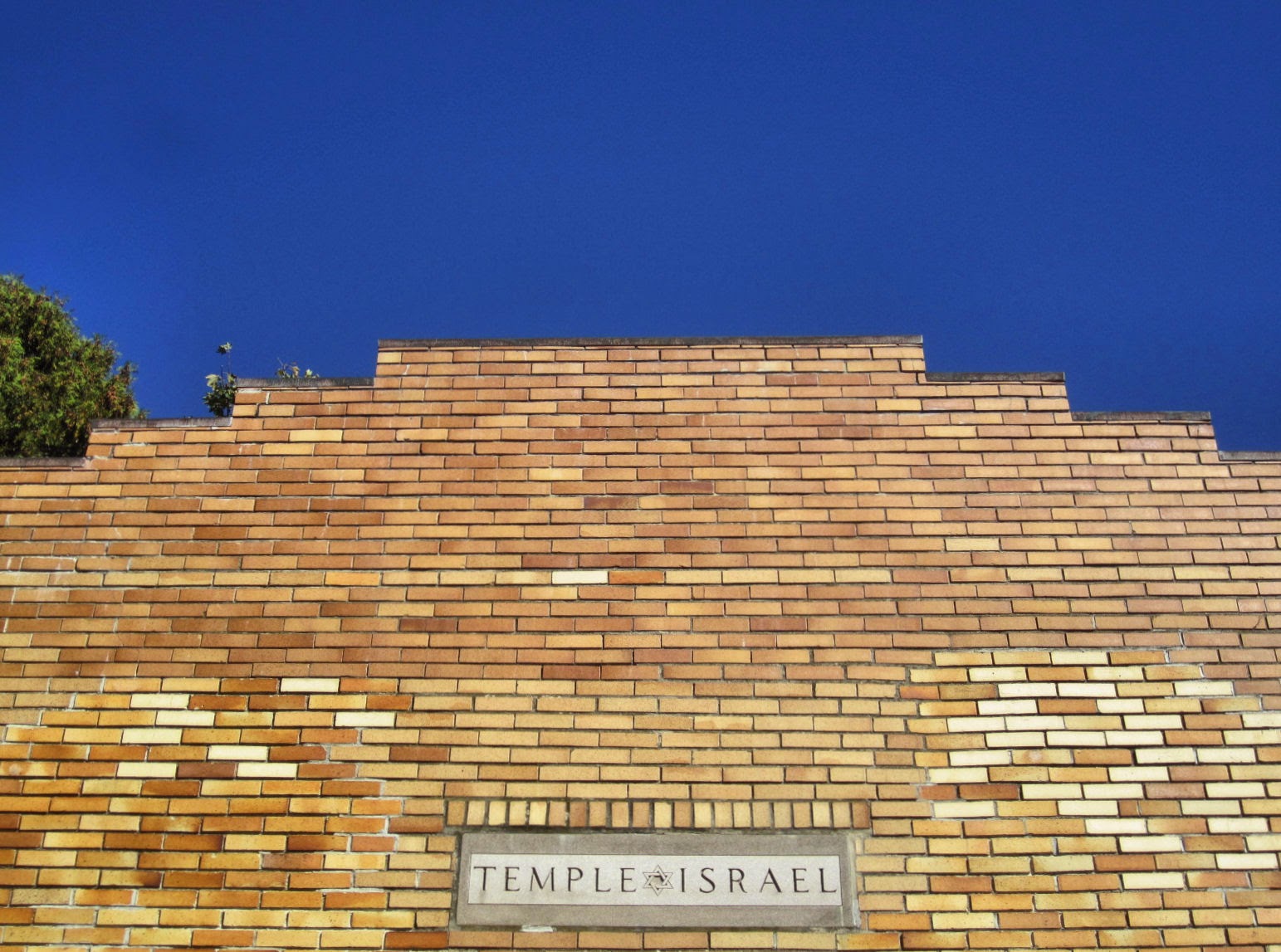 Even if I had, I might have missed it. You have to get up pretty close to see the details, including the little sign on the door indicating that not only is Temple Israel still standing, it's also still functioning as a synagogue. A nice surprise after this find.
Posted by Johnna Kaplan at 8:25 AM