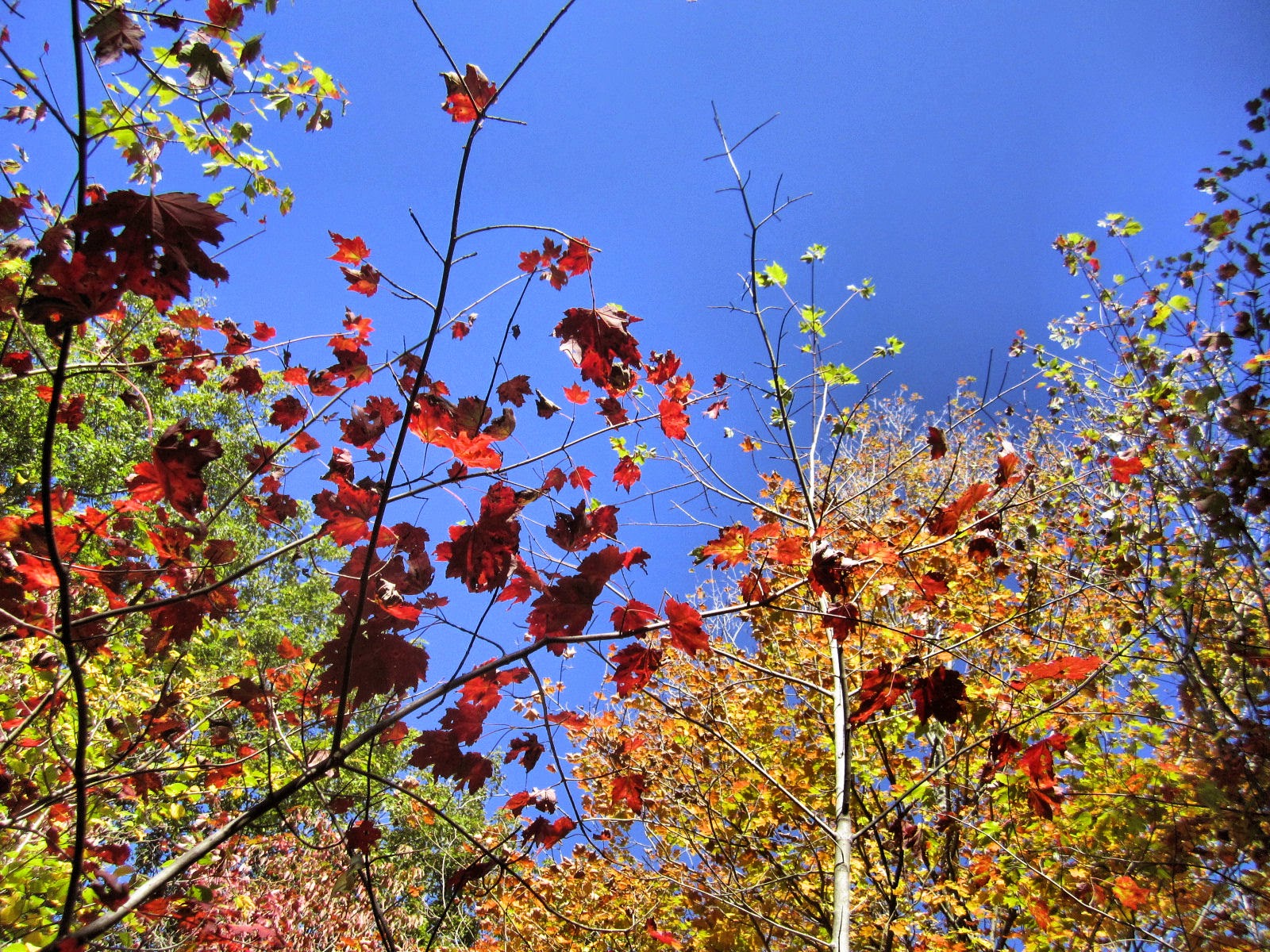 You might have noticed it's getting a bit autumnal outside. 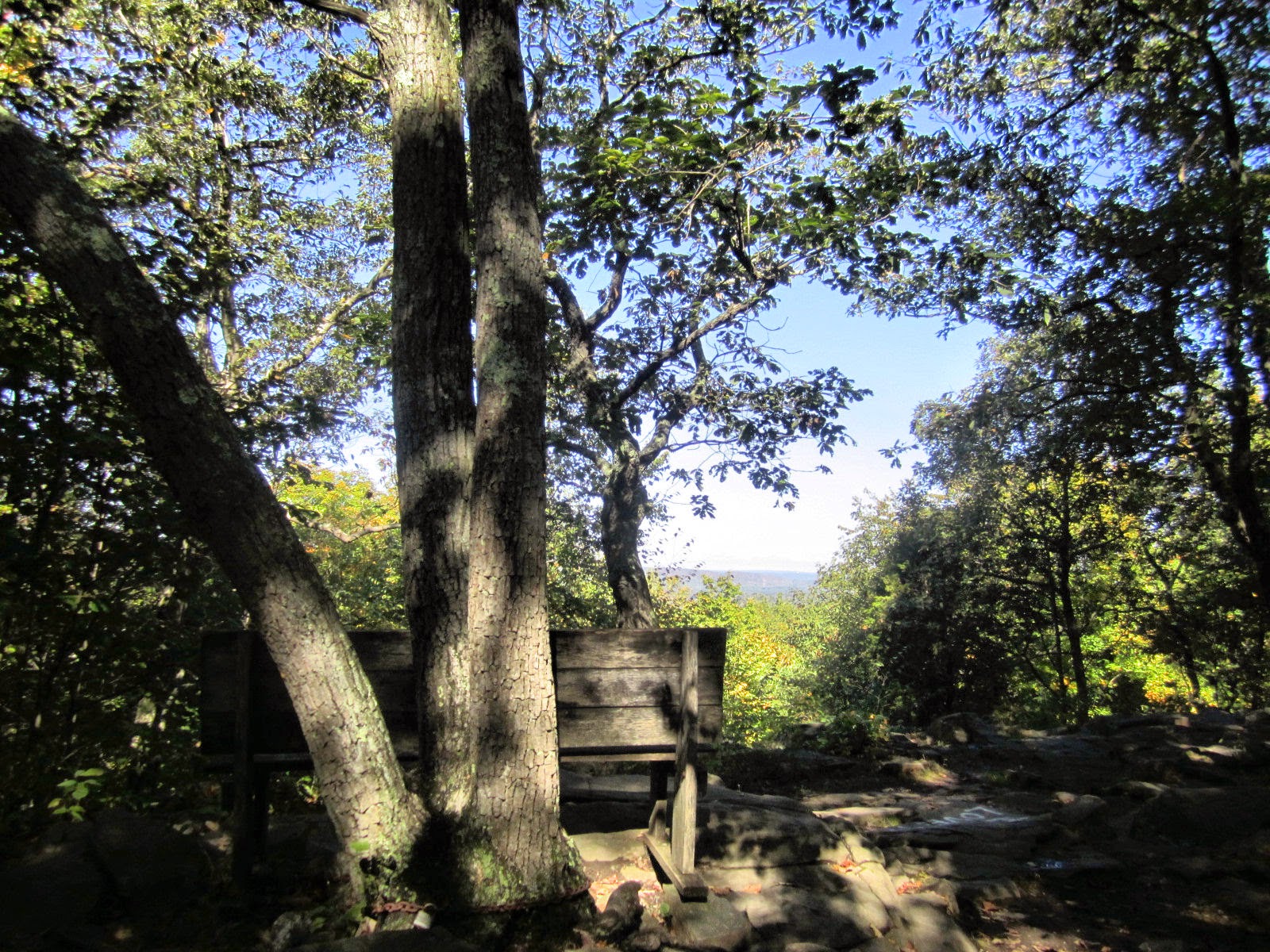 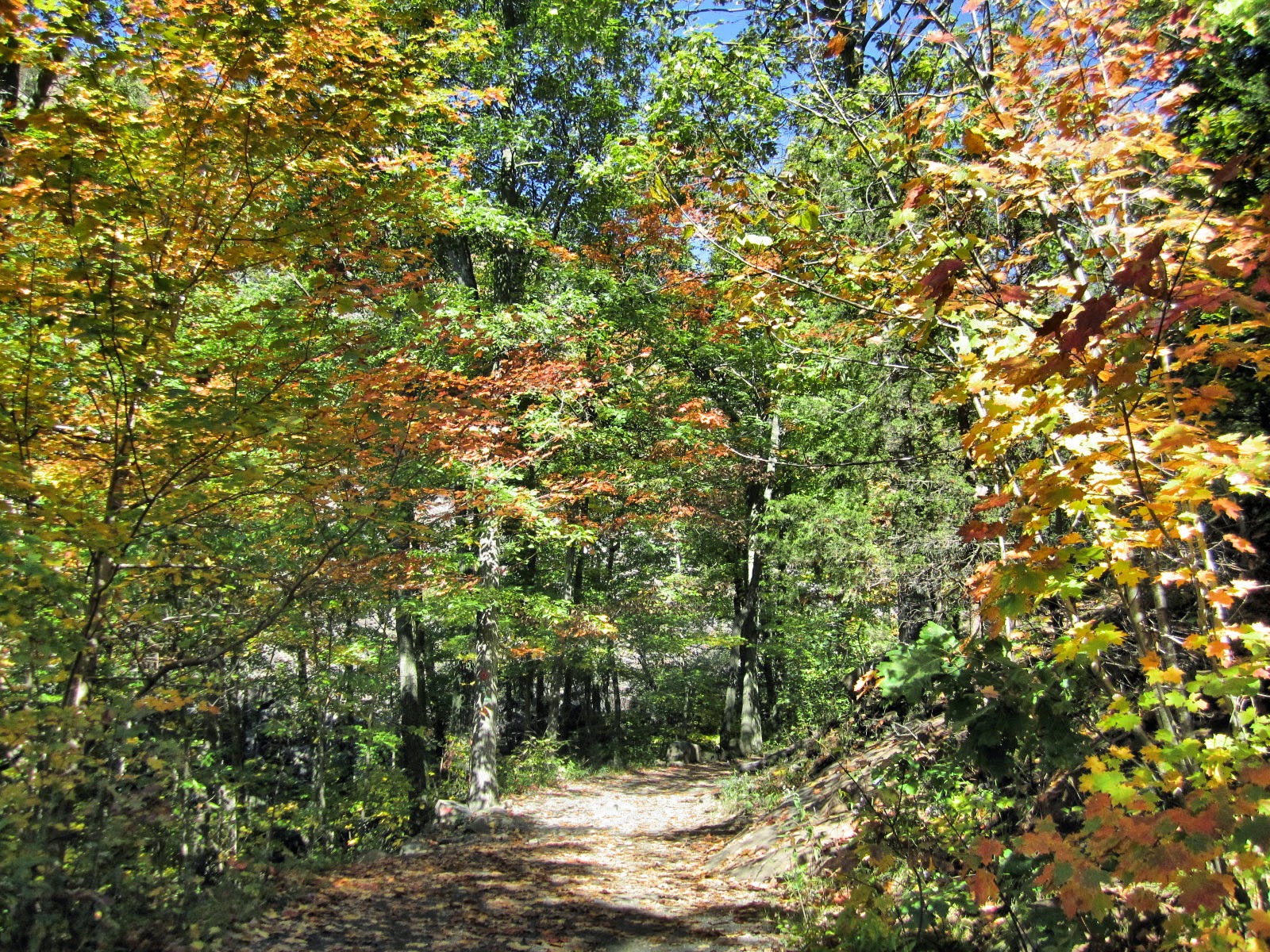 So the other day I went to Sleeping Giant in Hamden. 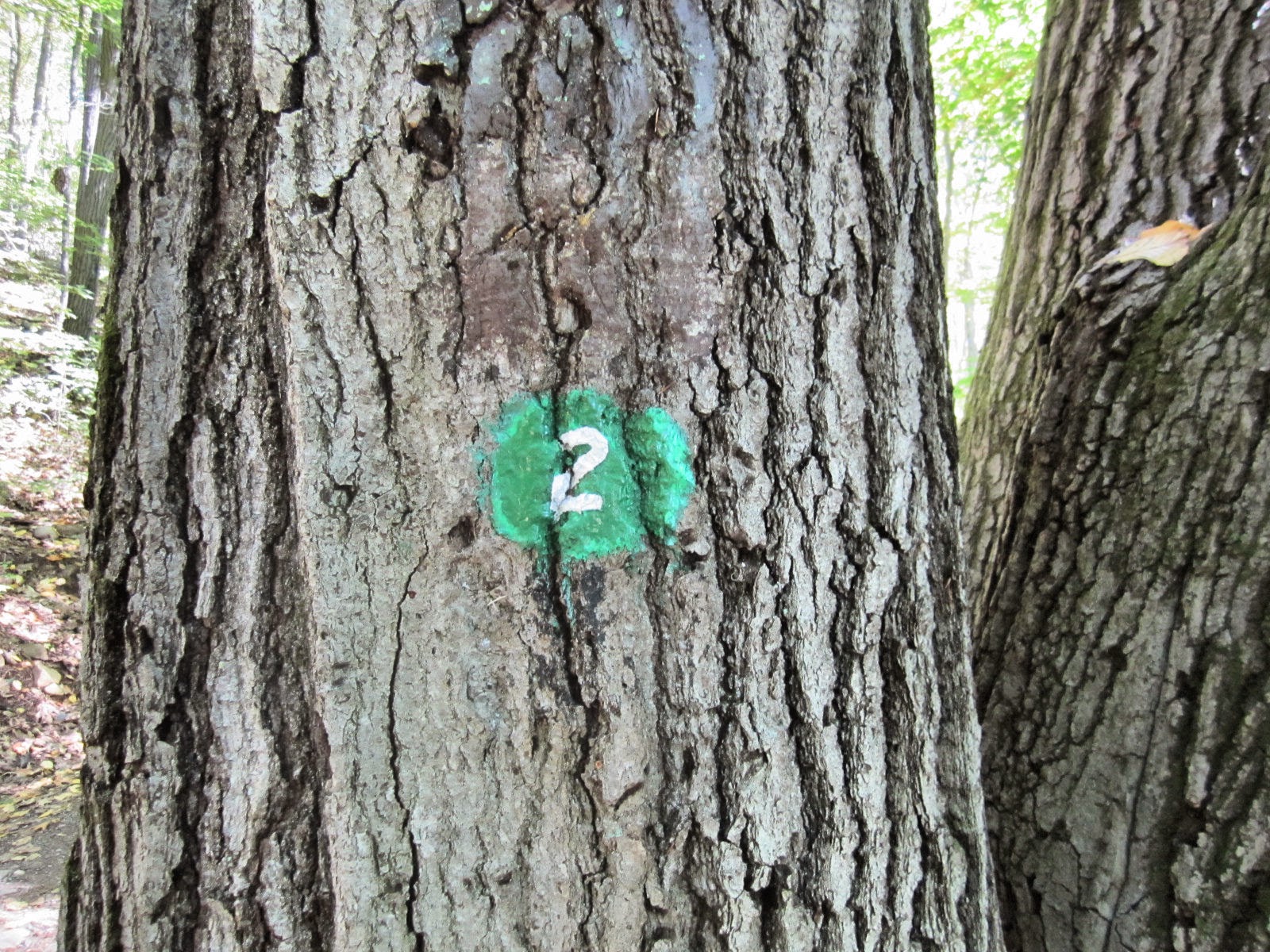 I had heard that the 1.6 mile Tower Trail was flat and extremely easy, a favorite of hikers with barely ambulatory children and small dogs. So of course my knees picked that route. (Yes, my knees have decided opinions on hiking trails.) 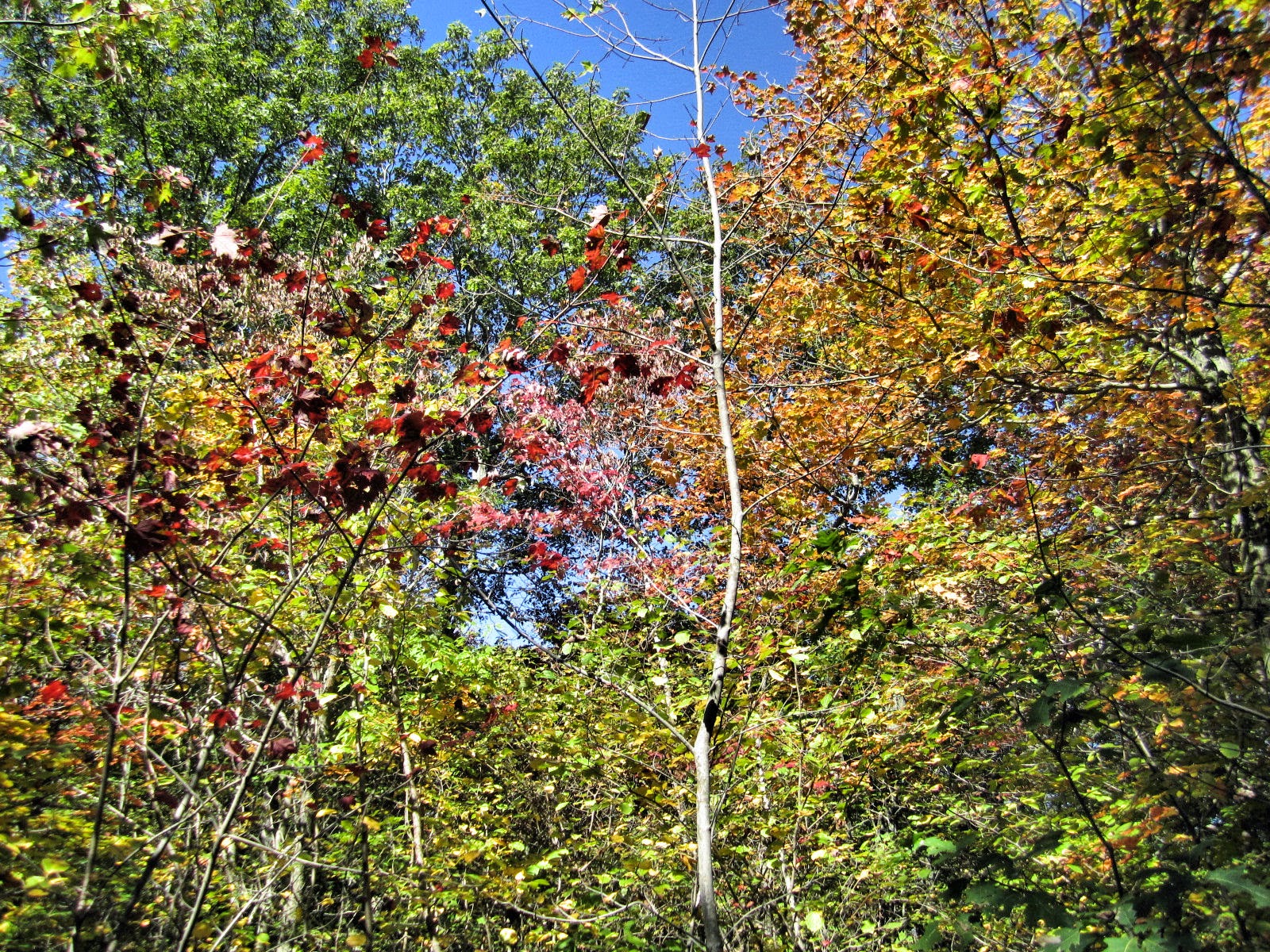 And it is pretty darn easy, but it isn't exactly the suburban sidewalk it's made out to be. The path is rocky, and can be uneven in places. And while going up was pleasant enough, my knees were not entirely happy about going down. 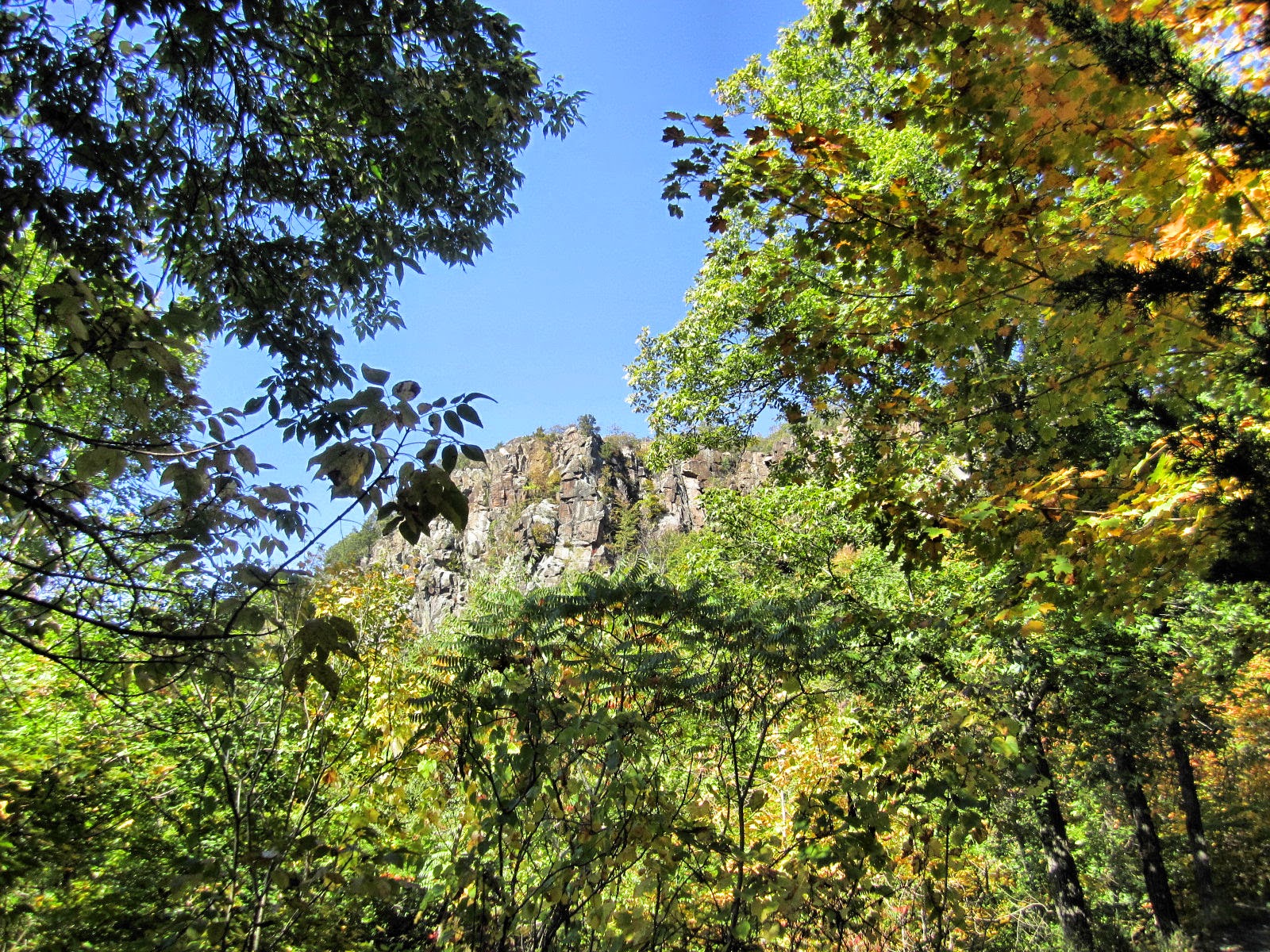 Still, as mountains go, this is about as painless as it gets. 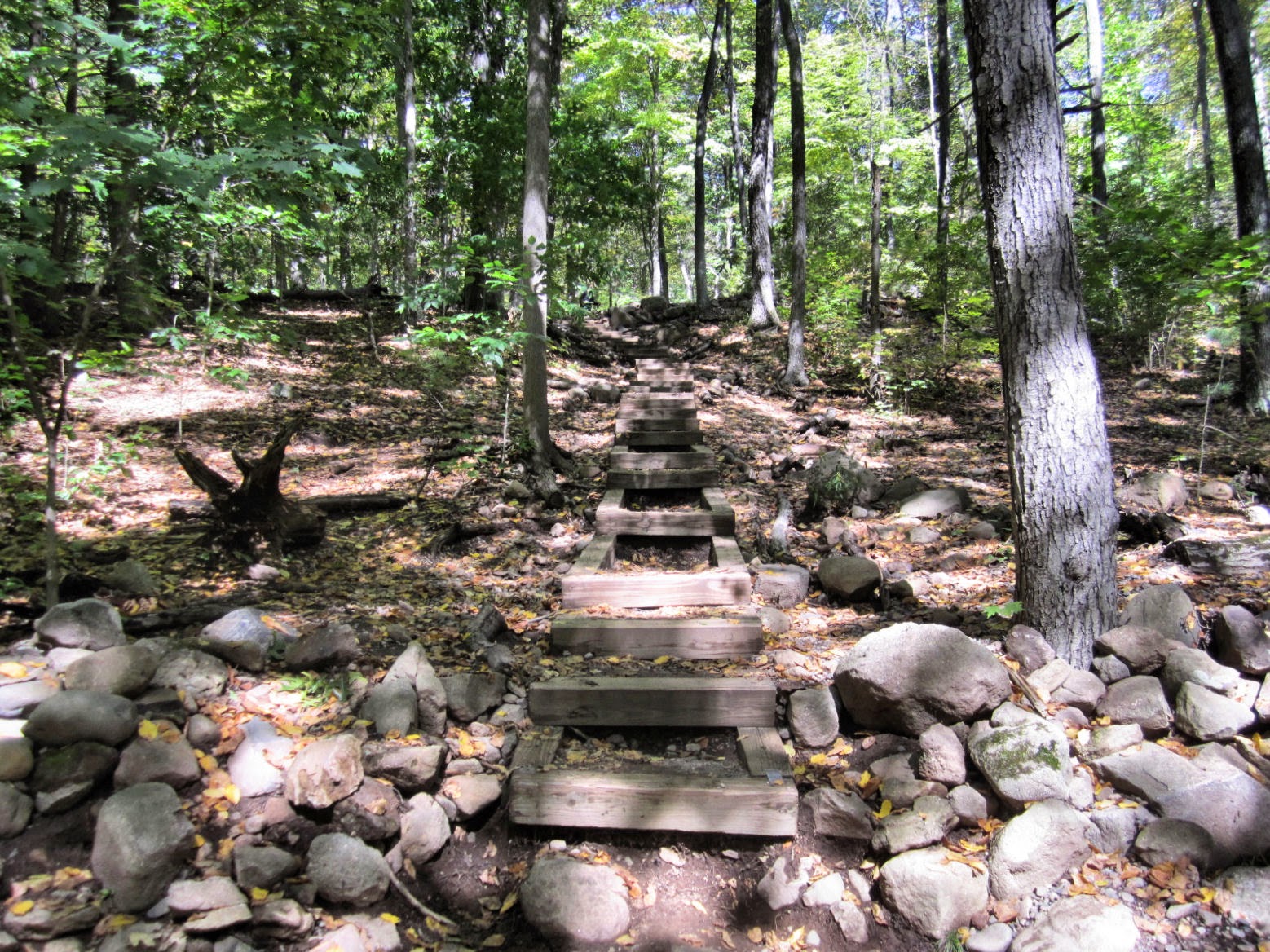 And when I say "mountains," I mean comatose traprock giants. 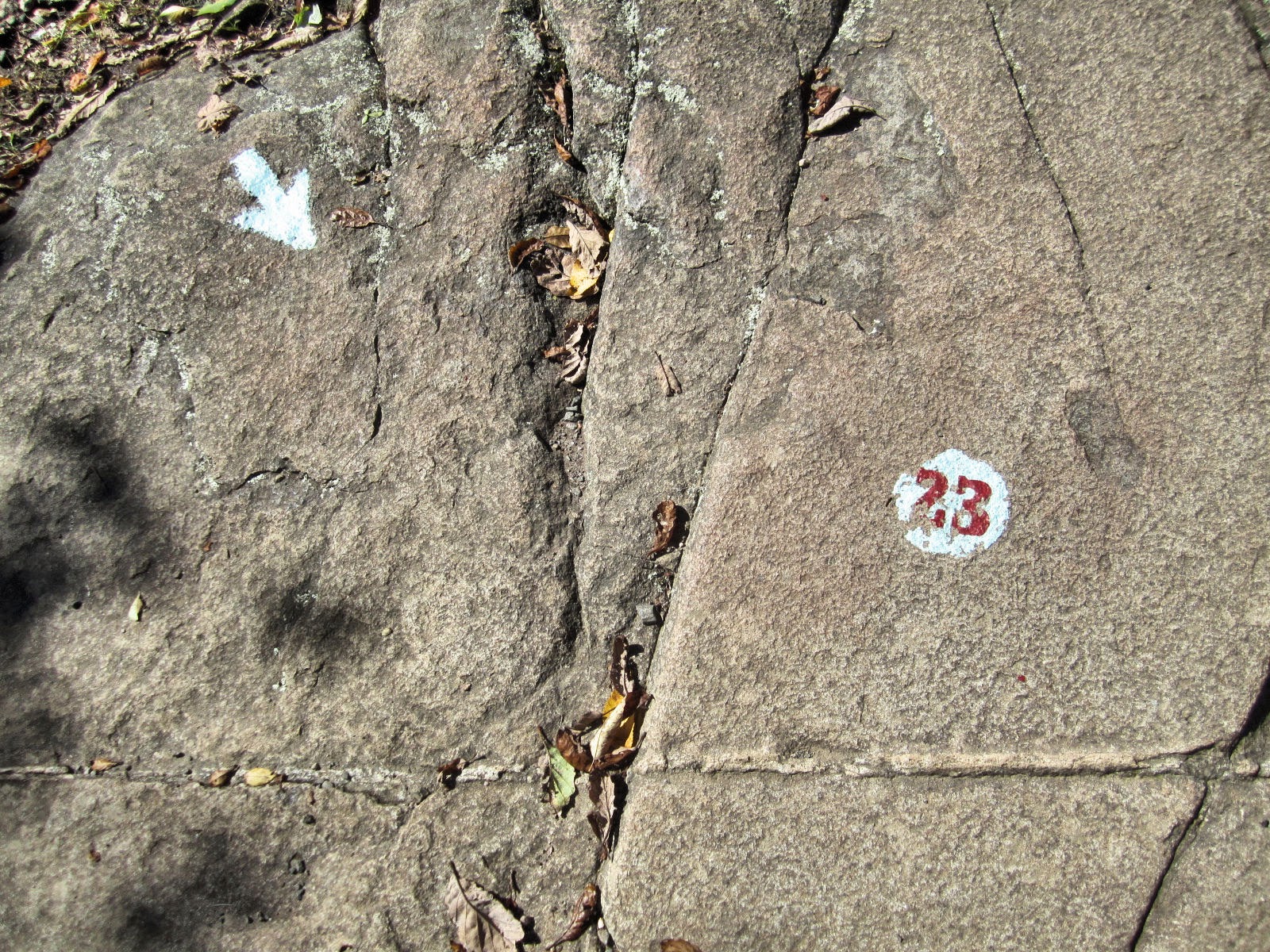 Sleeping Giant's sleeping giant was an evil monster called Hobbomock. (Spell-check thinks Hobbomock should be Homophobic, which is also a sort of evil, but an entirely different problem.) 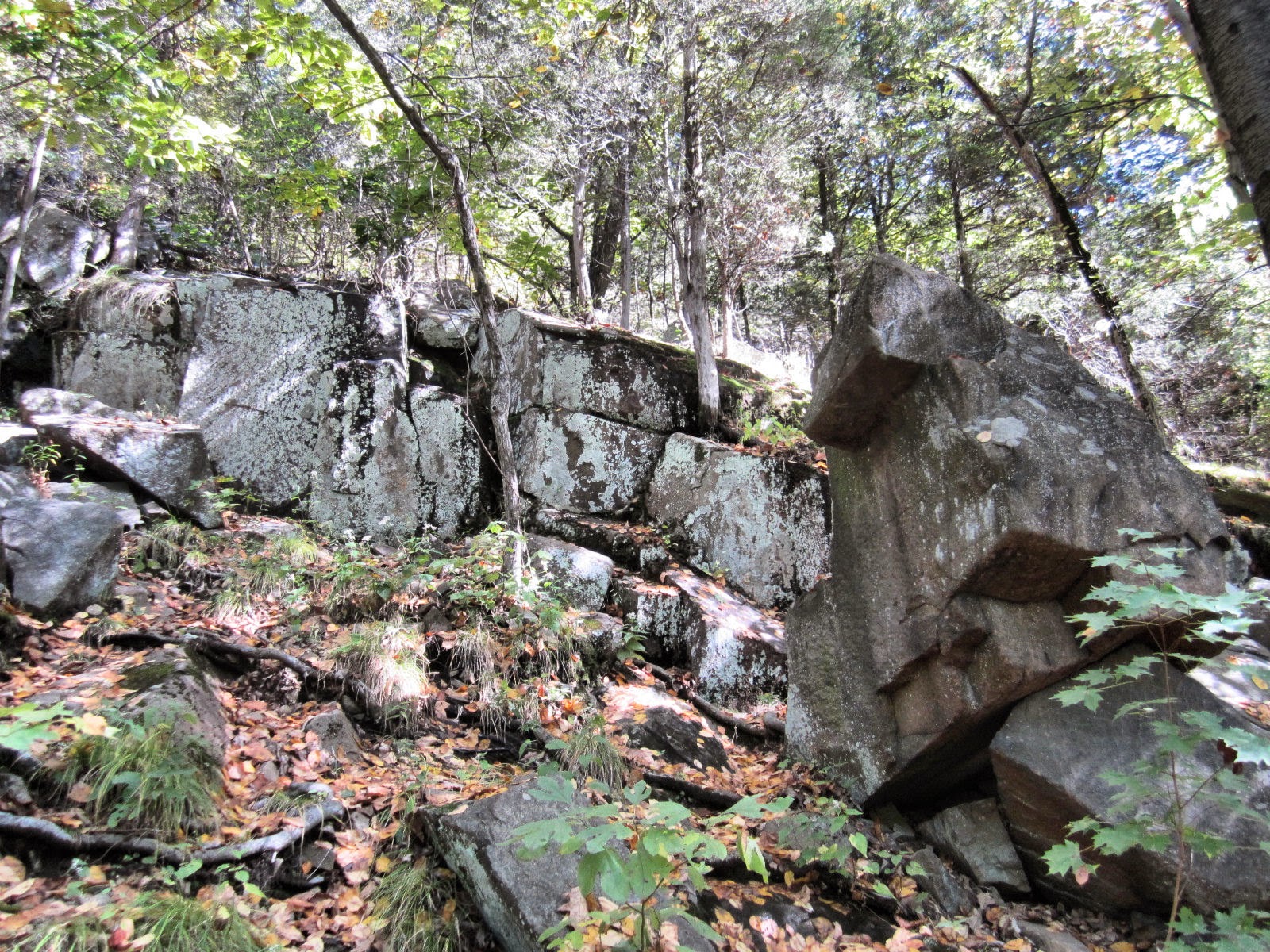 As punishment for Hobbomock's misdeeds, which included changing the course of the Connecticut River in a fit of anger, a god - or a good spirit, depending on which version of the story you read - cast a spell over him, causing him to sleep forever.  (Some history and legend can be found here and here.) 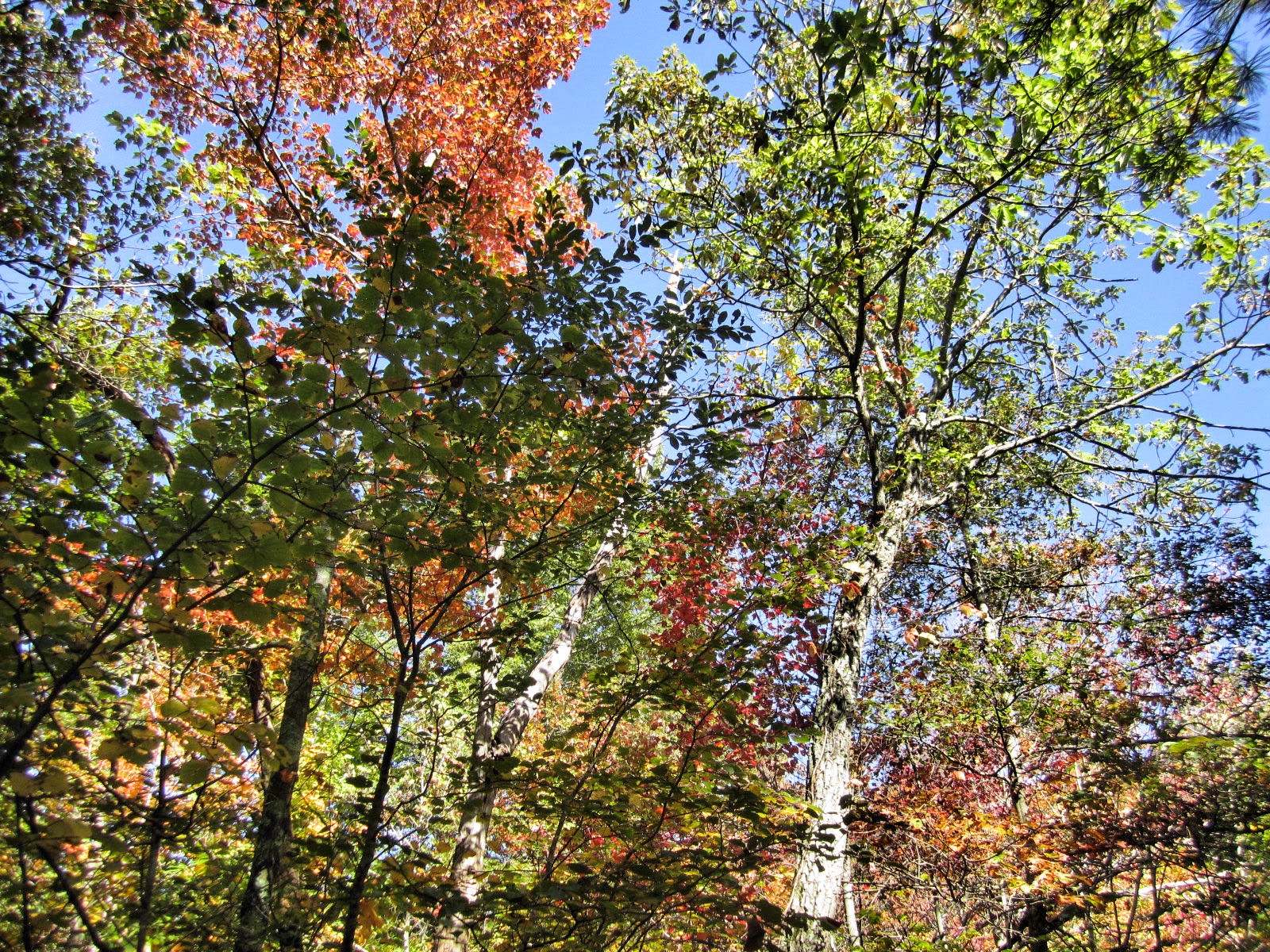 While I was walking up the trail I developed a theory about why the people of Connecticut so enjoy climbing things. 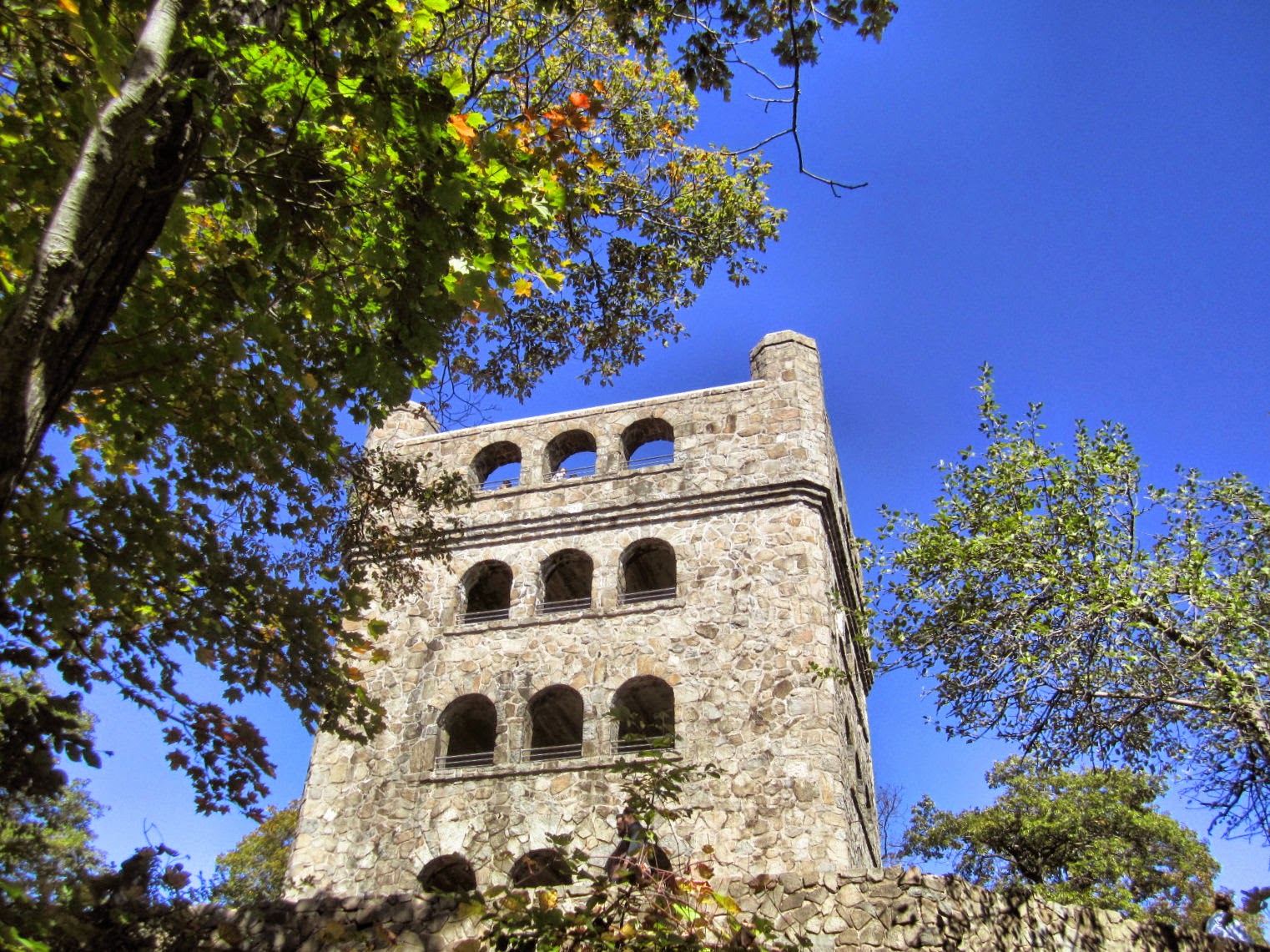 It's because we want to see the castle at the top. 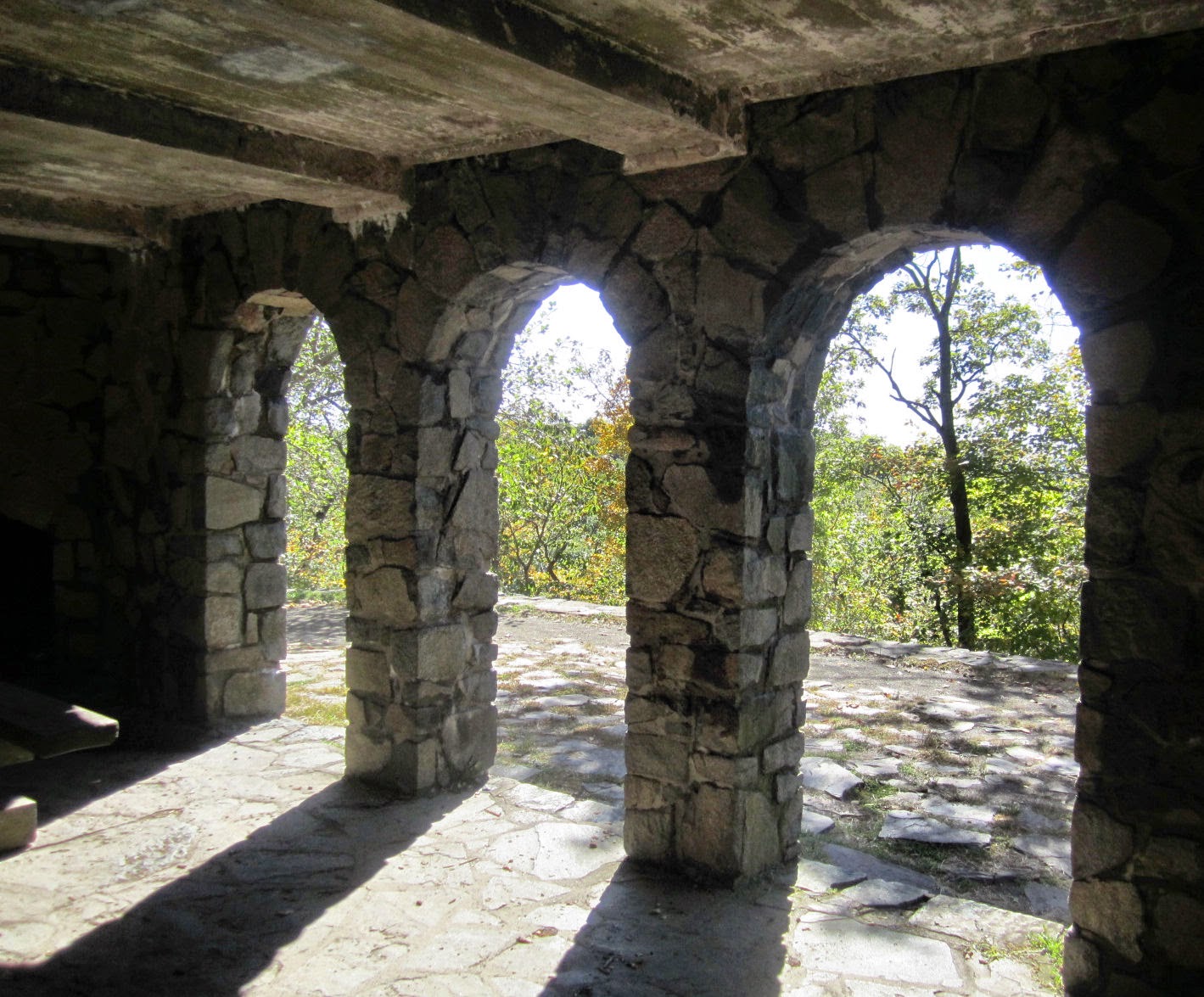 Well, perhaps it's not much of a theory. But it's how at least one parent I overheard on the path convinced her little kid to keep walking, and it's certainly a good part of why I climb things. I definitely don't do it because I want to see Long Island, which apparently is possible from here. If I wanted to see Long Island I'd get on a ferry to Long Island - far easier on one's knees. 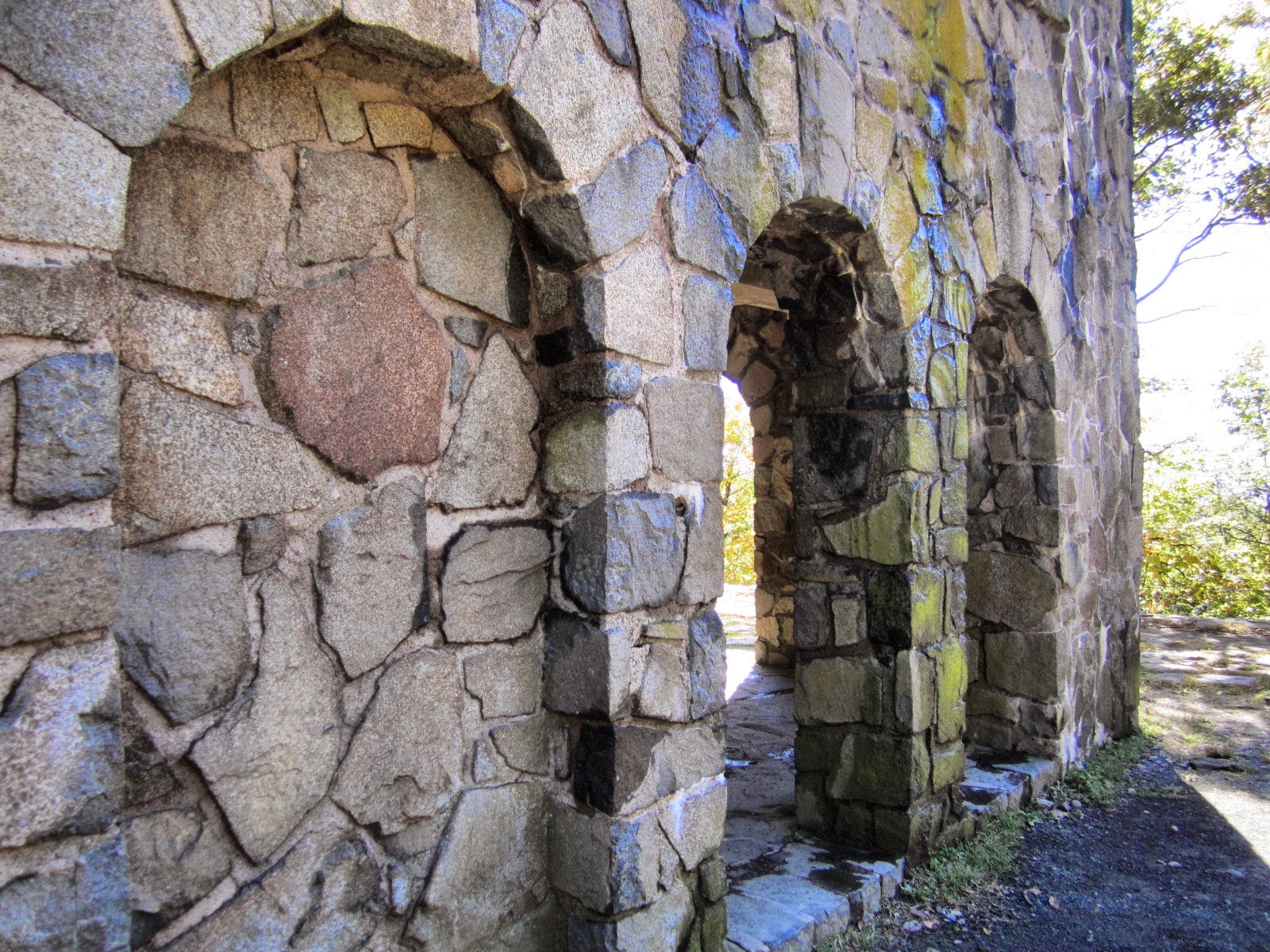 The tower, like so many of the impressive man-made structures in Connecticut's state parks, was a WPA project. Makes you wonder what anyone is building today that will still exist, let alone inspire droves of people to climb mountains, 80 years from now... 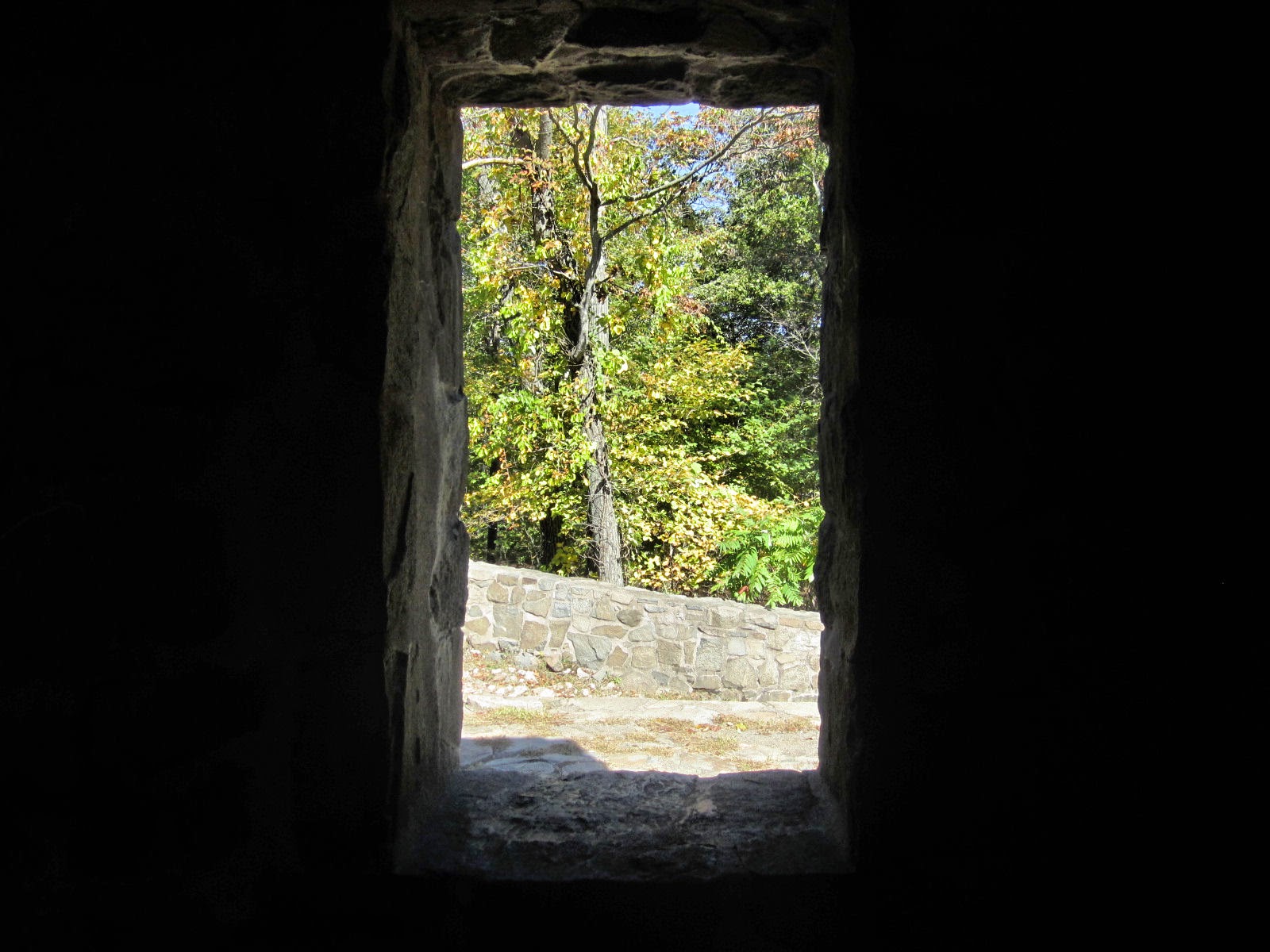 1. Last month I mentioned I was going to be thinking about what to do and where to go with this whole Size of Connecticut thing. I did in fact come up with some ideas, so stay tuned for those; in the meantime the blog will be the same as always, though I may be posting less frequently for the next few months.

2. This post happens to be my first on Hamden and that means I have now written at least one post on each and every one of Connecticut's 169 towns. It never occurred to me to count that sort of thing until a few months ago, when I made a valiant (though probably inadequate) effort to straighten out the town/city/village/CDP situation in the categories on the right side of the page. My goal was to tag posts on, e.g., Collinsville and Niantic with 'Collinsville' and 'Niantic' as well as 'Canton' and 'East Lyme.' Pretty much no one who lives in Mystic or Falls Village would say they live in Groton or Canaan, so I felt that at least the major non-city/town places should have tags of their own. And somehow, during that process, I discovered which towns were missing from the list entirely, and made a little note when I happened to fill one in. Therefore Hamden, which I have passed through approximately 10 million times in my life without ever forming an opinion about   one way or the other, will now always have a slightly special place in my heart as #169.
Posted by Johnna Kaplan at 9:05 AM