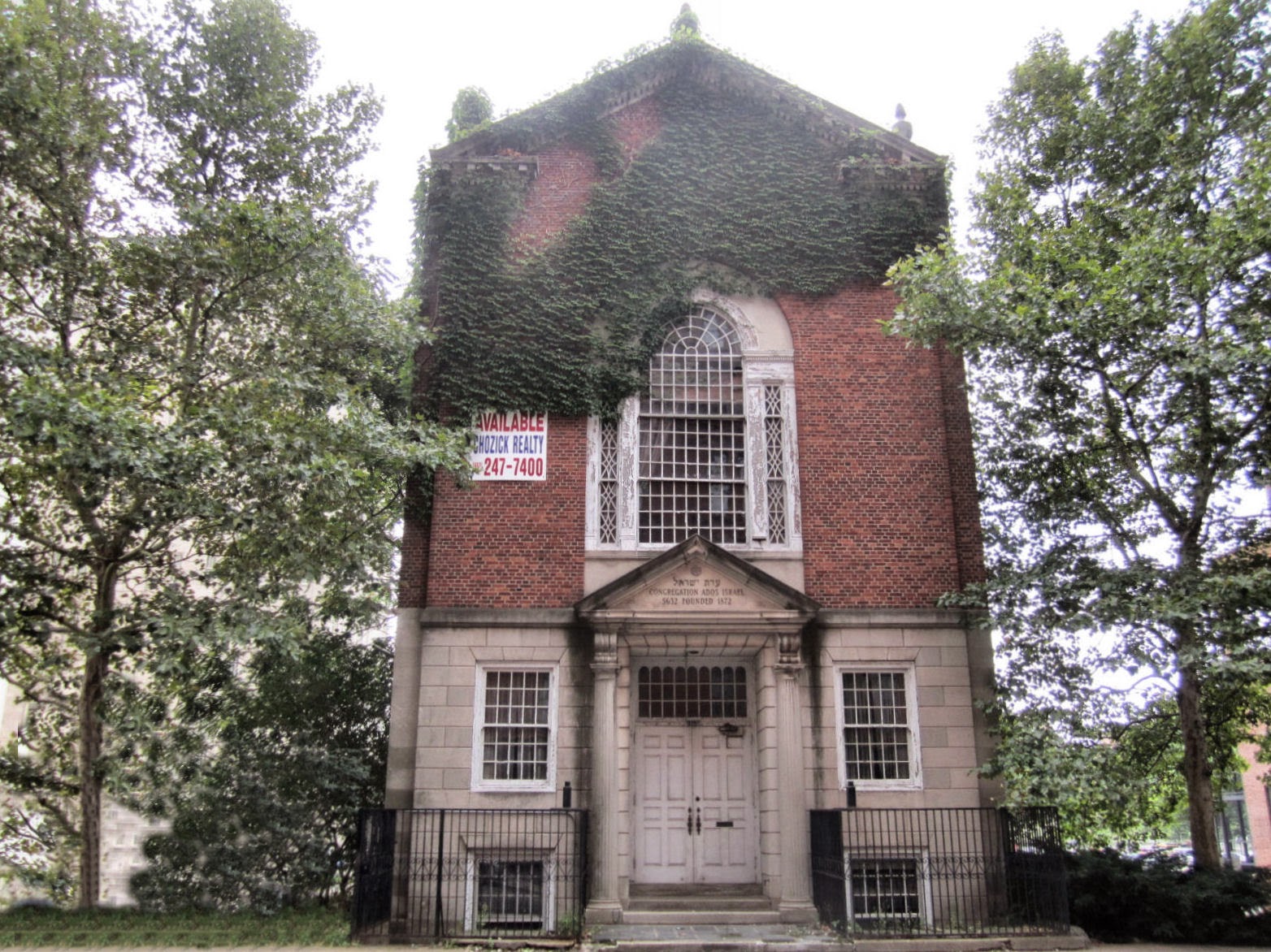 Once there were thirteen active synagogues in Hartford; now there are none. But some of their buildings remain. This one, Ados Israel on Pearl Street, is my favorite.

The congregation was "organized in Hartford by Orthodox Eastern European Jews in 1884 as the "Association of Brothers, Children of Israel." It was the first Orthodox shul in the city. Members originally met on Pratt Street. In 1898 they moved to a large and distinctive building on Market Street, which was, like so many historic Hartford buildings, torn down in the early 1960s. At that time, Ados Israel moved to Pearl Street, into what had been the First Unitarian Congregational Church.

When the synagogue closed in 1986, the New York Times reported that "When the wrought-iron gates of the Pearl Street synagogue close for the last time, it will mark the first time since the mid-1800's that the city has been without a synagogue."

The building (which is on a really nice block) is for sale. So many buildings to save, so little time...
Posted by Johnna Kaplan at 7:55 AM