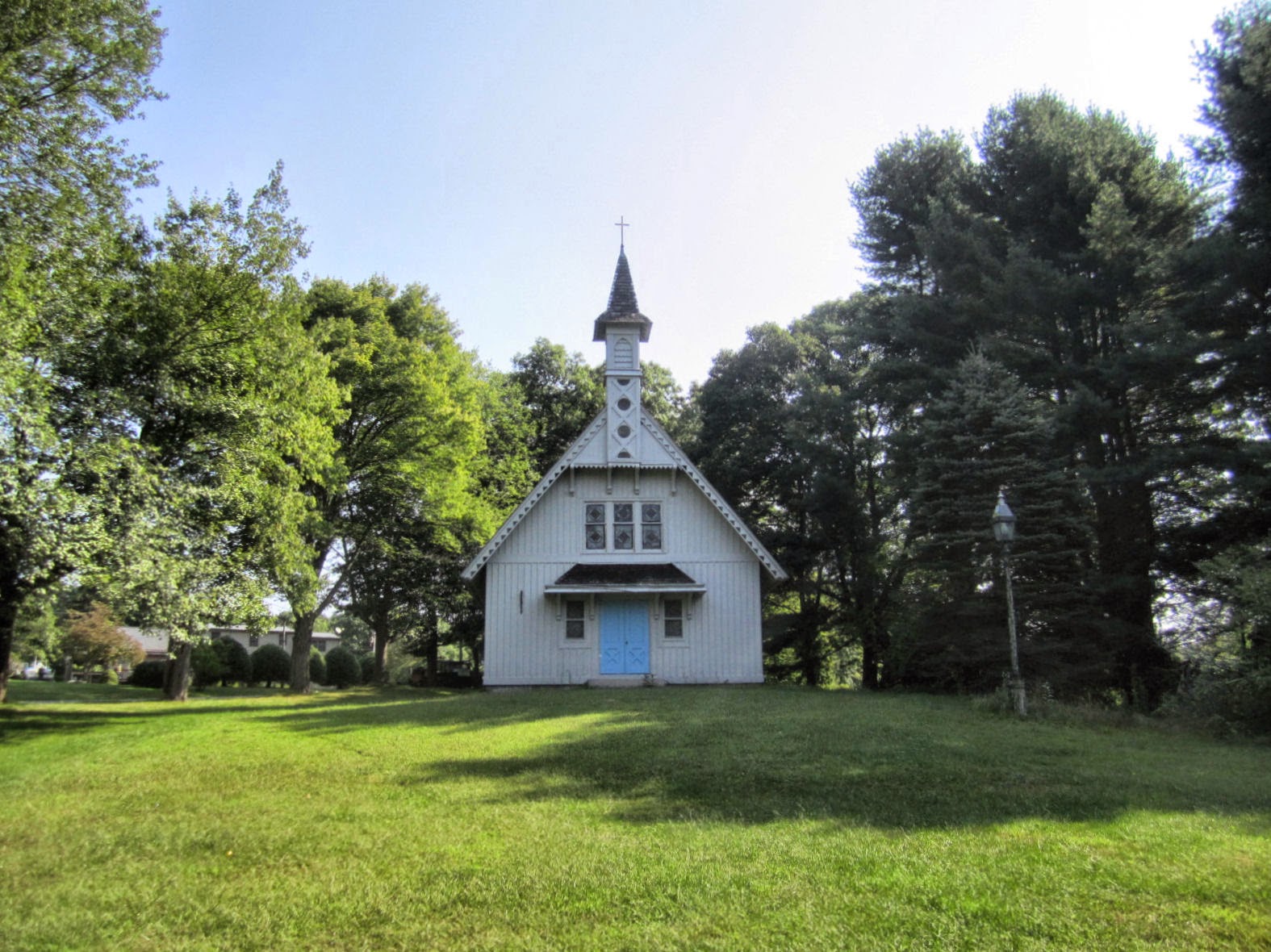 This story ends in East Haddam but it starts in Waterford, as a surprising number of stories do.

While running an errand in Waterford not long ago, I confused Parkway North with Parkway South (if you know Waterford, you will now either nod knowingly or laugh at me) and had to turn around at the dead end by the Wal-mart. As I was doing this I noticed a sad-looking little brick building that I instantly knew was a historic schoolhouse. And yet I'd spent years researching and writing about Waterford history (as well as driving down strange dead ends all over town) and this was a schoolhouse I'd never encountered. All because I try as hard as possible to avoid shopping at Wal-mart, I never realized that the old Gilead Schoolhouse was sitting there on Parkway North all this time.

But later, while I was reading about the Gilead Schoolhouse (Gilead was a section of town named for its situation "beyond Jordan," another Waterford village), I found something even better. Though most of Gilead disappeared as the area was developed (got to have a Wal-mart, right?) one lost building was not torn down. It was disassembled, driven 30 miles away, and put back together.

This was the Gilead Chapel, the Carpenter Gothic confection above, which was moved to Johnsonville in East Haddam in 1969. 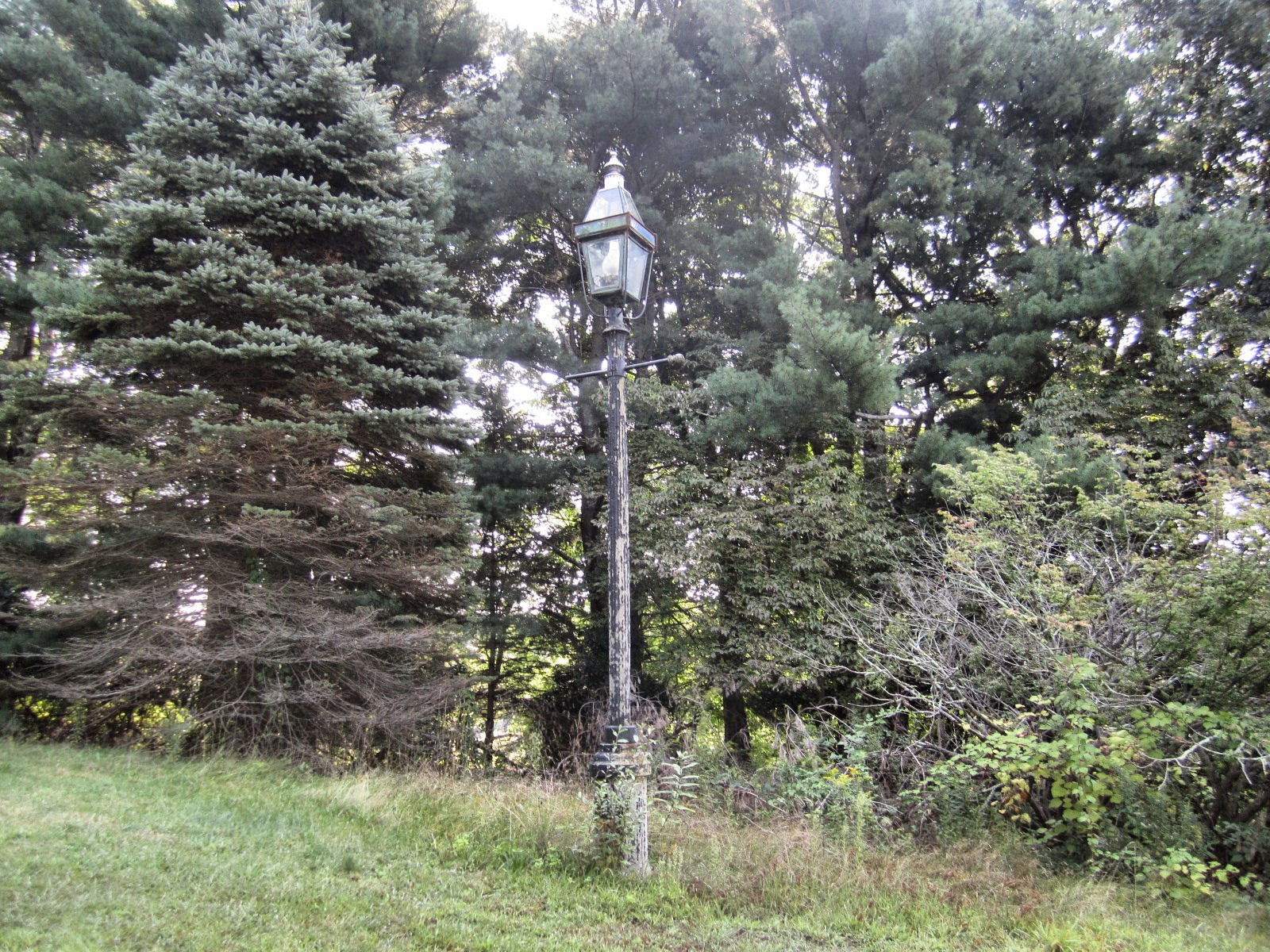 Johnsonville was, first, a 19th century mill village. The Moodus and Salmon rivers provided the power for mills producing twine, which is how the village of Moodus in East Haddam got the nickname "The Twine Capital of America." 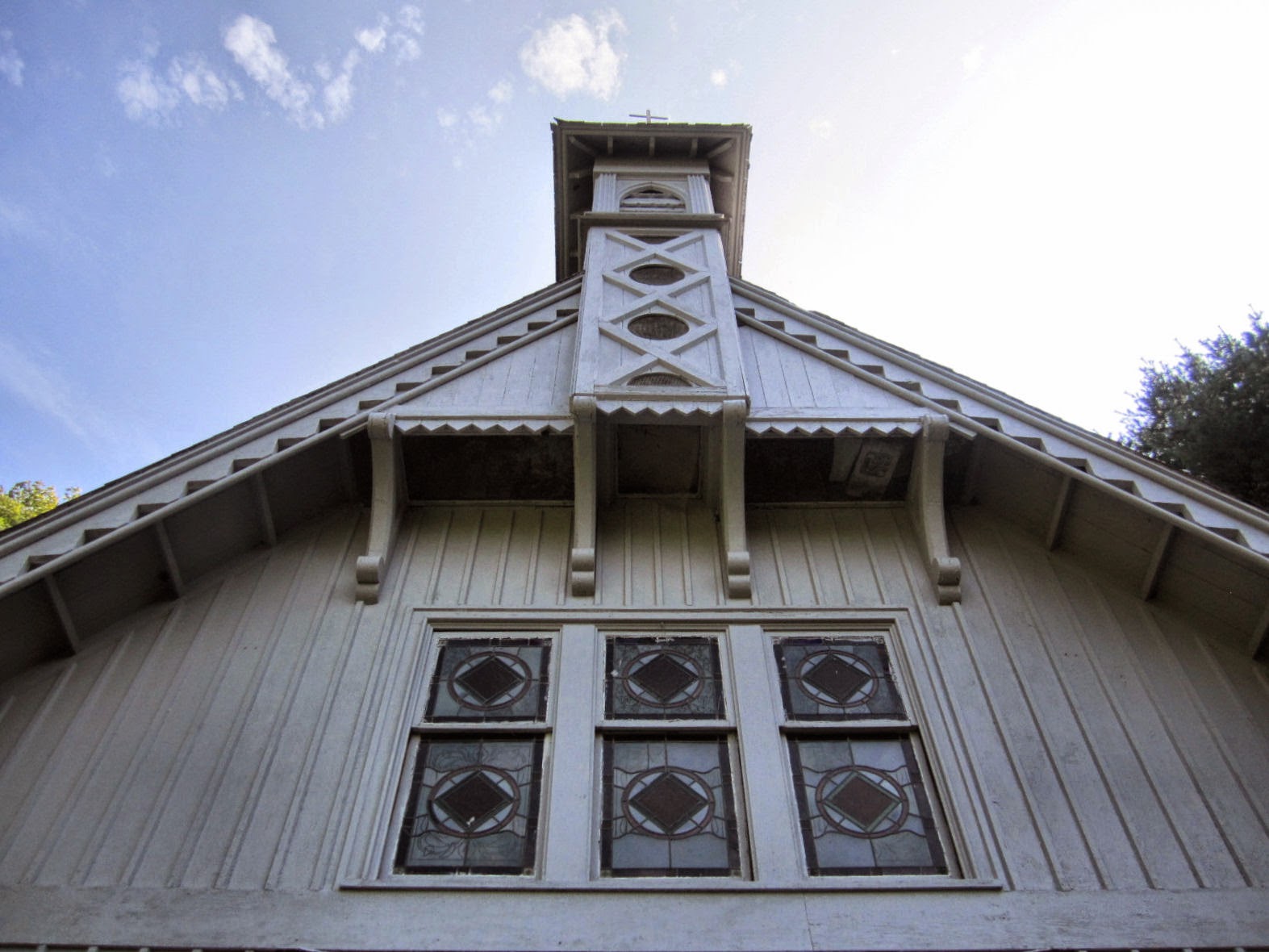 In the 1960s Raymond Schmitt, founder of aerospace company AGC, purchased the land and set about turning the place into a tourist attraction by restoring the village and importing historic buildings from other Connecticut towns. (The people of Waterford, for their part, were none too happy about this.) Visitors could be married in the chapel, examine the recreated "historic" interiors of the barbershop, and gawk at oddities like a steamboat that Schmitt had transported to East Haddam and docked in Johnsonville's millpond. 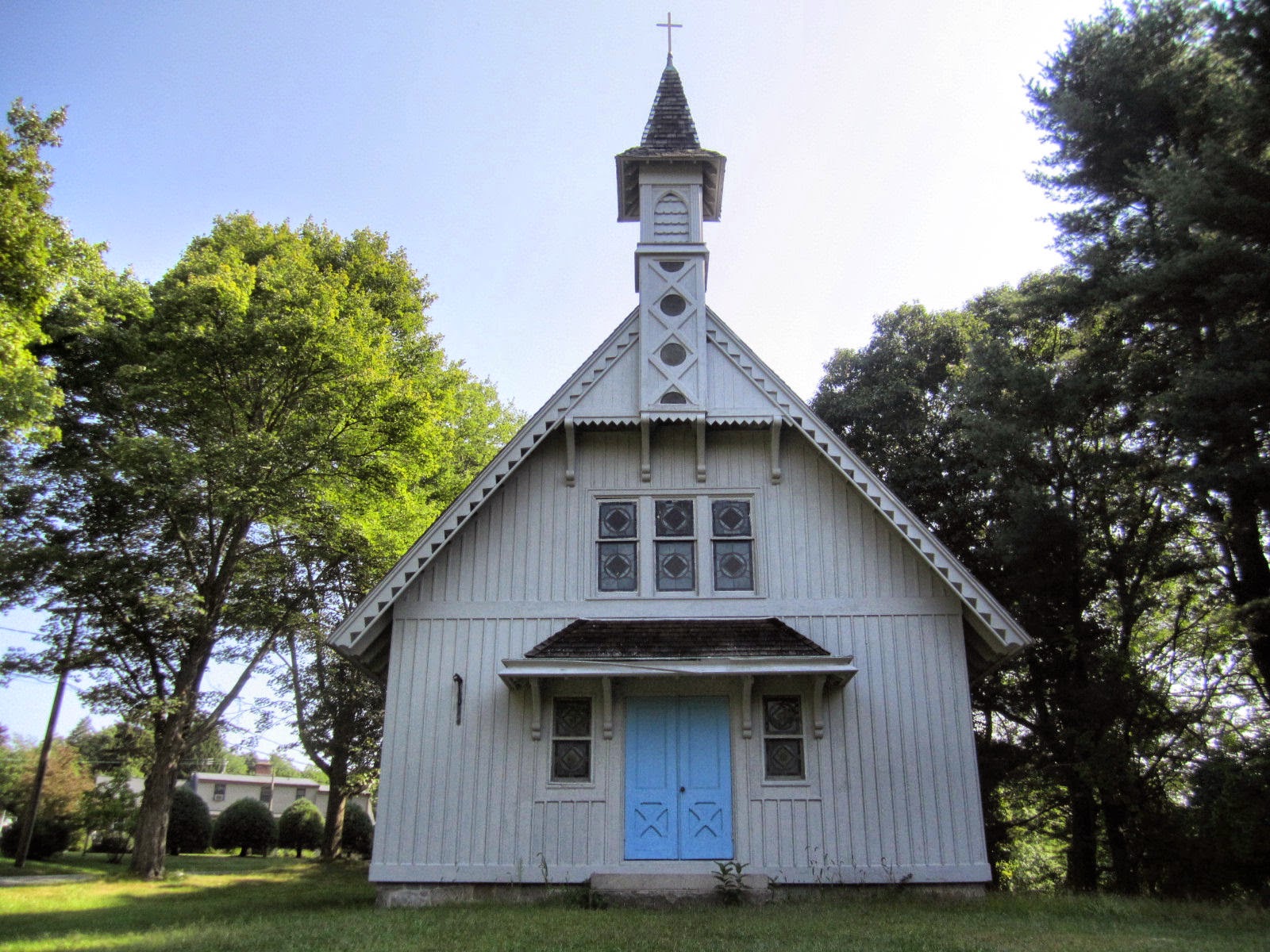 Today, Johnsonville is often called a "ghost town" or an "abandoned village," but it's probably more accurate to say it's a small section of a rural/suburban town with a concentration of empty historic structures. Not that it isn't slightly eerie and very cool - I highly encourage anyone to drive through East Haddam to see it - but, during the day at least, it's not exactly as spooky as it's sometimes made to seem. Though most of the buildings are cordoned off and all are plastered with warning signs, they are still basically part of a residential neighborhood. 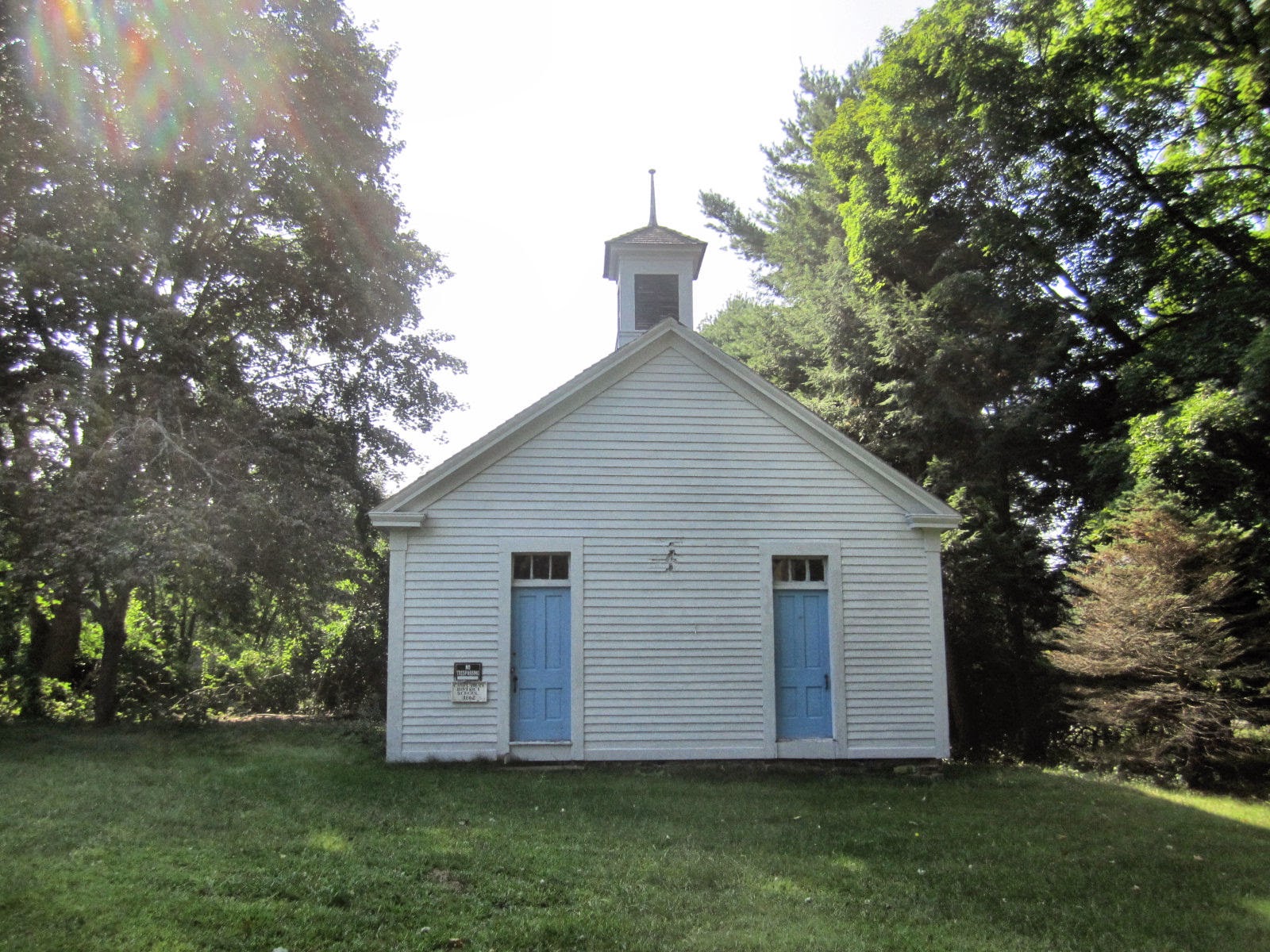 Anyway, when I went to look at the chapel I got a surprise, in the form of a matching schoolhouse across the lawn. The school was found in Canterbury.(About 40 miles away.) 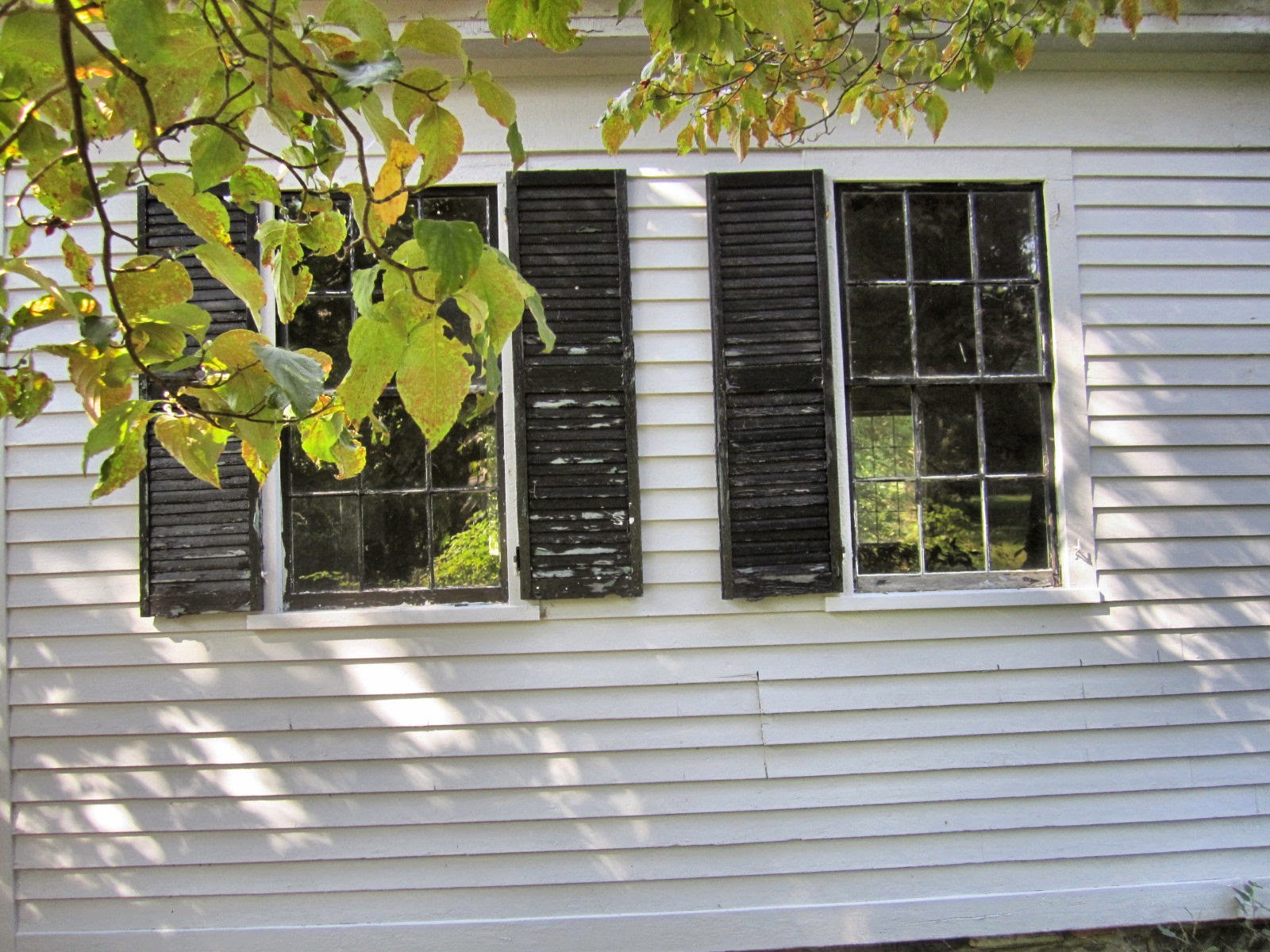 It, like the rest of the village, stands empty, in what appears to be less than perfect but hardly terrible shape, in a positively lovely part of Connecticut, waiting for that rare combination: someone with money and imagination. 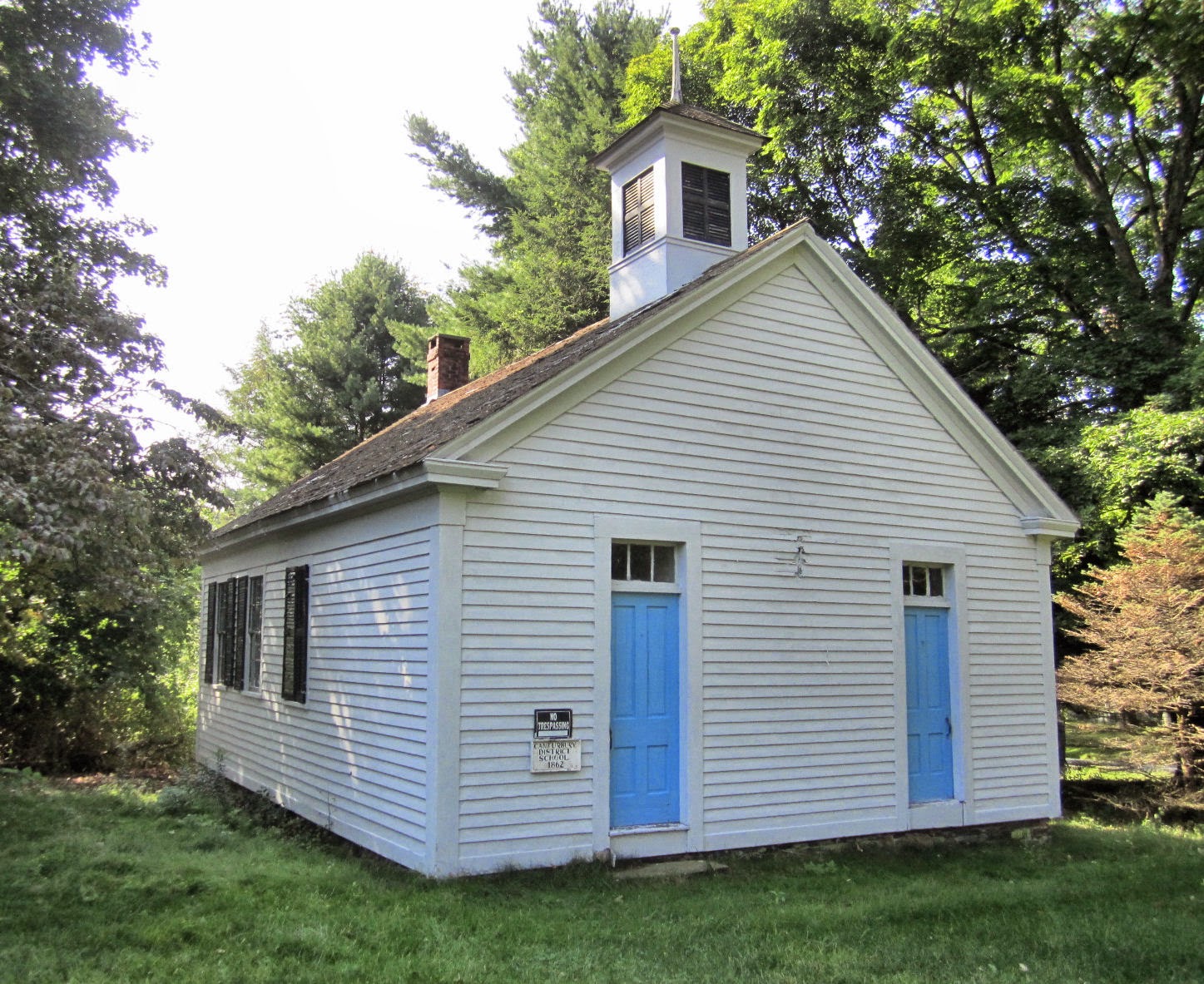 So many things could be done with this pre-assembled curiosity of a town. Tourist attraction, history museum, shopping center à la Cannondale, park à la Boothe Memorial, the list goes on. Personally I vote for subsidized housing for writers, but that's just me... 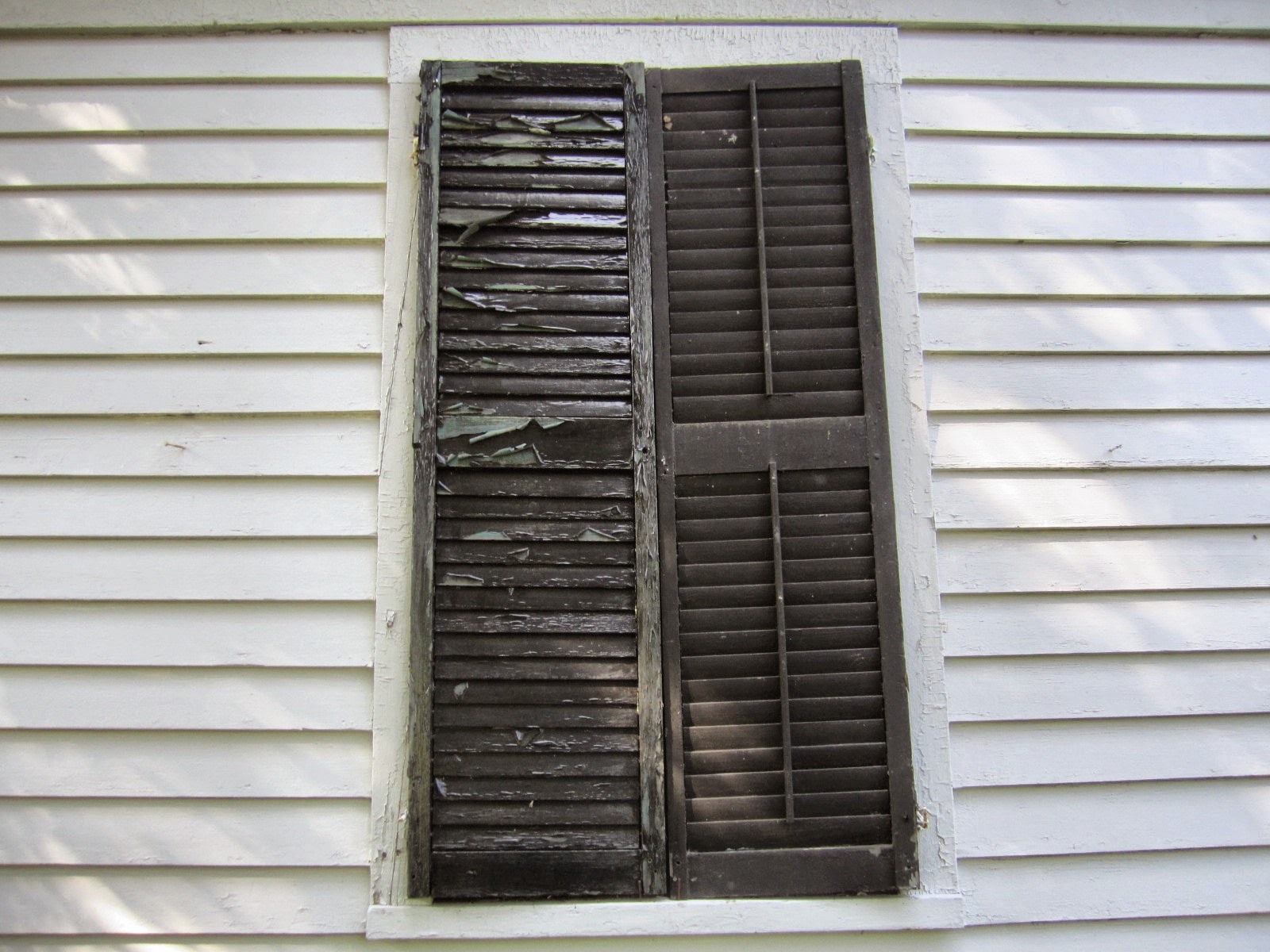 For anyone curious about Johnsonville, here are some links I accumulated while writing this post:

Johnsonville on Damned CT.
A Johnsonville virtual tour.
A look inside the buildings from the questionable reality show Abandoned, Part 1 and Part 2 and Part 3 (4:00 - wait, whaaaat?!)
A nice glimpse at Connecticut in the 1880s, with an appearance by East Haddam's mills, from the Connecticut Historical Society.
Memories of Johnsonville in the Courant.
A brief look at the Twine Capital of America on YouTube.
Posted by Johnna Kaplan at 5:55 AM