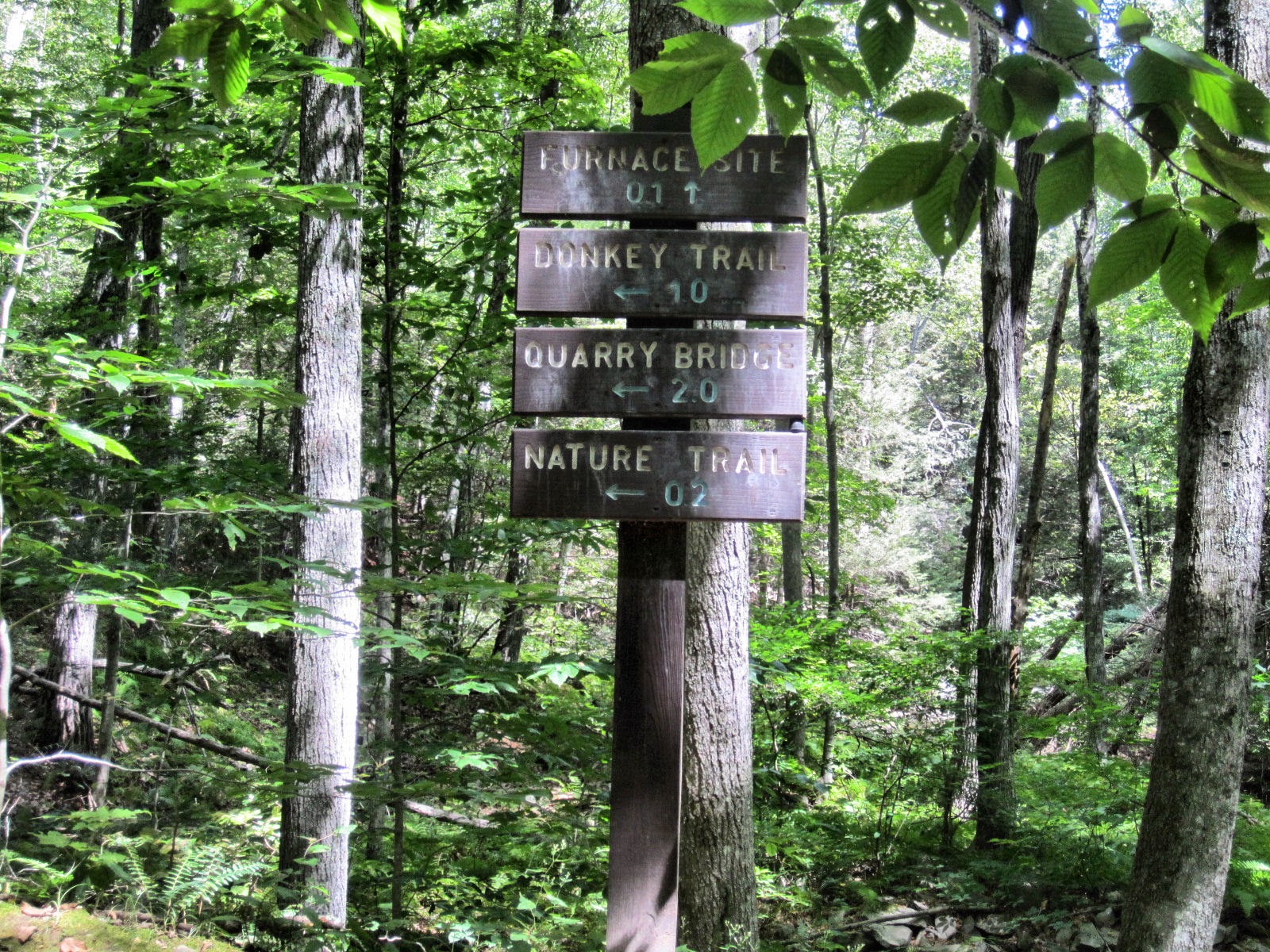 There is much more to the Mine Hill Preserve, maintained by the Roxbury Land Trust, than the remains of a 19th century iron mine. But as much as I love wilderness, I love the crazy-looking things that people go to great lengths to construct in that wilderness even more. 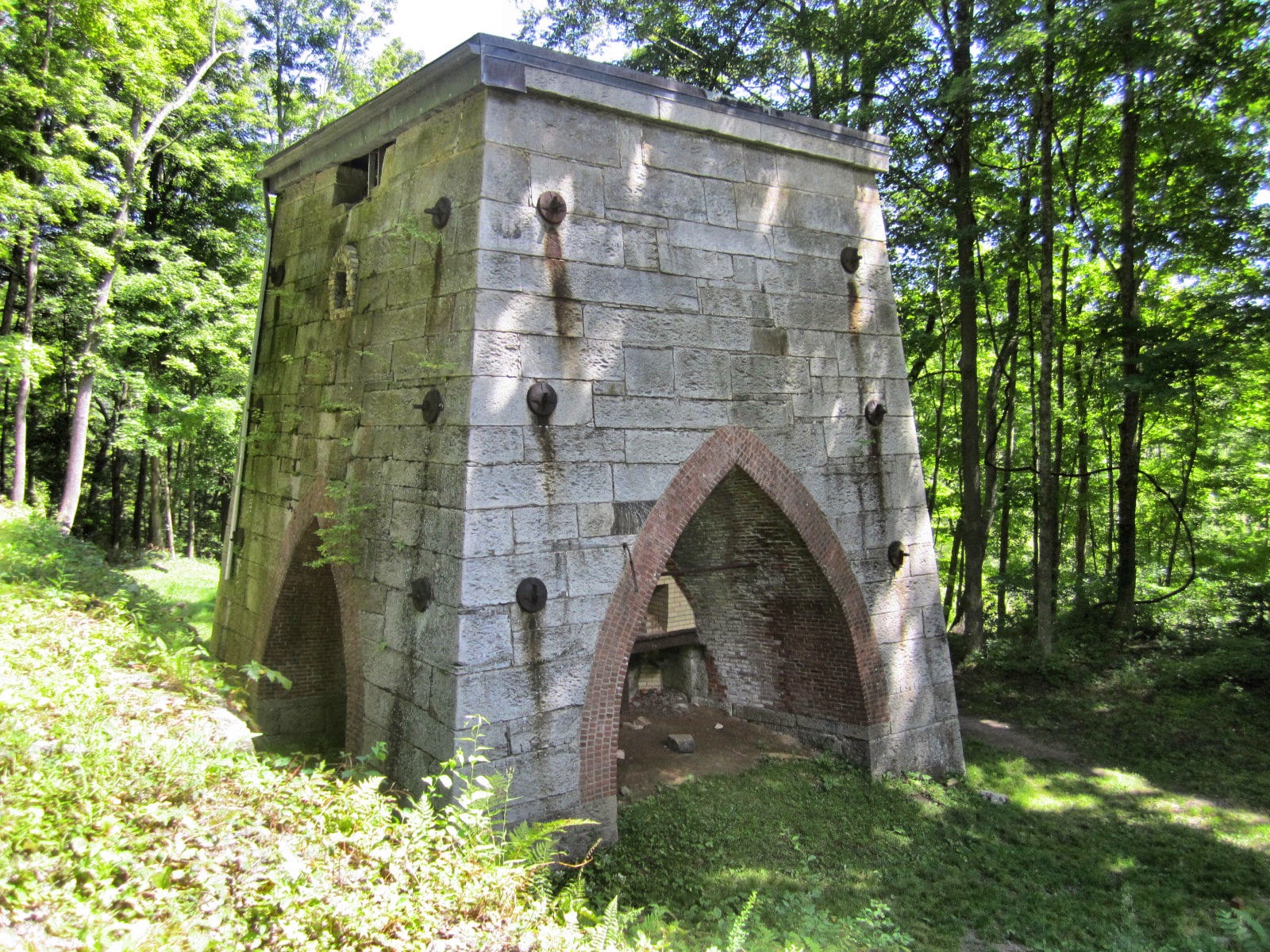 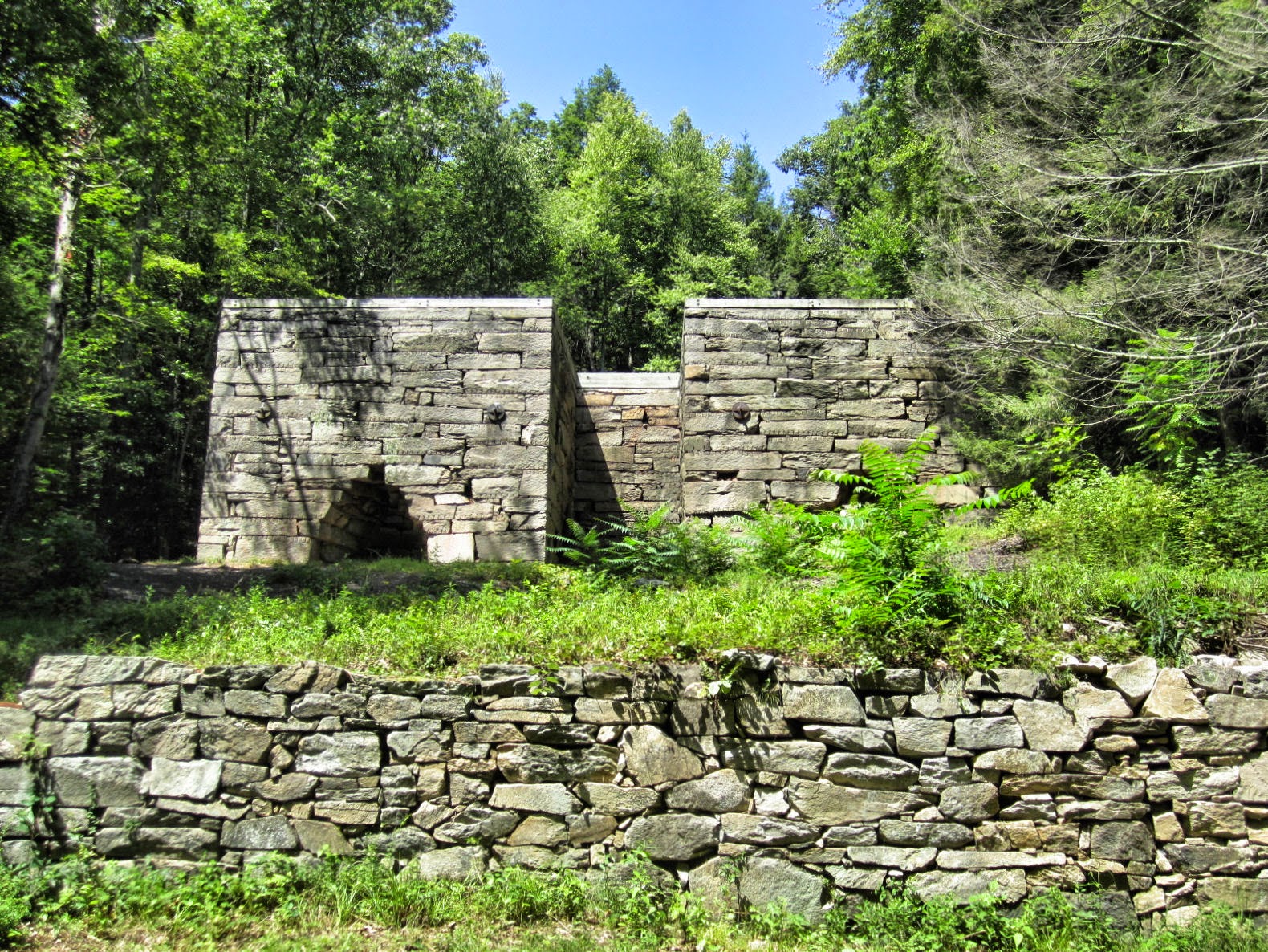 Yet encountering these massive structures is always a bit awe-inspiring. These ovens were used to heat the iron ore after it was extracted from tunnels, which were dug by hand and excavated by candlelight. The ore was transported to the ovens in wheeled carts, which were then pulled back uphill by donkeys. After being heated, the iron was sorted, cast in the blast furnace, and eventually transformed into steel. The process is described here. It still sounds, to me, like impossible alchemy. 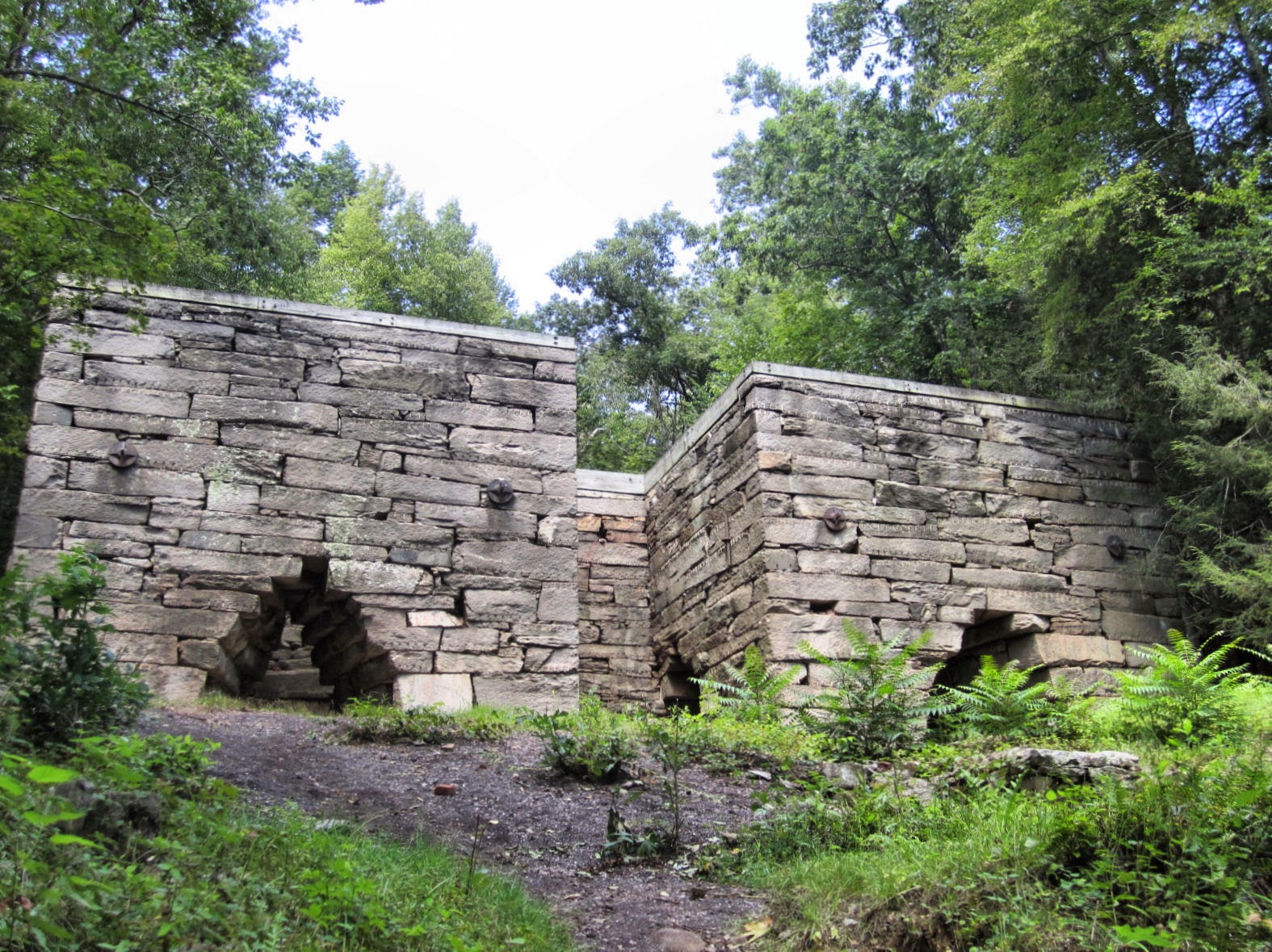 Despite all that effort, the iron works here did not last very long, nor were they particularly successful. For a few decades in the late 1800s work at Mine Hill was frequently stymied by problems, both technical and financial. By 1900, mining here was over. 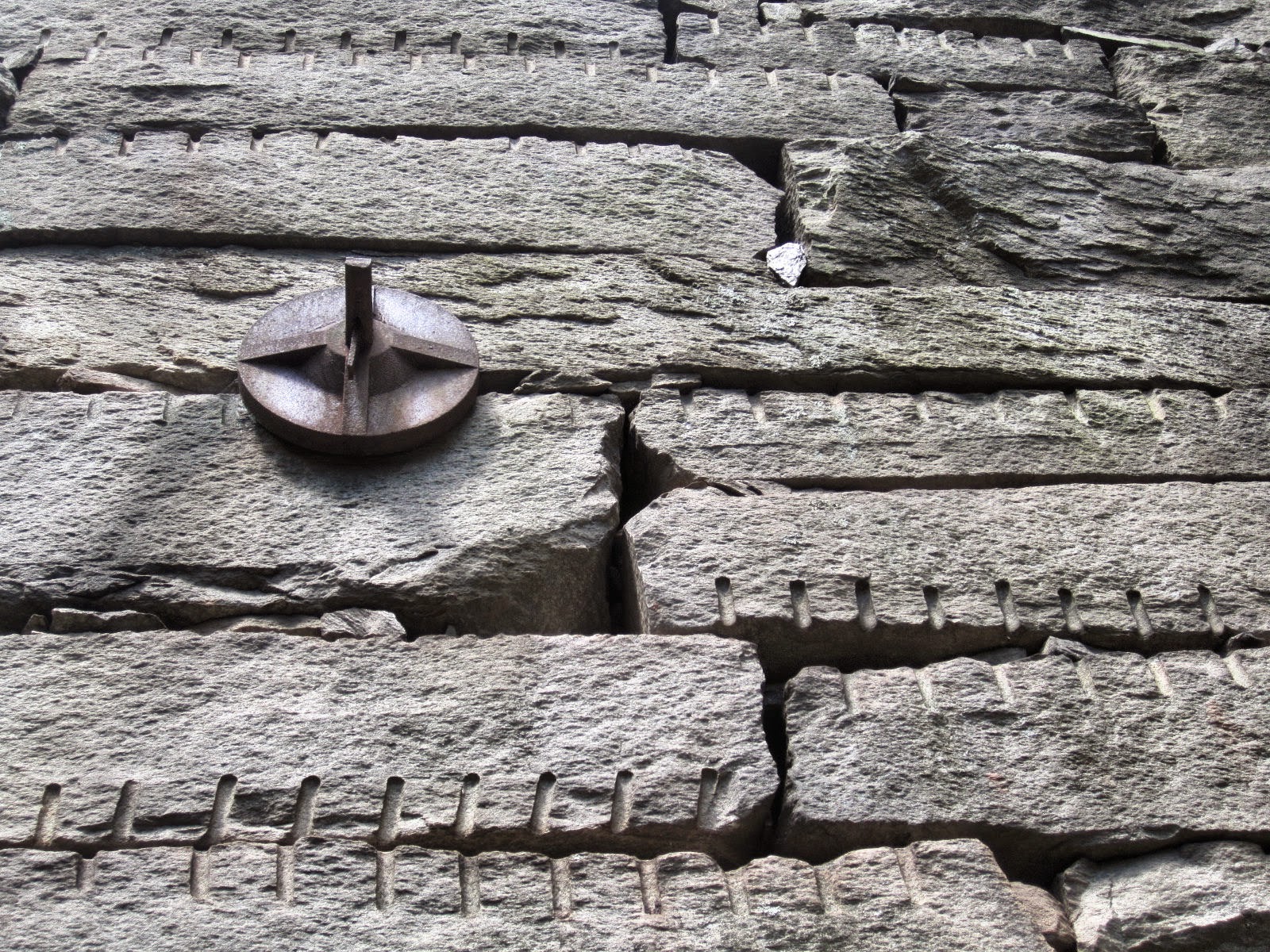 But in that brief window of time when this peaceful preserve was a noisy industrial site, this part of Roxbury was like a different world. 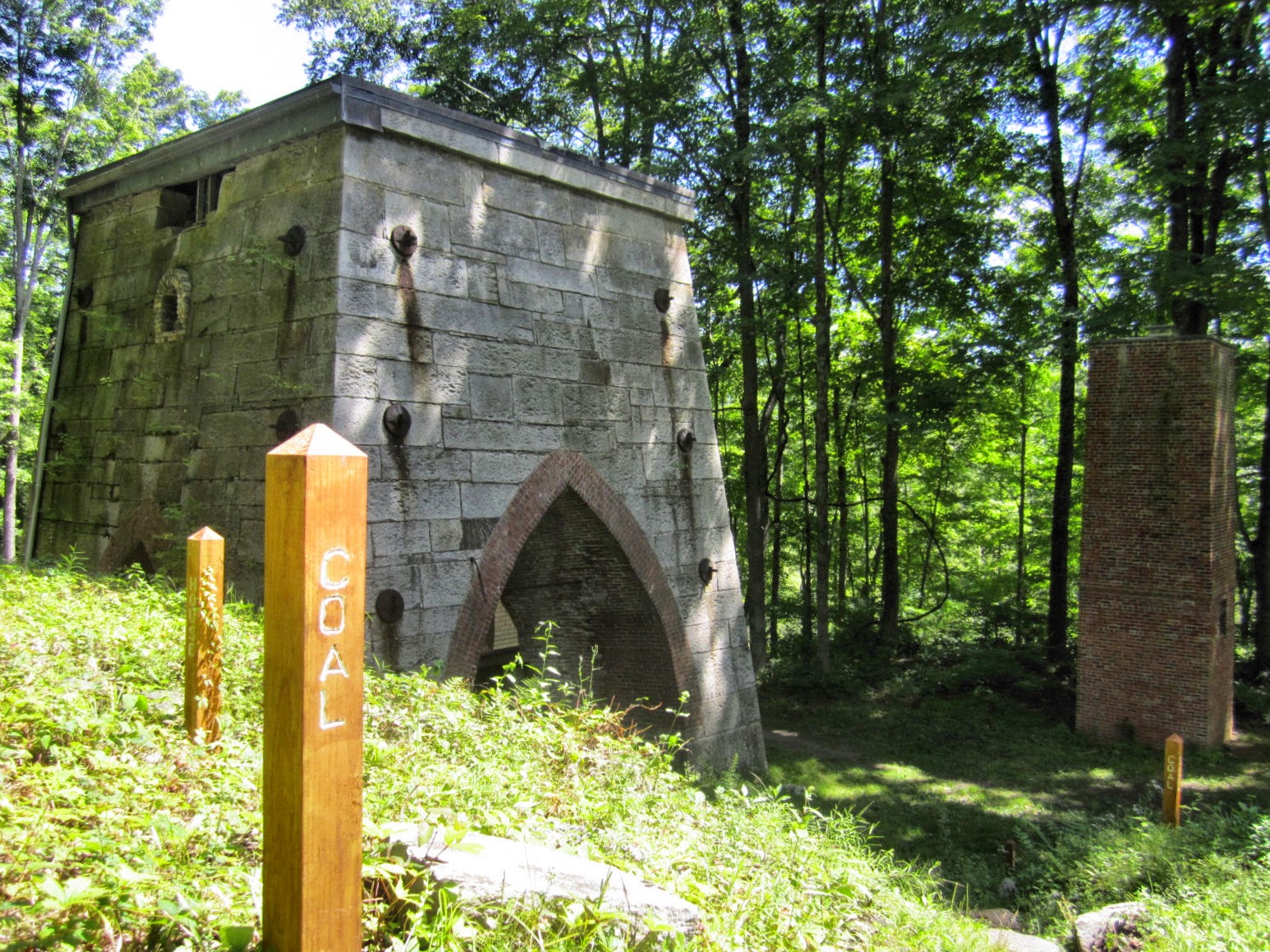 The mines were surrounded by a town, called Chalybes after the iron working people of ancient Chaldia on the Black Sea. 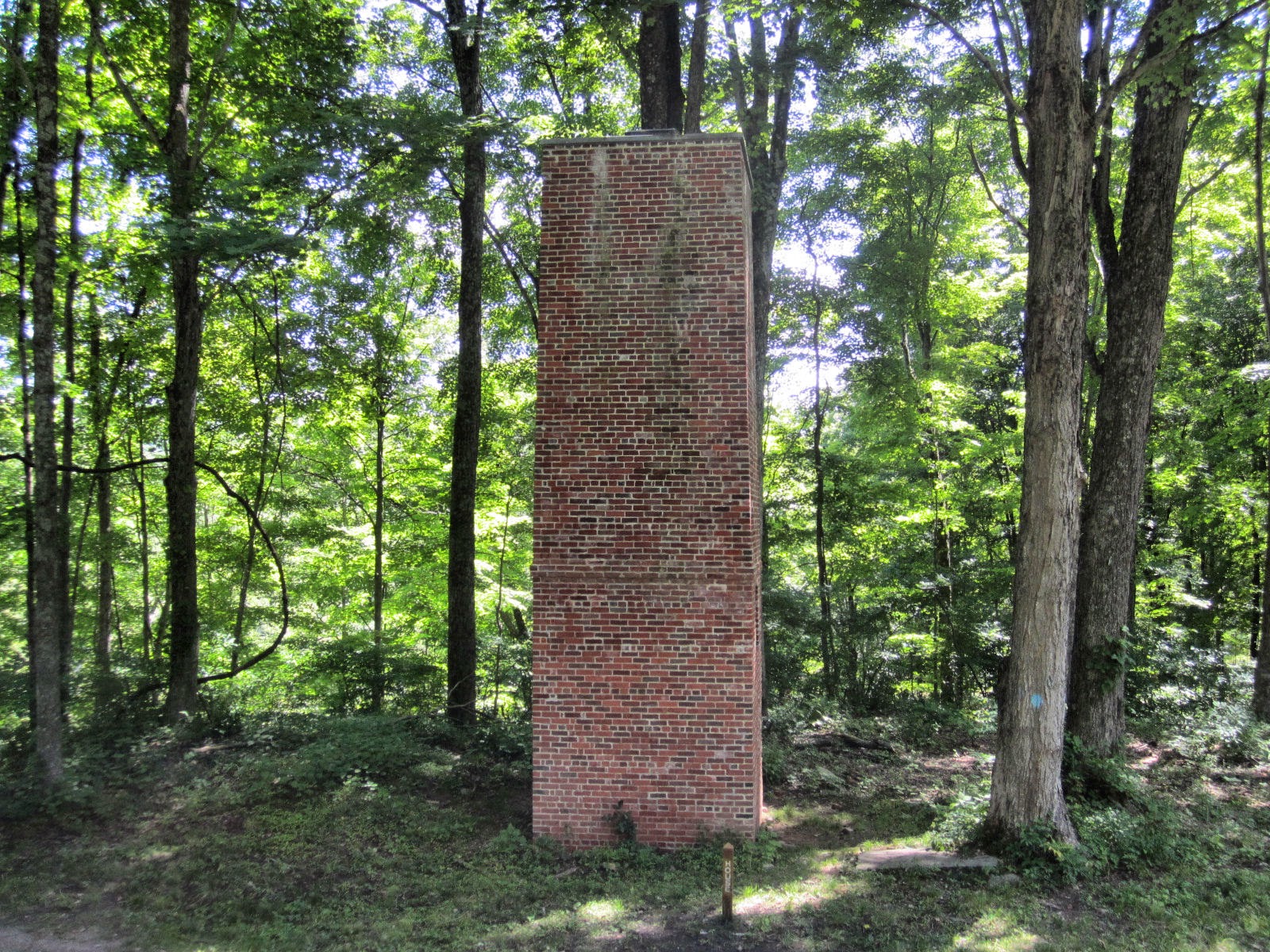 Some of this town remains in the form of the buildings at the foot of Mine Hill, the ones that look a little like an Old West movie set. But most of Chalybes is gone. 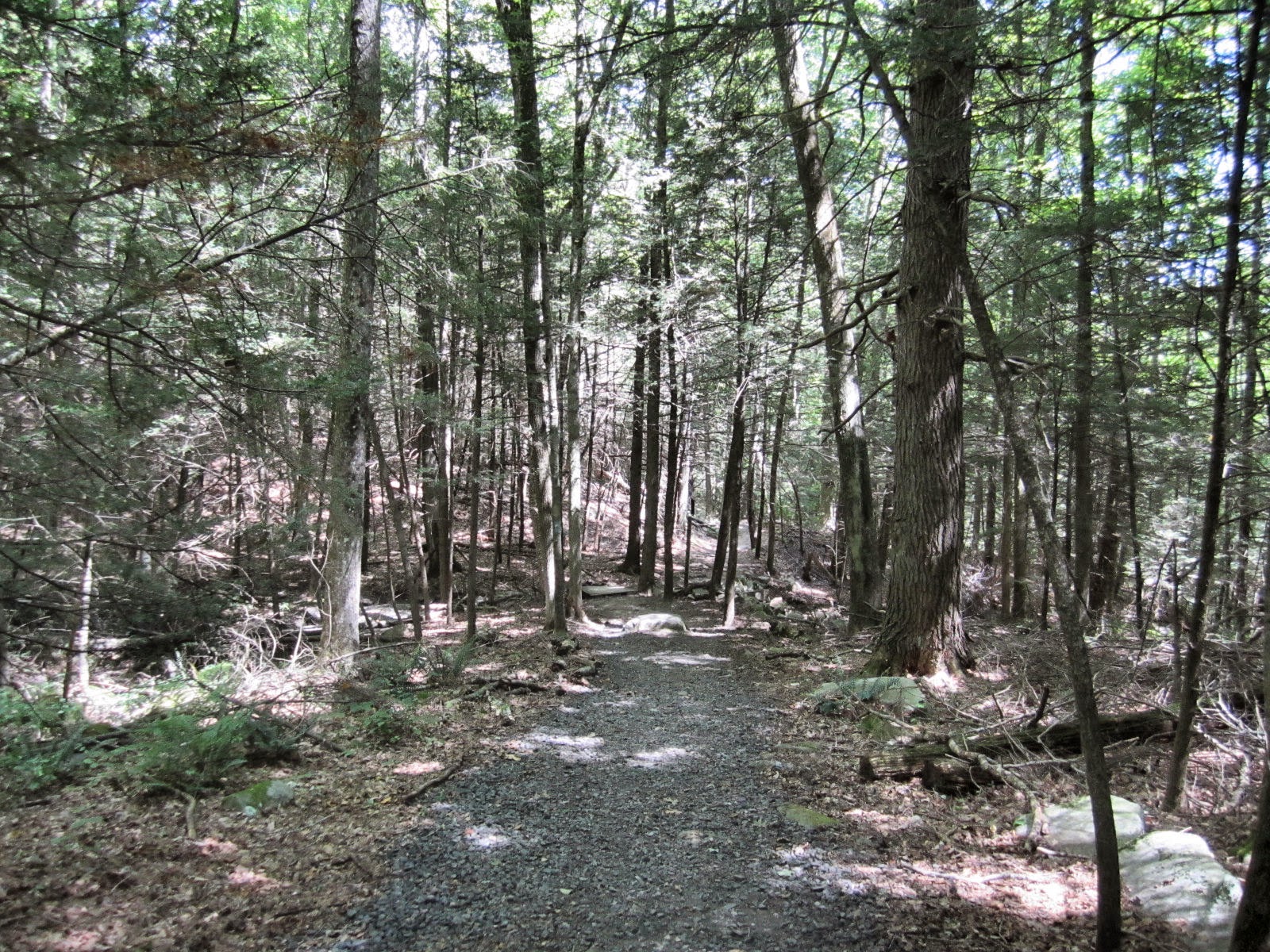 This is one of the few places I've written about on this blog that require some travel tips.

-The walk from the parking lot to the furnace site is quite short, but it involves hills and rocks and tree roots, and you should really do it in decent shoes. Meaning sneakers or hiking boots, not sandals. (I did it in sandals and I was fine, but it was stupid, like that time I climbed the Castle Craig steps in a skirt.)

-There is limited-to-nonexistent cell service in this area, so if you're depending on your smartphone to direct you to the preserve, you will get lost. Funnily enough, there is cell service at the furnace site itself, so if you wear sandals and break your leg, you can at least call for help.

-The road up to Mine Hill Preserve is unpaved, fairly steep, and quite narrow. The entry into the small parking lot is downhill and also somewhat steep. Drive carefully and don't visit when there's snow or ice on the ground unless you have proper tires. (I've done that too, and I lived, but, like the sandals, it was stupid.)
Posted by Johnna Kaplan at 7:35 AM