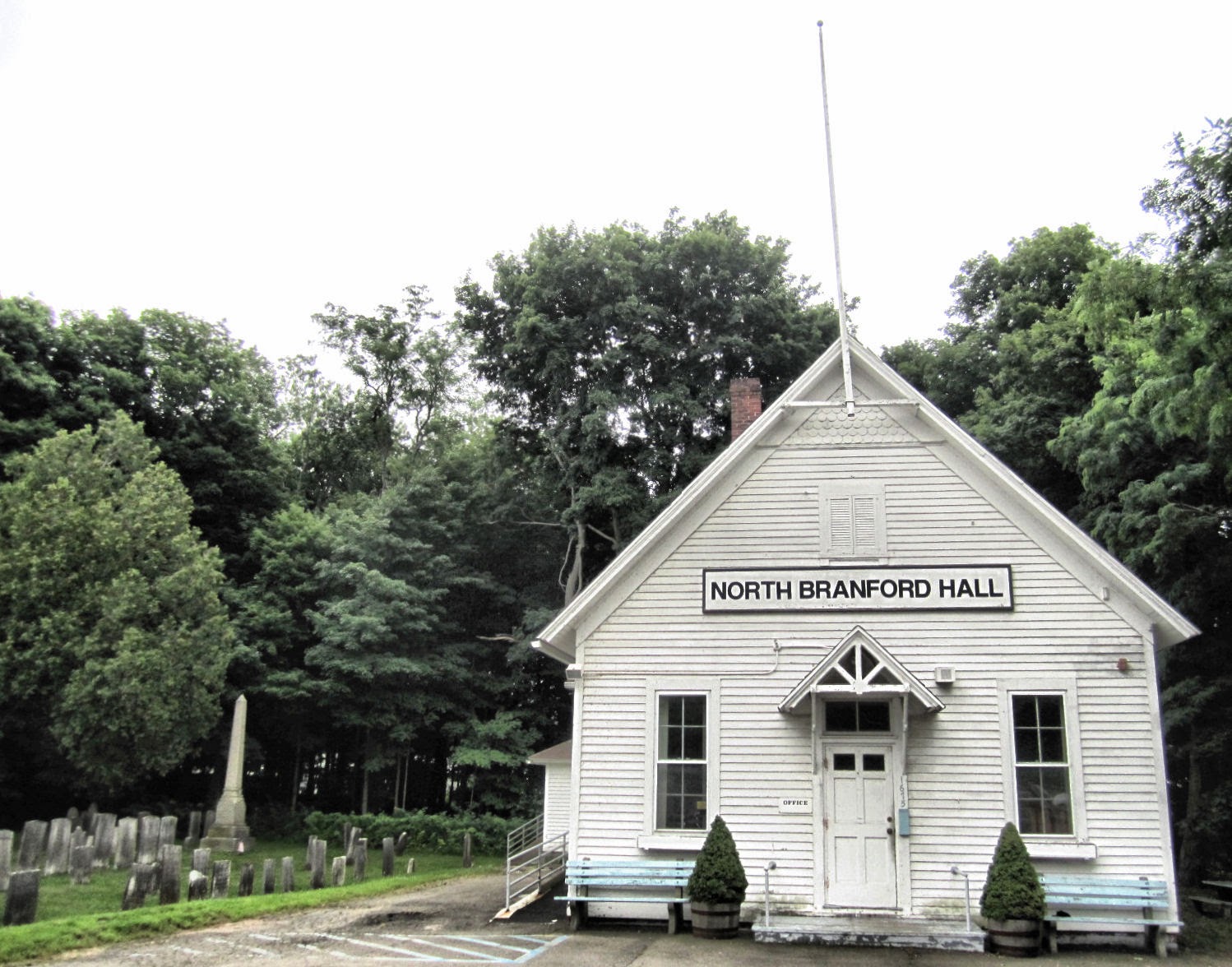 Usually, it's easier to find out what an ambiguous Connecticut building once was than what it currently is. It's just the way memory works here. There's a store in my neighborhood that is moving a few blocks down. They have a large sign in their window announcing that their new location will be the former location of the business that occupied that space fourteen years ago. (See also: if you own a house in Connecticut, it will always be referred to as the home of the previous owners. Until you move.)

When I looked for the origin of this little building, however, that rule was flipped on its head. I found out that North Branford Hall recently housed the North Branford Senior Center, and that it might soon be used by a food pantry and a local library association. I read that the Totoket Grange meets here, or did meet here not too long ago. But as to the question of when it was built, or why, there was nothing.

But eventually, I found something. Perhaps unsurprisingly, North Branford Hall was originally a schoolhouse, dating from 1870 (though one website claims it was built as early as 1830.) It was later used as the town hall. The cemetery next to it was created when the burial ground of the church across the street ran out of room.

It is described simply as a "plain rectangular [building] with Victorian-era embellishments," but I think it's somewhat more distinctive than that. Or maybe that's just because it took me so long to track down its past.
Posted by Johnna Kaplan at 8:10 AM