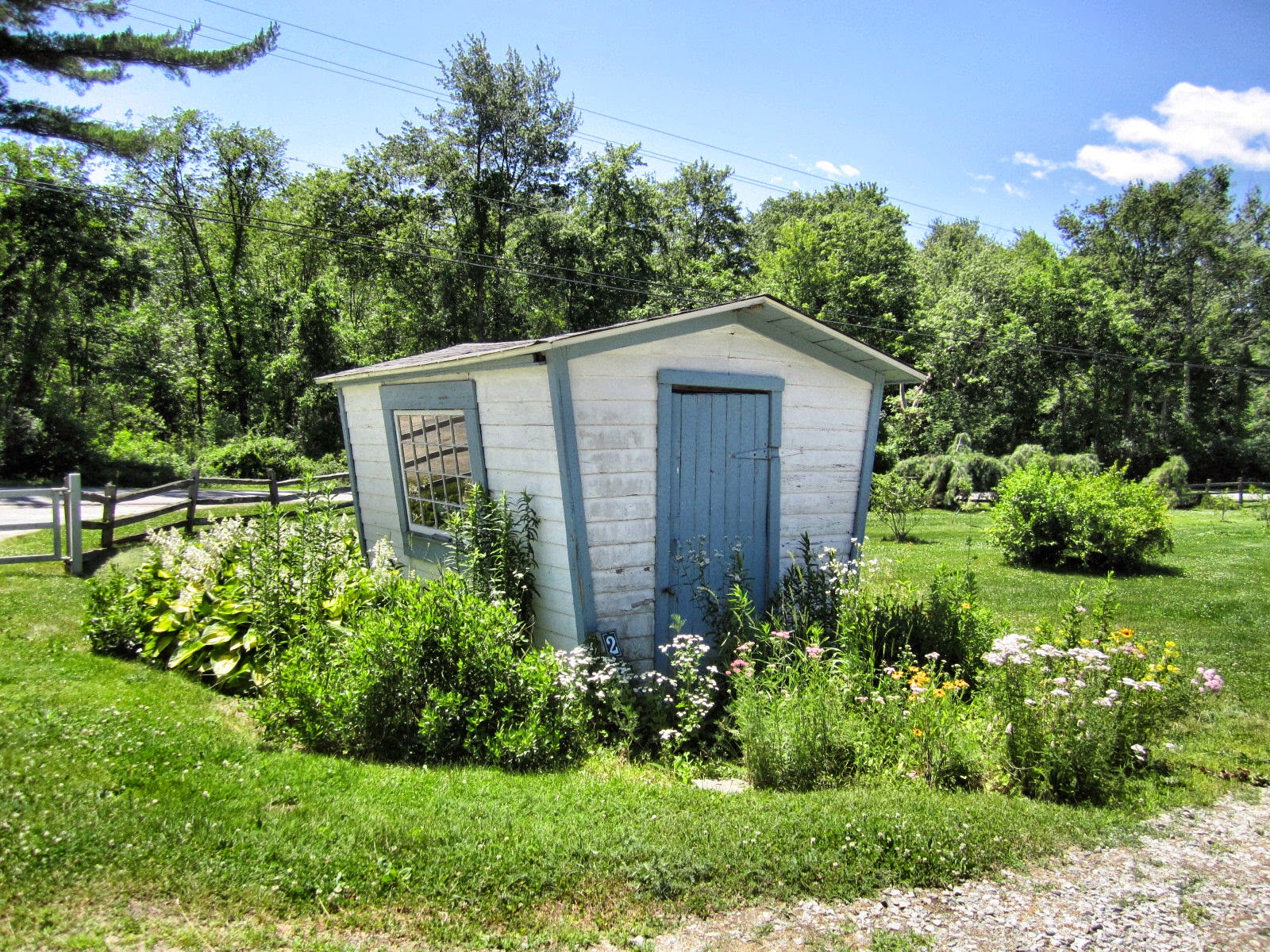 Fort Hill Farms in Thompson had been on my list for a very long time, chiefly because I'd read about their lavender labyrinth. I don't even particularly like lavender (or labyrinths, for that matter, I'm basically good with just walking in a straight line) but the vague idea of swanning about in a field of purple sounded wonderful, like something out of a guidebook to Croatia. And although Thompson is a bit out there, when you're traveling from Hartford, it's a heck of a lot easier and cheaper than getting to Hvar. 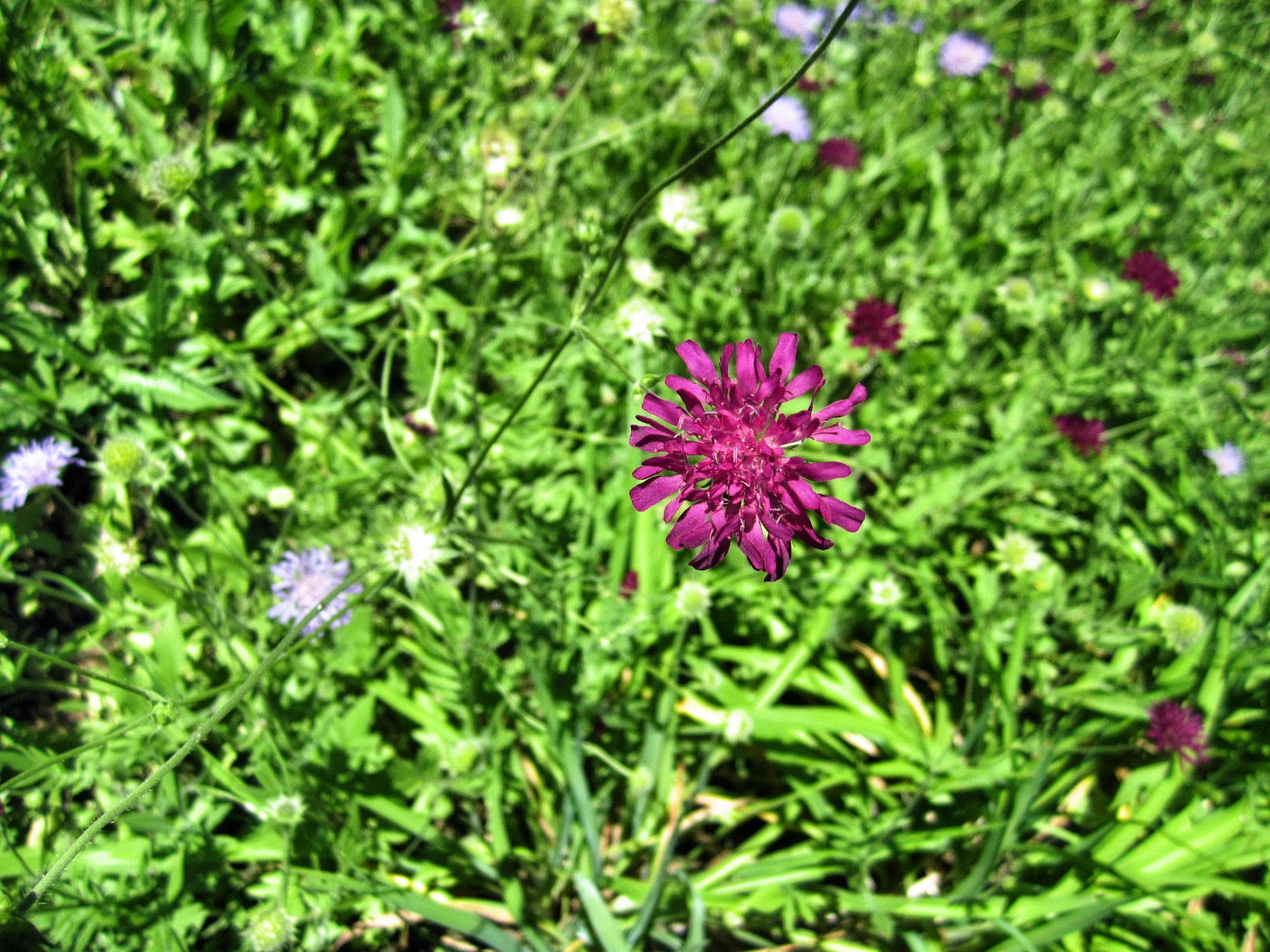 Plus, according to their website, Fort Hill Farms also had other gardens to wander in, as well as farm animals and a corn maze in the fall and blueberries for picking. Oh, and ice cream - Fort Hill is one of the six farms that make up the Farmer's Cow. I virtually never eat ice cream, but it's always a good way to persuade your friends to meet you in the middle of Thompson. 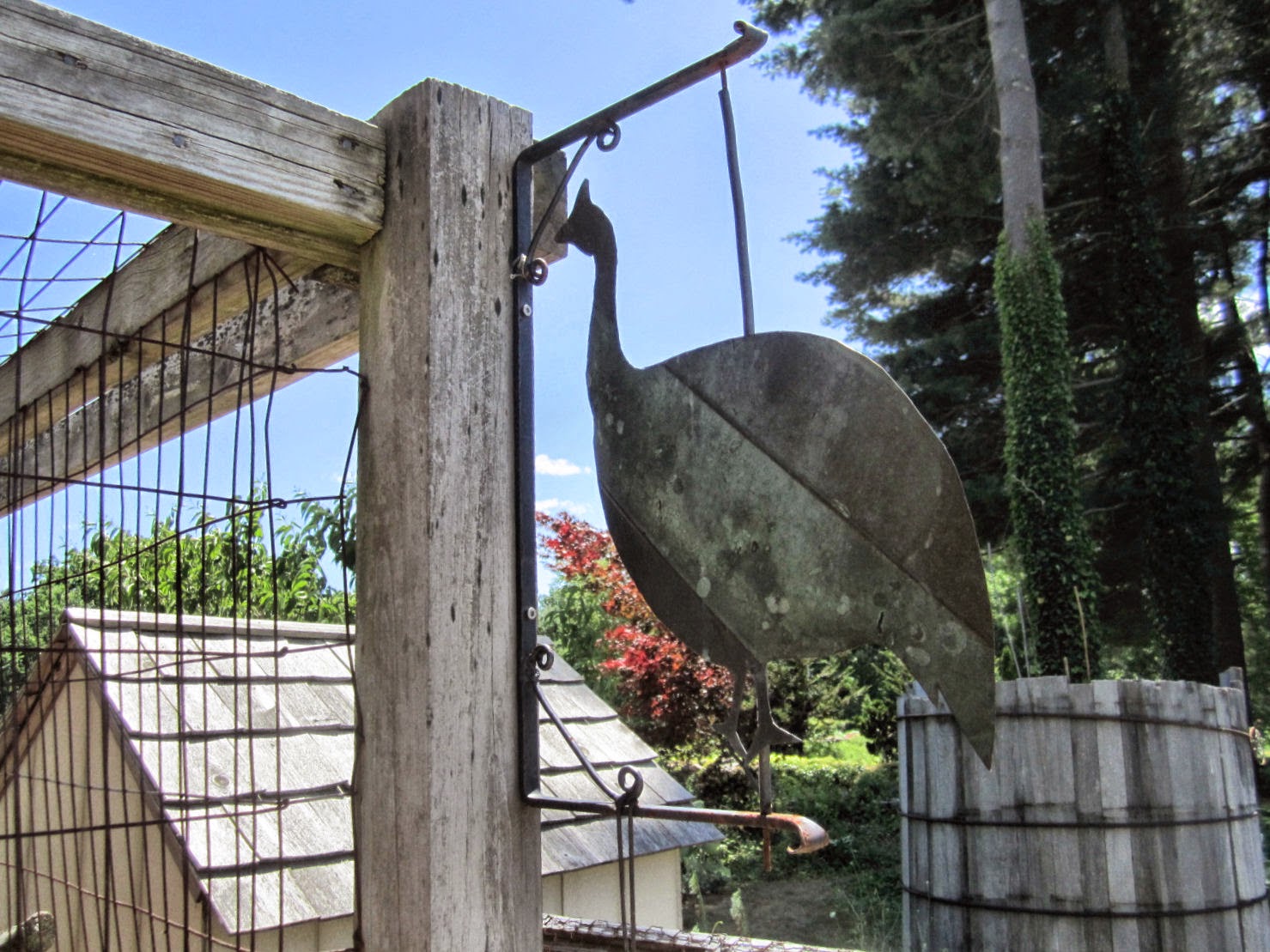 When we got there (if you, too, have the brilliant idea of getting an early start on your day out, be aware that the farm doesn't open till noon on weekends) the owners took an instant liking to my friend. They began telling her all about lavender, the products made from it that the farm sells (including lavender ice cream), the resident animals (a peacock, a peahen, and a guinea hen; we did not see any cows), the weather, and probably some other things that I have since forgotten. Every so often they would remember that I was standing there too, and direct half a sentence towards me. 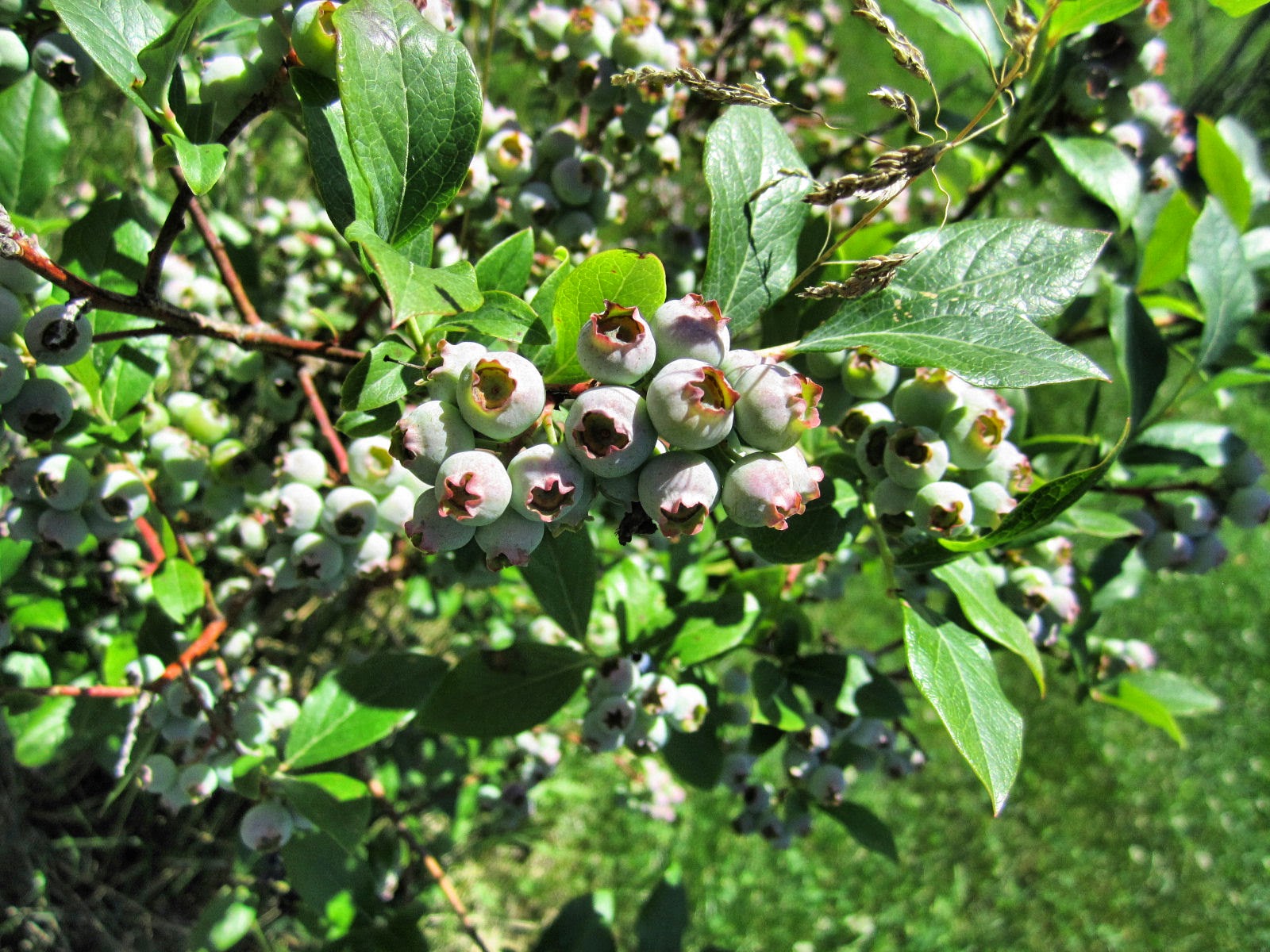 We eventually broke free and took off towards the blueberries, which were not quite ready for picking yet, but still pretty. 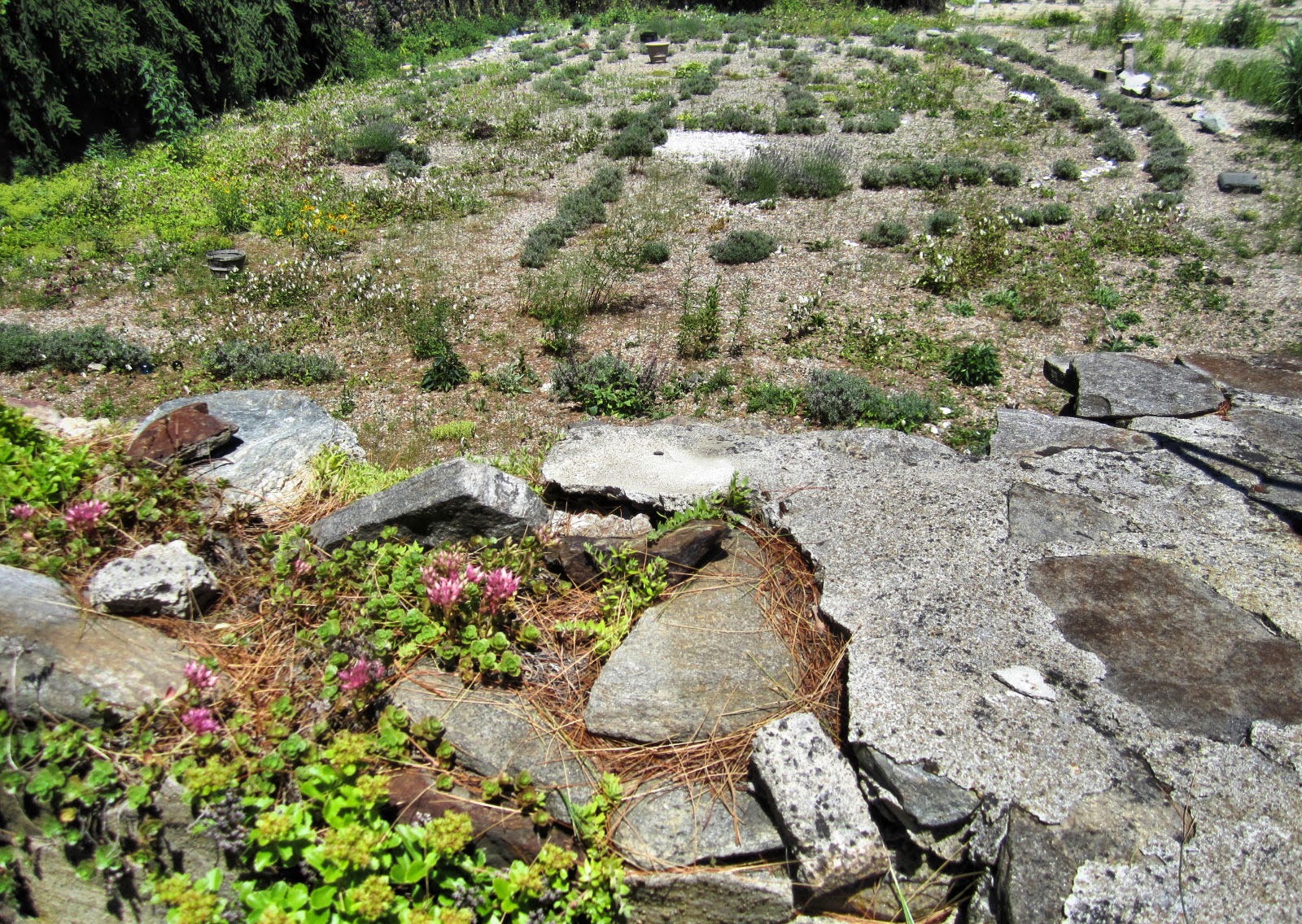 We also found the lavender. As I understood it, much of it had been picked just before we arrived, so I'm sure it looks a little more exciting at other times, if not exactly like my dreams of Hvar. 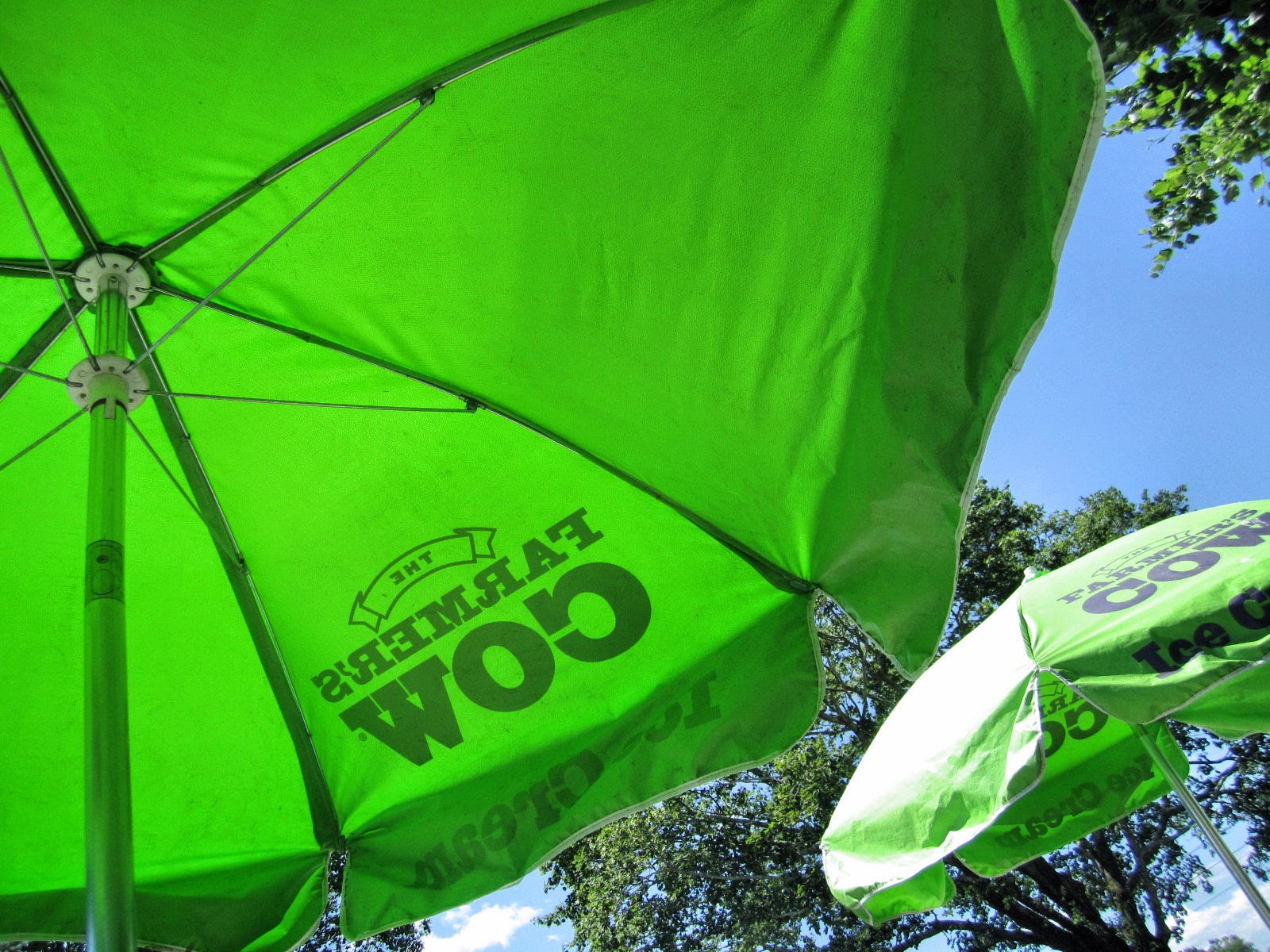 But there was ice cream. My friend ordered some - endearing her to the owners even further - while I was happy to find Farmer's Cow lemonade, which I buy at pretty much any opportunity, but which did not earn me any points. But you know, you don't need points when you have lemonade.

Right after I took this picture, one of these umbrellas was struck by a gust of wind. It broke free from its picnic table and flew through the air, thankfully not decapitating anyone, before coming to rest on the ground nearby. A family at another table - the only other visitors at the farm - ran for their car. We attempted to secure the umbrella, but failed, so my friend went to report the mishap to the owners. It's a good thing she was with me, because otherwise the umbrella would probably still be out there, terrorizing the Quiet Corner. 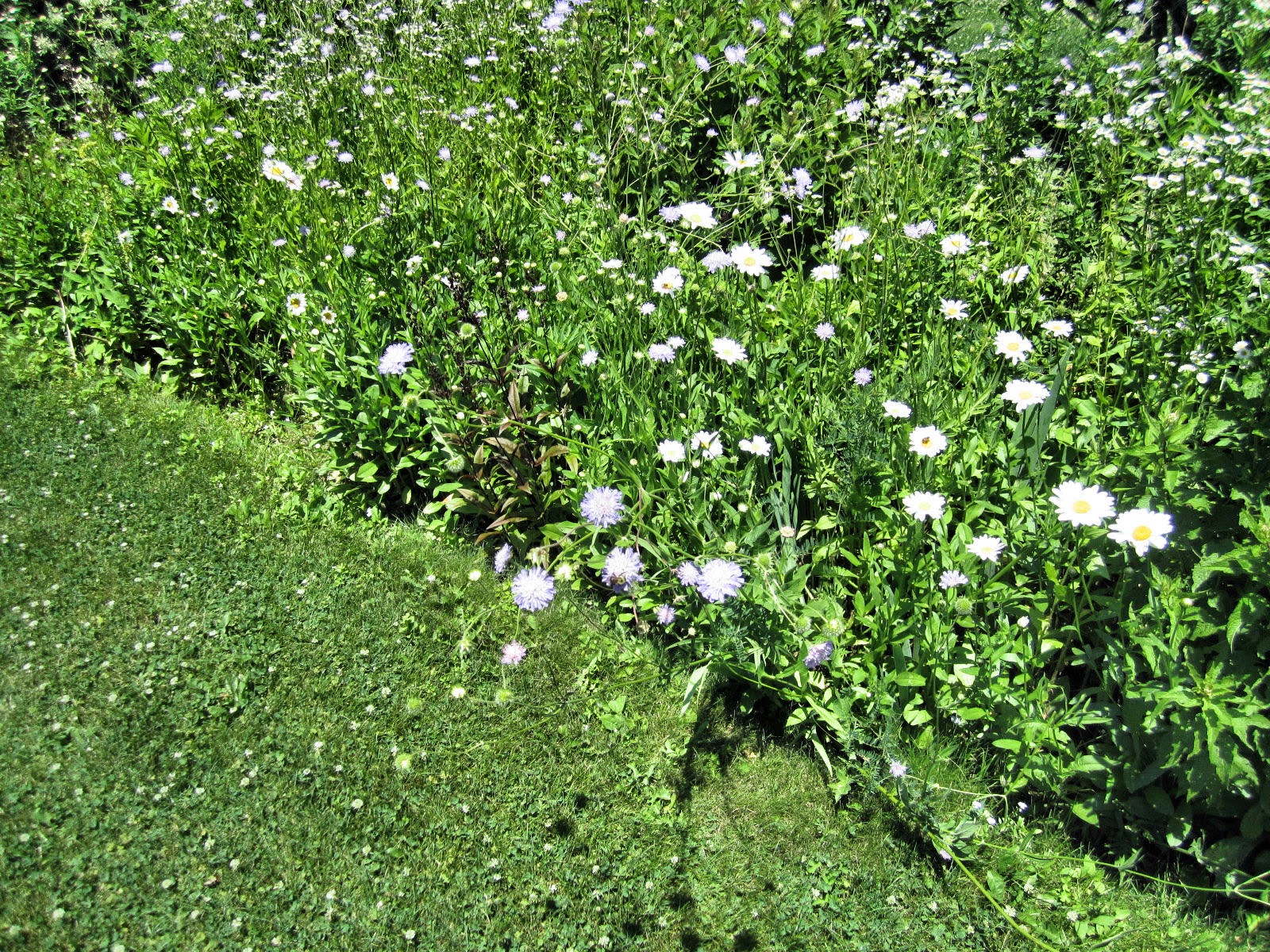 However, once we got to walk around, the real appeal of the farm emerged. It's not what the place is famous for, it's the flowers lining roads and edging grassy fields; the corn getting ready to become a corn maze; and the calming, unobstructed views in every direction you turn. 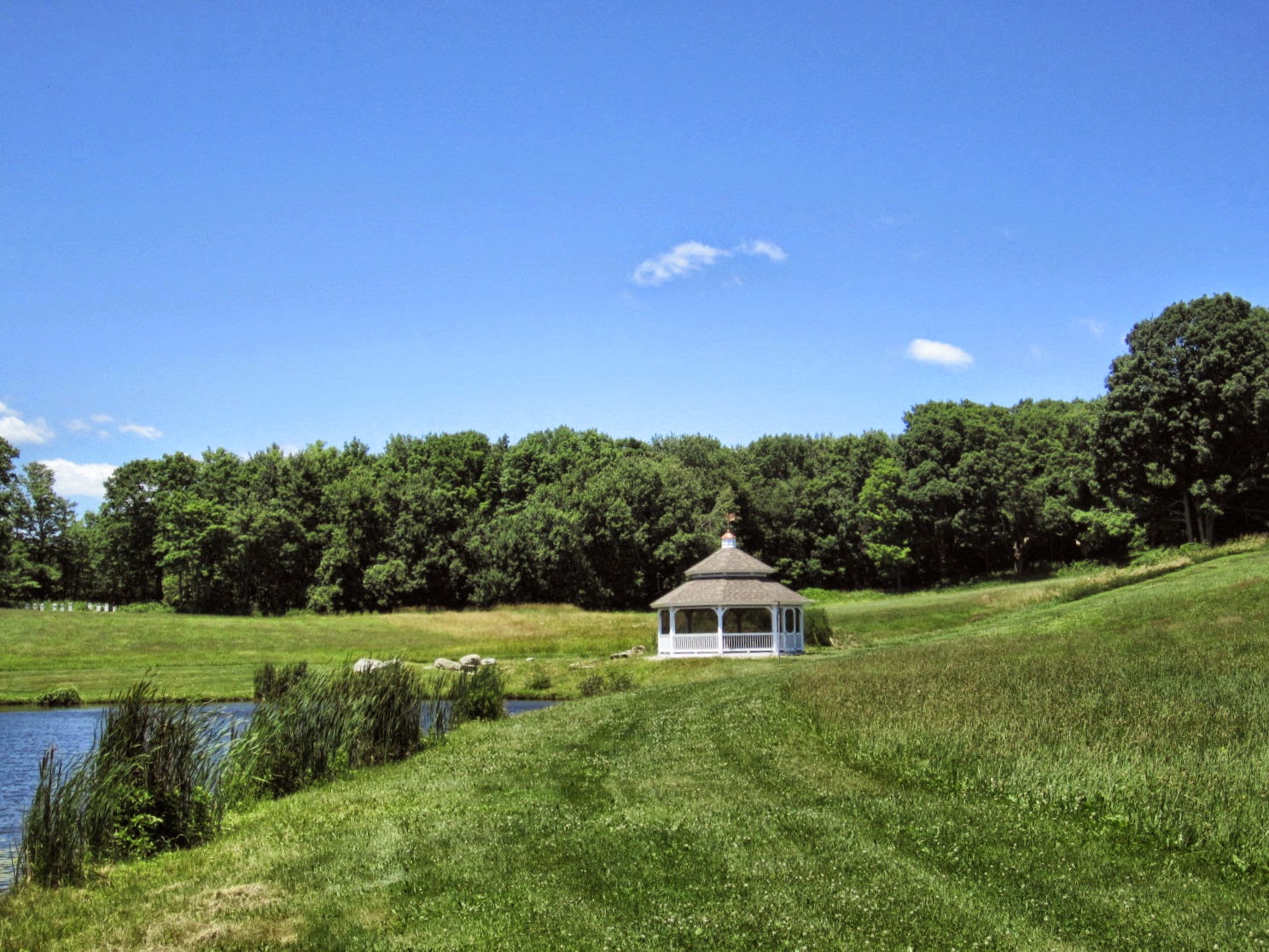 Oh, and this is a screened-in gazebo. I don't think I've ever seen one of these before. I bet they don't have them in Hvar.
Posted by Johnna Kaplan at 8:10 AM