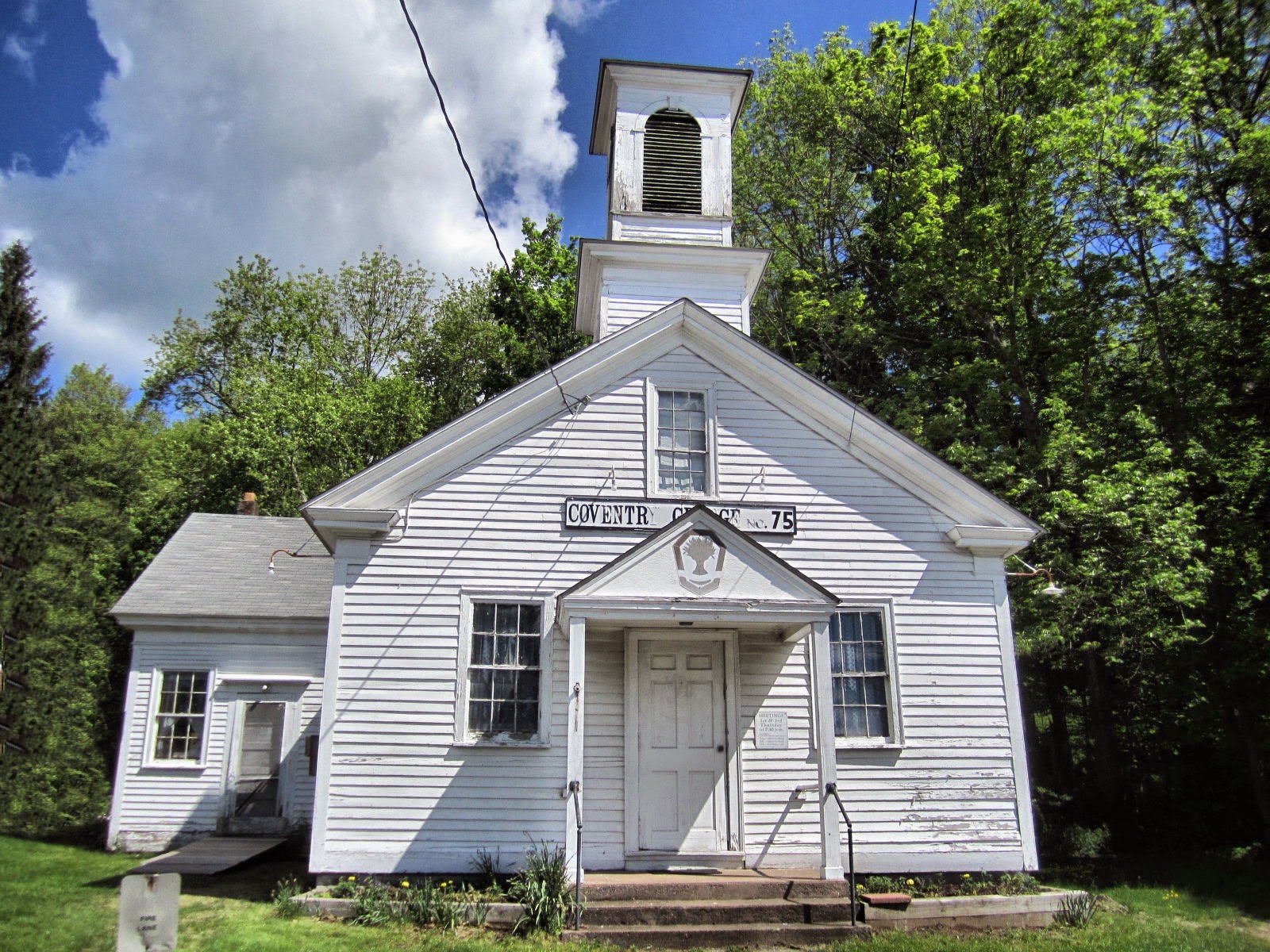 While researching this grange hall, I discovered that the Connecticut State Grange website has a page called "About the State of Connecticut." I may have been was excessively tired when I read it, but I thought some of it was almost poetic:

...the Connecticut River veers off to the southeast...

...azure blue silk, with the armorial bearings in argent white silk with the design in natural colors and bordure of the shield embroidered in gold and silver...a white streamer, cleft at each end, bordered in gold and browns...

Anyway, about the grange hall. Built in 1834, it was a church and a school until the local grange began using it in 1889. It has the distinction of being the oldest continually used grange hall in Connecticut. Other than that, there's not much to say about it. Except that it, too, begins to seem rather poetic if you're very tired and you stare at it long enough.

Posted by Johnna Kaplan at 6:55 AM