Another Day, Another Historic House 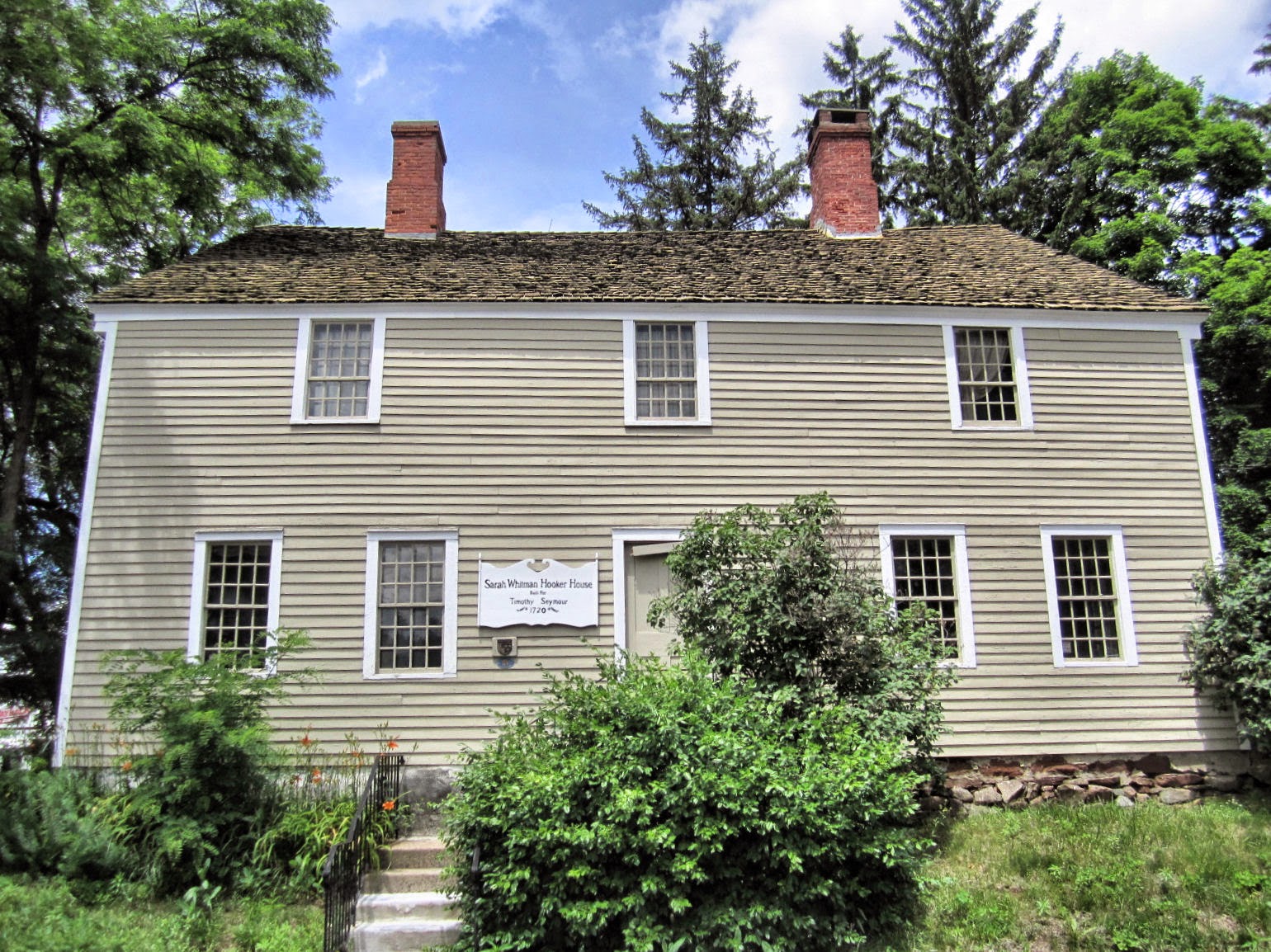 I know that this blog has been very heavy on historic buildings lately. I never intended to focus on that aspect of Connecticut in particular; I like writing about shopping and state parks and other local attractions that aren't buildings. But when you live in southern New England, you really can't turn around without tripping over a historic house. (I would have said New England in general, but I'm pretty sure I've spent hours driving through New Hampshire and Vermont and Maine and encountered nothing but trees.) And when old buildings are everywhere, it becomes very easy to write about them. This one, the Sarah Whitman Hooker House, practically threw itself at me.

I was just driving along in West Hartford when I stopped in the parking lot of a bank to check my phone. And then I looked up from the screen to see this 1720 house, bearing not one or two but three different plaques attesting to its significance, just chilling there while the madness that is West Hartford traffic swirled around it.

Similarly, this house has stood through several additions and renovations, and many inhabitants. (Mrs. Hooker lived there the longest, hence the house's name.) It stood there while part of it became a tavern for passing travelers, and while Rochambeau led his troops past it twice, coming and going. It stood there while its address changed, when this section of Hartford became West Hartford.

Today, it is the oldest surviving structure open to the public in West Hartford. It has changed a great deal since it was John Seymour's "mansion house on Four Mile Hill in the West Division." But it hasn't changed nearly as much as everything that surrounds it.