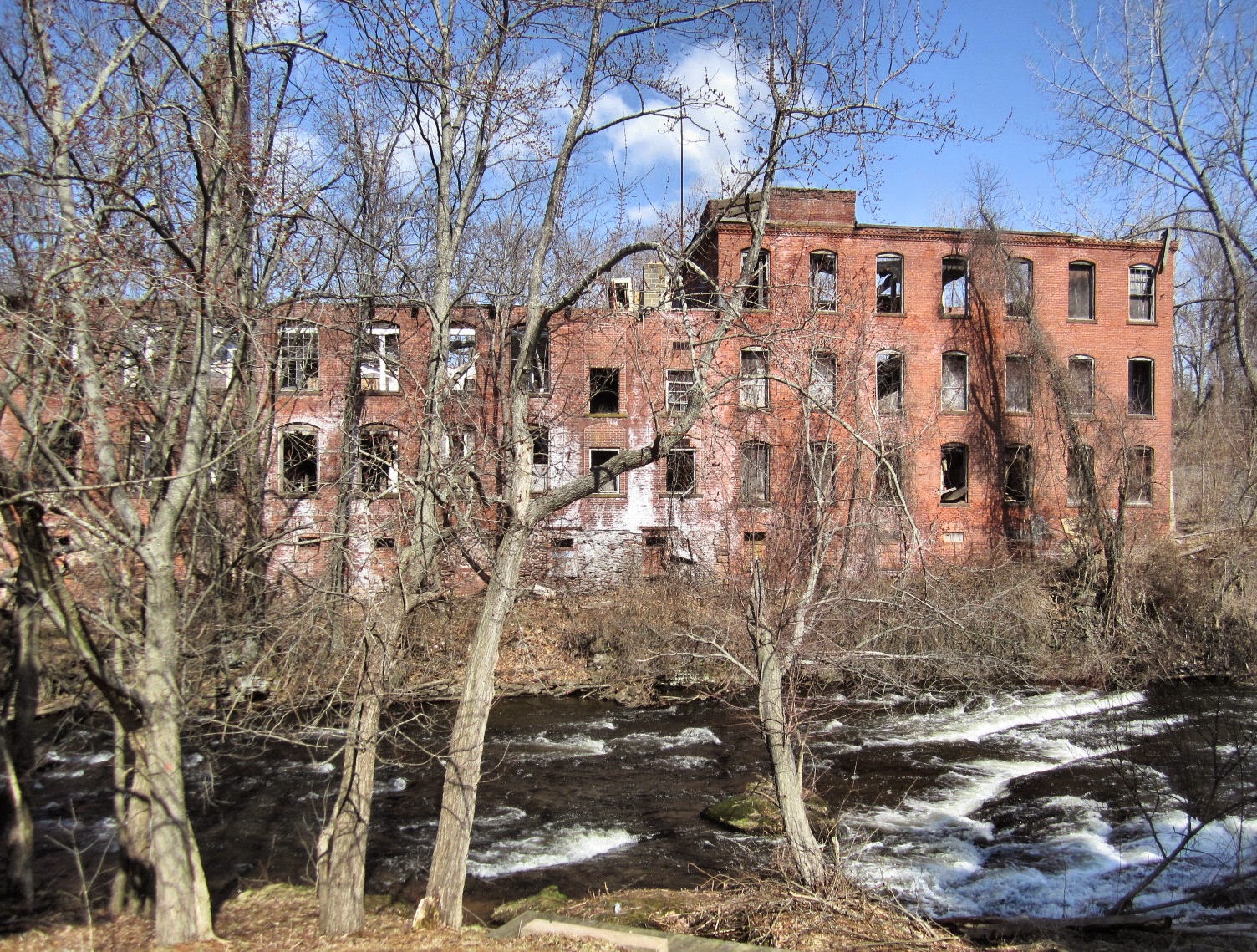 Here, on the Hockanum River in Manchester, they used to make paper.

There have been paper mills on this site since 1784, before the establishment of the town of Manchester. At that time this was a village called Oakland, where the workers of the Oakland Mills lived. The buildings in these pictures were constructed to replace earlier wooden mills when the Massachusetts-based American Writing Paper Company took over in 1899.

In 1933, the paper mills went out of business, and these buildings were used for other types of manufacturing. Until, of course, they weren't.

Now they are so dilapidated that the commission that oversees open space in Manchester advises people not to use the trails that run alongside them. Apparently, loose bricks - or whole walls for all I know - could come tumbling down on hikers at any time.

What with the risk of death by falling masonry and the reminder of how quickly industries we take for granted can fade away, this should be a foreboding place. But I find there's always something calming about the sight of a crumbling old mill, dignified in its failure, holding on beside an indifferent river. 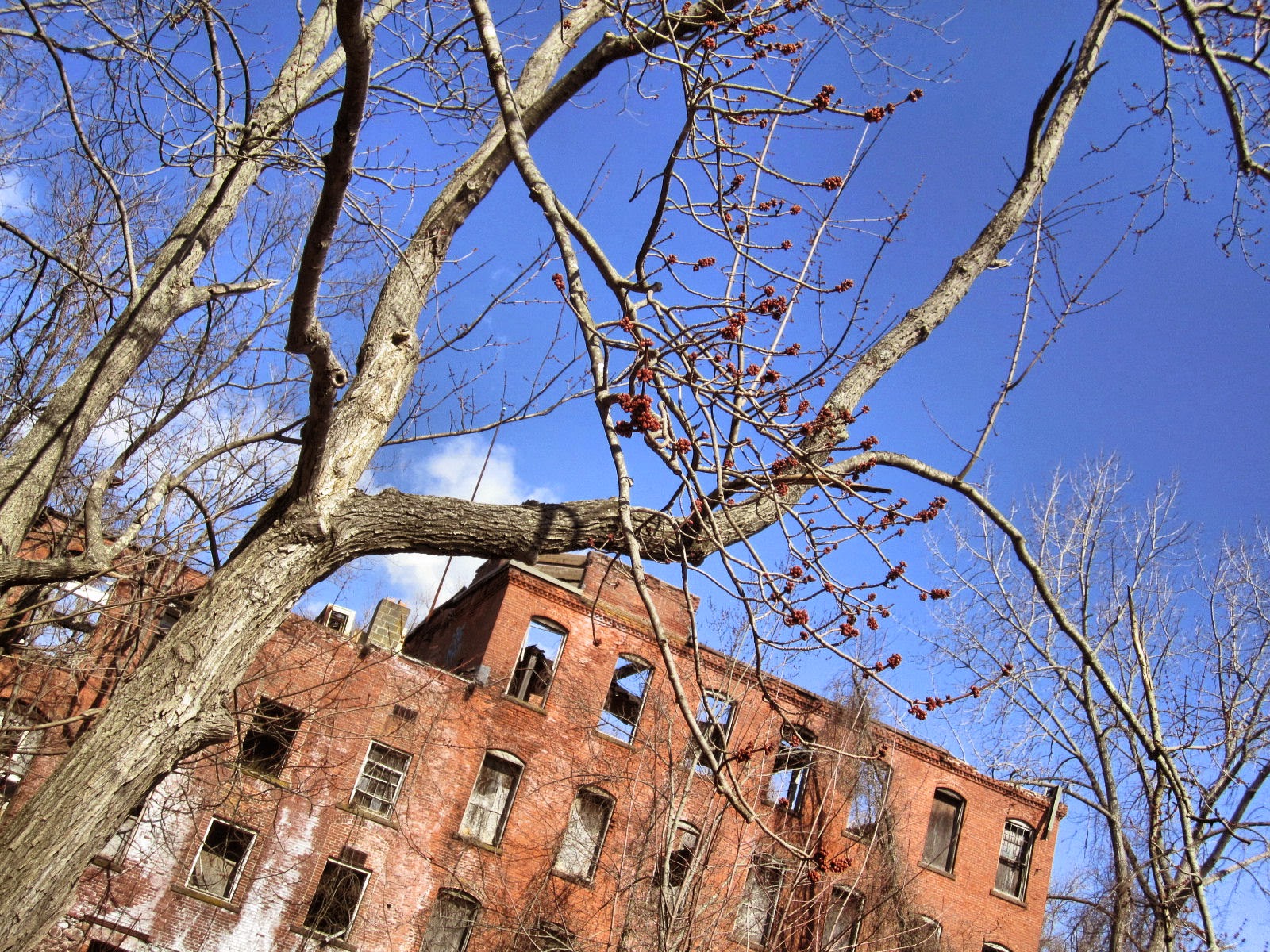 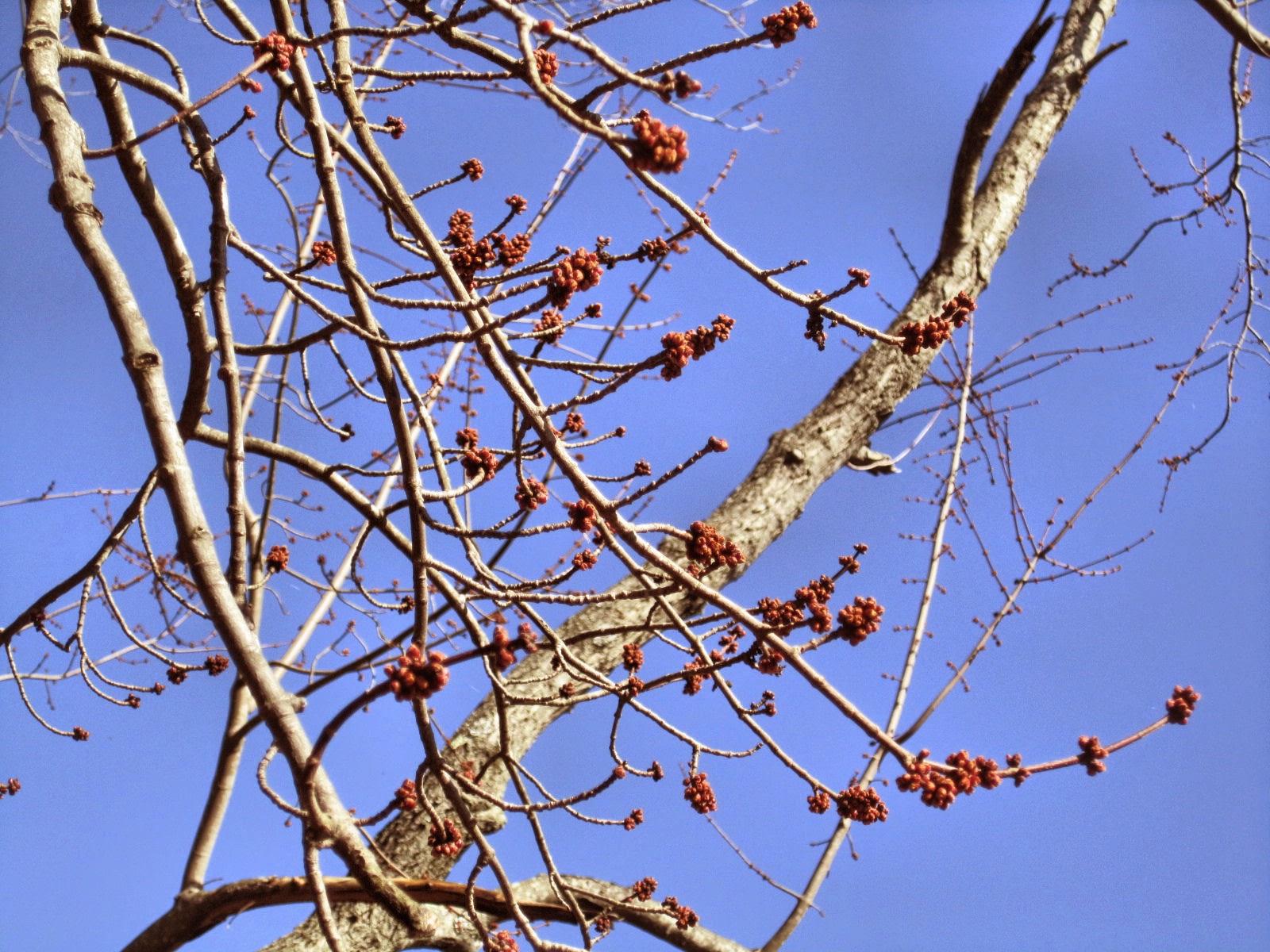 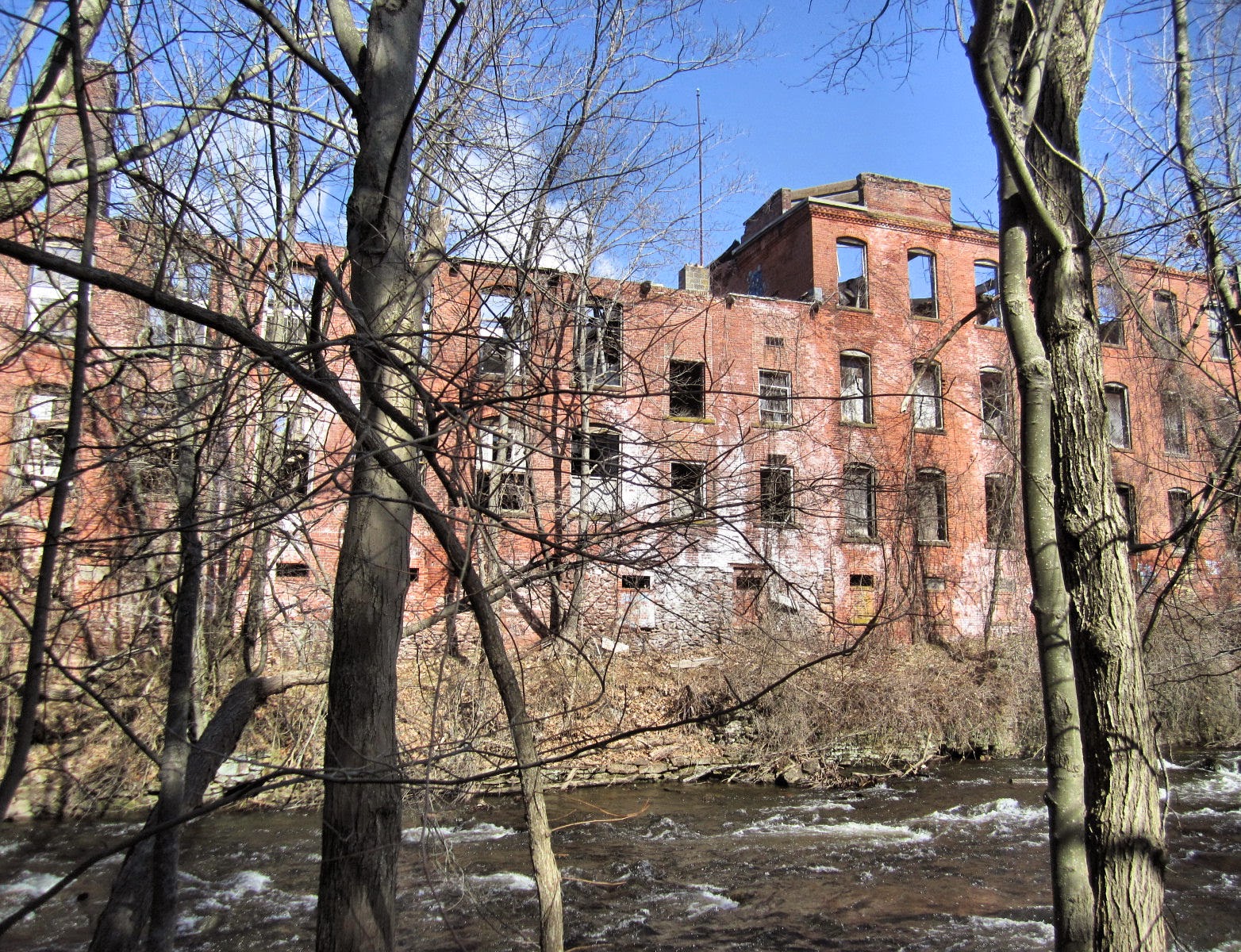 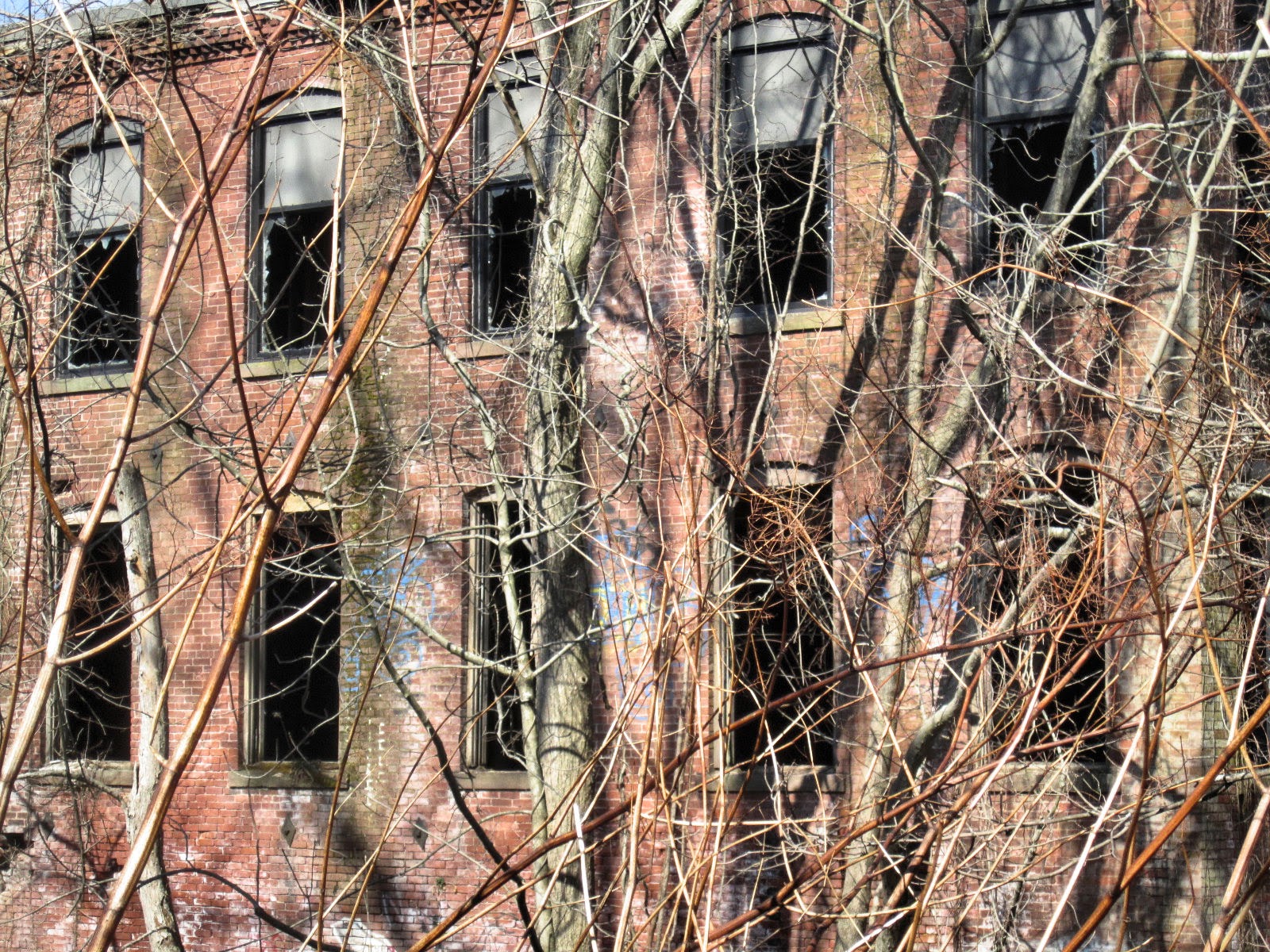 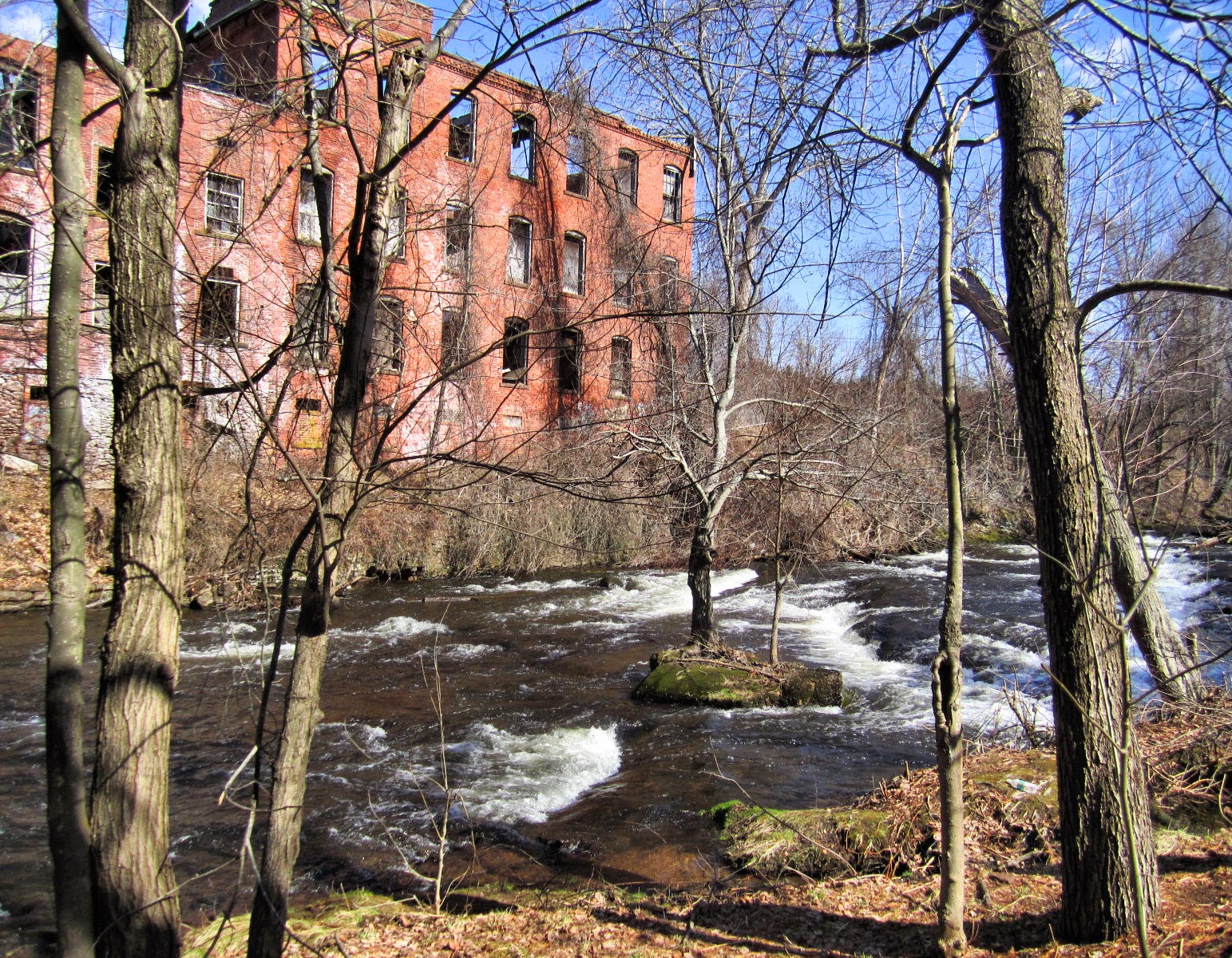 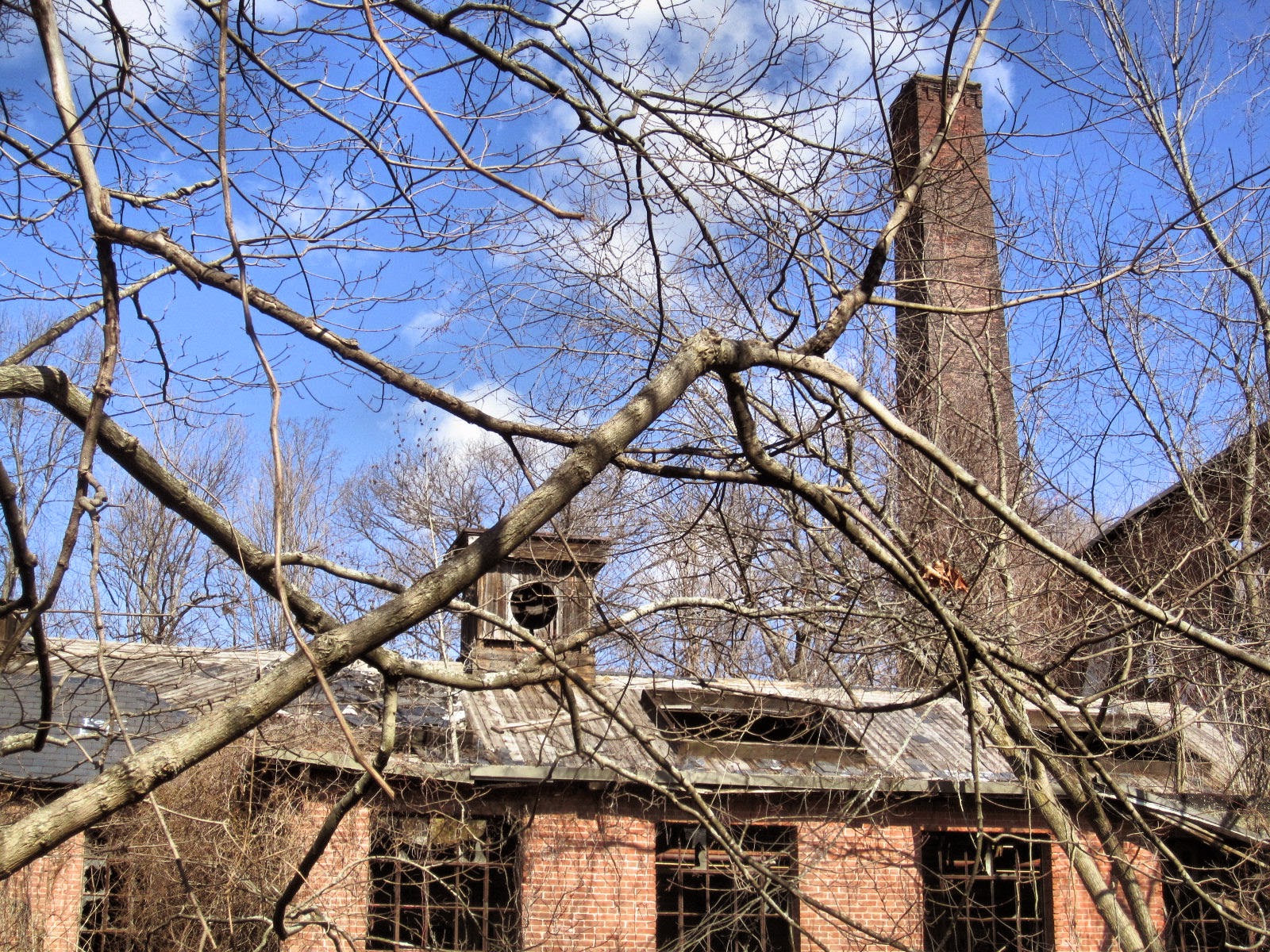 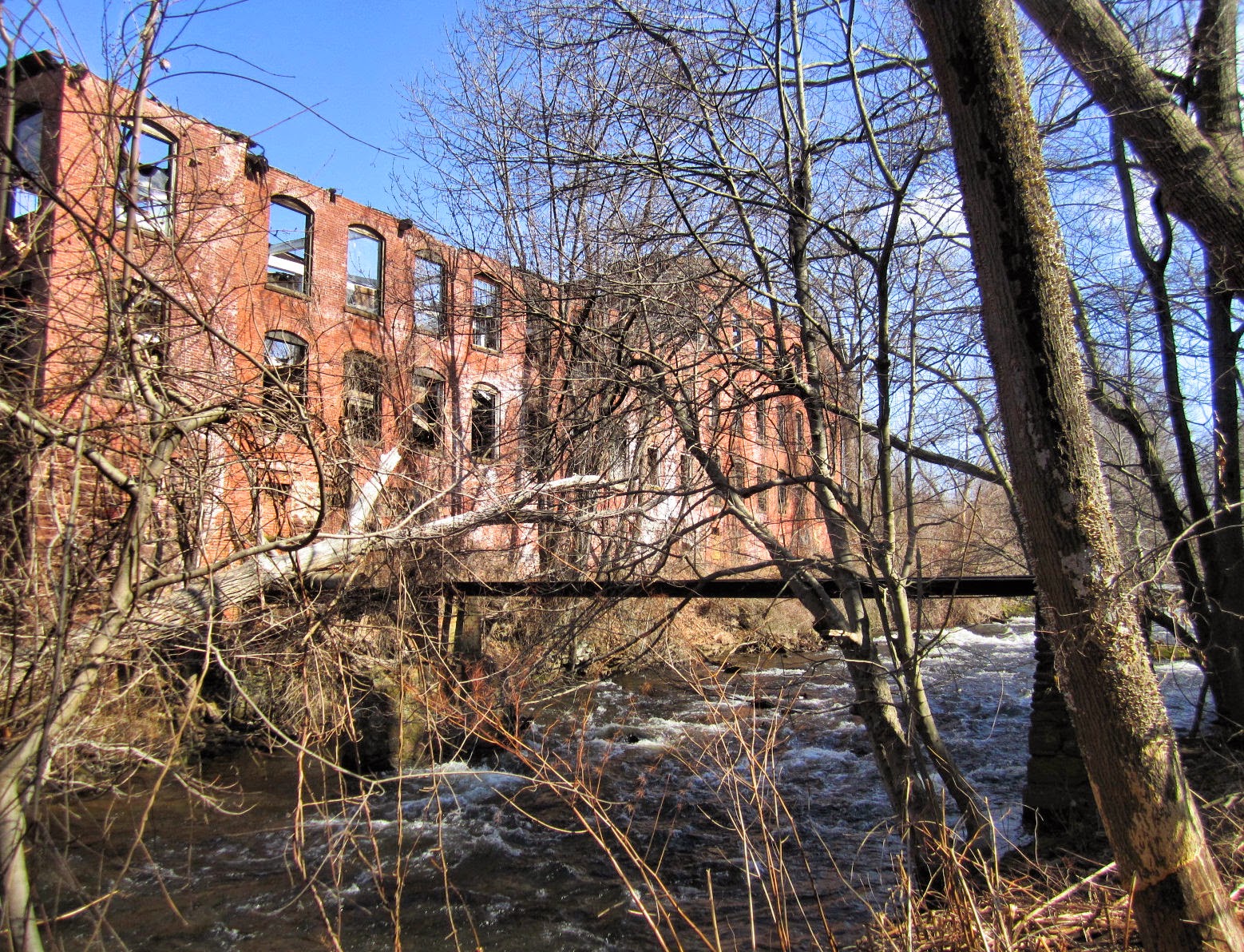 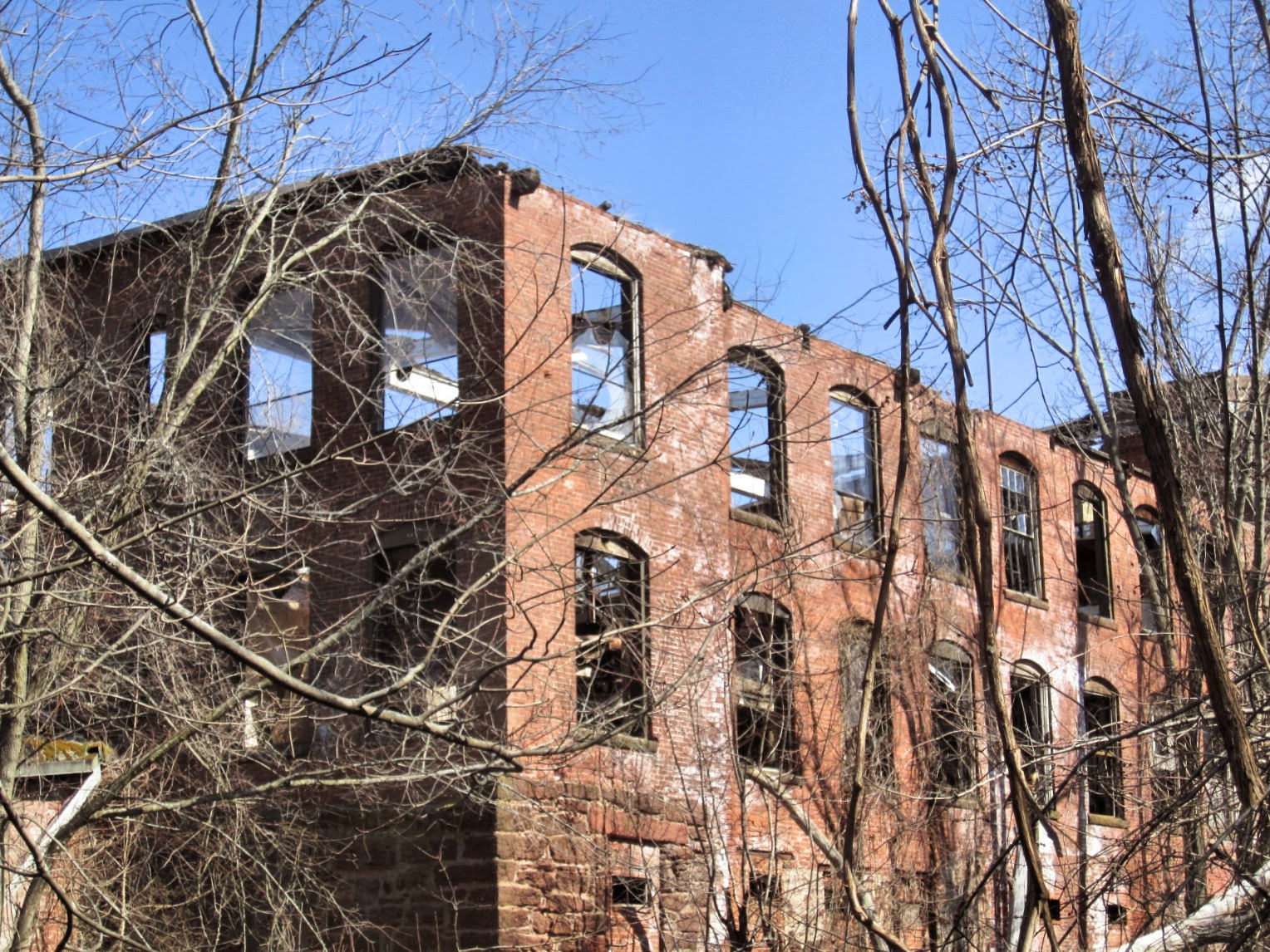 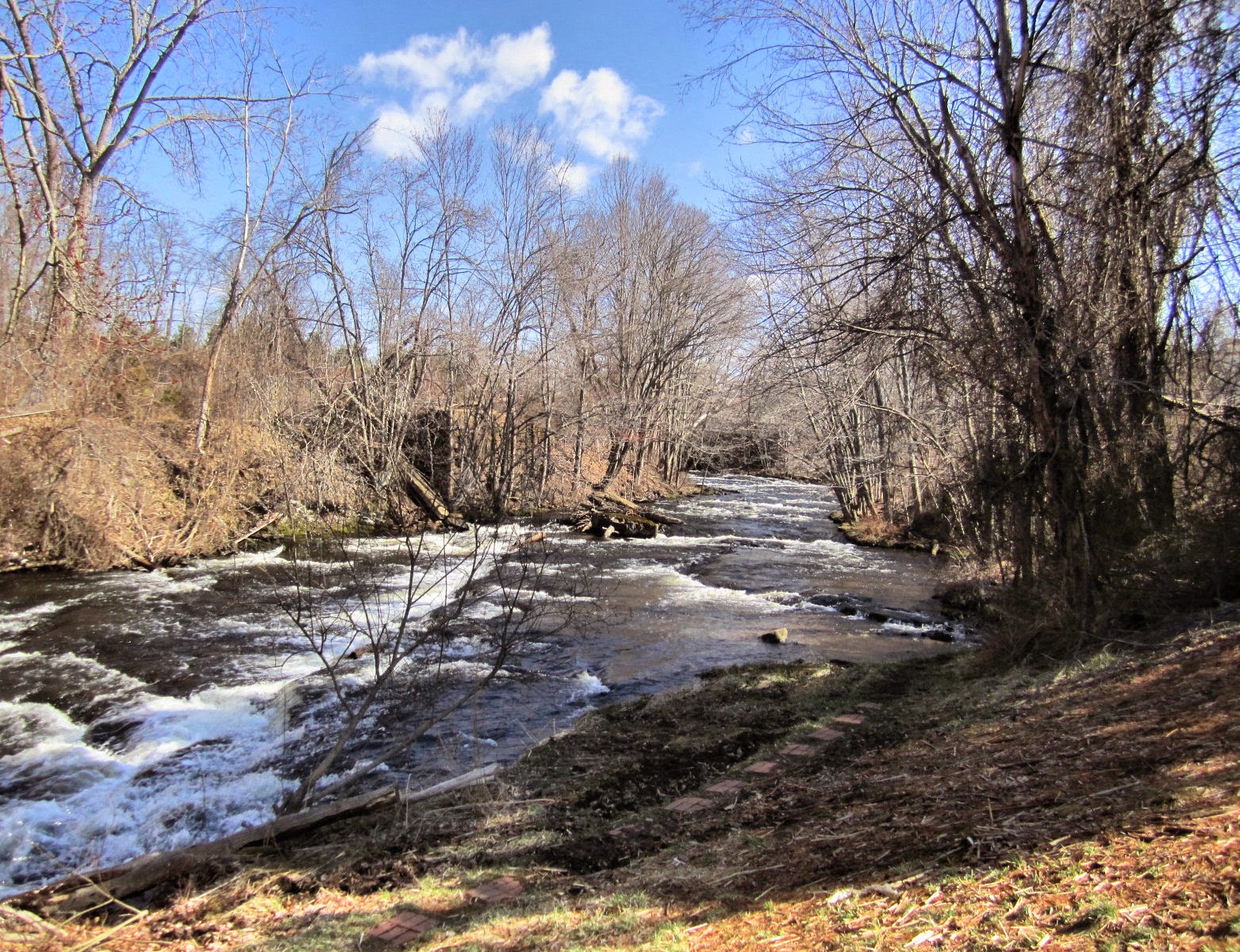 Posted by Johnna Kaplan at 7:25 AM