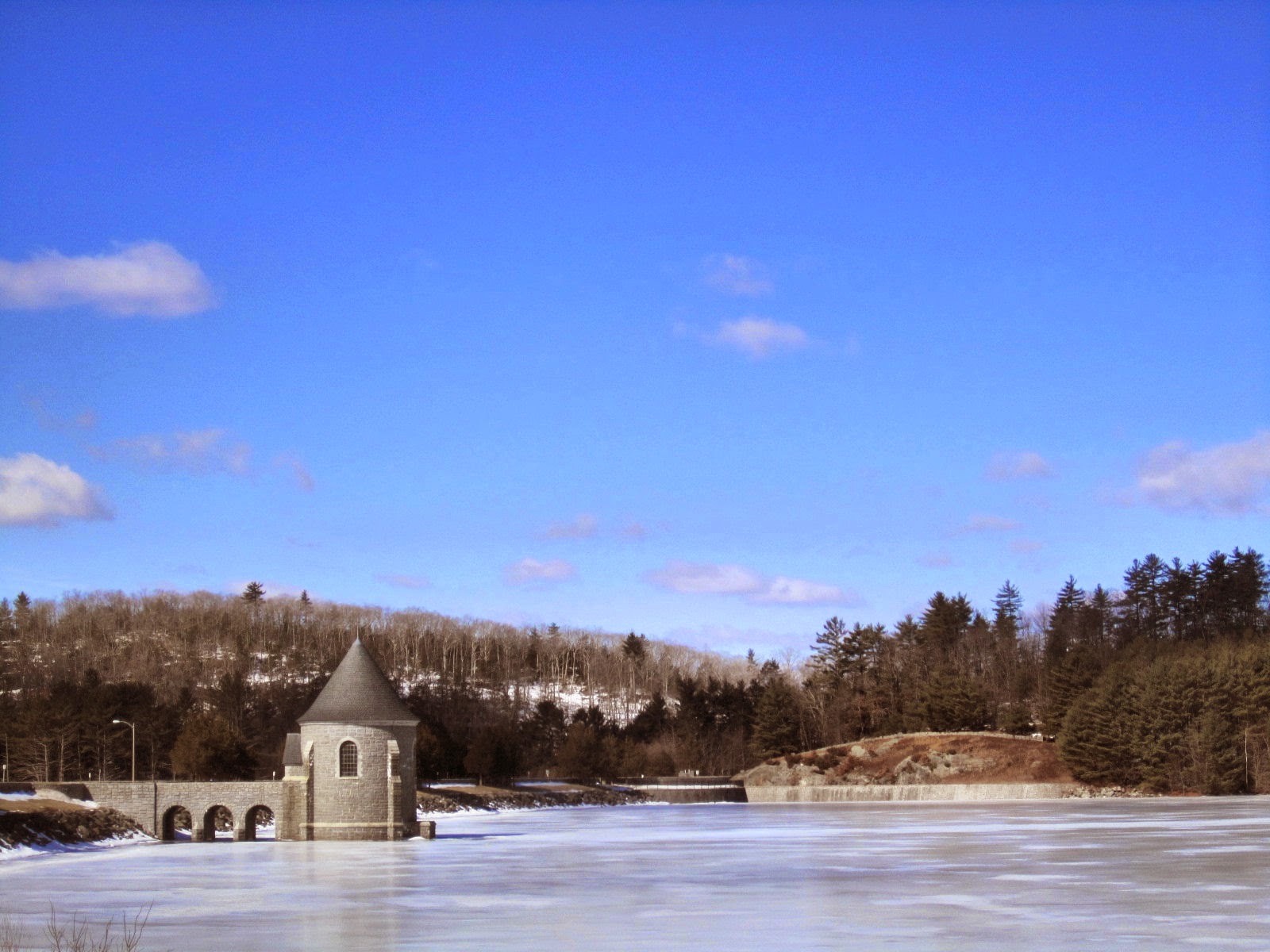 If someone were to rank all the places in Connecticut that resemble backdrops to fairy tales, the Saville Dam would surely come in near the top of the list.

The account of how it came to be here in Barkhamsted is not a fantasy story, but like the creation of Candlewood Lake, it is rather hard to believe.

Once upon a time in Connecticut, the needs of large cities sometimes outweighed the routines of small rural towns. It was demand for water in Hartford that prompted the creation of the dam and the Barkhamsted Reservoir on the East Branch of the Farmington River. The Metropolitan District Commission (the water authority for the greater Hartford area) started acquiring the land in the 1920s, and constructed the dam in 1940. It finally filled up with water eight years later. Submerged under the water are the remains of farms and buildings, including the entire village of Barkhamsted Hollow. (Almost. The schoolhouse survived, and you know there will be a post about that someday.)

When I took this picture it was bitterly cold outside, and the wind was whipping so brutally I thought the door of my car might snap off when I opened it. There were a few other vehicles in the parking lot, and in front of the dam was a man with a camera on a tripod who looked none too happy about the whole experience. On the whole it was a very un-fairy-tale-ish sort of morning. And yet the stone gatehouse, the frozen expanse of water, and the way everyone seemed to slow down as they drove across Route 318 to gaze at the view, lifted the moment back out of reality just a bit.
Posted by Johnna Kaplan at 7:35 AM