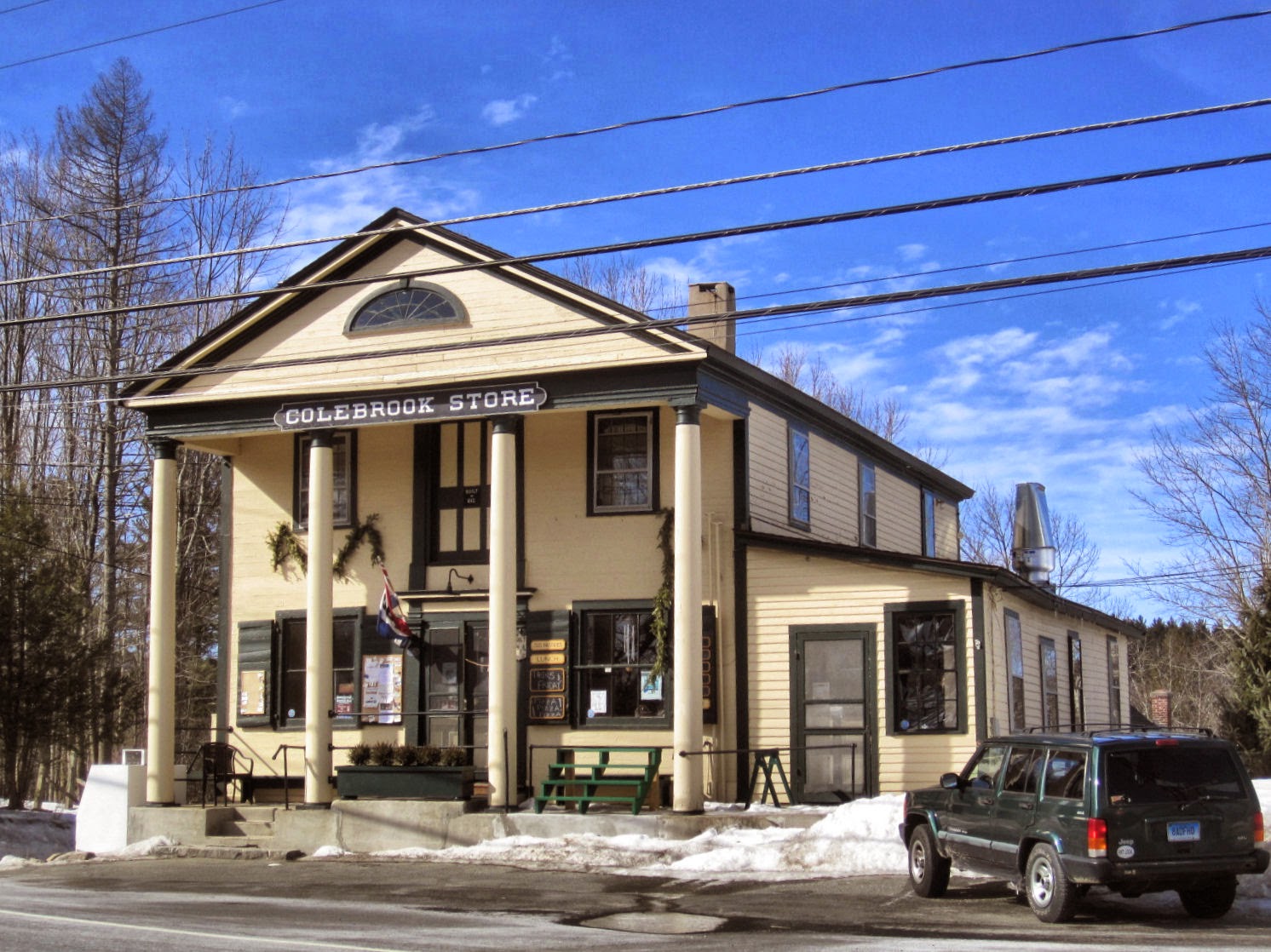 This is the Colebrook Store.  The story of the Colebrook Store is a typical one in Connecticut. Built in 1803, it expanded into the building above in 1812. (The original building remains, behind this one.) Over the years, ownership of the store changed hands many times. When it closed in 2007, the owner at the time wrote a "caustic article in the Winsted Journal blaming the town and in particular the town government for not supporting her store." While it lasted, it was the oldest continuously operating general store in the state; now it was just another empty historic building.

But then there was an unexpected plot twist. The Colebrook Store reopened in 2013. It's a functioning store again, selling, according to its Facebook page, the "largest selection of everything in town, except stamps."

Luckily the Post Office - like the Town Hall, the church, and the Historical Society - is right across the street.
Posted by Johnna Kaplan at 6:50 AM