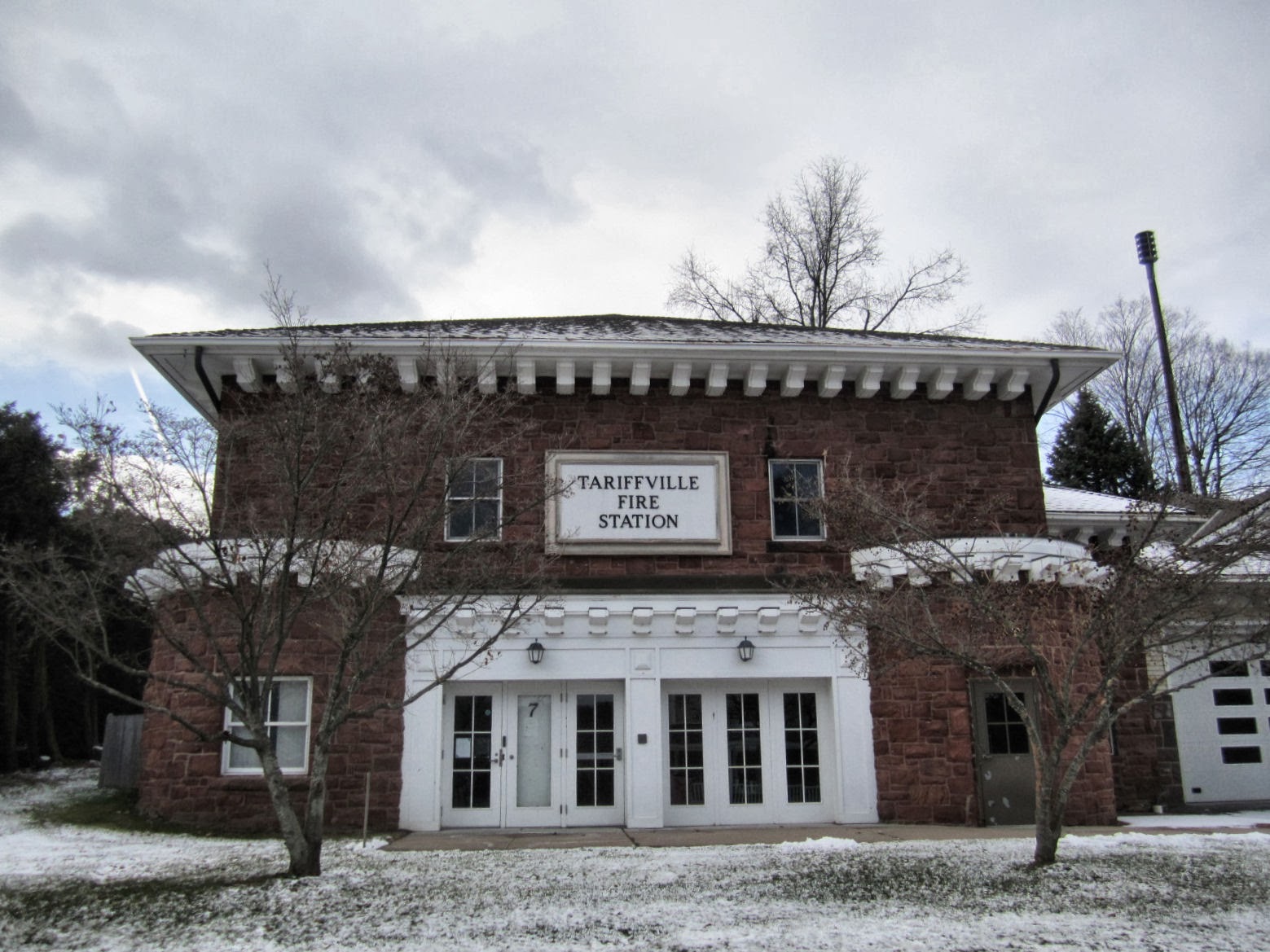 When I went to Tariffville there was snow on the ground. All the surrounding areas had already lost their white coating, but Tariffville looked like it was coated in confectioners' sugar. 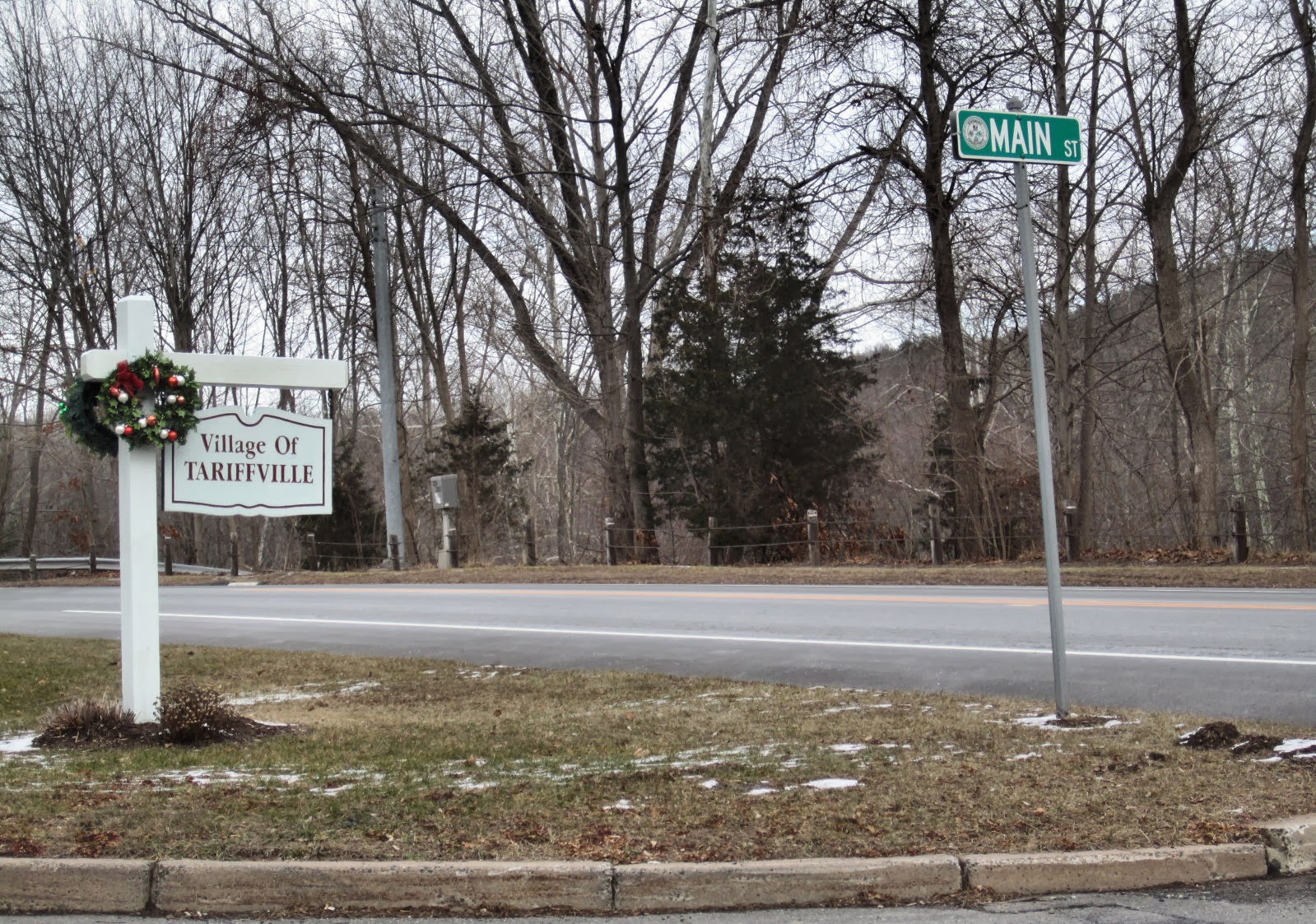 Somehow, the concept of Tariffville having its own unique weather didn't seem strange at all. 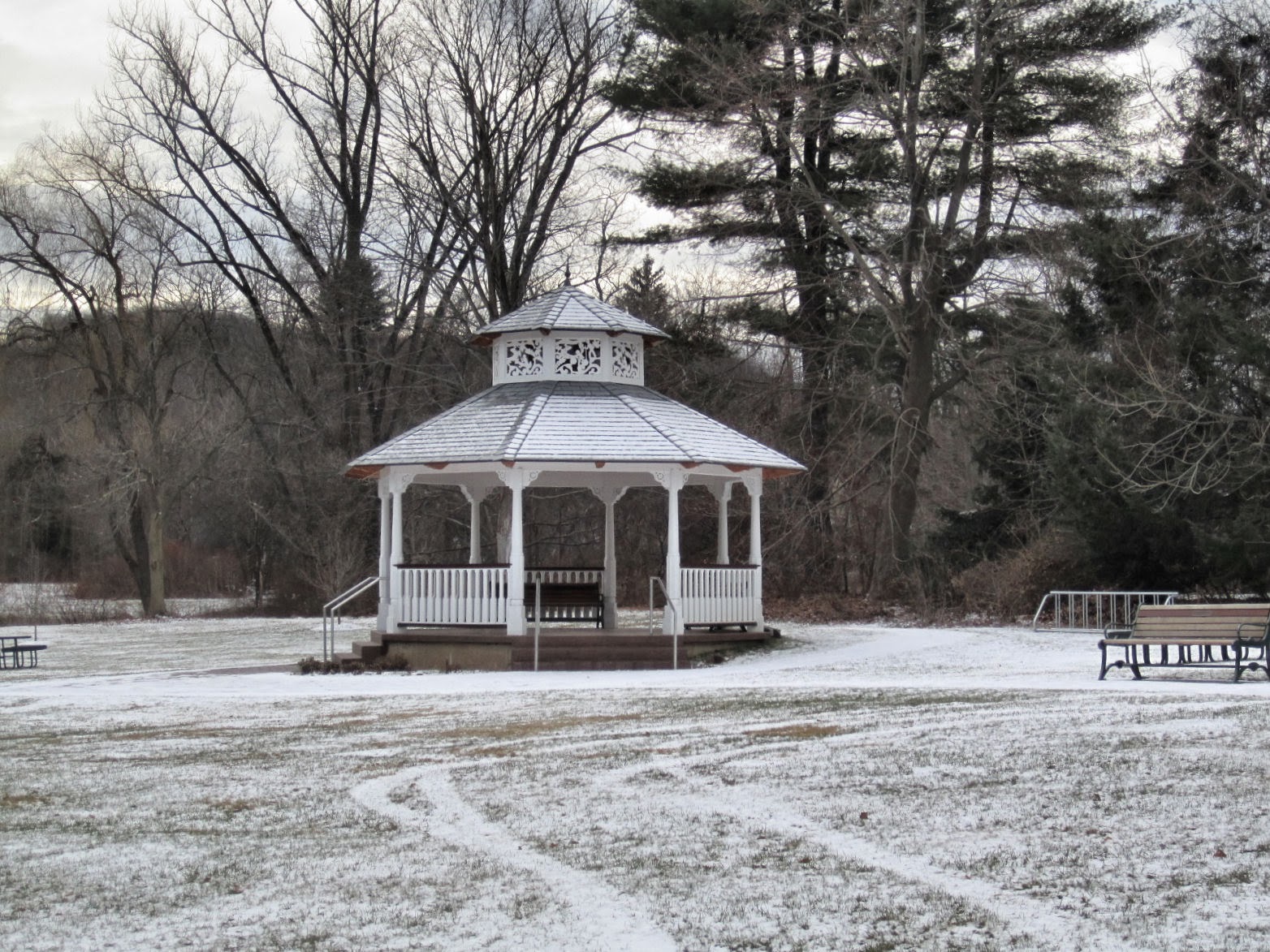 A village within the town of Simsbury, Tariffville feels more self-contained than some other Connecticut villages-within-towns. 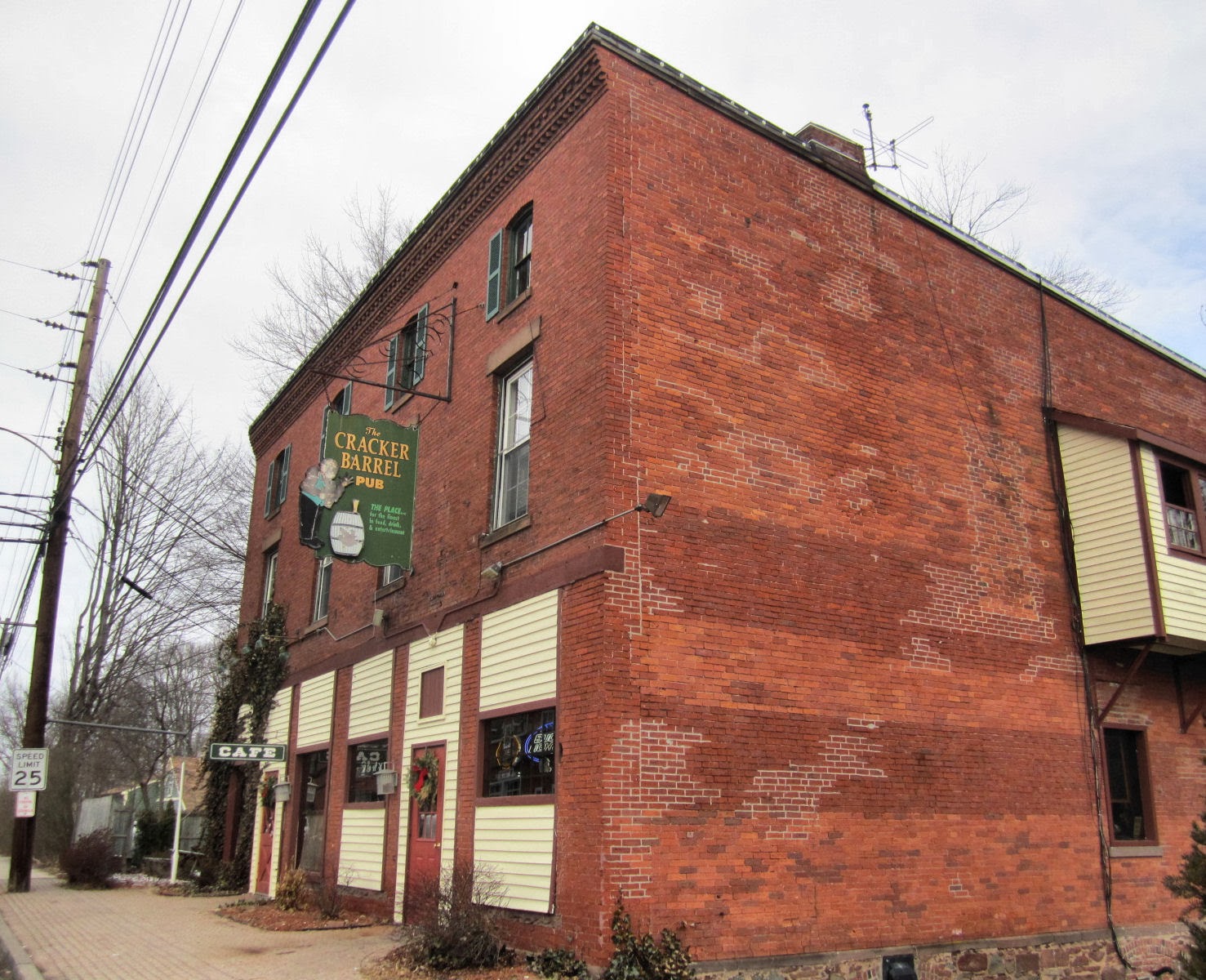 It has its own little green with a gazebo, and its own small Main Street. 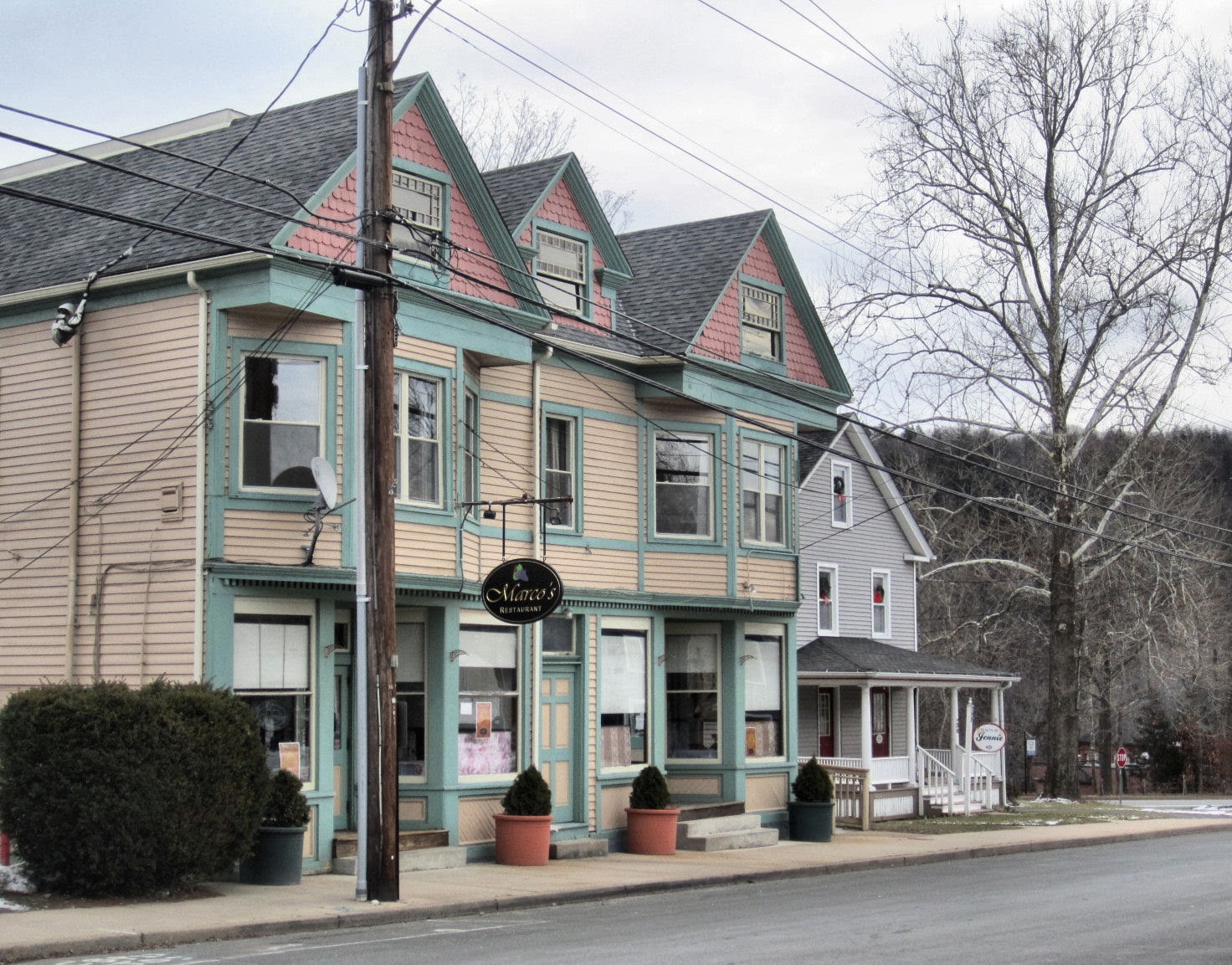 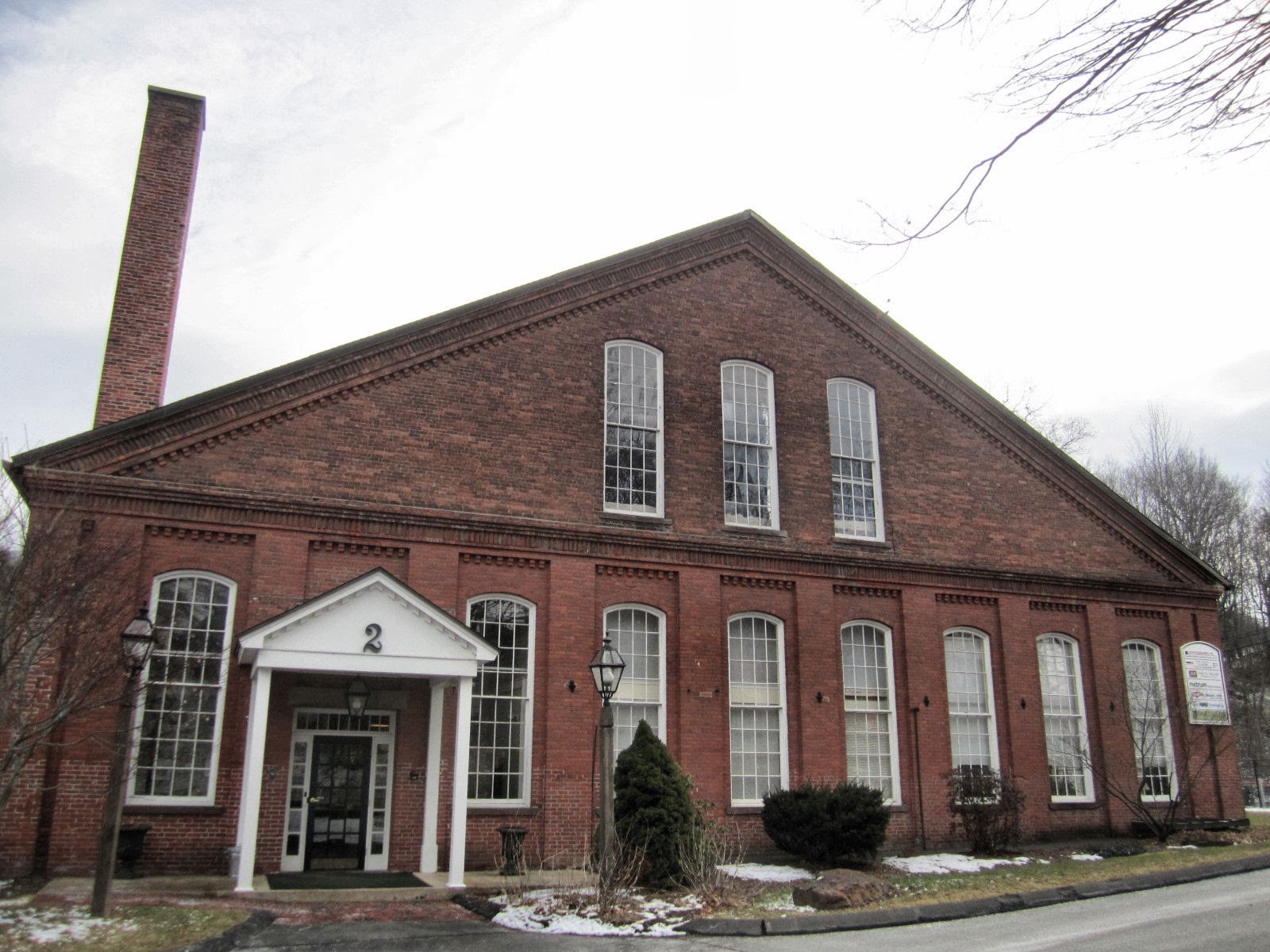 First, there were there were gristmills and sawmills and fulling mills on the Farmington River. Then, in 1825, they built the carpet mill. "They" were the Tariff Manufacturing Company, named after the 1824 United States Tariff Act. After that came workers' housing, then supervisors' housing, then fire, in 1867, then a new mill - this one - in 1868. It was built by the Connecticut Screw Company, then owned by the Hartford Silk Company and the Hartford Cutlery Company and the Hartford Carpet Company. 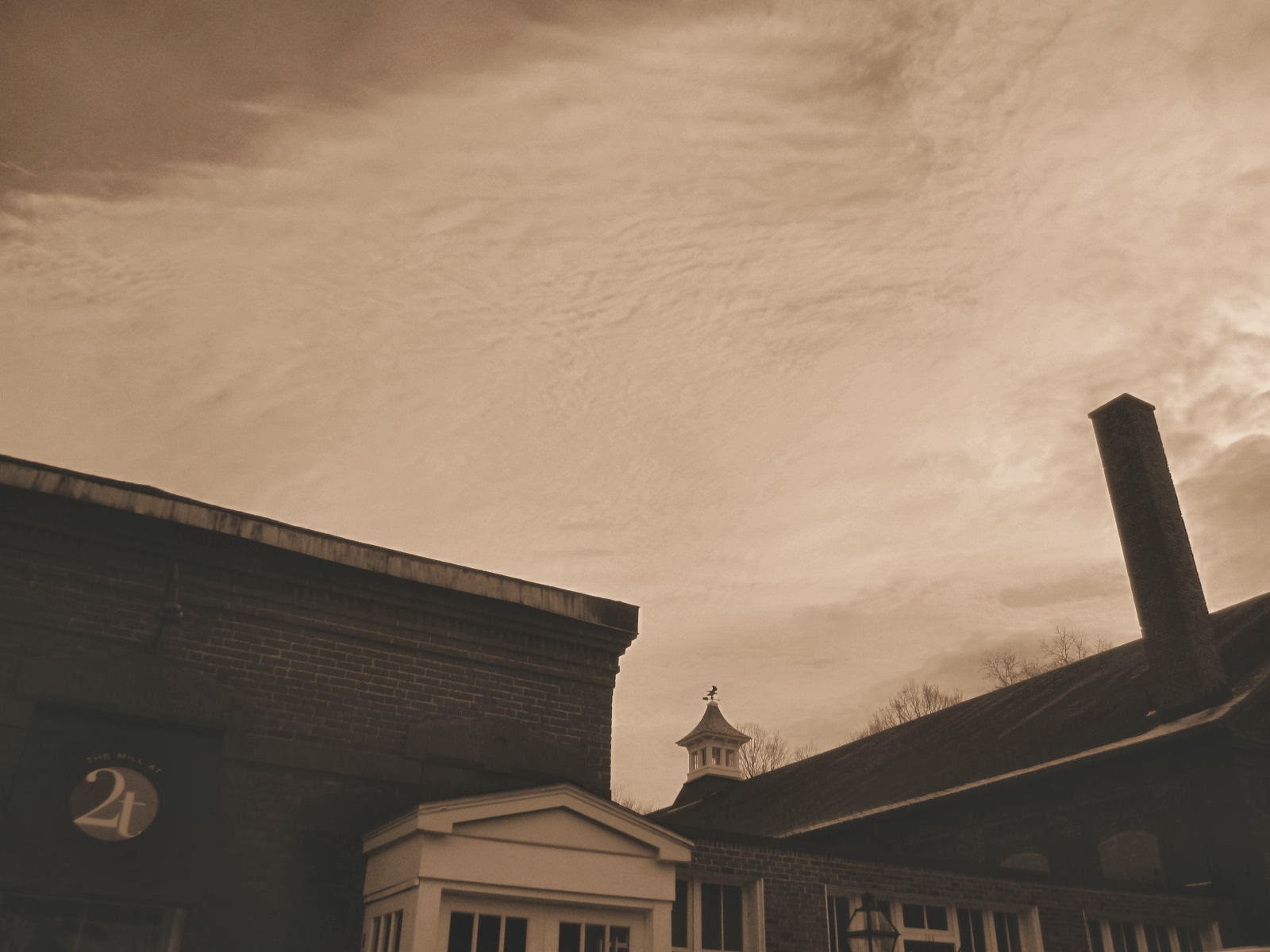 Unlike many such old mills, this one is not empty today. 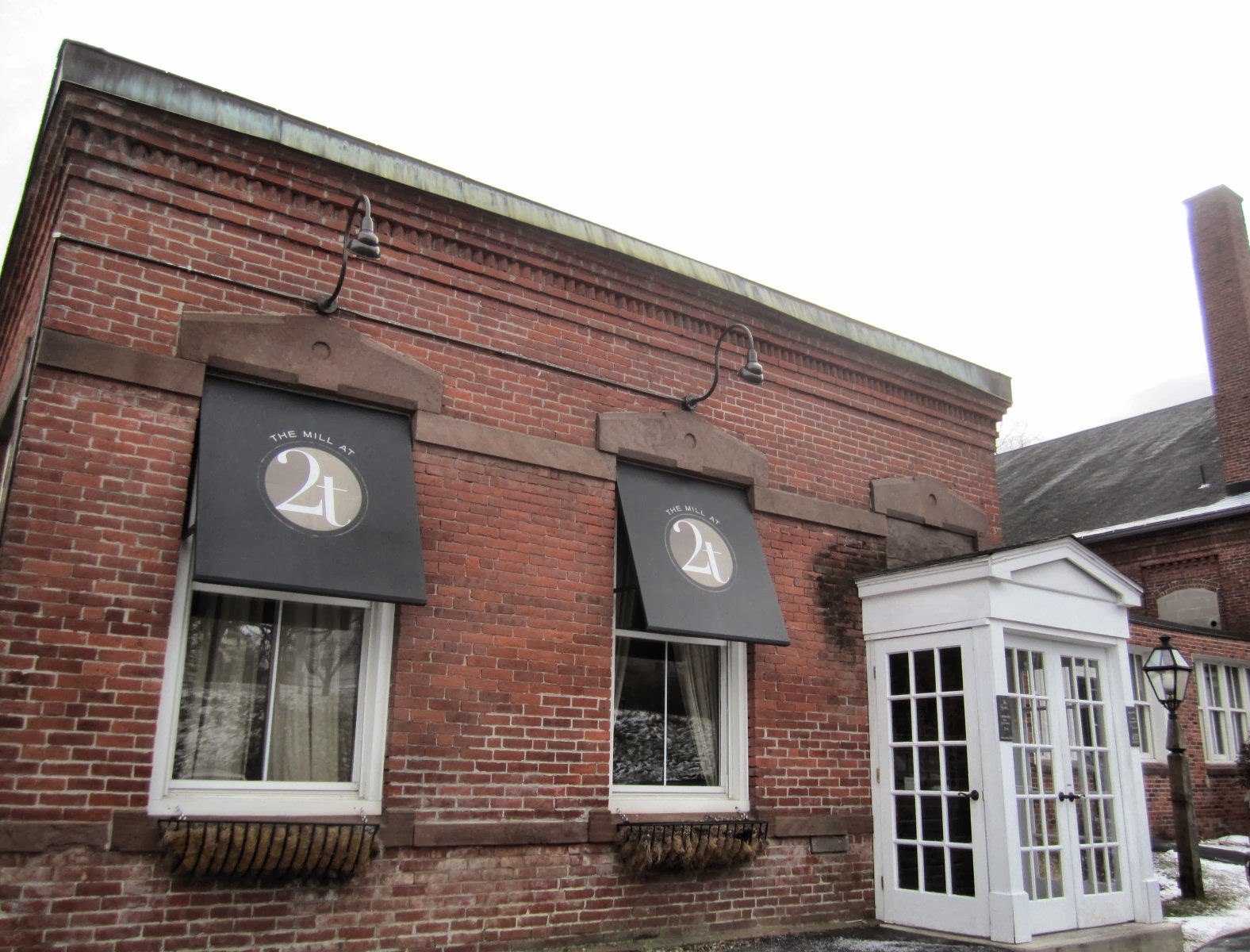 It houses a restaurant and a collection of shops and offices. 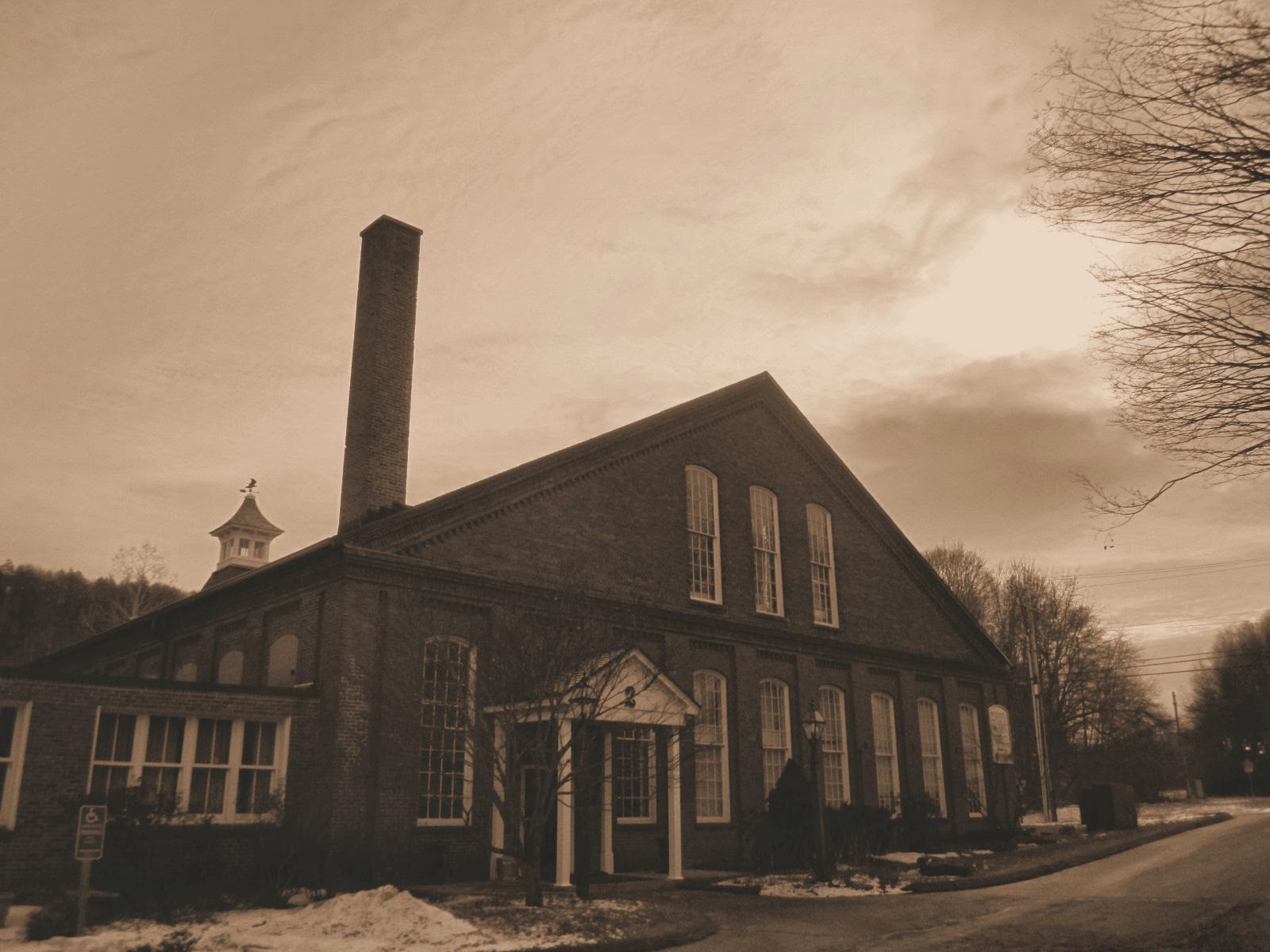 But if you ignore their signage, you can still pretend you're back in the 19th century. 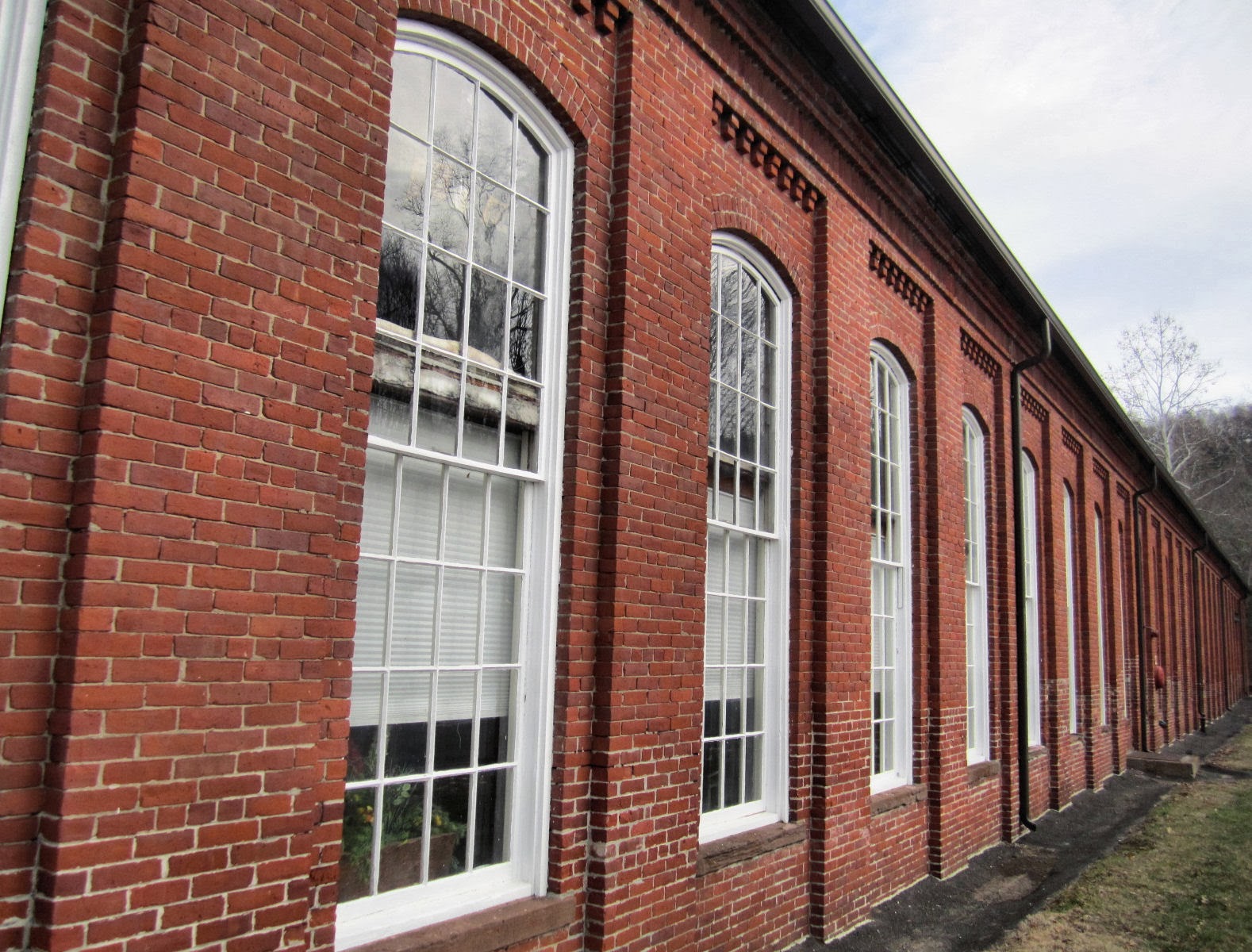 And if you were wondering - or, really, because you probably were not wondering, Tariffville also has its very own disaster.
Posted by Johnna Kaplan at 8:25 AM