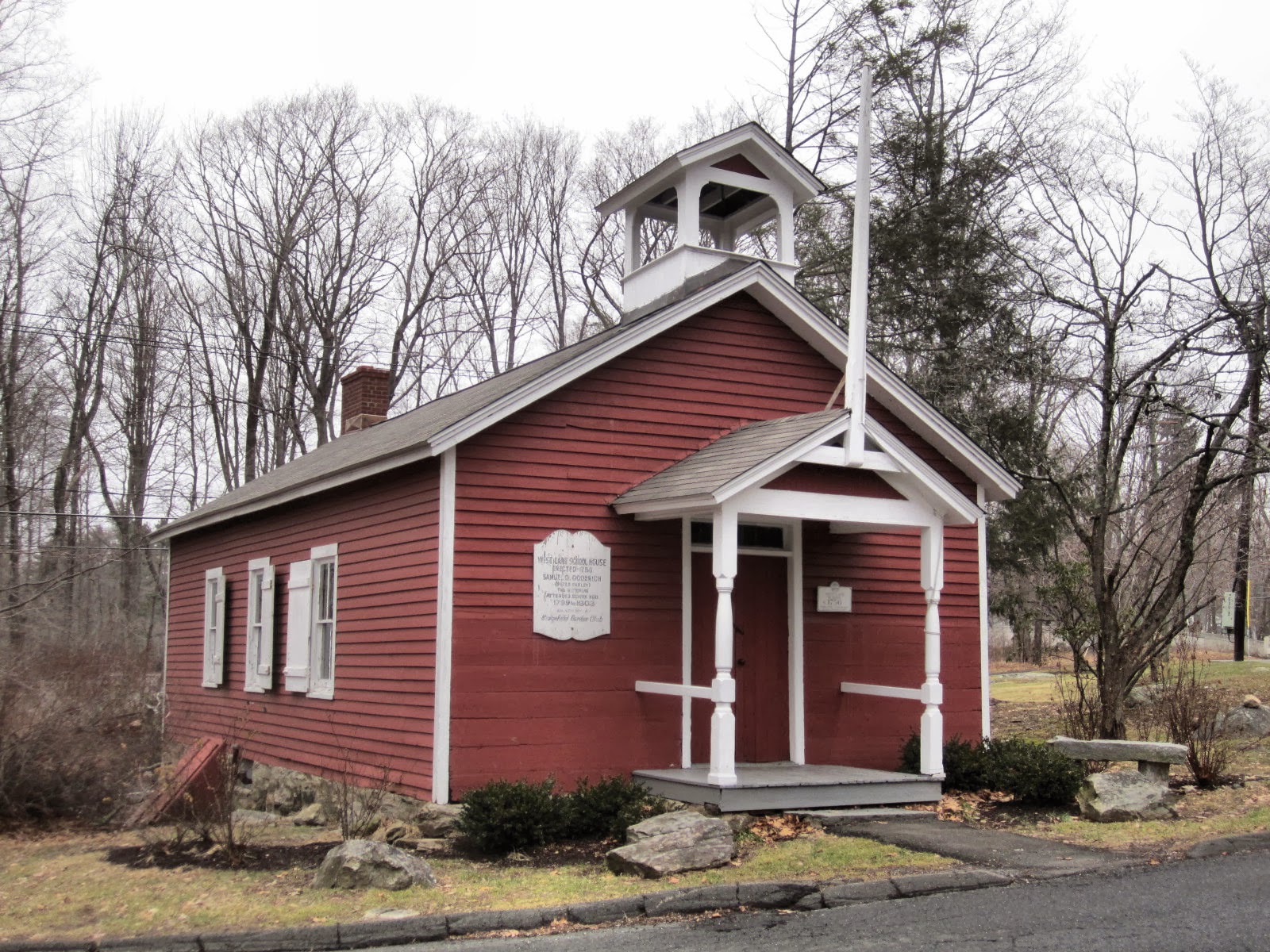 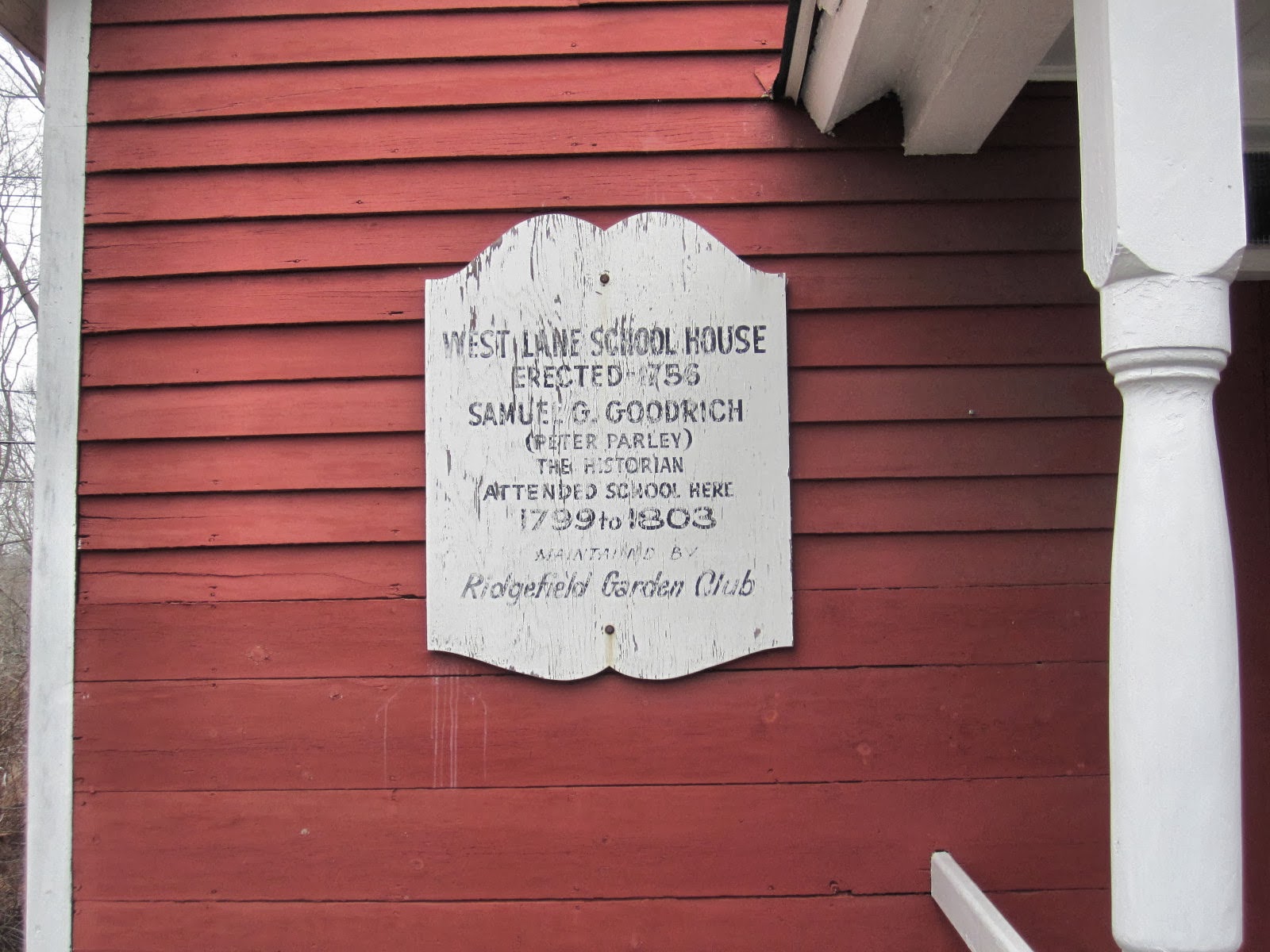 If Peter Parley sounds too cute to be a real name, that's because it's a fictional one. Samuel Griswold Goodrich, born in Ridgefield in 1793, used it as a pseudonym when he wrote books for children. 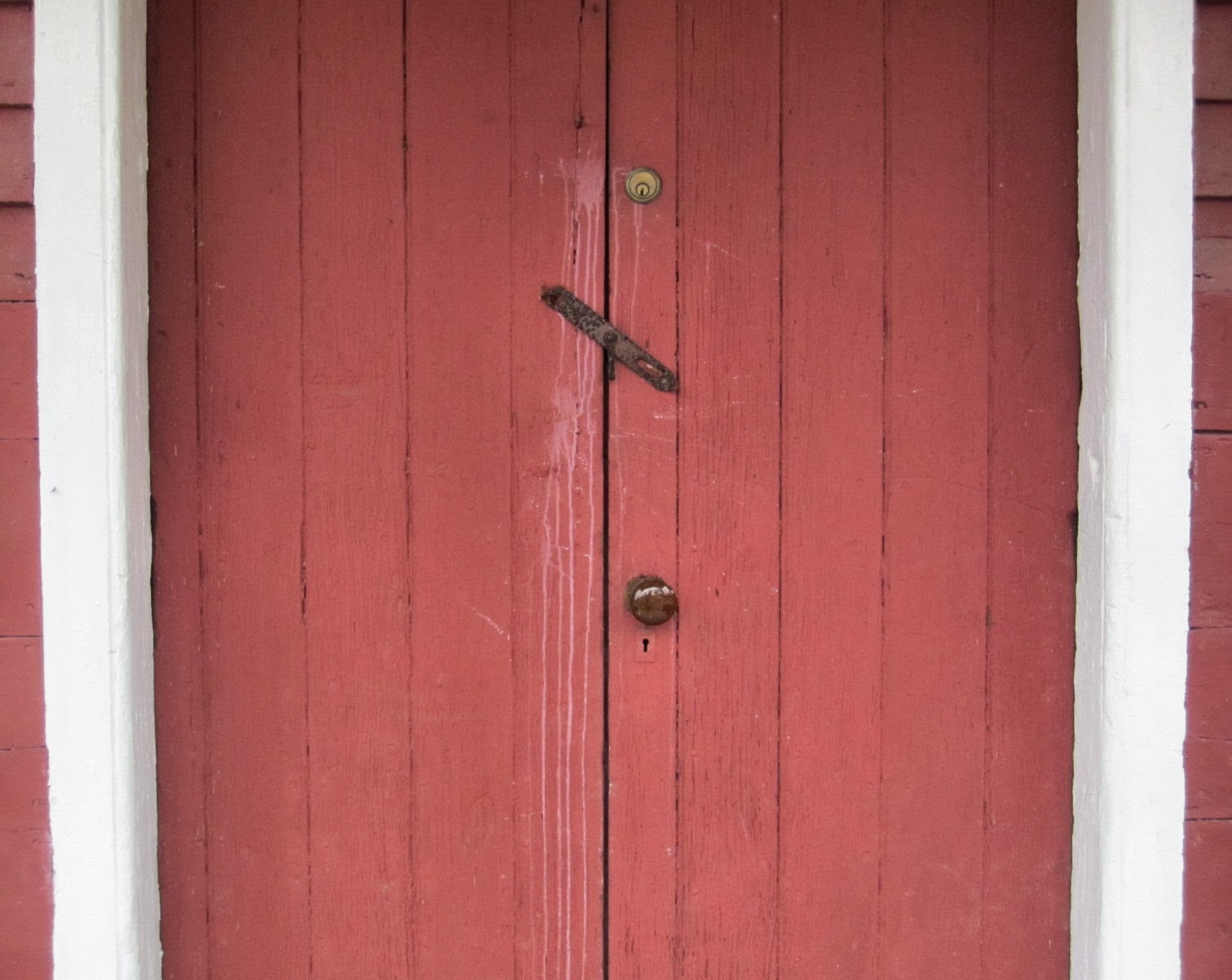 Goodrich claimed to have written 170 books in his lifetime, not all of them for children. He was also, for a time, a member of the Massachusetts House of Representatives and President Millard Fillmore's Consul General in Paris. 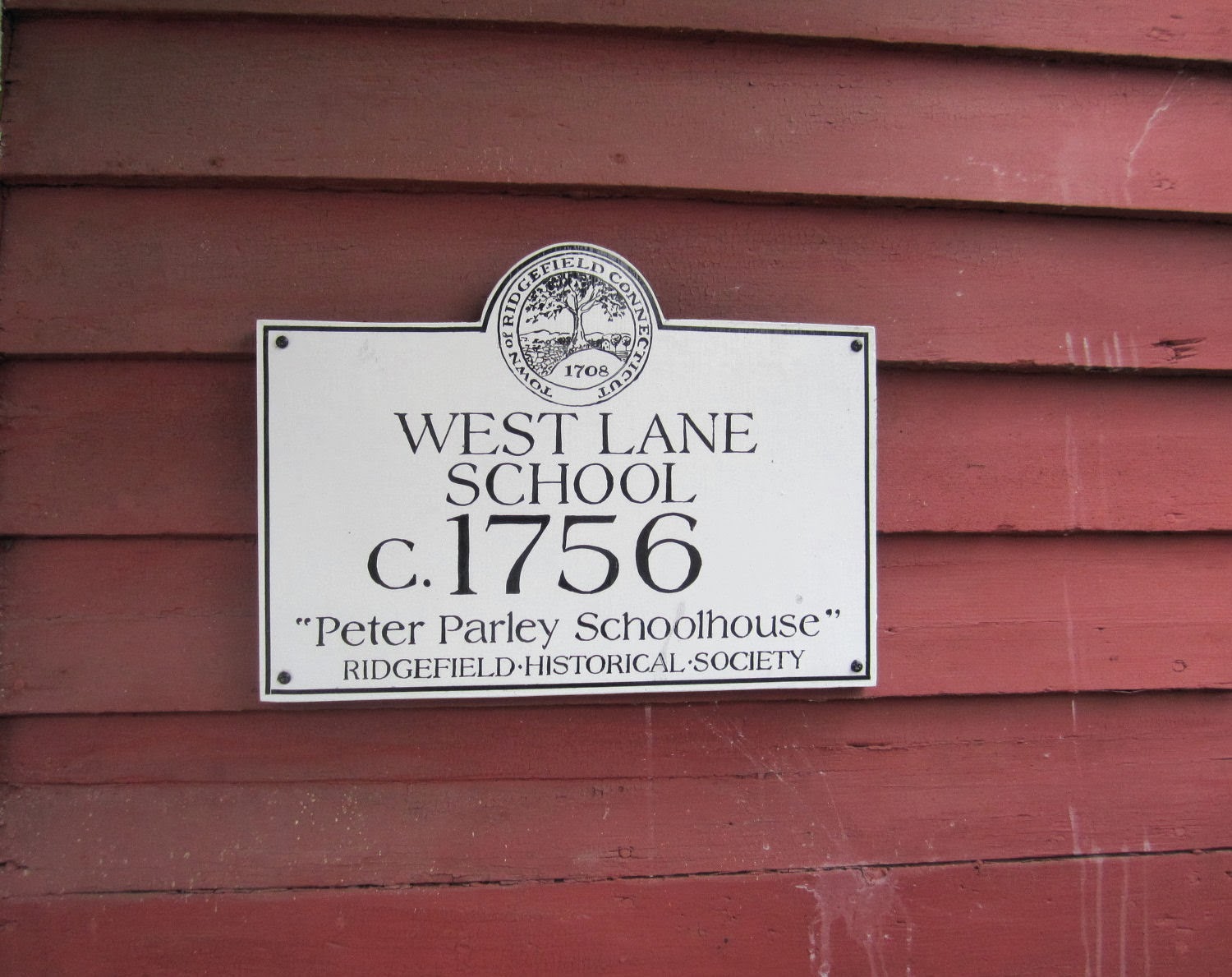 There's more information about the school and its history here. Whether it's true or not, I love this:


Schoolhouses in New England were often constructed on the islands made by crossroads. This provided easy access and no one would dispute that the town owned the land. 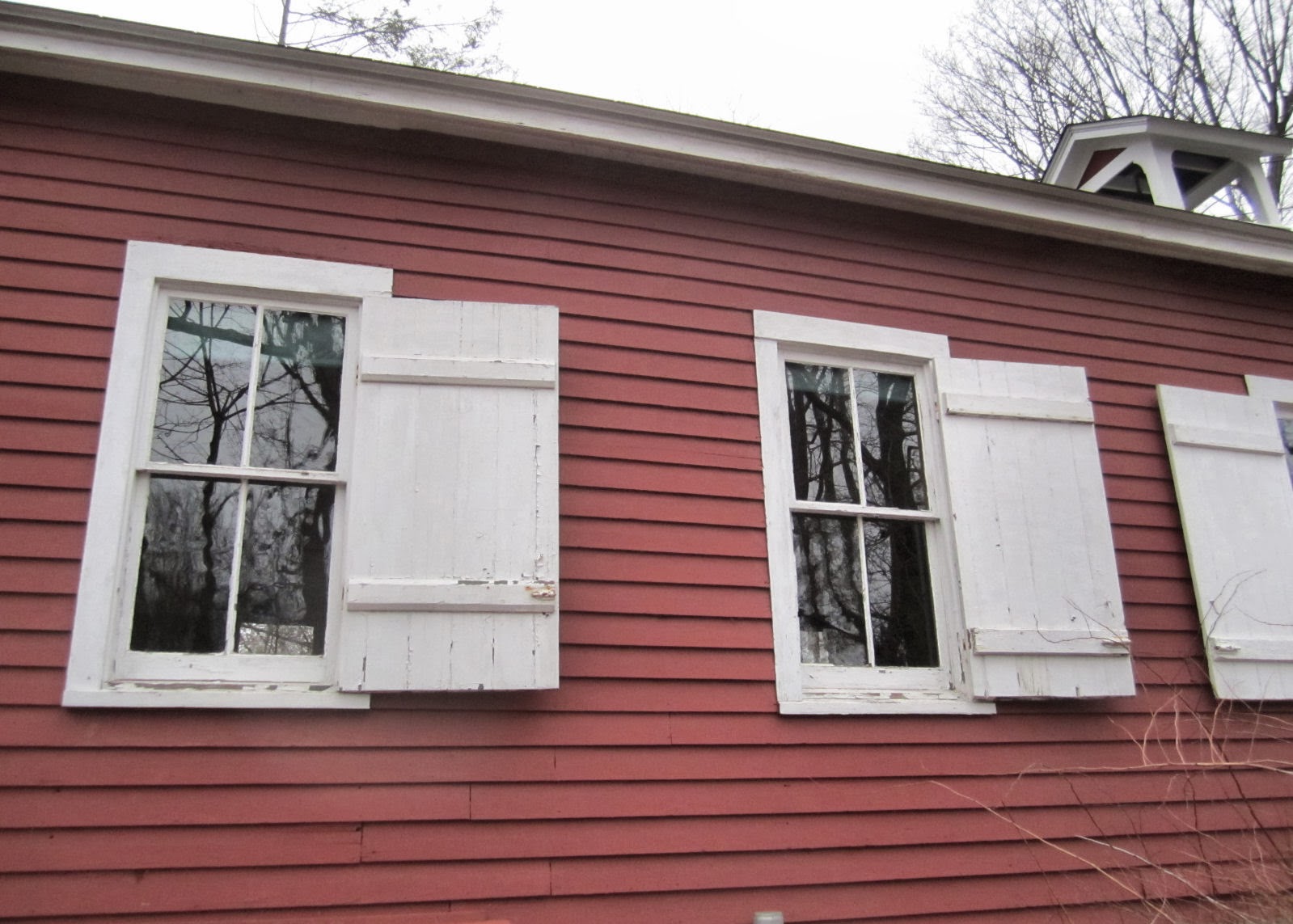 Today, the schoolhouse's traffic-island location just means that it's really hard to park near the thing and you can only hope no one smashes into your vehicle while you're taking pictures. Or worse - in the early 20th century, someone crashed right into the building itself with a Model T Ford.
Posted by Johnna Kaplan at 8:30 AM