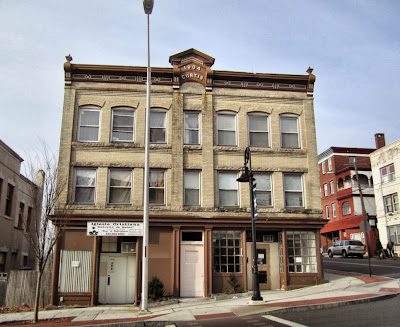 Though I'd never been to Bristol before, the city looked instantly familiar to me as soon as I got out of the car. It's not exactly true that if you've seen one former Connecticut manufacturing town with its best commercial buildings all lined up proudly on a hill you've seen them all, but it's slightly true. 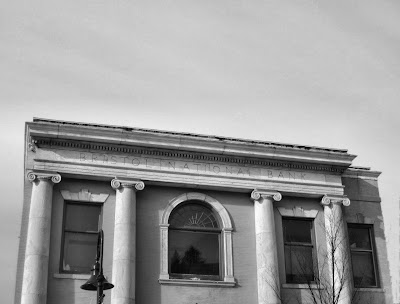 The question you learn to ask about these towns is: What was their thing? What did they once make here and send out into the world to remind everyone that all the best of everything came stamped with CT? 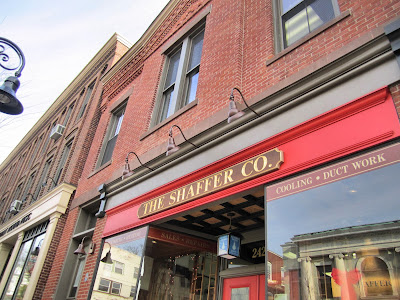 Bristol had many things, but its first thing was clocks. Like nearby Thomaston and a few other Connecticut towns, Bristol was known for its timepieces. Later there would be bells, saws, and the first telescopic steel fishing rod, invented to be hidden beneath a coat to enable stealth fishing on the Sabbath.

Now, Bristol is the home of EPSN and Lake Compounce, but the downtown area doesn't show much evidence of all the money those two must bring in. 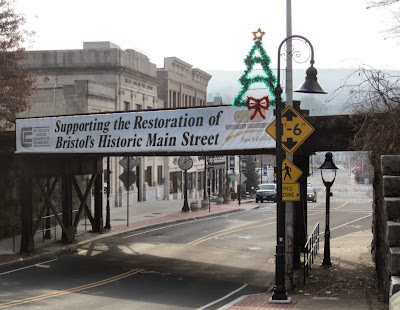 But, as in almost all small Connecticut manufacturing cities, a revitalization is planned. And here, they're attempting to crowdsource it. 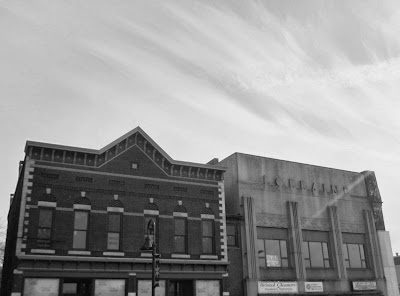 I hope it works. Though downtown Bristol may not have the striking appearance of a New London or a Middletown, it has so much potential to be restored to the kind of classic American Main Street where you wouldn't be surprised to see children in leather shoes and crisp little socks playing Jacks on the sidewalk.

True story: I wrote that last sentence and then did an image search, to make sure I had correctly matched my footwear with my street game, and I found this picture. Those little girls would not be at all out of place in a restored downtown Bristol.

Oh, and in case you were wondering, the song Bristol Stomp is about Bristol, Pennsylvania. And will be stuck in my head for days.
Posted by Johnna Kaplan at 7:45 AM