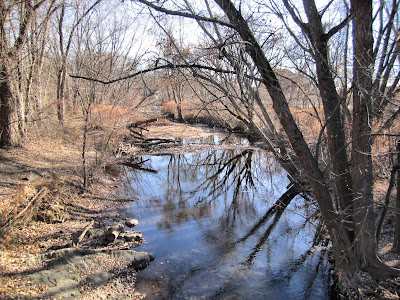 The Still River Greenway in Danbury reminds me a little of the Sikorsky Estuary Walk. It's a sliver of nature hidden in an industrial area and when you're there, thoughts of "oh this is so nice" are sometimes drowned out by thoughts of "someone could kill me here and no one would ever know." 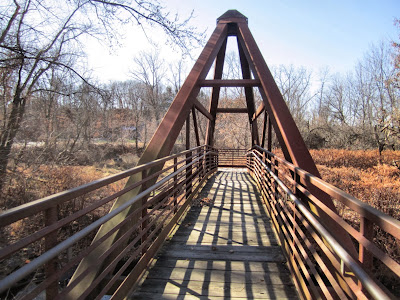 Which is not to say it isn't very nice, if you can tilt your head - or your camera - in such a way that you don't see the Pitney Bowes building lurking in the background. 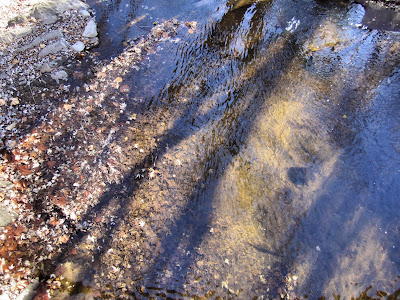 The Greenway trail is 2.2 miles long, but I only checked out a short portion of it because a) I was freezing and b) someone could have killed me at any time and no one would have known. 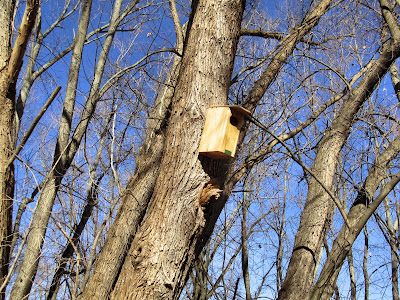 But from what I could see it's very well planned, with picnic tables and informational signs and nice little touches like this bird house. 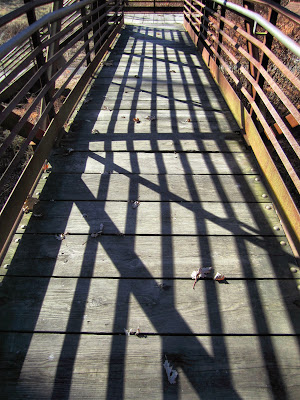 The history of the Still River is explained on sign-boards near the trail head, (awesomely) divided into categories that include Abuse, Revenge, and Banishment. Revenge refers to what happened in 1955, when massive amounts of rain from two hurricanes caused major flooding in many Connecticut towns. 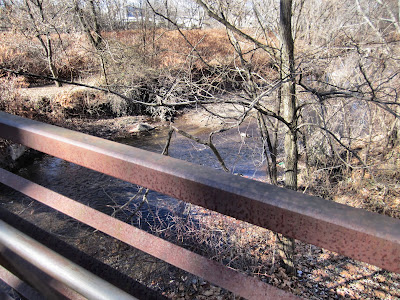 In Danbury, large sections of downtown were completely destroyed, residents were cut off from surrounding communities, and the National Guard had to pluck people off rooftops by helicopter. (And to think, they managed it without the mayor live-tweeting the entire thing.) 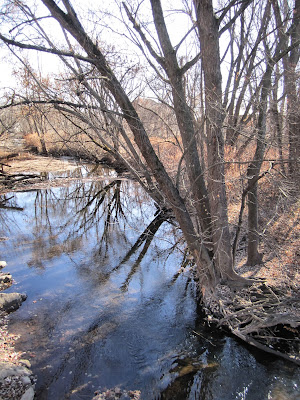 I'm taking the rest of this week off from blogging, but I'll be back on Monday. Happy Thanksgiving and/or Hanukkah!
Posted by Johnna Kaplan at 8:40 AM