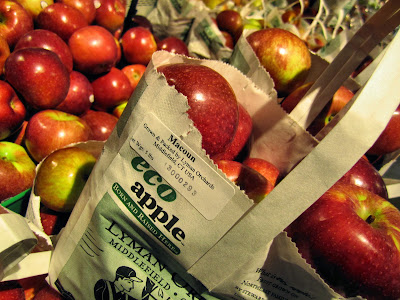 Continuing with my unintentional orchard theme, Lyman Orchards in Middlefield is pretty much the opposite of Wright's. It's large, it's packed, it has its own golf course. It's what you'd get if Bishop's in Guilford suddenly decided it wanted to be Stew Leonard's. 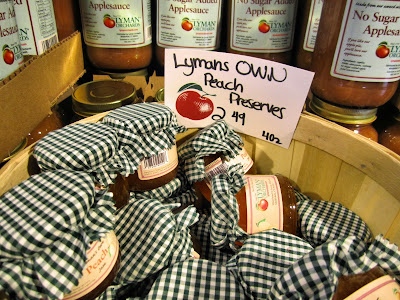 And it has a large store, called the Apple Barrel, which sells every sort of apple- or fruit-related product you could want, and contains a little restaurant area. 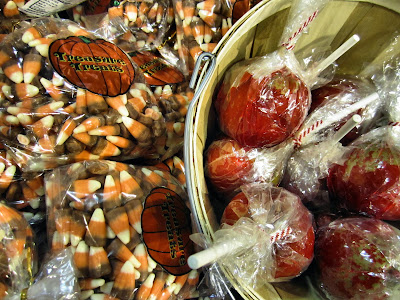 (Candy has no calories if you only take pictures of it.) 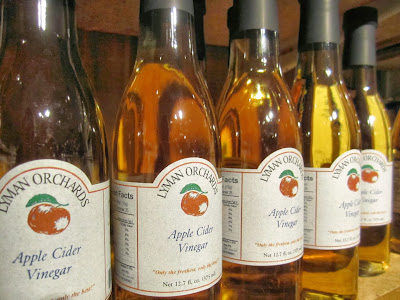 And it's widely acclaimed for its pies, which also have no calories if you limit your contact with them to picture-taking. Though these looked so good I'm pretty sure some calories leaked through the lens directly into my face. 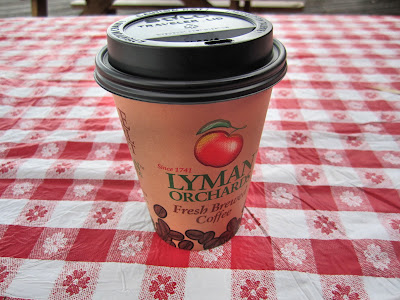 This is, of course, not really coffee. It's hot cider. Because I'm trying to drag fall out as long as I possibly can, in a valiant attempt to forestall winter.
Posted by Johnna Kaplan at 7:45 AM