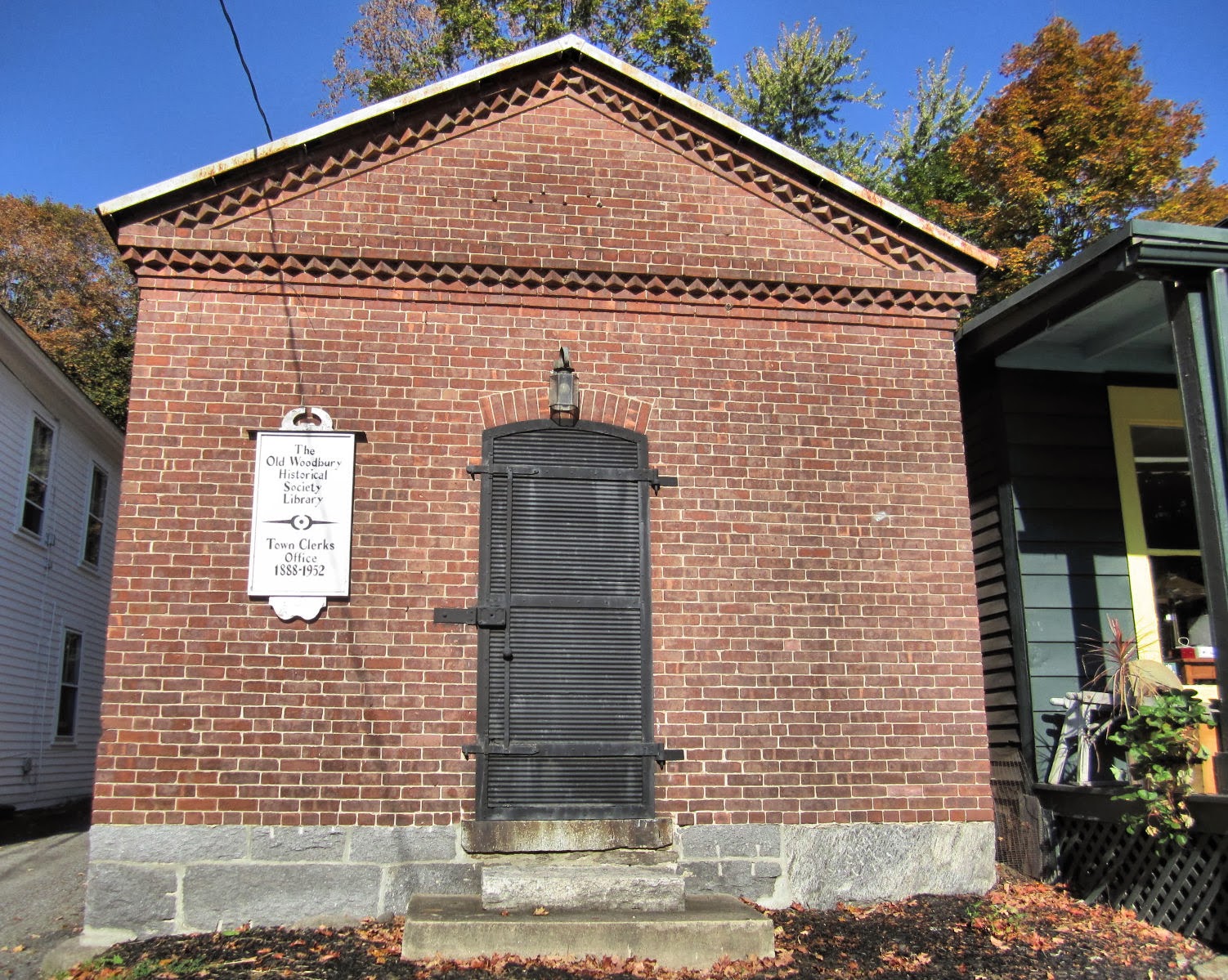 Officially, Woodbury's thing is antiques. Not Putnam-style antiques, with huge multistory buildings containing wonderfully random bits and bobs and thingamajigs in a full range of prices, but, you know, antiques. (As my friends and I used to say growing up in Westport, make sure you get the sunscreen on the bottom of your nose, too.) There is a Connecticut Antiques Trail which consists entirely of Woodbury. Personally I think Putnam and Seymour and Collinsville should team up and arrange a protest to get in on that, but no one asks me about these things.

However, Woodbury also has much to offer people who are too broke to do anything but walk around. Yay for me! 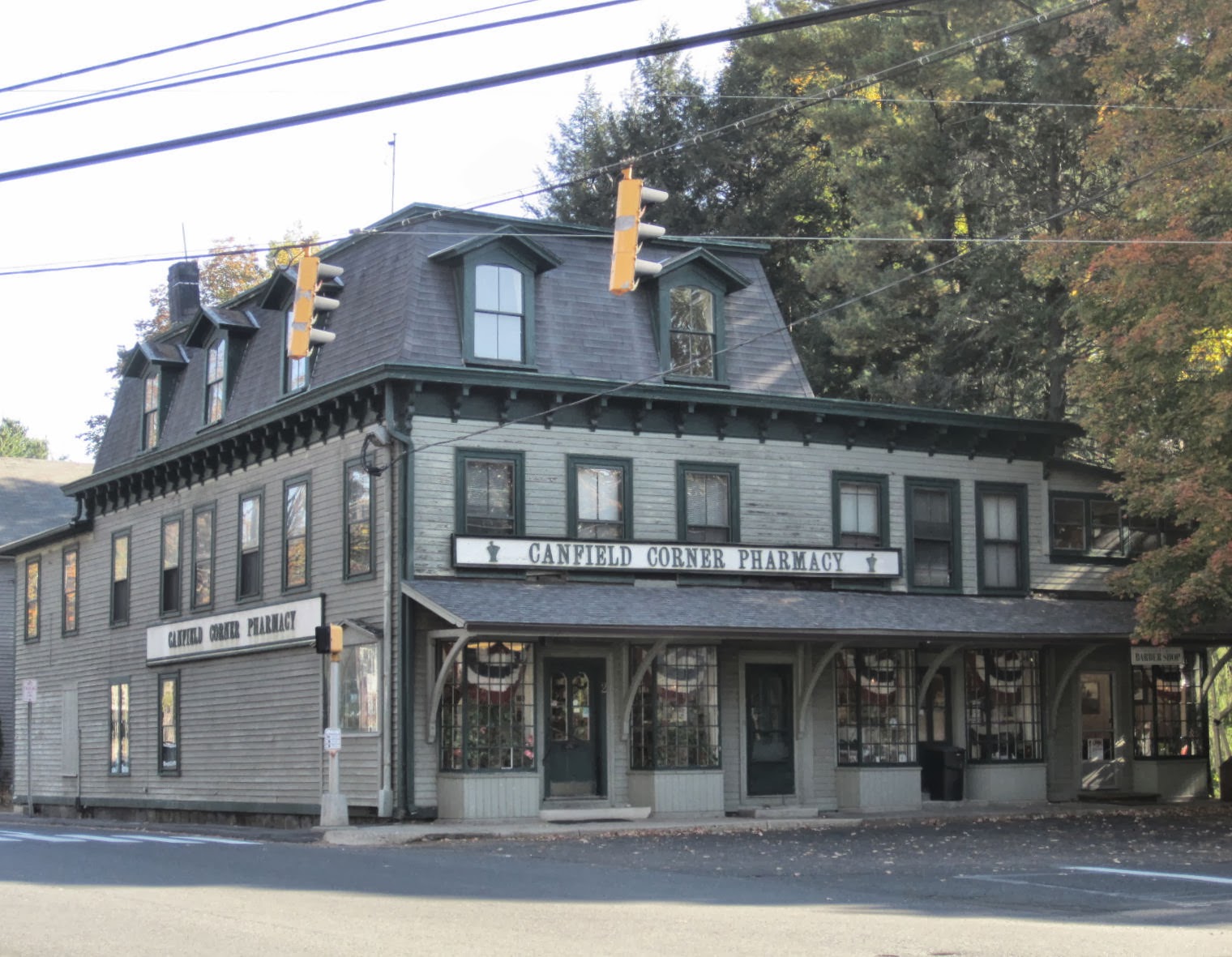 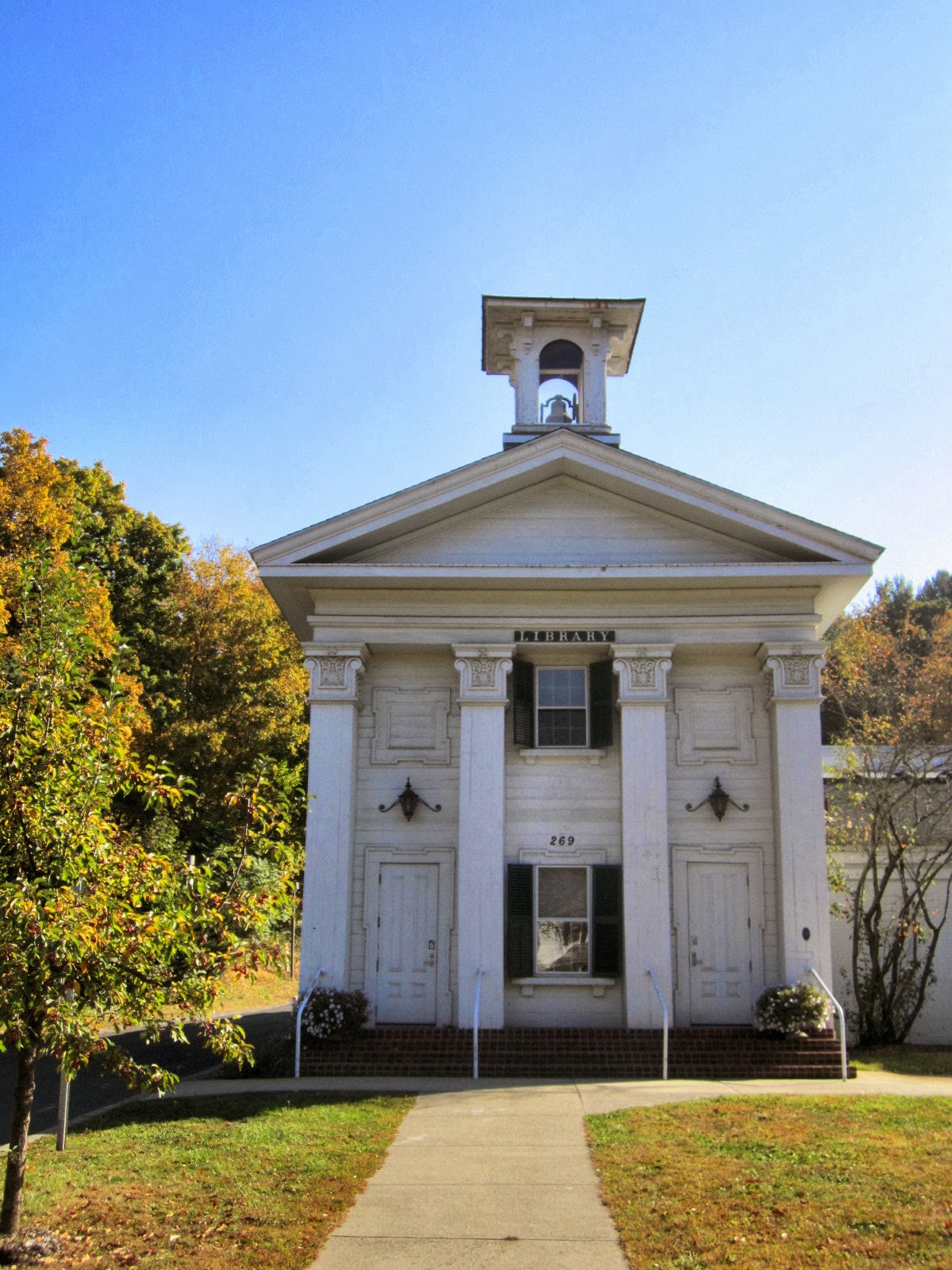 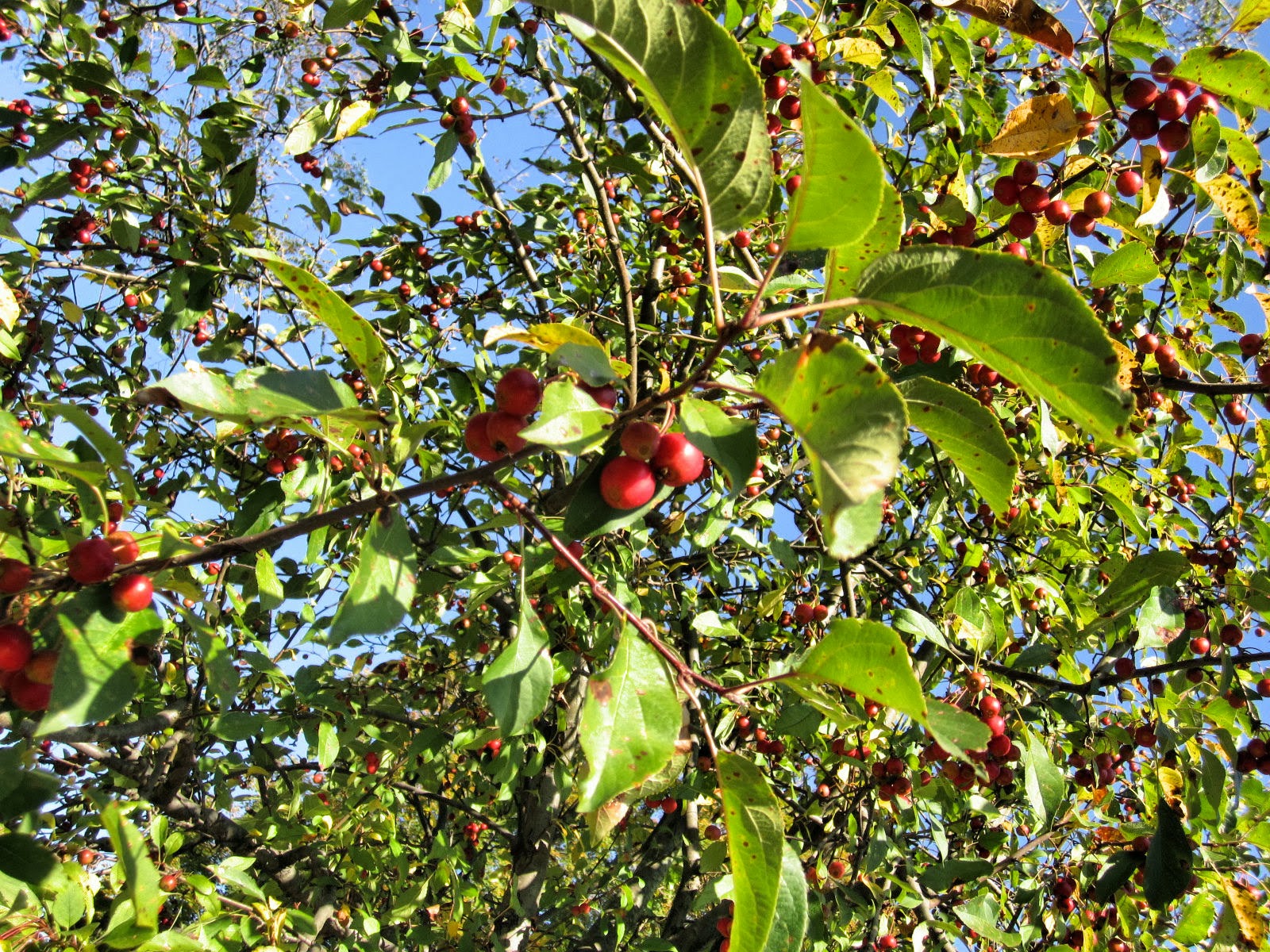 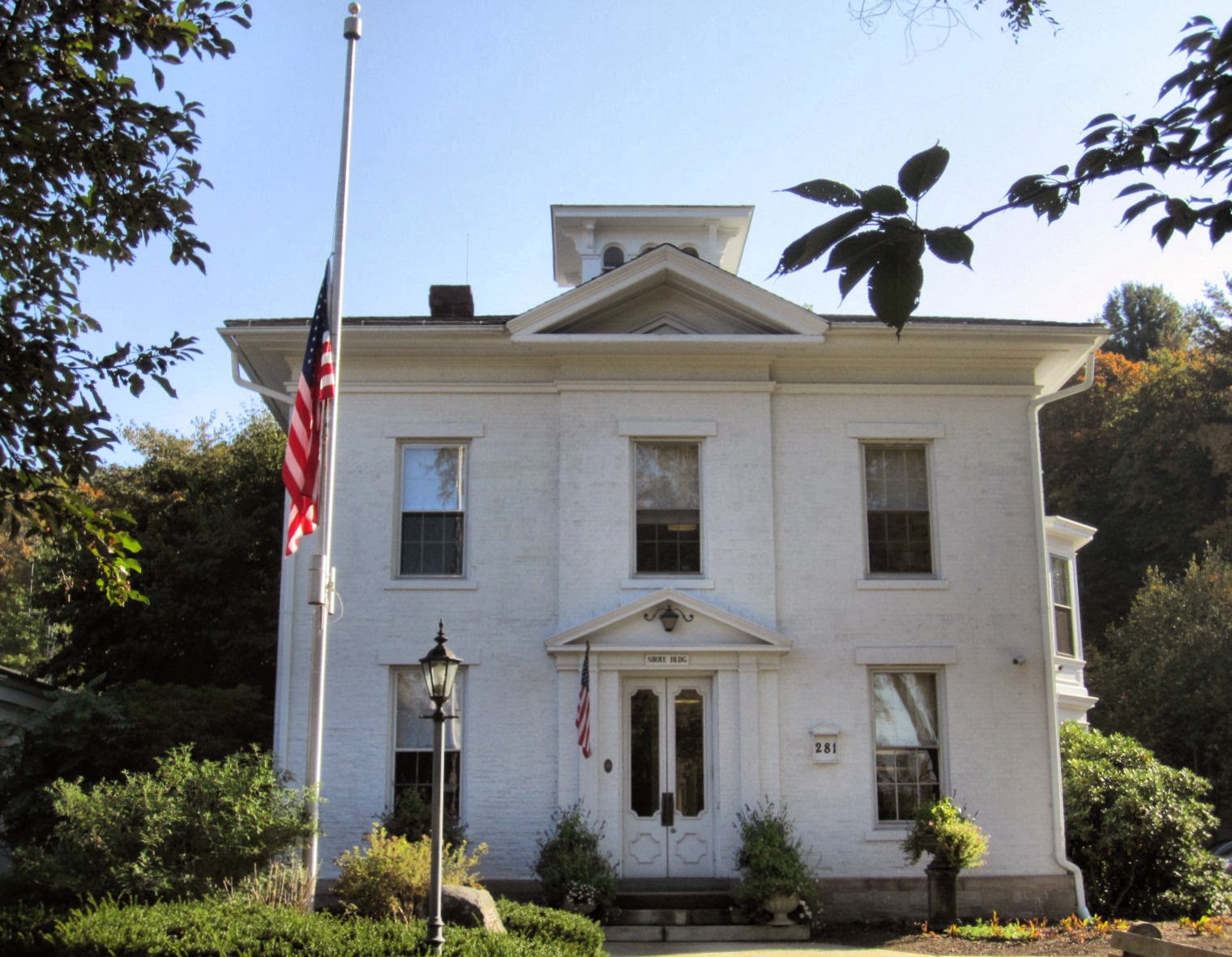 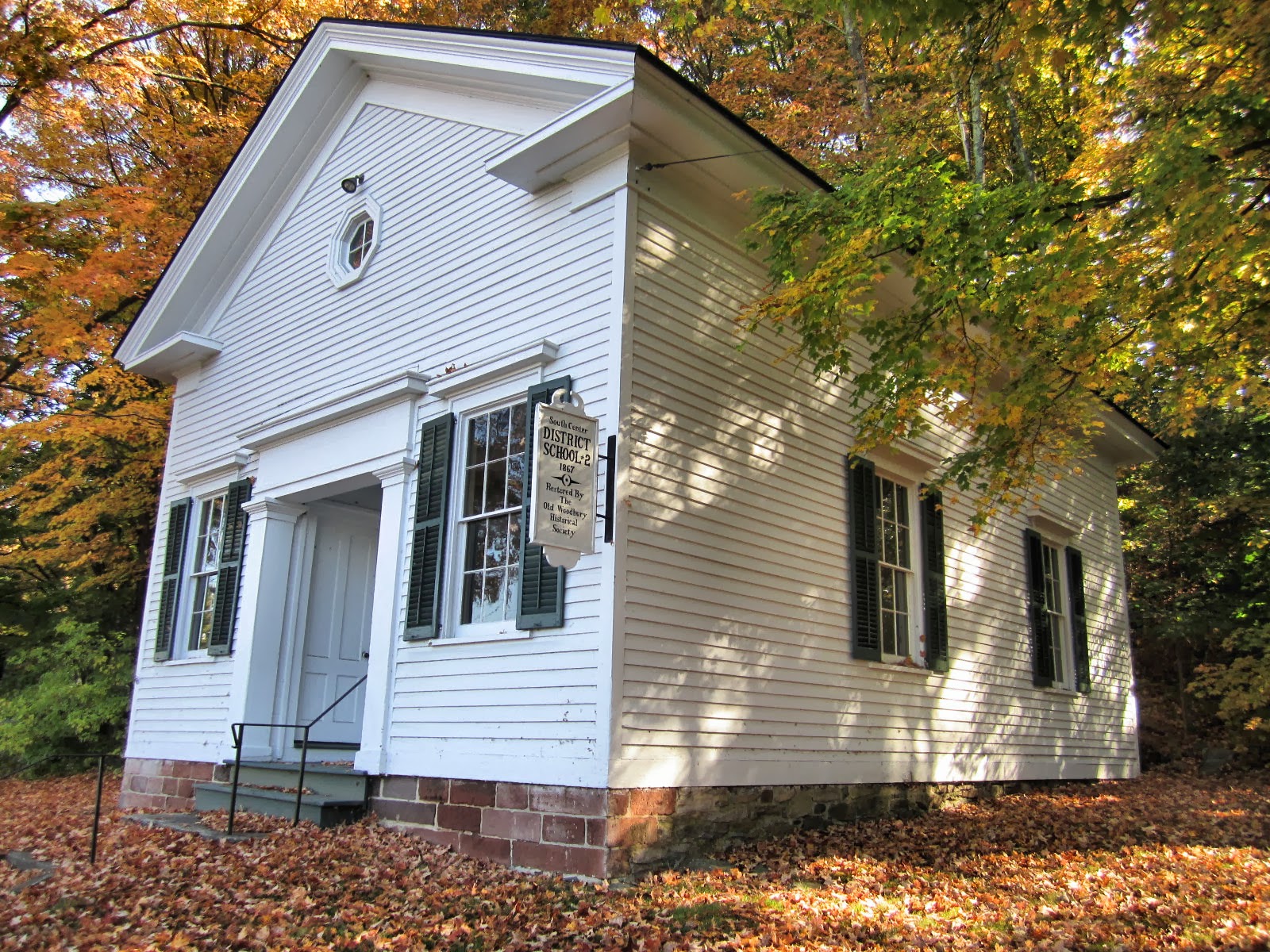 Yes, that's another little (former) library in the first shot. The second building is really a pharmacy, not a leftover piece of a movie set. The third is yet another former library which was a school before that. The fourth is a municipal building called the Shove Building, which may or may not be fitting, I don't know anything about local Woodbury politics. And the last is, what else, a schoolhouse.
Posted by Johnna Kaplan at 8:00 AM