What *Is* That?! (Woodbury Edition) 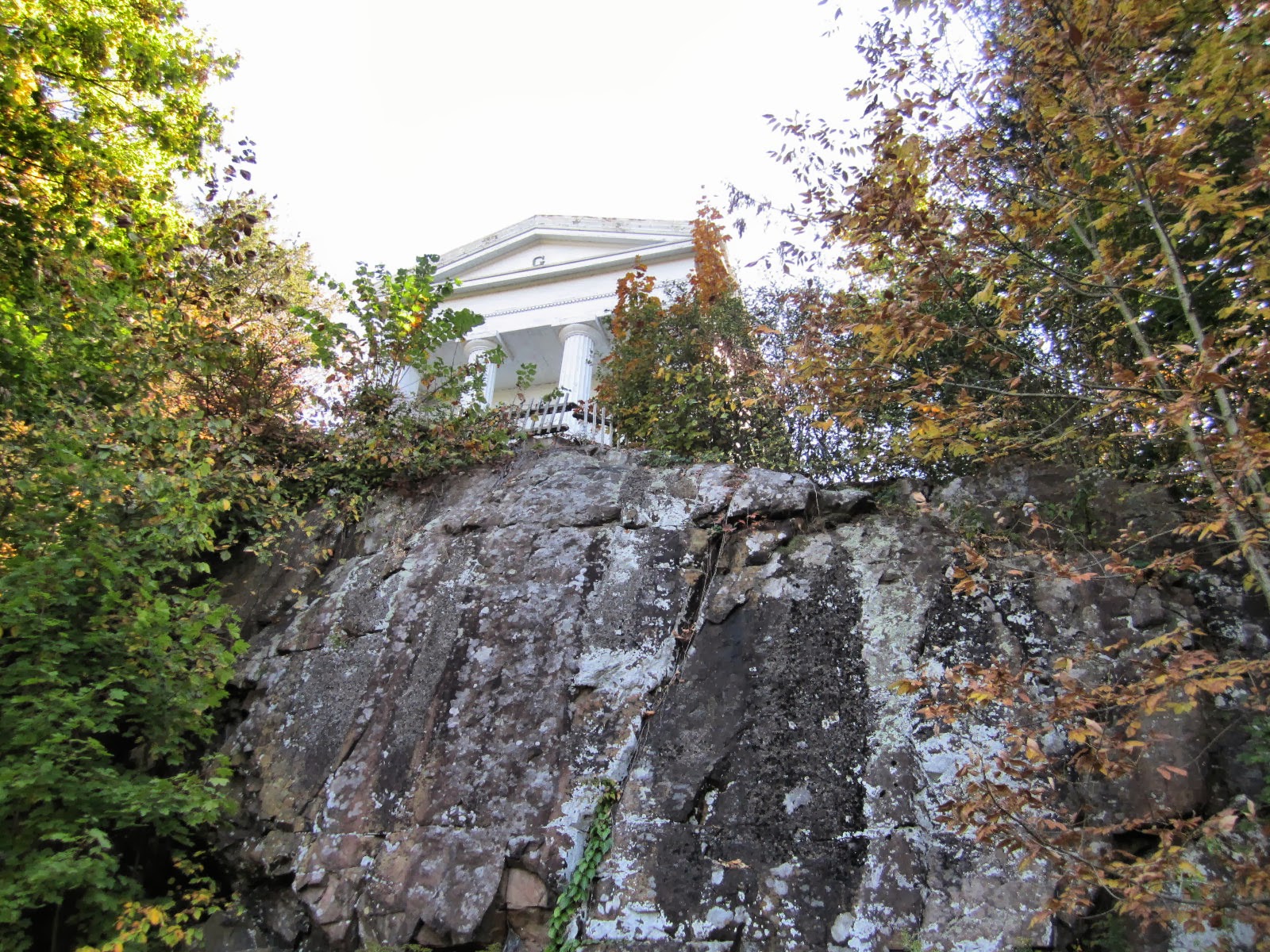 Towering above Route 6 (Main Street) in Woodbury, almost out of sight at the top of a high rock face, is this 1838 Greek Revival building. 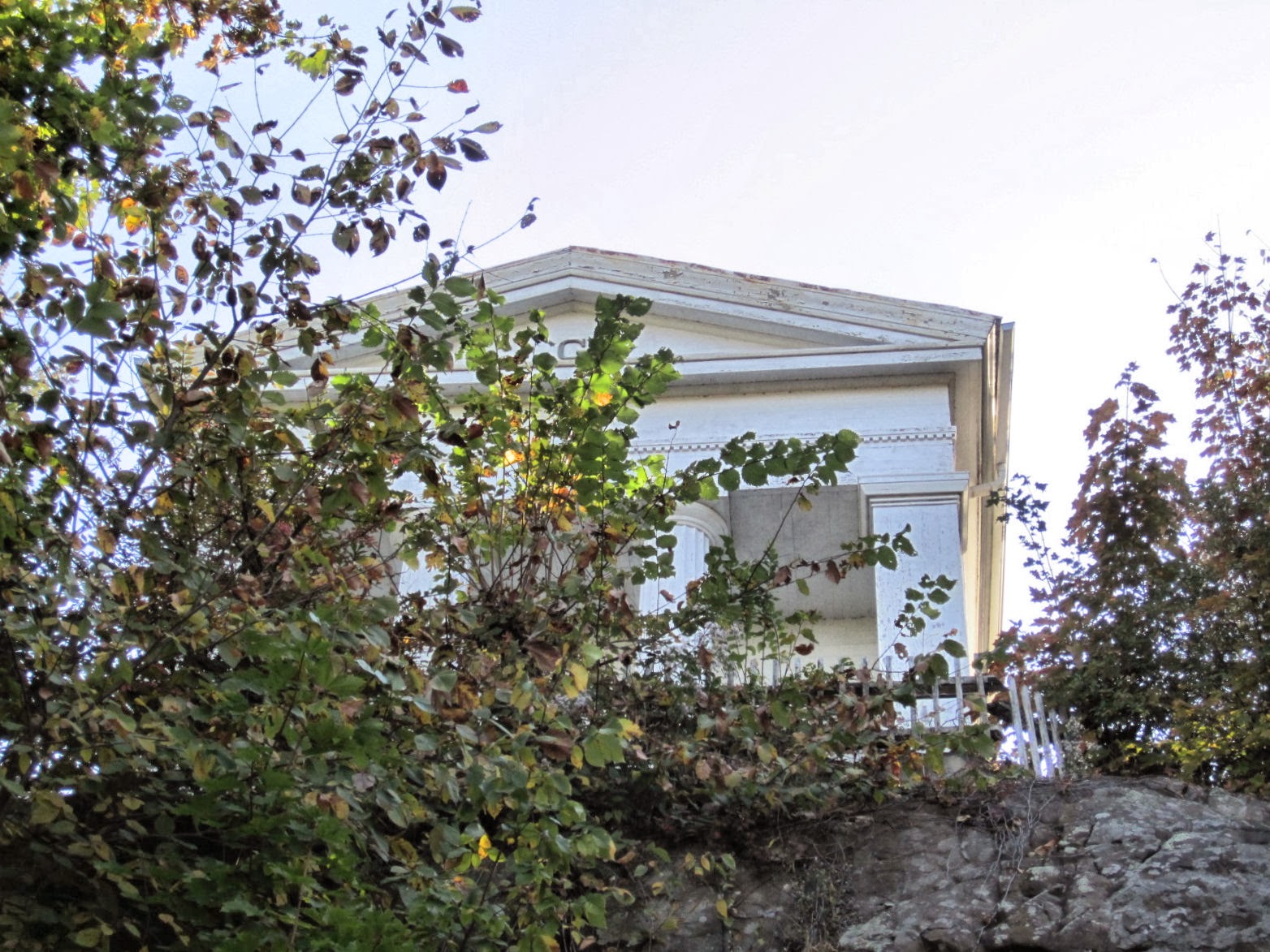 It is difficult to convey in pictures just how odd it is to see this thing for the first time. The building itself is not out of place in Woodbury, on a street where almost every other structure is historic, adorable, or both. And it's not at all unusual in any Connecticut town to find an impressive white edifice - usually that of a church - on the peak of a hill. 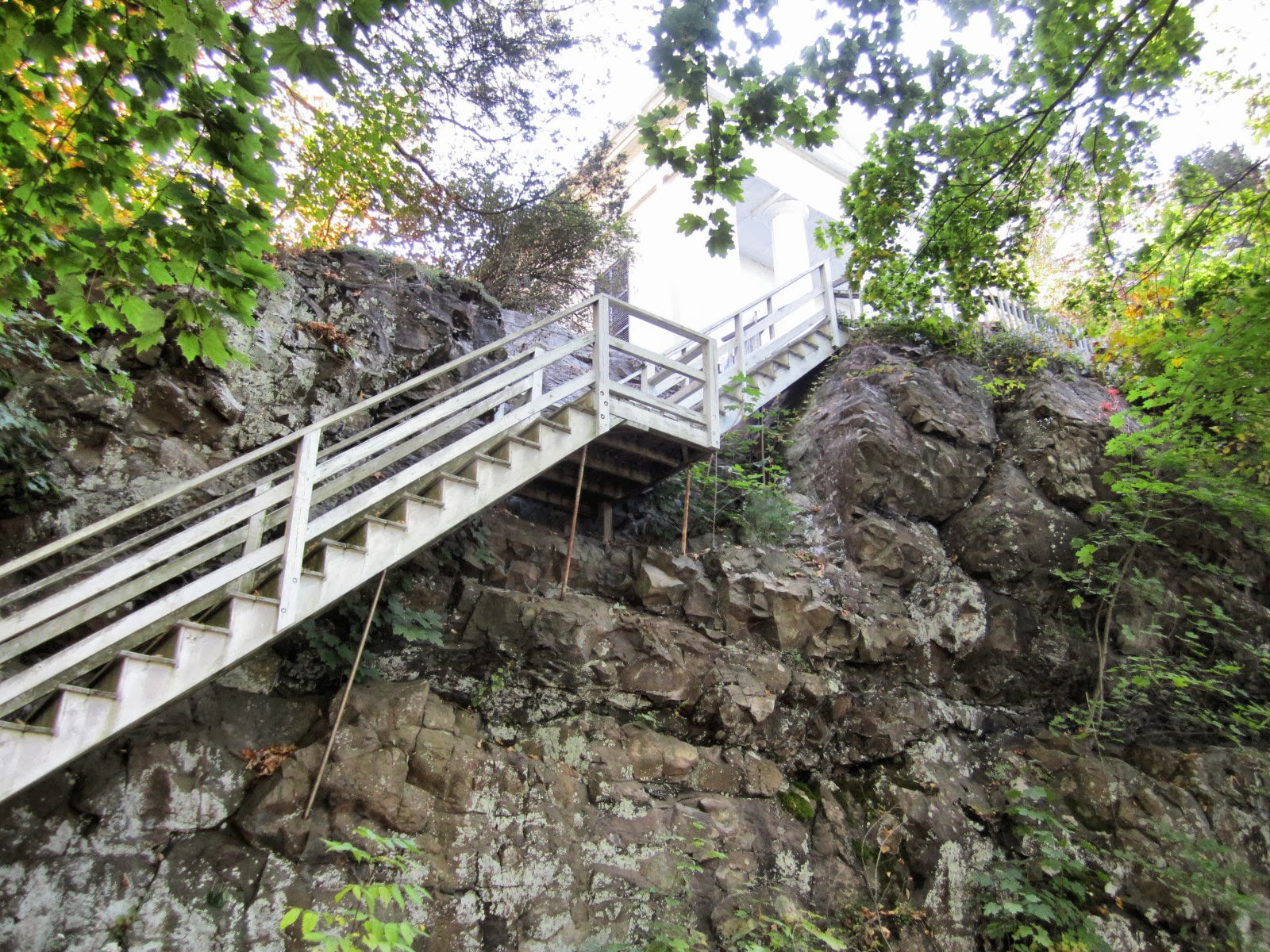 But this building is perched way up on this vertical slab of rock, at the summit of this tiny, rickety staircase, which appears to be held up by little sticks. 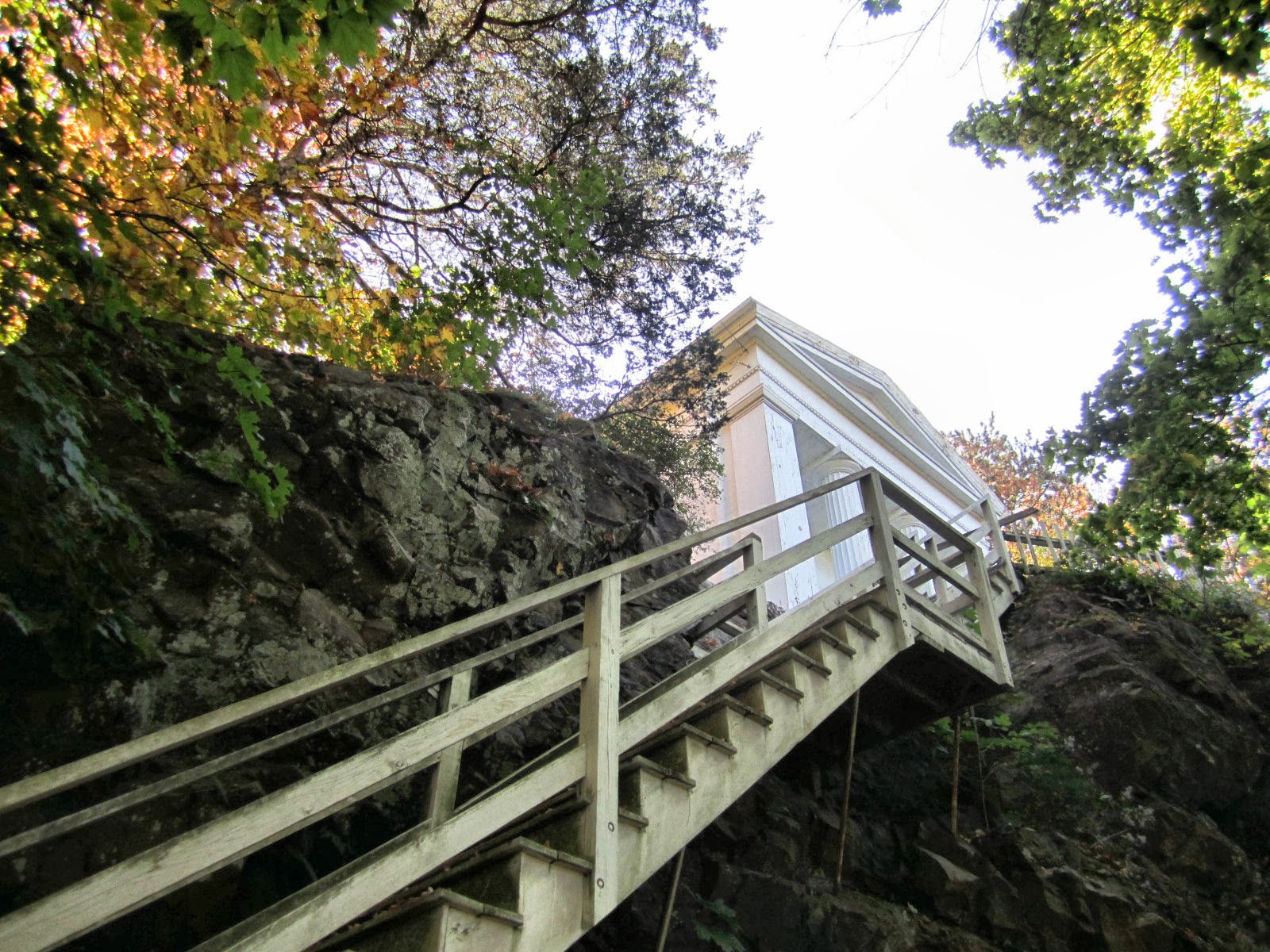 The stairs are not used anymore, and they're blocked off by a warning sign, so you can't climb them. Well, you could, but look at them. Would you want to? 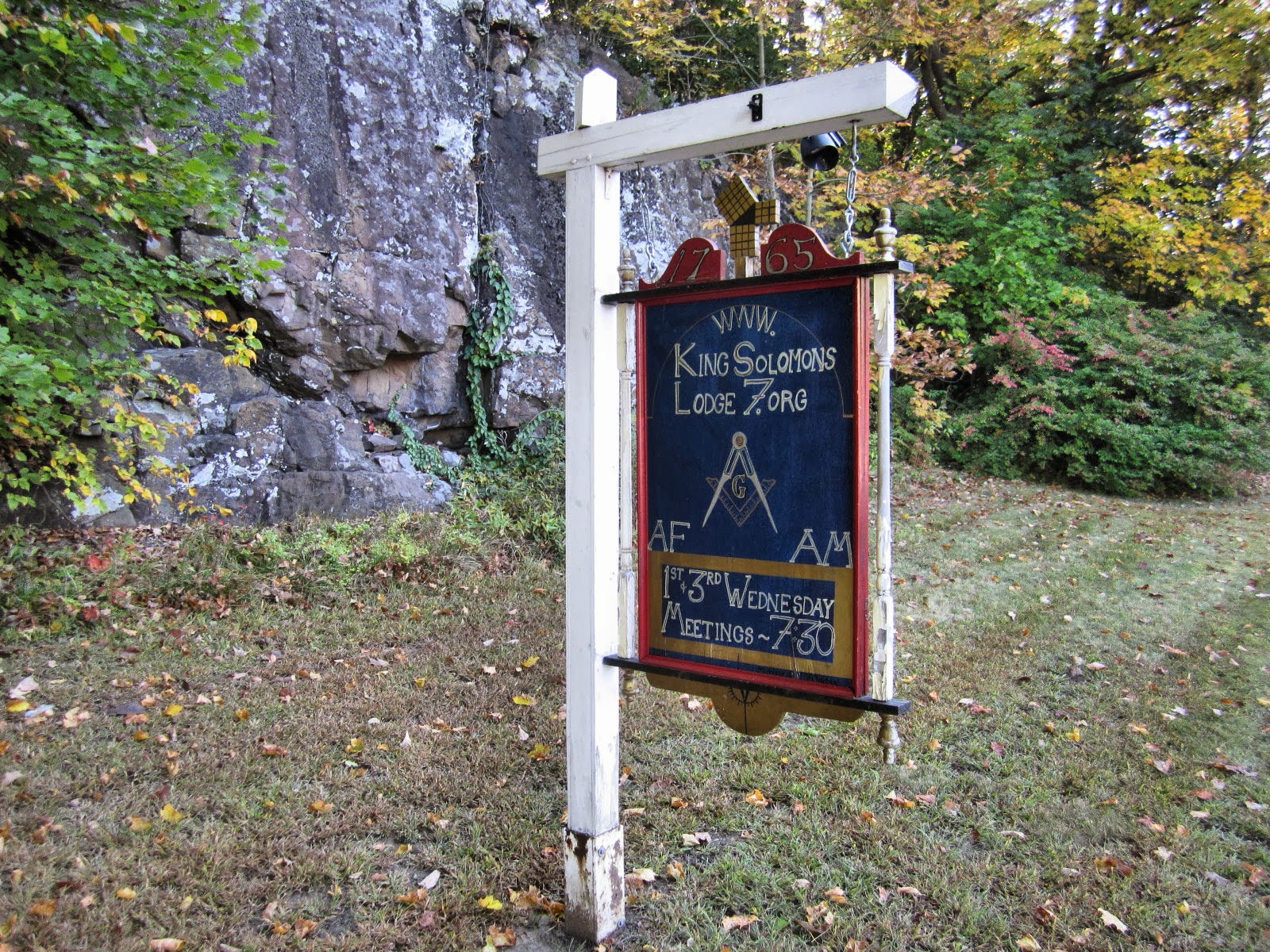 The building is a Masonic Temple, and the story of how it got up there is really rather hilarious. So now if you're on Route 6 and you see this thing and someone says, "What is that?!" you will know.
Posted by Johnna Kaplan at 8:35 AM