It's Been a Good Year For the Leaves 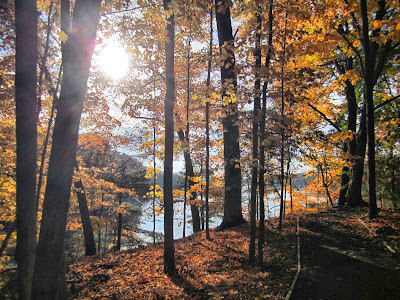 The past few years have not been the greatest for autumn leaves around here. It seems like recent falls have ended almost before they began, or been plagued by storms ripping the leaves prematurely from the trees. 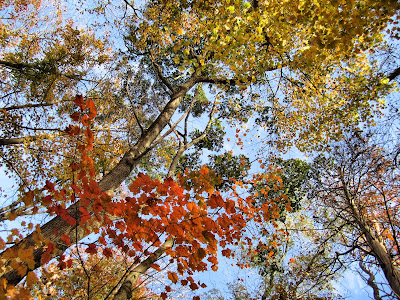 This year, however, has been (so far! knock on wood!) absolutely foliage-tastic. 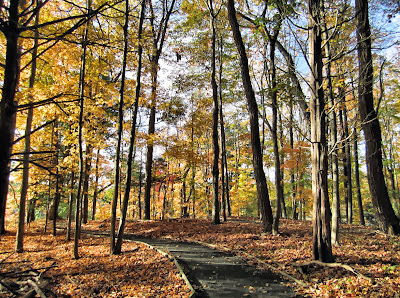 It's mid-October now and though I've heard that we're almost done with this color, I predict we have a few good weeks left, at least in some parts of the state. 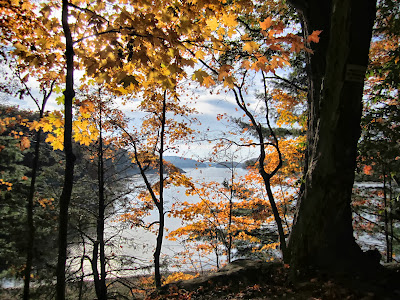 Though some trees have reached the end of their color-changing moment, others are barely getting started. 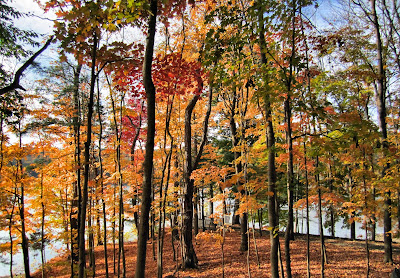 And I hate to jinx it (and look dumb in the process), but I think fall is not over. 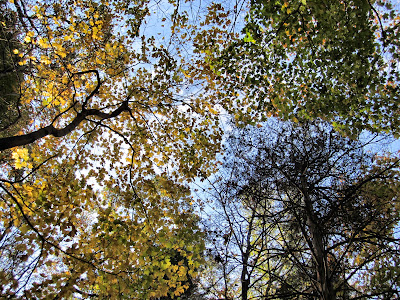 We deserve a nice October in Connecticut for a change. And a nice November and December, too. 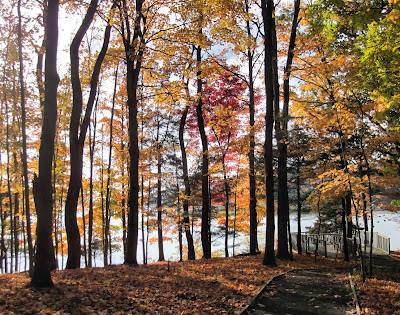 But whether or not this lasts, it's here now, so go outside and ogle it, please! 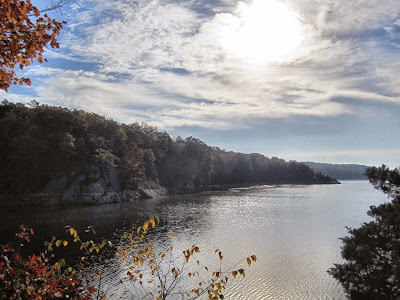 To help you do this, Connecticut's Department of Energy and Environmental Protection has a whole little section of their website that's devoted to fall foliage. There's even a chart. This amuses me far more than it has any right to, but I can't resist a driving route map.

I also have to recommend the Saugatuck Universal Access Trail in Redding, where I took these pictures. It's not much of a trail if you associate that word with long hikes, and that's the point. It's 500 feet long, and it's wide and flat, though there are a few little hills and dips. It's a very easy walk, and you can also use the trail if you're in a wheelchair.

I love that, because shortly after I moved back to Connecticut I ended up injuring both my knees. (One isn't bad enough; apparently the God of Knees wants to laugh at you as well as inconvenience you.) For a long time I could barely walk across a parking lot. Now I'm up to about three miles before one or the other knee starts complaining, and working hard on improving because I miss being able to walk all day. But since then, whenever I go to some stunning and rugged place where the only way in is a dirt path crossed with lumpy tree roots, I feel bad that not everyone can get to be out in the middle of nature. But this is a gorgeous little piece of Connecticut that pretty much anyone can see.
Posted by Johnna Kaplan at 7:20 AM