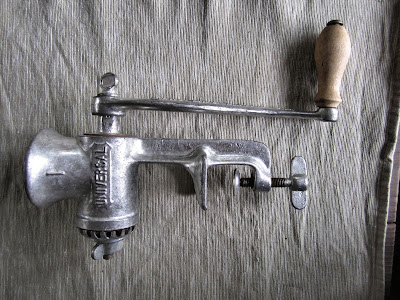 I've noticed for a while now that Connecticut often comes up in contexts where I'm not expecting it. But I'm starting to think it's more than that, and Connecticut is practically inescapable. Take this meat grinder.

I write for the Jewish Daily Forward sometimes, and last week I was working on a piece for them about making gefilte fish for the first time. (Gefilte fish, if you have never had the pleasure misfortune experience of trying it, consists of several kinds of fish ground up and combined with other ingredients to make a sort of little fish dumpling.) To grind my fish I used one of two old grinders that once belonged to my grandmother.

These are serious, very well-made pieces of equipment that work just as well today as they did when my grandmother acquired them over 80 years ago in western Canada, where she moved from Odessa in what is now Ukraine. 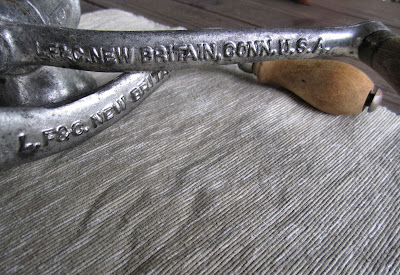 Oh yeah, they were made in New Britain. 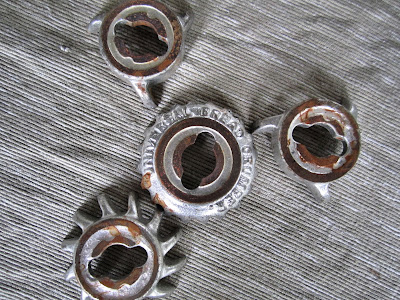 What my grandmother would have thought when she read that place name on her kitchen tools, I can't imagine. 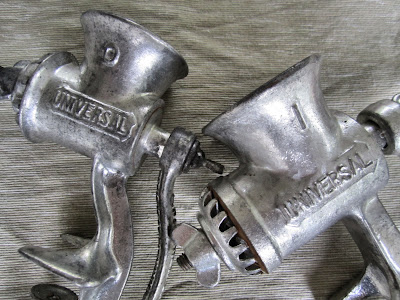 It must have seemed like a distant and incomprehensible land. 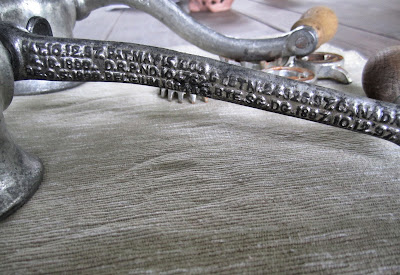 These sort of grinders are not rare - I found a bunch of them for sale on eBay, ranging from about $30 to $40 depending on the size, or possibly the condition. 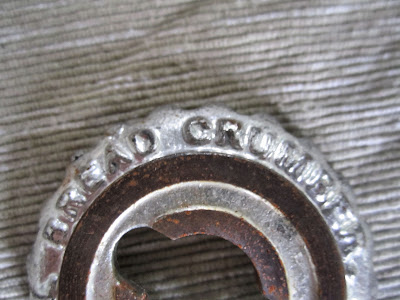 Which indicates that L F & C (that's Landers, Frary, and Clark) made a whole lot of them, and they just never stop working. 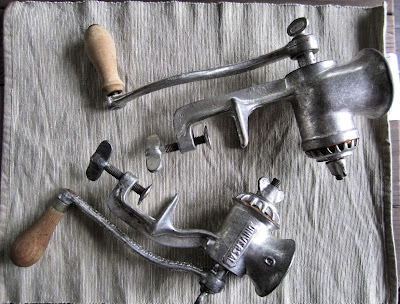 The numerous manufacturers of New Britain, aka Hard Hittin' New Britain, aka the Hardware City, once produced, well, too many things to list. Partial list: levels and bolts and hinges and hooks, ball bearings and coffee pots and cake mixers, vacuum cleaners and buckles and pistols.

Today New Britain has a large Polish population, and is sometimes called New Britski. My friend Steve went there and encountered some residents who really don't like the Jews. Well, sorry/not sorry, racists of New Britain: I used some of the hardware that built your fine city's reputation to make gefilte fish.

On a meta-blogging note, this might be the first time I've categorized a post with the name of a town that I haven't been to. But I do intend to get to New Britain, and the other Hartford-area towns I've neglected so far, soon. And for anyone there thinking of messing with me, heed this warning: I have meat grinders, and they're heavy, and they can be swung around by the handle. Hard Hittin' New Britain, indeed.

Posted by Johnna Kaplan at 7:05 AM