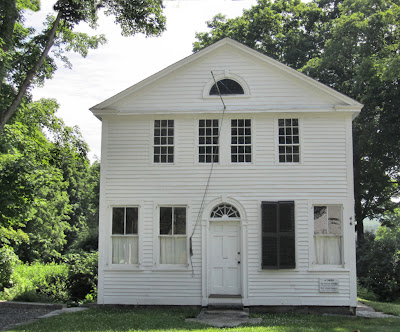 To continue on the theme of Little White Buildings.

I think I might have stumbled across the quietest town in the Quiet Corner. I got out of the car in Chaplin and I heard...nothing. I heard the heat. Does heat make a sound? It does in Chaplin. 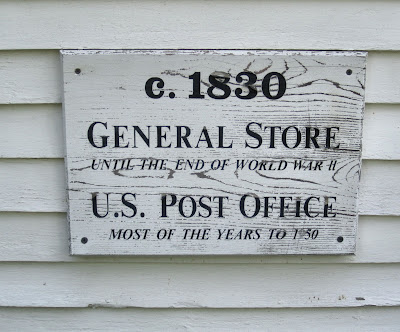 This town hasn't changed much since it was settled around 1815. What changes have been made are so few as to be worth noting on plaques.


The Chaplin Historic District is an entire village built between 1815 and 1840, standing today in complete integrity, free of intrusions...a New England village entirely constructed in a compressed period of time a century and a half ago, and unaltered since that time.

Chaplin is unique because it was created on site where before there had been no settlement, was created complete in a brief span of time, and subsequently has experienced no development or changes. Chaplin provides a unique record of the architecture and community planning of the 1820's and 1830's. 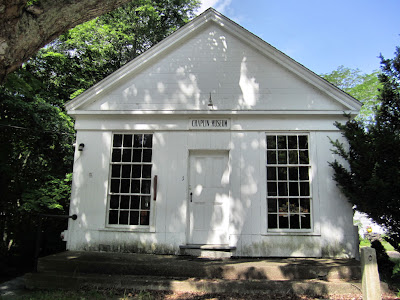 In other words, this is the Chaplin Museum, but you could say the whole town is a museum. 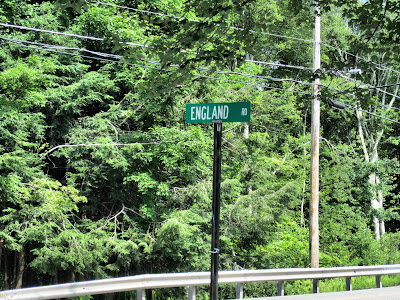 Chaplin was founded for the same reason so many other Connecticut towns were founded:


The impetus for establishment of the Town of Chaplin derived from the hardship entailed in regular Sunday travel to a distant church. To alleviate this problem a wealthy local citizen, Deacon Benjamin Chaplin, who died in 1795, provided in his will for a portion of the money needed to erect a new church, providing it was built within one-half mile of his house.

It's a direct line from those old-time Nutmeggers who didn't want to walk a mile to church, to us building a Walgreens on every other corner. 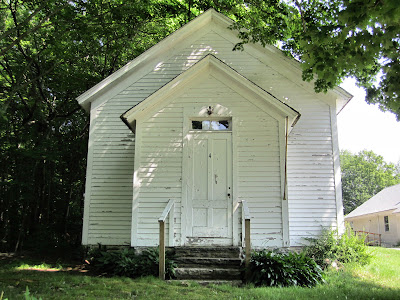 My schoolhouse-dar went off when I saw this building, and I walked over, standing in front of it in the road, as no one drove past and nothing stirred.

I sleep better if the night is full of sirens and train whistles and people yelling in the street below. I naturally distrust cities that are occasionally less than packed. When I find myself alone on a highway for a minute I fear I've somehow missed a nuclear apocalypse. But as I stood there, I thought for just a minute that there could be nothing better than to live in a place so still you could hear the temperature rise.
Posted by Johnna Kaplan at 7:10 AM