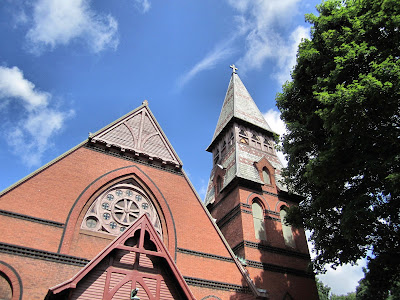 It's been a while since I last posted a Federal Writers' Project tour. I haven't abandoned them; they're some of my favorite posts to write. They just tend to take forever. And I don't always have forever. But something made me check what number tour I'd gotten to, and I found that it was 1C, from New Haven to Naugatuck. That was only 16.5 miles! I could do that in far less time than forever.

The problem is that the route from New Haven to Naugatuck (Routes 67 and 63 in 1938, just Route 63 today) has changed. The Guide speaks of a roadside millstone, a relic of "one of a few stone tanbark mills, powered by oxen, ever used in New England" in New Haven. It describes "pastureland fragrant with sweet fern, juniper, and bayberry." In Bethany, it promises an "aviation field" and a mink farm.

You probably did not need me to drive the 20 minutes, or however long it took, to tell you that those sights are either gone or very well concealed these days.

But when I got to the end, where Route 63 "continues past the factory lined Naugatuck River," I found...Naugatuck! 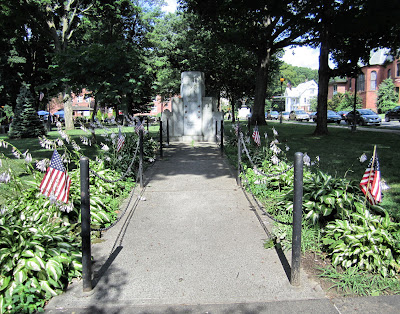 I'd been to Naugatuck more than once before, but I had technically only been through Naugatuck. I'd never stopped to look. 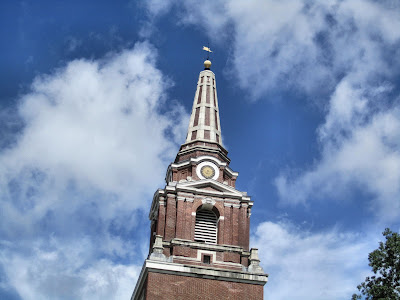 Naugatuck is a consolidated borough and town, Connecticut's only such arrangement. (There are many consolidated city-towns, but it's confusing enough as it is without talking about those.) 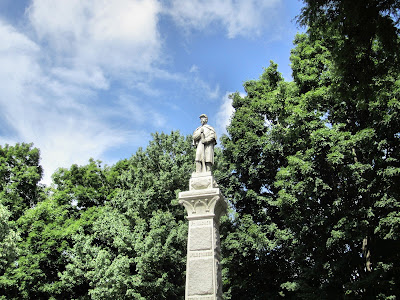 Parts of Naugatuck are reminiscent of other Connecticut municipalities. Green with civil war monument? Check. Heavy red buildings, many of them churches? Check. Evidence of former grandeur funded by the production of decidedly non-glamorous commodities? Check. (Corporate donors to the Naugatuck Historical Society are classified as Button, Chemical, or Rubber level.) 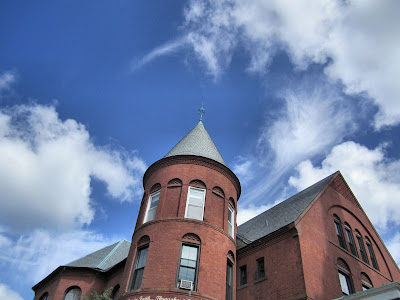 But the way Naugatuck combines all these features is unlike any Connecticut town (or borough, or city) I've seen. (I think there are still a few I haven't been to, but I've been to most.) The way Naugatuck is laid out, and its appearance generally, escapes easy comparisons to other nearby places. I thought it would look like Derby or Waterbury or Danbury or Seymour but it doesn't, exactly. It looks like Naugatuck. 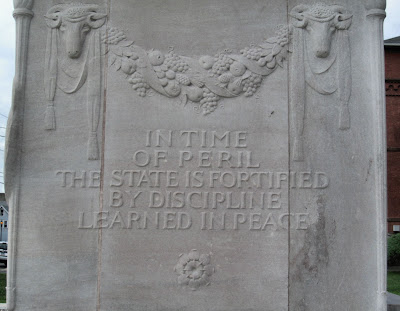 The layout of the streets is unexpected, and the design of everything from buildings to monuments to open space struck me as quite formal, dramatic even. 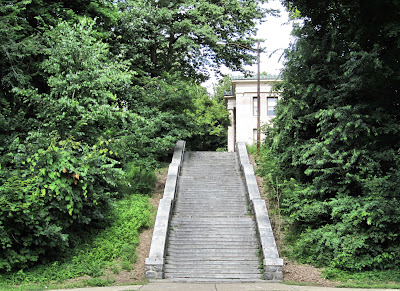 That might have something to do with the hills. These stairs (an unusual enough sight to make me wonder why you don't hear people talking about "those steps in Naugatuck" the way you hear about, say, Newtown's flagpole-in-the-middle-of-the-road) lead from one street at the bottom to another street at the top. 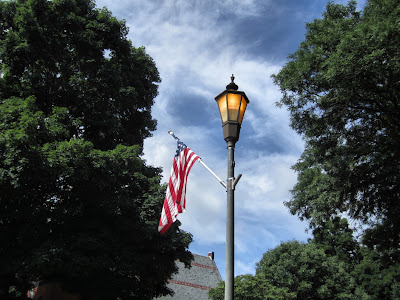 The one at the bottom is Route 63, which I (and the FWP guidebook writers) took to get here from New Haven. It's a steep hill itself, with a Dunkin' Donuts at the trickiest hilly bit. As I struggled in and out of the parking lot I amused myself by imagining John Winthrop going on about about a Dunkin' Donuts Upon a Hill.

Because that sort of thing becomes amusing when you read about Connecticut too much.