Church In the Wild 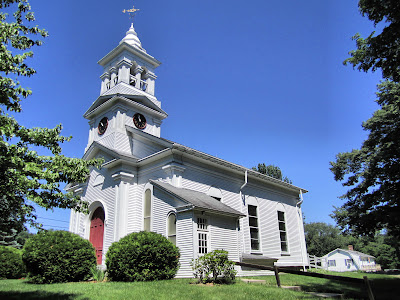 I took these pictures and started writing this post so long ago, that when I finally got back around to it, I forgot I ever started a post about Franklin.

Franklin is a town I've driven through approximately 10,000 times (probably not really that many) and never posted about. Aside from its welcome sign, which has a picture of Benjamin Franklin on it, and the fact that it has a Sodom Road, which makes me laugh even though some other towns have one too, I never thought about it very much.

And then one day I encountered Franklin's website, and it was amazing. First, it had a section on "terrorism and preparedness." Which I love. As the rare American who complains because our airport security isn't stringent enough, I love the fact that someone in Franklin is imagining terrorists somewhere plotting to...well, I don't know what, exactly. Bomb some of Franklin's empty fields, maybe. Or perhaps there's a high value target in Franklin that's top secret.

Then, under "Breaking News," there was a link for the "Get Rid of Your Extra Paint Event."

But best of all was the history section. Many Connecticut town websites have excellent (and long) history pages, but something about Franklin's was special. It starts off, "It is probable that more towns and cities have been named for Benjamin Franklin than for any other person. Franklin, Connecticut is one of them." That's practically Bill Bryson-level amusing. Later it says, "The reader will observe that less has been written about recent history than about the earlier years. Much of this history is so current and ongoing that some future writer will need to evaluate it and bring it up-to-date." And it ends with, "Franklin is a good place to live! REMEMBER: THE TOWN IS YOU! THE STATE IS YOU! THE NATION IS YOU!" Which is sort of genius.

If you read the history section, you'll learn that Franklin, "like Rome," was built on seven hills. The hills had names, like Hearthstone, Meetinghouse, and Pleasure. The church in these pictures is on one of the seven hills, and it "is the fourth to stand there, but in different locations." Ah. 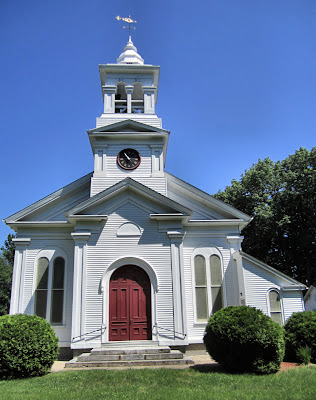 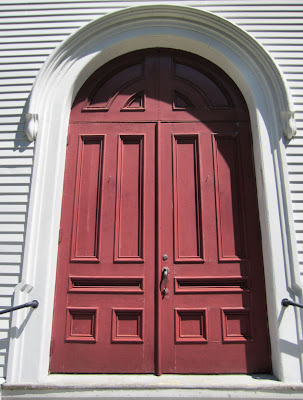 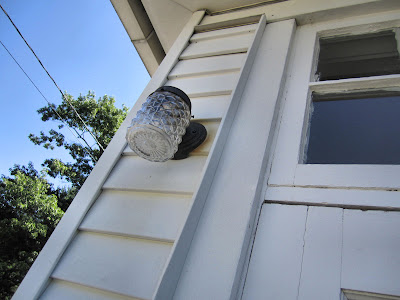 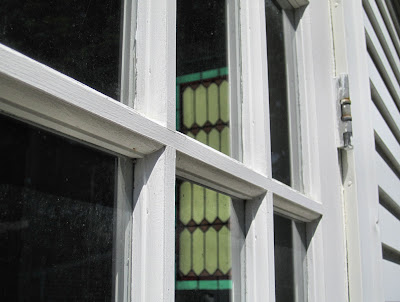 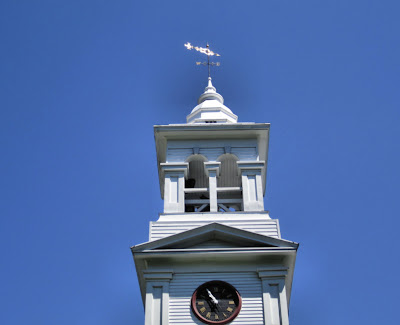 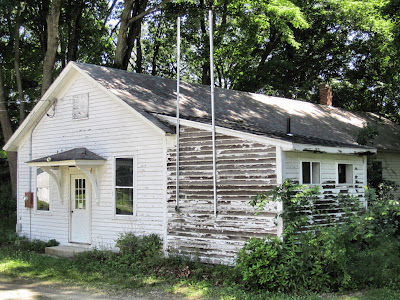 Posted by Johnna Kaplan at 7:55 AM