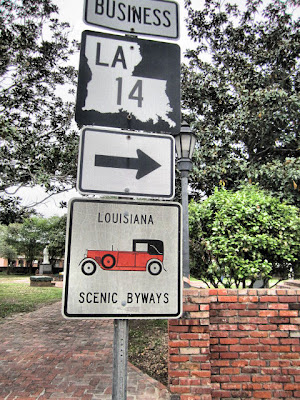 Earlier I posted about my trip to Louisiana. The result of that trip is this piece I wrote for the Forward. It's about a man named Abrom Kaplan (no relation) who came to America with nothing at the age of 15 in 1887 and ended up becoming a major force in the development of southwestern Louisiana. And oh yeah, there's a town there named after him.

But I'm posting this here because Kaplan's story - like so many stories once you start looking into them - has a Connecticut connection.

As I write in the piece:


...Kaplan acquired a stock of trinkets and household items. He peddled them on the east end of the Brooklyn Bridge, then he traveled north and sold his wares along the back roads of Connecticut.

During my research on this period in Kaplan's life, I came across a line (written by a Louisianan) that made me smile: “The harsh winters of Connecticut were not kind to foot peddlers.”

But in the 1930s, when Abrom Kaplan recalled his first weeks in America in an interview, he said only, "I took my pack on my back and started peddling in Connecticut, out in the country. I would often walk from Bridgeport to Danbury, 24 miles, in one day. Everyone was very kind to me."

Oh, and there's one other maybe Connecticut-related tidbit in this story. After his countryside peddling stint, Abrom Kaplan returned to New York and attempted a few other entry-level jobs, with little success. One of these jobs was wrapping cigars. Kaplan was fired by every cigar-maker in the city after one day, because when wrapping his cigars, he refused to sacrifice quality for speed. I don't know if Connecticut shade tobacco was routinely used for cigar wrappers then, as it is today, although the crop was being farmed here in the late 1800s. So I don't know if Abrom Kaplan was working with Connecticut leaves. But I like to think he was.


(If you're so inclined you can listen to the Forward podcast in which I talk about the piece here.)

(My pictures of Kaplan, and elsewhere in LA, are on Flickr here.)
Posted by Johnna Kaplan at 7:30 AM