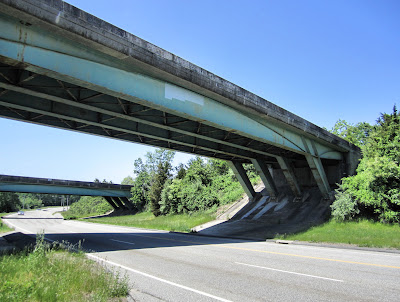 Route 11 is an odd little half-highway connecting Colchester and Salem. It's only 7.6 miles long, but it seems longer, because when you're on it - especially if you're coming from more populated central Connecticut - it seems like you're being led deep into the wilderness. Also, when you're on it there's a good chance you'll be the only person on it. And then it ends, just like that, abruptly depositing you by these ghostly overpasses somewhere between Witch Meadow and Devil's Hopyard, and you wonder what the heck just happened.

Originally, there were supposed to be 8.5 or so more miles of Route 11, which would take it over these overpasses and all the way down to I-95 in Waterford. (This would allow you to skip Route 85, which is slower, but far less of a solitary experience than Route 11.) But that plan was abandoned in the early 1990s. Recently, though, there has been some discussion of finally completing the project, or at least discussing completing it some more.

Until that happens, Route 11 will continue to spit drivers out in the middle of Salem. Which is hardly the worst place to be spat out. Right there at the final off-ramp, you can find Panfili's, a farm stand with produce and pie and a fabulously wacky collection of...lawn stuff. 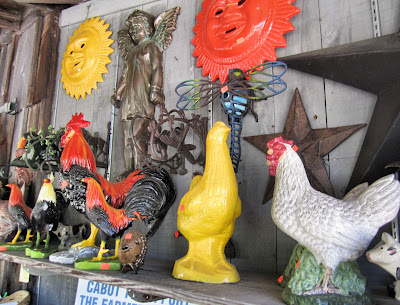 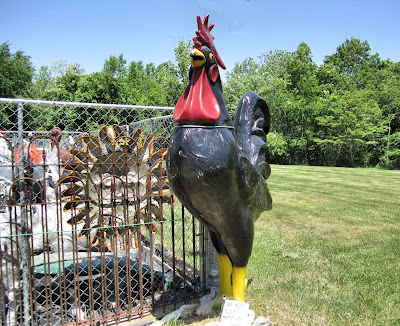 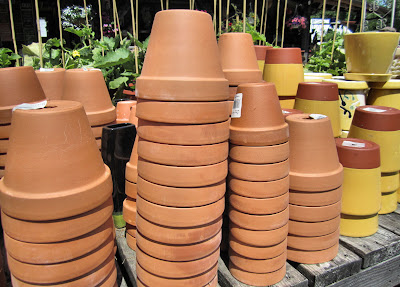 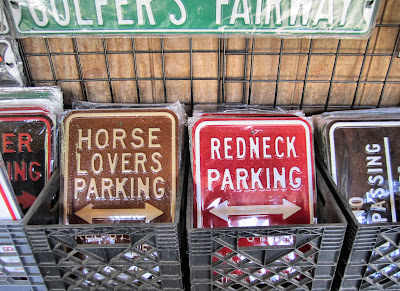 And reminders that, contrary to popular belief, Connecticut also contains the rest of Connecticut. 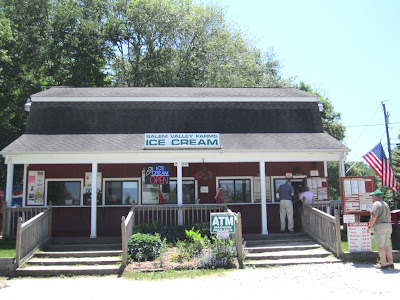 And then, just a few seconds away, is Salem Valley Farms. 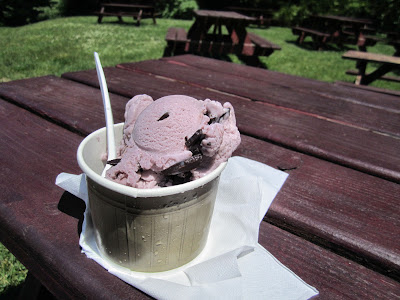 I don't know why every ice cream place in Connecticut makes this exact same black-raspberry-with-ginormous-chocolate-chips flavor of frozen yogurt, but I'm not complaining about it.
Posted by Johnna Kaplan at 8:00 AM