In the Land of Water Towers 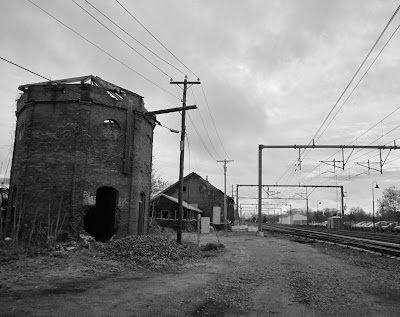 Turns out this previous post did not entirely cover the topic of the abandoned water towers of Guilford. This one is right by the train station. 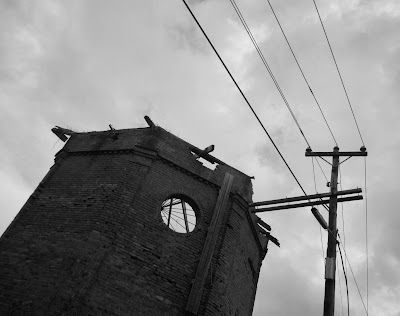 It once provided water for steam-driven locomotives, and is thought to be the only similar tower left in the state and one of only a few in the country. (Most such water towers were made of wood.) 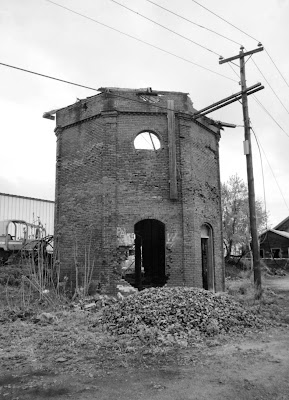 I imagine that if you commuted regularly from this station, you'd either stare right at this thing without really seeing it, or consider it an eyesore. At least that's what I would probably think if it was near the suburban station I grew up using. (Though nothing this interesting is near there. That town must have had a P & Z meeting in the '70s where they voted to tear down any structure that might ever make anyone think about, well, anything.) 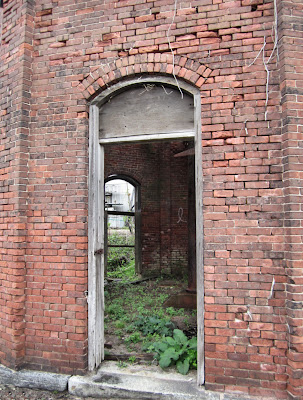 As recently as a year ago, there were big plans for Guilford's tower. It could someday be a tourist information center, which would be a nice use for it. (My first thought was to turn it into Connecticut's smallest octagonal cafe.) Whatever is ultimately done with it, I hope it stays standing. And possibly incorporates a floor made of vegetation.
Posted by Johnna Kaplan at 7:20 AM