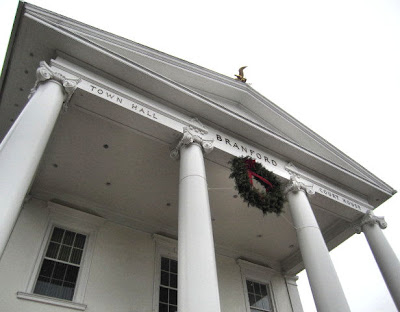 As I struggled to come up with an accurate description of downtown Branford (beyond the fact that Route 1 does not bisect it) a conversation from many years ago popped into my head. A few people from a group of 20 or 30 actors and acting students who had been thrown together for several months were discussing whether everyone in the group was weird (the obvious assumption) or whether there were in fact one or two normal people hidden in our midst. A few names were proffered as possible normals, people who evidence suggested might be average and uncomplicated in all ways. But the guy leading the conversation said, "No way. Not them. People who seem normal are never normal." 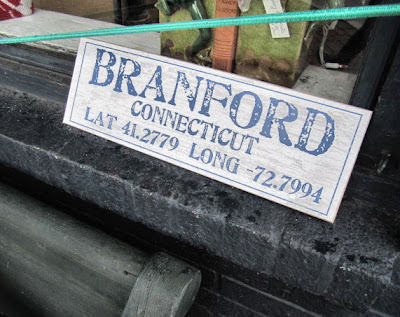 Branford (population ~28,000, located on the Sound a bit west of the state's mid-point, home of Thimble Island cruises and Mika Brzezinski) seems pretty normal. If someone averaged all Connecticut towns by factors like income, size, population, and some sort of 1-5 scale from "unremarkable" to "painfully cute" and another from "hard-scrabble" to "Jeeves, did you polish the lawn jockey?" it would not surprise me to learn that the result came fairly close to Branford. (Note to self: do this someday. Use Excel.) 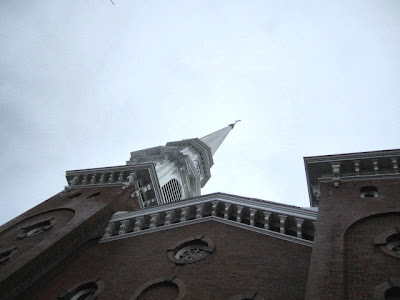 There's a large town green with war memorials and a selection of churches, a historic library building and an attractive Main Street where quasi-chi-chi boutiques and the kind of old-fashioned small-town shops you think have all gone out of business manage to co-exist. 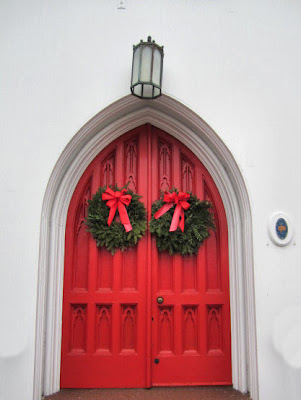 It's quite pretty in parts but not overwhelmingly pretty. It's nice, but not "they're about to kick me out" nice. It was once a resort community. In another phase of its past it manufactured malleable iron fittings (the story of which is more interesting than the phrase "malleable iron fittings" might suggest) among other things. The town has a historic feel, but it's not as if it's clinging to the day when it was purchased from the Mattabesec Indians for "eleven coats of trucking cloth and one coat of English." It's modern suburban American, tech companies and restaurants and quirky antique stores. 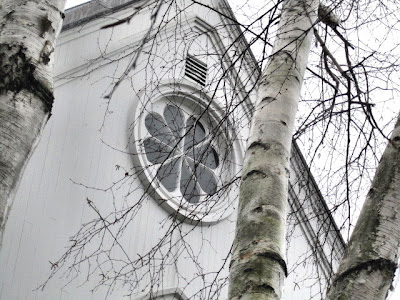 And little round church windows. 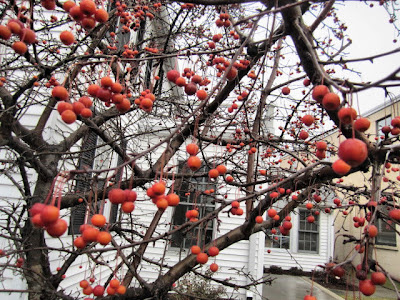 I haven't been to all of Branford's (numerous) sections and neighborhoods. I'm mostly thinking of Branford Center as I write all this. I might see the town differently if I ever get around to exploring more of it. But for now? Way too normal-looking to be normal.

Posted by Johnna Kaplan at 8:50 AM