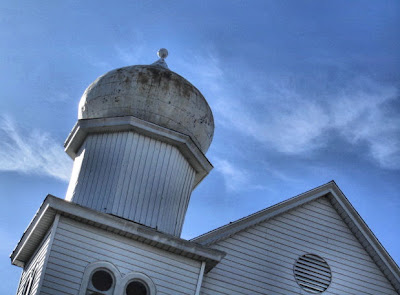 It isn't that Connecticut never disappoints. Sometimes it does. Example: I went to see the new SoNo Marketplace, a sort of indoor street fair with a gorgeous website and a fervent belief in its own European-ness, and...eh. The market itself was alright, aside from not really being in SoNo. (South Norwalk, yes, technically. SoNo, as in, can I walk there from Caffeine? Haha, no.)

I'm sure if it had not been advertised at all and I'd simply stumbled across it, I would have thought it a neat find. If I had lots of extra cash, I bet it would be a nice place to shop for little gifts. And it's certainly a good thing for the vendors, who can presumably rent a stall for much less than they could ever hope to rent a storefront.

But I'm not rich, and I'm not a hipster. And this place is all about rich hipsters who want to say they braved the construction-site-slash-semi-industrial-zone with the confusing entrance near the Transit District building in order to buy a trendy pickle and a hand-made soap you could probably eat. And if I was ever into that kind of thing, I got over it about 20 years ago. (Meaning 16-year-olds will loooove this place.)

BUT. But but but. On the way there I passed the building above. I thought it might be a Russian Orthodox church. But the sign in front said Canaan Institutional Baptist Church. I don't associate Baptists with onion domes, so I looked it up, and found it was originally a synagogue, built in 1906. It's the only Moorish Revival* shul in Connecticut, as it happens. And it's just chillin' there in Norwalk, with its onion domes. Not trying, as SoNo is wont to do. Simply sitting there.

So Connecticut does disappoint, but then - always, so far - it gives you something else to make up for it.

*And just look at some other, slightly earlier Moorish Revival synagogues to see how totally Connecticut-ized this one is.

Happy Hanukkah!
Posted by Johnna Kaplan at 8:50 AM