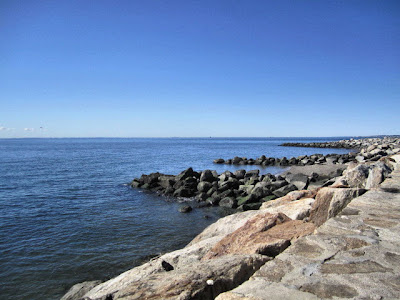 This is the view from the Point No Point walkway at Point No Point, in Stratford. To be honest I only came here because I wanted there to be a sign that said "Point No Point," because that just struck me as existentially hilarious. But there was no sign. 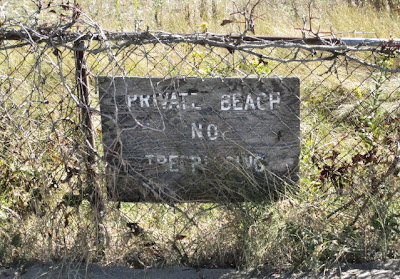 Well, there were signs. There was this one, for instance, and there was one I'm mad at myself for not taking a picture of, that said, "NO AN  ALS ON THE  EACH." 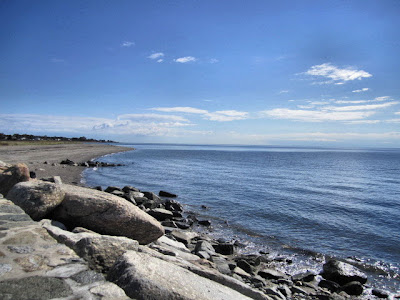 But there was no acknowledgement of what this odd little place - a truncated strip of public beach with a stone wall and a sidewalk and a parking area between two more restricted pieces of coast - was called. 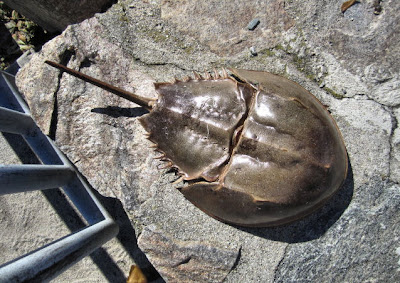 The Stratford Point Light, painted in wide red and white stripes - the most toy-like and cheerful of lighthouse designs - is visible from here, at a disappointing distance. 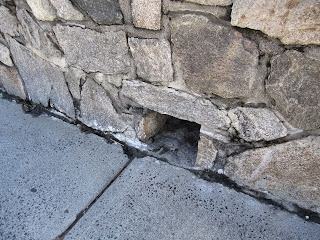 The seawall is punctuated with these small open squares, perhaps to let water though? (Or perhaps to provide hiding spaces for official documents now that the Charter Oak is gone?) 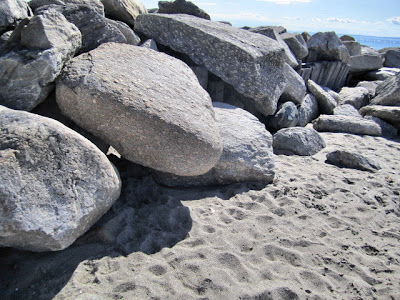 As I walked past these massive boulders, overwhelming a small wooden fence, I thought absently to myself, "Hmm. Glaciers." That's the thing about Connecticut, about getting to know it. Before the half-formed question in your mind even poses itself, you answer it with thing like "glaciers." There are a few such go-tos for Connecticut questions. Glaciers. John Mason. The General Court. They mostly explain everything. But why is this called Point No Point? Who knows. And maybe that is the way it should be.

Update:  Point No Point (or Point-No-Point, if you prefer hyphens) was once a common way to refer to a point of land shorter than its two surrounding points. (According to...someone in Canada.) By way of Steve of Connecticut Museum Quest, who beat me to it by four years!

Posted by Johnna Kaplan at 7:21 AM