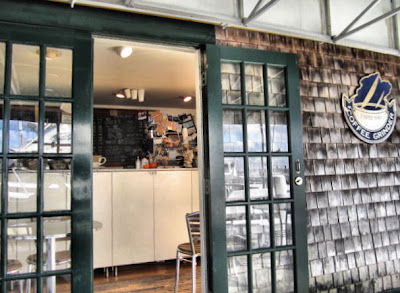 I've written about places I've been that managed to fall through the cracks of this blog. I didn't realize one of them was Newport, RI. Maybe it never made the blog because it isn't in Connecticut, though I do have a category called Not Connecticut. Or maybe I thought I blogged about it because I took pictures of it? A few of those are here. 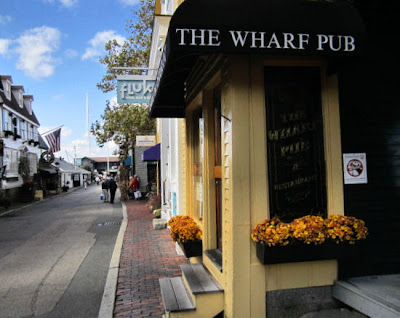 In any case, I went to Newport yesterday for the I-don't-remember-th time and met my Aunt, who came down from Canada on a cruise ship and had one day to explore the island city. We sat by the water and had coffee and walked around a few of the wharves. 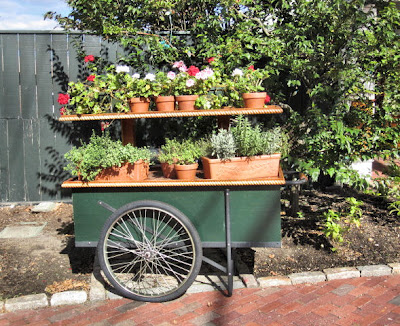 And I remembered why I like Newport so much.

But, because I arrived early, I had time to go check out something I'd never gotten around to seeing before. Something so weird it would fit right in in Connecticut... 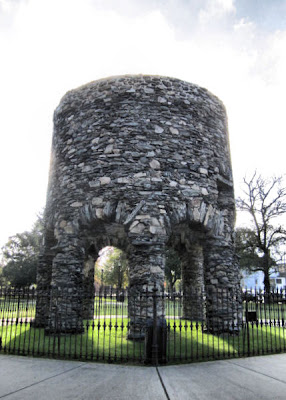 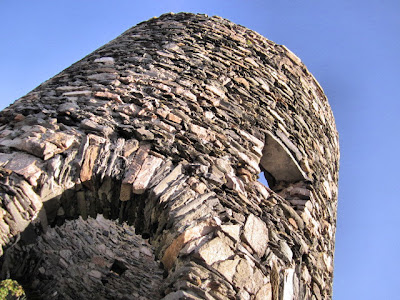 Which is supposed to have been a 17th century mill, and stands in Touro Park (fittingly on Mill Street.) 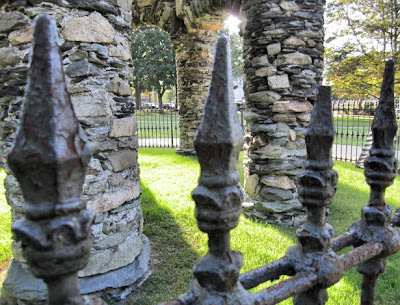 But there's something mysterious about this structure, and not just because it's gaurded by a gate. 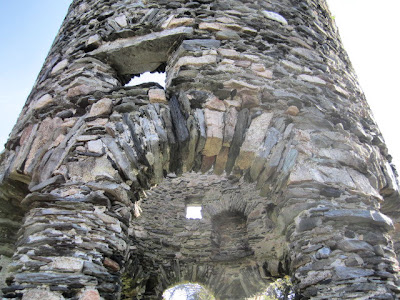 It's called the Newport Tower or Old Stone Mill, because early Colonial documents mention a stone wind mill in the vicinity. But enough of Occam and his boring razor, right? Some people see it as "evidence of pre-Columbian trans-oceanic contact." 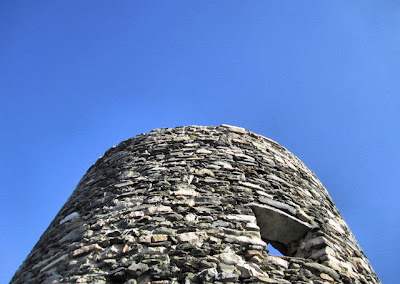 I don't know. It doesn't particularly look like a mill to me, standing there on its elephant legs. Then again it doesn't look like anything exciting enough to write whole pages about (with the promise of more pages for just $2.99.) Personally I think it looks more like Castle Craig or the thing on top of Haystack Mountain. But those are in Connecticut. No doubt in Rhode Island, things are done differently.

Posted by Johnna Kaplan at 8:05 AM