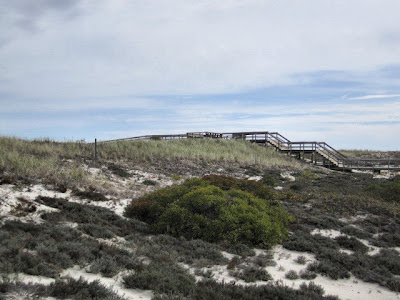 As long as I'm talking about Ipswich. This is Crane Beach on the Crane Estate, quite close to the orchard in Wednesday's post. The beach has trails and dunes and rippled sands where little rivulets of Atlantic Ocean water create channels and trenches and bluffs. 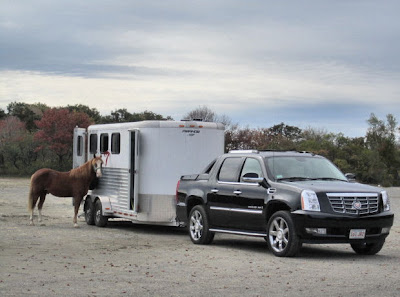 Oh, and there are horses. 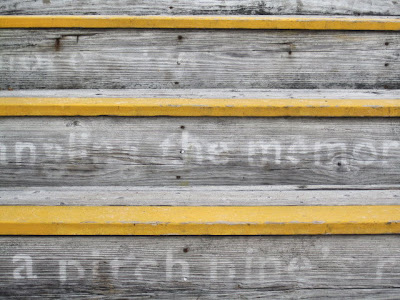 And stairs with little poems (phrases? stories? inspirational quotes?) on them. 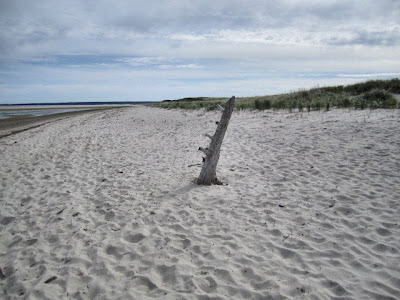 Having spent so much time on Connecticut beaches lately, I'd gotten used to their signature curve of sand against the Sound. Being back on a different coast with beaches of a different shape was somewhat disorienting. I wondered where the beach ended - was it off in the distance there, or was that just an illusion? Was there more beach beyond, hiding out of sight? After a while I stopped trying to guess. 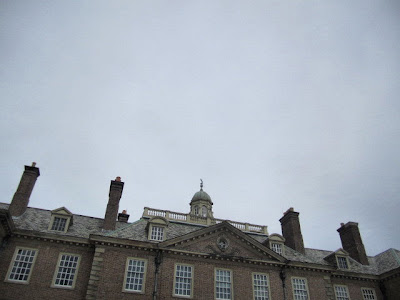 Next to Crane Beach, sternly watching over it from a lofty perch on Castle Hill, is the 1928 Great House, summer residence of Richard T. Crane, Jr. (Which is to say this vast property was not named after long-necked birds.) Castle Hill joins Fishers Island in the category of "very valuable real estate once owned by John Winthrop Jr." Honestly, had I remembered that Winthrop founded Ipswich as well as New London, I probably would have paid more attention to Ipswich. And had I known that Crane Co. - the Chicago company Richard T. inherited from his father, giving him enough money to build this little seasonal diversion - was now based in Stamford, I would have...I don't know what, exactly. Felt some sort of Connecticut pride, I suppose.

From the front, the house is a little dreary. It's heavy and cold and looks like any other way too large summer home built by people who had more money than they knew what to do with. (Though they obviously knew much better what to do with it than people who have too much money these days.) But the front is fooling you, like a ball gown that's staid and forgettable face-to-face, until the wearer turns around and you discover the gown is extremely low cut with an elaborate bustle. 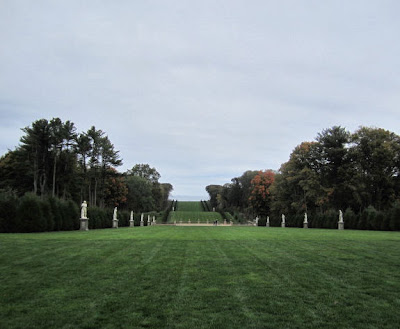 Or, in landscaping terms, a "Grand Allee," lined with classically-inspired statuary that gently rolls its way towards the distant ocean. 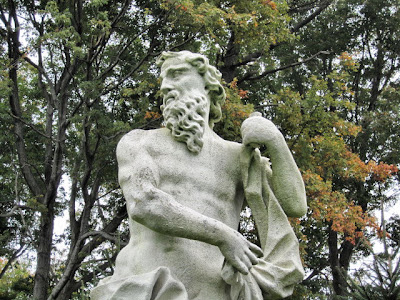 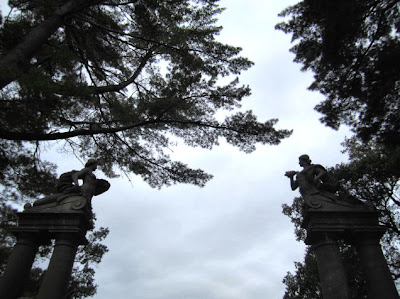 There are griffins in the back, too, which I would describe as life-sized except, well. And hidden little areas of show-offy, European-style outdoor grandeur. This gate stands at the entry to the formal Italian Garden.

This is, by the way, the second house the Cranes built on this hill. The first one was torn down after ten years because Mrs. Crane didn't like it. But now, the likes of me can traipse through her garden. So that's something.

A little travel note: Ipswich is very well laid out for lazy visitors. The Crane Estate, Russell Orchards, and everything else you'd probably want to see are all situated close together with obvious signs pointing the way. It's almost like John Winthrop Jr., and the little group of settlers he brought with him when he first sailed up in his shallop (no, spell-check, not in his shallot) had thought of this.

Posted by Johnna Kaplan at 8:18 AM