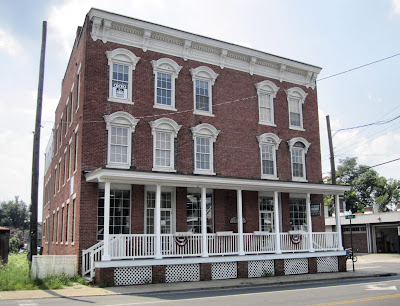 You know what I hate? When I remember a great punch-line but forget the story that preceded it. Because then I have to find a way to use the line anyway, which requires more effort than simply telling the dang story. That said, a good friend of mine lived in Milford for a while. First she lived in a slightly crumbling house, and then in an apartment above a "massage parlor." The "masseuses" used to sit in the back parking lot cooking food and glare at me when I went up to ring the bell. Milford, at that time, was in the beginning stages of becoming Fairfield-County-ized by an overflow of commuters pushing ever farther from New York, and parts of it were fairly upscale. But the rest of it was just a little...off. There was the endless Post Road strip with horrendous traffic, and it was difficult to get from one part of town to another, and there was just a vague depressing weirdness to it. There was this dude who owned a pet goat, and occasionally as you drove past his house you'd see it peeking out through the living room curtain, and that was about as entertaining as it got.

As some guy, in the story I have long forgotten, opined to someone else who then repeated it to my friend: "It's hard to be fabulous in Milford." 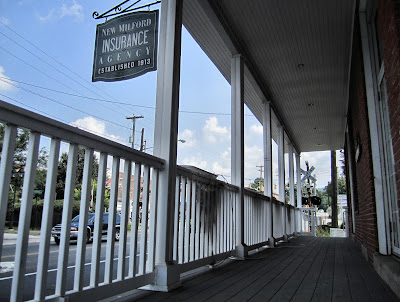 New Milford, on the other hand, is fabulous. Perhaps not in the way the guy in the story intended, (every time I say "It's hard to be fabulous in Milford" to myself in my head, I picture him as magnificently, flamboyantly gay, which I hope is really a part of the story and not a figment of my imagination) but fabulous nonetheless. 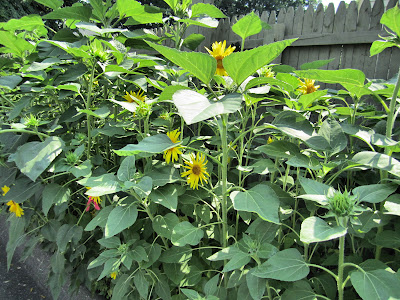 New Milford, according to a history of the town I found somewhere, "was purchased of the colony of Connecticut by a company of individuals, chiefly belonging to Milford, in this state: hence the name is received, New Milford." Which is nice to know because it isn't necessarily always that simple. While I'm on trivia, in terms of area New Milford is Connecticut's largest town. 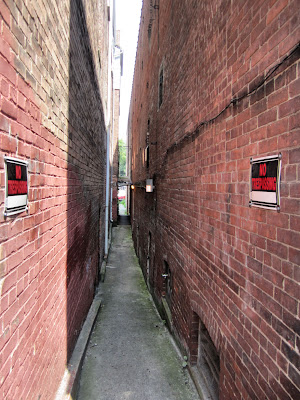 It's in Litchfield County, which I've been trying to post about more lately, and it has all those rural-meets-posh elements. But it also has something else. 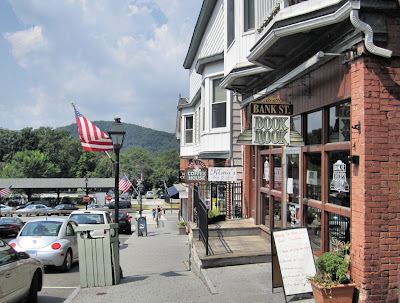 The whole time I was there I kept forgetting which part of the state - or possibly the county - I was in. Which is the best feeling ever for someone who gets bored of places easily. Finding something that's familiar in a million ways but also new! is really, well, it makes me use exclamation points in the middle of sentences and not even care. 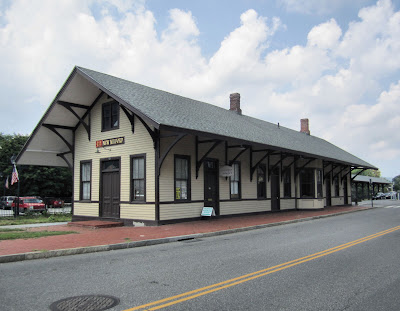 New Milford's old Housatonic* Railroad Station was once a stop on the Housatonic - later the New York, New Haven and Hartford - Railroad.

*Spell-check thinks this should be "catatonic." (Quinnipiac = quinquennial; Shetucket = Sheetrock; Quinebaug = quinine; Oxoboxo = boombox; I could do this all day.) This is a "wine boutique" right next to the station, with an affiliated hot-dog stand located in a caboose. Because...why not, right? 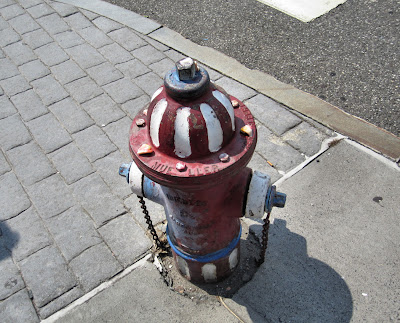 I don't know why every municipality doesn't paint their fire hydrants in a decorative manner like this. 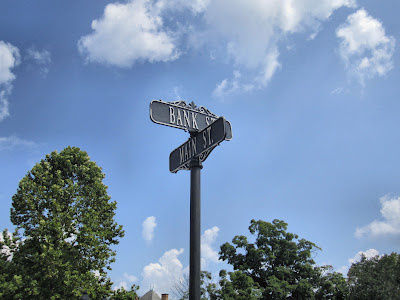 When I first drove through New Milford I caught a glimpse of the row of buildings across from the station, which now houses the Chamber of Commerce, and assumed that, like in many towns, that one adorable block was the extent of it. 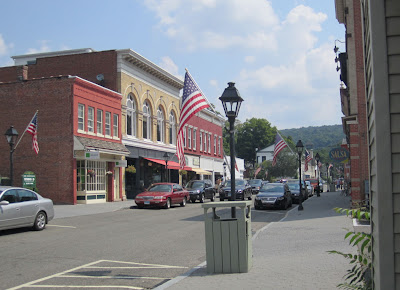 But the block continued, leading to more blocks, and then there was a corner and an incline as the bank climbed up from the river and further blocks of pure American adorableness, like a page from a travel magazine photo shoot, spread out above me. 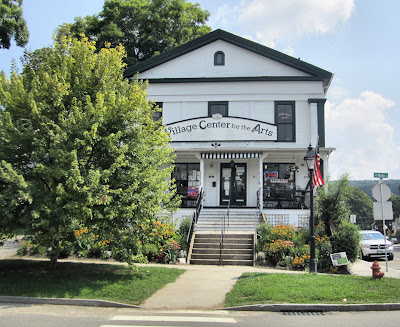 And then I reached the Green, a narrow segmented rectangle with a gazebo and monuments. It wasn't Guilford, with that enormous perfect square, yet it was every bit as perfectly New England, and more broadly American at the same time, spacious and optimistic somehow, if all that meaning could be ascribed to a strip of green grass. And it had a tank on it, which I should have known wasn't just a Plainfield thing. 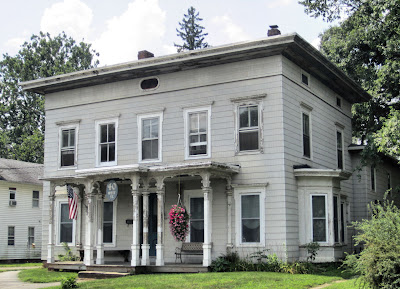 The history of New Milford is one of tobacco farming, factories, New Yorkers' dream houses, and Roger Sherman. For now, at least, much of it is retained in a mix of preservation, shabby-chic aesthetics, and that haze of memory that simply hangs over a place, heavy and sweet, and refuses to blow away. 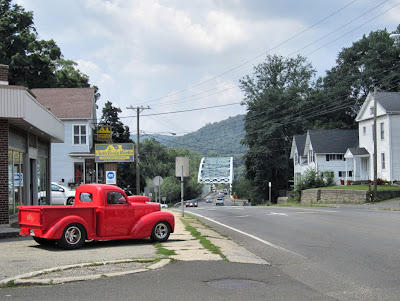 The thing is, I knew - well, sensed - all of this before I'd even seen the center of town, the minute I approached from the other side of that bridge. A bridge like that is always a precursor of something sort of fabulous.

Posted by Johnna Kaplan at 2:44 PM