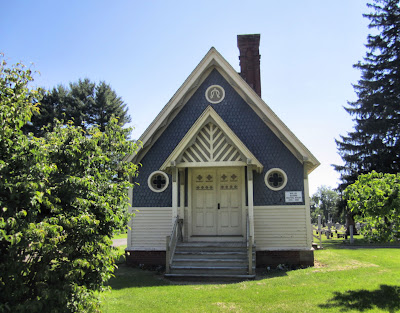 I never knew that cemetery chapels existed until I found this one in Stonington. I thought it was a singular occurrence (and possibly built for gnomes.) But as with many things, I was wrong, and not only do they exist, but they tend (yes, I'm basing a tendency on two examples, very scientific) to be small, and - to modern eyes at least - quite whimsical. I normally hate the word whimsical, but that's probably because I mostly encounter it on people's blogs, where they're using it to describe their writing, their tastes, or themselves. Which should be punishable by a large fine. But this building...it's whimsical, is it not? 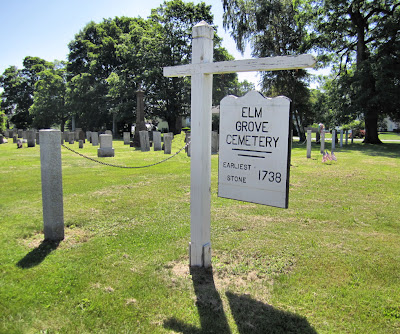 It stands in the Elm Grove Cemetery, in the Poquonock area of Windsor. 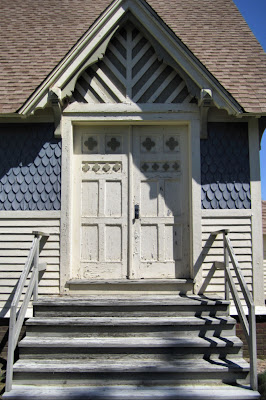 It's just as cute from the side. 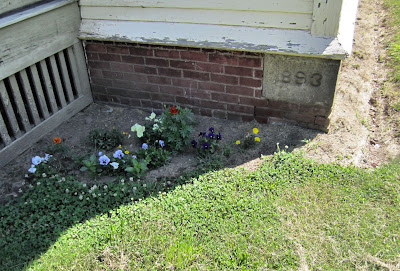 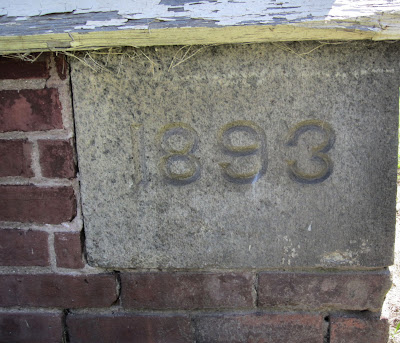 Which seems quite late when compared with the dates emplaqued on a lot of buildings in Windsor, "Connecticut's First Town." Maybe that's what makes this one so striking - none of that plain Colonial stuff here! (I don't think that emplaqued is a real word, but it should be. My spell-check suggests Malplaquet; surely there's more use in normal conversation for emplaqued!) 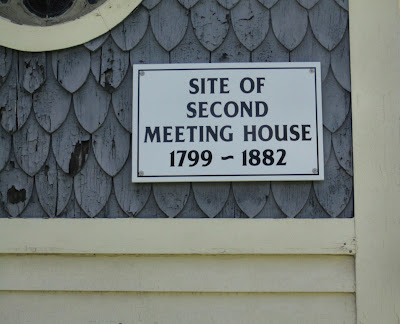 The first meeting house was built in 1727, and a third in 1854. The second was torn down shortly before this chapel was built. 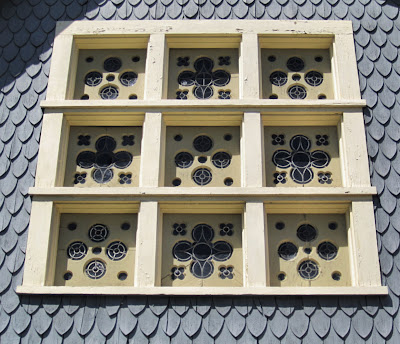 It's hard to imagine anyone putting this much thought into a window these days - or rather, they might, but then they'd create an obnoxiously large, flashy window, to make sure you didn't miss how much thought they'd put into it. They certainly wouldn't hide the window high up, at the back of the building. 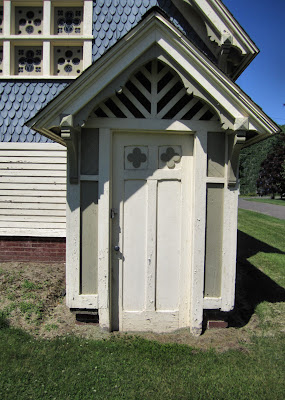 Next to the entrance for gnomes.
Posted by Johnna Kaplan at 7:48 AM