First, a quick note: I finally bought the domain name www.thesizeofconnecticut.com, so a) I'm going to have to live here for at least another five years or that will have been a waste of money, and b) if you're typing the name of this blog into your browser, or if for some reason you like removing bookmarks that contain the word "blogspot," you may now adjust accordingly. Second, here are some more pretty pictures of Stonington Borough. Because you really can't have too many pretty pictures of Stonington Borough. 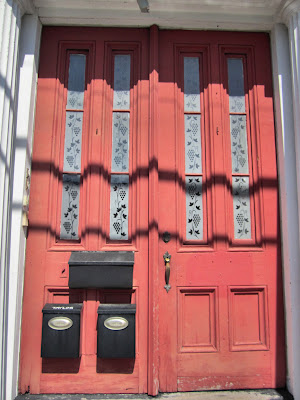 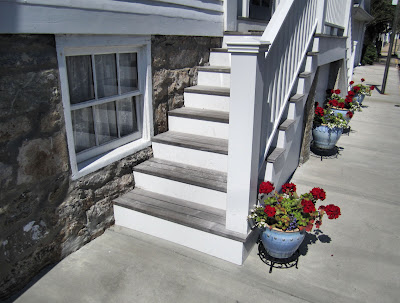 Why leave your odd little window un-curtained, when you can curtain it with lace? 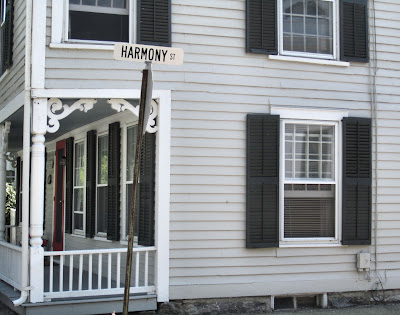 (It's not as if all the other streets are full of discord, though.) 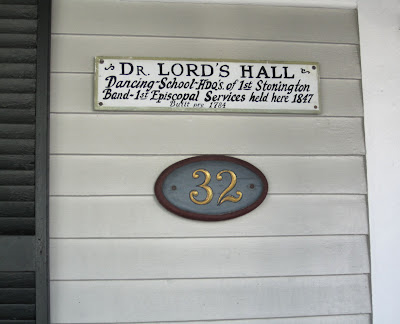 The dancing school was built at a time when anti-dancing Baptists did not approve. I'm imagining this as an early 19th century New England version of Footloose, but it probably wasn't. 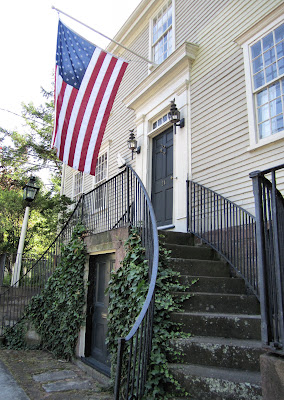 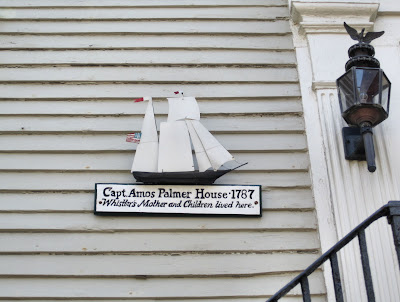 The great story about this house is that it was hit with a cannonball during the British attack on Stonington during the War of 1812. Wait, no, that's not great at all. The great part is that Captain Palmer then took the cannonball and had it shot right back from whence it came.

Whistler's mother, Anna McNeill Whistler, had a sister who married a Palmer (though none of the above mentioned Palmers) which is why she, her husband, and their son James McNeill Whistler, then a young boy, once lived in this house. 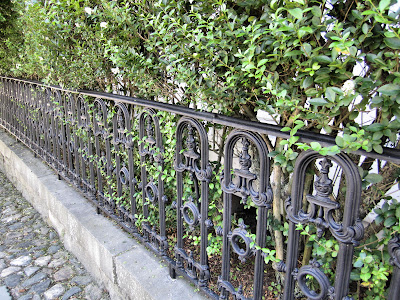 This is the sort of thing that makes me want to go to Stonington so much. Even the fences are beautiful. 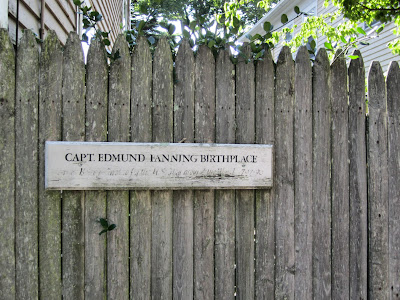 And no two fences are the same.

Edmund Fanning was another Stonington native who took to the sea, as a trader and explorer, most notably in the South Pacific. There's an island named after him in what is now Kiribati. It's all you can really ask of a place, I suppose: that it makes you want to visit, and it inspires you to leave.

Posted by Johnna Kaplan at 8:16 AM