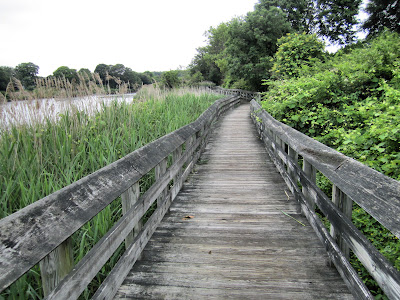 I used to have a picture, a scrap of travel inspiration torn from a magazine, of an elevated wooden boardwalk winding through a forest or wetland. It was taken somewhere in Texas, but it looked like a scene from a fairy tale kingdom. It wasn't the boardwalk itself that captivated me; having grown up near the beach I was entirely familiar with walkways made of planks of wood. But those boardwalks were crowded, and mundane, and right on the sand! They didn't enable a person to walk straight through an otherwise inaccessible wilderness. 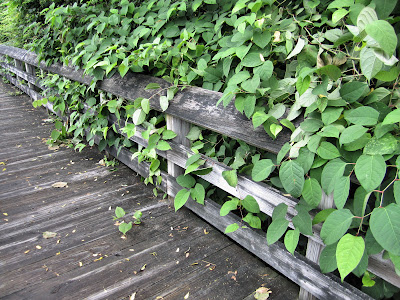 The other kind of boardwalk, the kind that twisted and curved so that you couldn't see where it went, the kind that needed railings to prevent you from toppling into the murky unknown below, those were something different entirely. 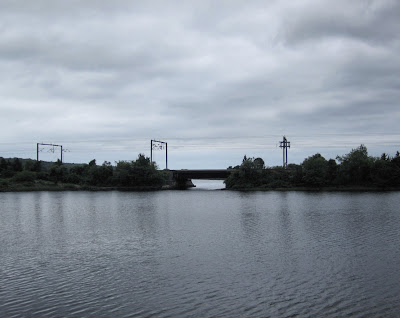 I thought they were special, and perhaps rare, and belonged only to far-away places. 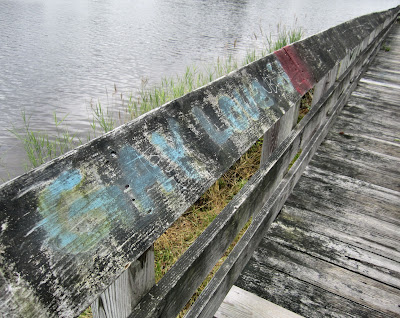 And then I moved back to Connecticut and discovered that this state is full of exactly that sort of boardwalk. They meander through woods and salt marches. They're all over. Which doesn't mean they're not special, but it did mean I could get rid of that picture. 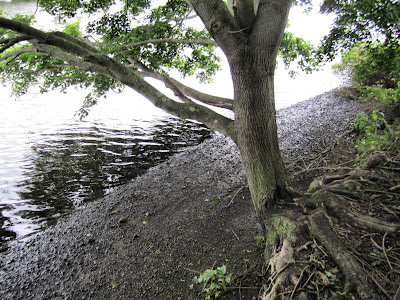 This boardwalk is the Poquonnock River Walkway, which stretches along the water in Groton, right near Bluff Point State Park. 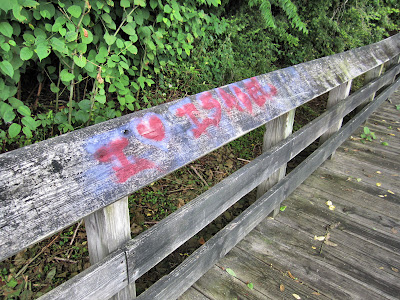 It's not long, maybe half a mile from end to end. And it's not completely in the middle of nowhere; houses back right up to one side, and other signs of human habitation are visible across the river. 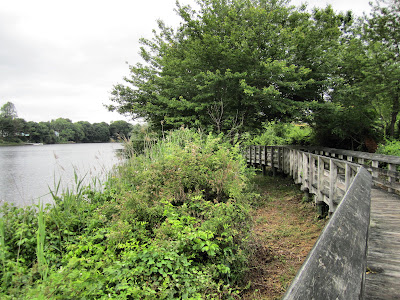 But it feels secluded, removed. The whole time I was there I saw two other people - one sleeping in the little gazebo at one end of the Walkway, and the other skulking near the trees at the start. Which did add a bit of dark fairy-tale-ness back into the scene, I suppose.
Posted by Johnna Kaplan at 7:31 AM