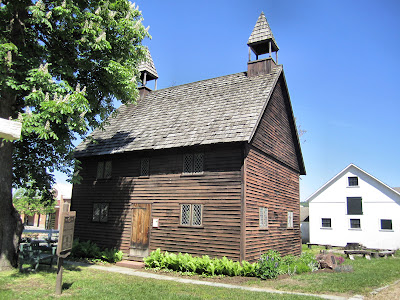 I first went to Simsbury because of John Fitch, inventor of the steamboat. If you're saying "Wait a minute, didn't Robert Fulton invent the steamboat?" then someone has lied to you. Sorry. It was Fitch, and he was from Windsor, and when he was a teenager his father "hired him out," for 11 shillings a month, to a man who owned a store in Simsbury. Fitch worked in the store for one winter. (This was the late 1750s, by the way; store customers paid for their goods with pork.) I know way too much about the life of John Fitch, and inventing the steamboat was perhaps one of the less bizarre chapters of it. 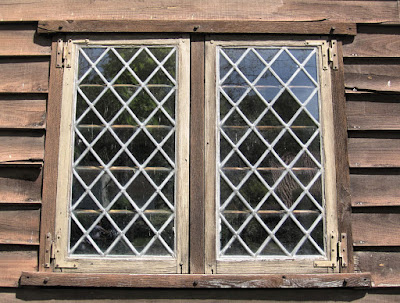 Anyway, this post is not about why I know all of that or why I was stalking the memory of John Fitch to Simsbury, and much farther than that. (I will say it was for work, though, I'm not that crazy.) This post is about how you can miss an entire town when you're focused on one winter in one person's life. I saw Simsbury, when I was there before - I saw a pretty place with a walking trail along the river, and a row of shops, and some historic buildings. But I didn't really look at, say, this building, a replica meetinghouse constructed in 1970 from materials saved from the past. 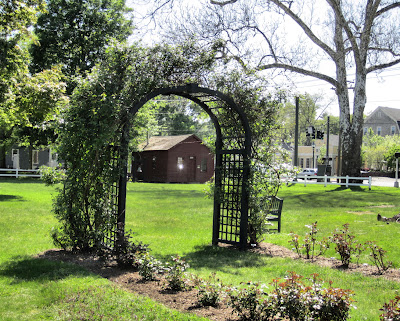 I didn't really notice this garden, where each plant is accompanied by a marker stating its name. 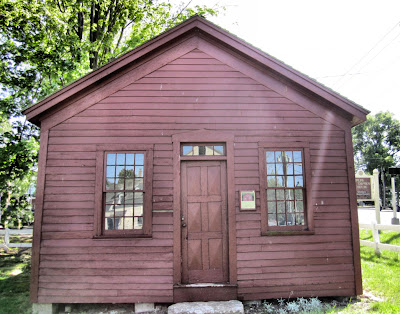 Or this schoolhouse, which in 1933 was converted into a house. (Add "living in a one-room schoolhouse" to the list of Things I Wish I Could Do But Probably Never Will.) 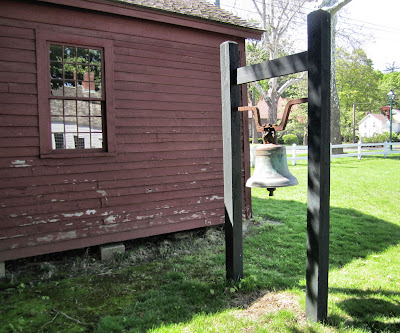 Oddly, though I didn't recall the schoolhouse, I had a clear memory of its bell. 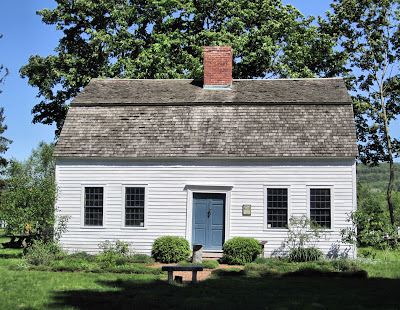 I must have walked past this lovely gambrel-roofed "cottage" before, but I didn't pause to take in how simple and perfect it is. 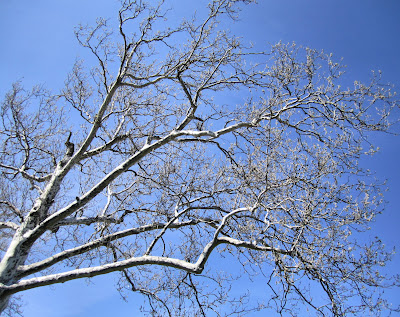 But this time, not thinking about Fitch or his job with the pork or his failed steamboat ventures, I stopped to stare up at the trees. 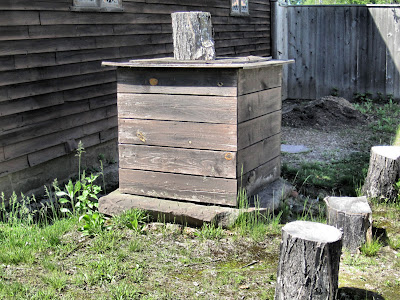 I noticed another well, very much like the one I was just saying you never see around here anymore. 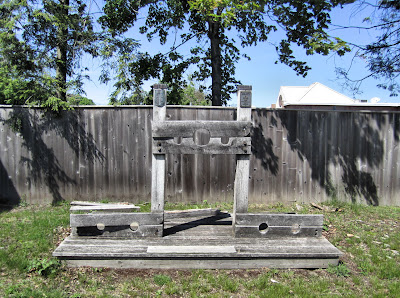 And something I think I can say you really don't see much around here anymore! This pillory and stocks are not original to this site, but - weirdly - "were constructed as an Eagle Scout project in 1998." Apparently having it around "delights school children." (One starts to wonder about the school children of Simsbury...) 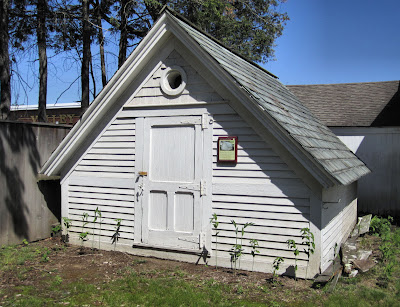 My favorite building in this collection of structures maintained by the Simsbury Historical Society is this 1889 ice house. (Maybe scratch "live in a schoolhouse" and make that "live in an ice house?") 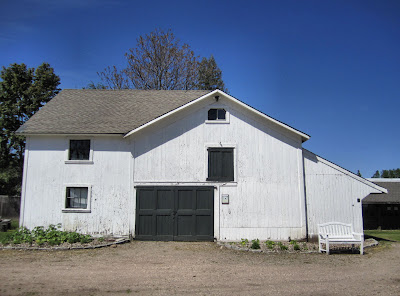 The barn is from the 1890s, also too late for me to have noticed before, and pretty big to have missed. 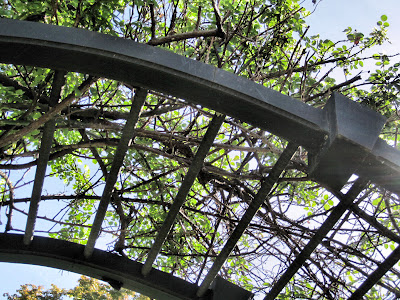 This little area on Hopmeadow Street is only a fraction of all there is to see in Simsbury. I'll be going back there soon to see some more of it, for an assignment entirely unrelated to John Fitch. But I'll also be getting back to that project I was working on years ago, when I first crossed paths with this town. Hopefully this time I'll think to look around me more, not just at my own narrow focus but at everything, like sunlight through trellises and green leaves.