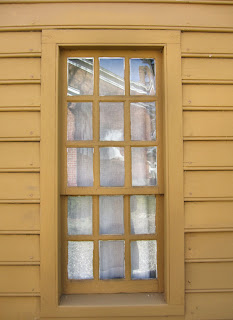 If you look closely, you can see me reflected in that window, along with part of the exterior of the Norwalk Town House, constructed in 1835 as an all-purpose religious and civic meeting place. It's a decent metaphor for my life in Connecticut, I guess. I almost disappear but I still stick out; I stand looking in but see only my own image looking back at me, along with a history that intrigues me but belonging to others. I keep trying, thinking if I just keep walking, keep driving, keep investigating what I come across, I'll find the right way to see inside.

So why am I gazing into Norwalk windows?

Last week I saw a police car in New London that had City of Norwalk printed on the side. Or so I thought. I kept staring at it, wondering what business a Norwalk cop could possibly have in New London. And then I realized that I'm blind and the car said City of Norwich, which made much more sense.

Then within a few days I happened to hear a story about a Fairfield County cab ride, during which the driver avoided the usual Post Road route by making some unexpected turns through a residential neighborhood that just happened to include what he called "the oldest house in Norwalk." So between those two things, I had to go to Norwalk, right?

Actually I was going to be there anyway. I would probably not have driven all the way to Norwalk just to look for a stop on an impromptu cabbie history tour. 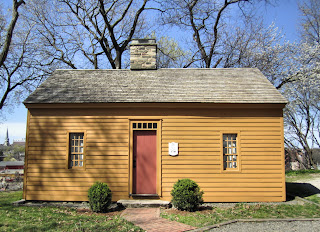 When you look up "the oldest house in Norwalk" you get a lot of...well, frankly just badly written and confusing information that leads nowhere. Eventually you get overwhelmed with all that and distracted by the fact that there's a place called the Mill Hill Complex, maintained by the Norwalk Historical Society, and that there are some buildings there which are pretty old. And you decide that's good enough. Mill Hill is like a much smaller, more demure version of this place, i.e., a number of historic buildings collected in one spot.

The 1740 "law office" above was once part of the home of Colonial Governor Thomas Fitch. Though Fitch had been a Tory, the house was burned by Tryon during his July 1779 raid. Later it was moved to make room for the highway. The remaining historic section of the home, the only part of the original structure that survived the British, was moved again to Mill Hill and re-purposed as an example of a period law office. 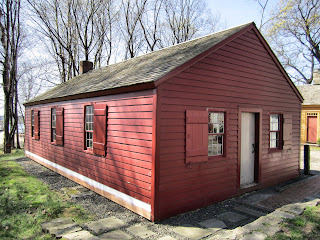 There is also a schoolhouse here, though slightly too large to to trigger my typical old schoolhouse silliness. 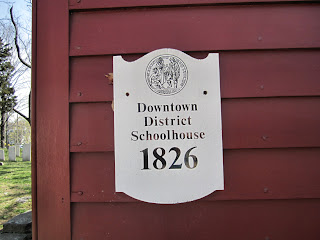 And not quite early enough either. 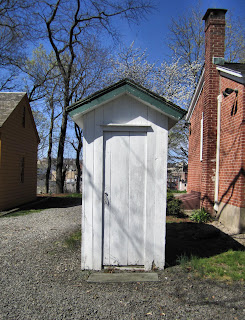 And there's this. Upon seeing it yelled "Corn crib!!" as I do whenever I spot a very tiny building. But then I reconsidered and figured it's probably just an outhouse. I believe it doesn't even make the Historical Society website. 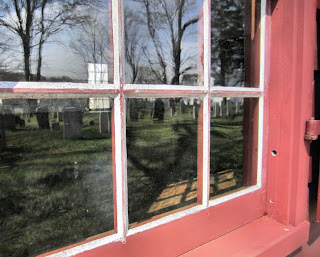 Behind the schoolhouse is a burial ground, Norwalk's third oldest. 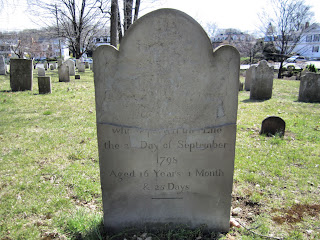 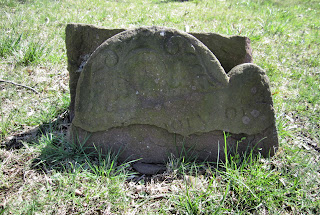 It's nice, if a graveyard can be nice, and if you can ignore the traffic loudly hurrying by on two sides. But when I walked through it I realized I was suffering from Colonial-era Burial Ground Fatigue. I love these places but when you've been to a whole lot of them, if one doesn't have something truly outstanding to recommend it, you can get quite jaded about them. Soul effigies? Revolutionary War veterans? Babies and children dying tragically before their time? People too poor to engrave a name on their loved ones' headstones? Yeah, yeah, I've seen that movie. 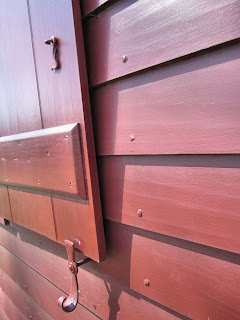 You get cold, callous, less excited by the perils of 18th century life than by a cool window shutter. It's sad, really...

Anyway, the oldest house in Norwalk? It's not here. But I think I know where it is now. Maybe another time...
Posted by Johnna Kaplan at 8:10 AM