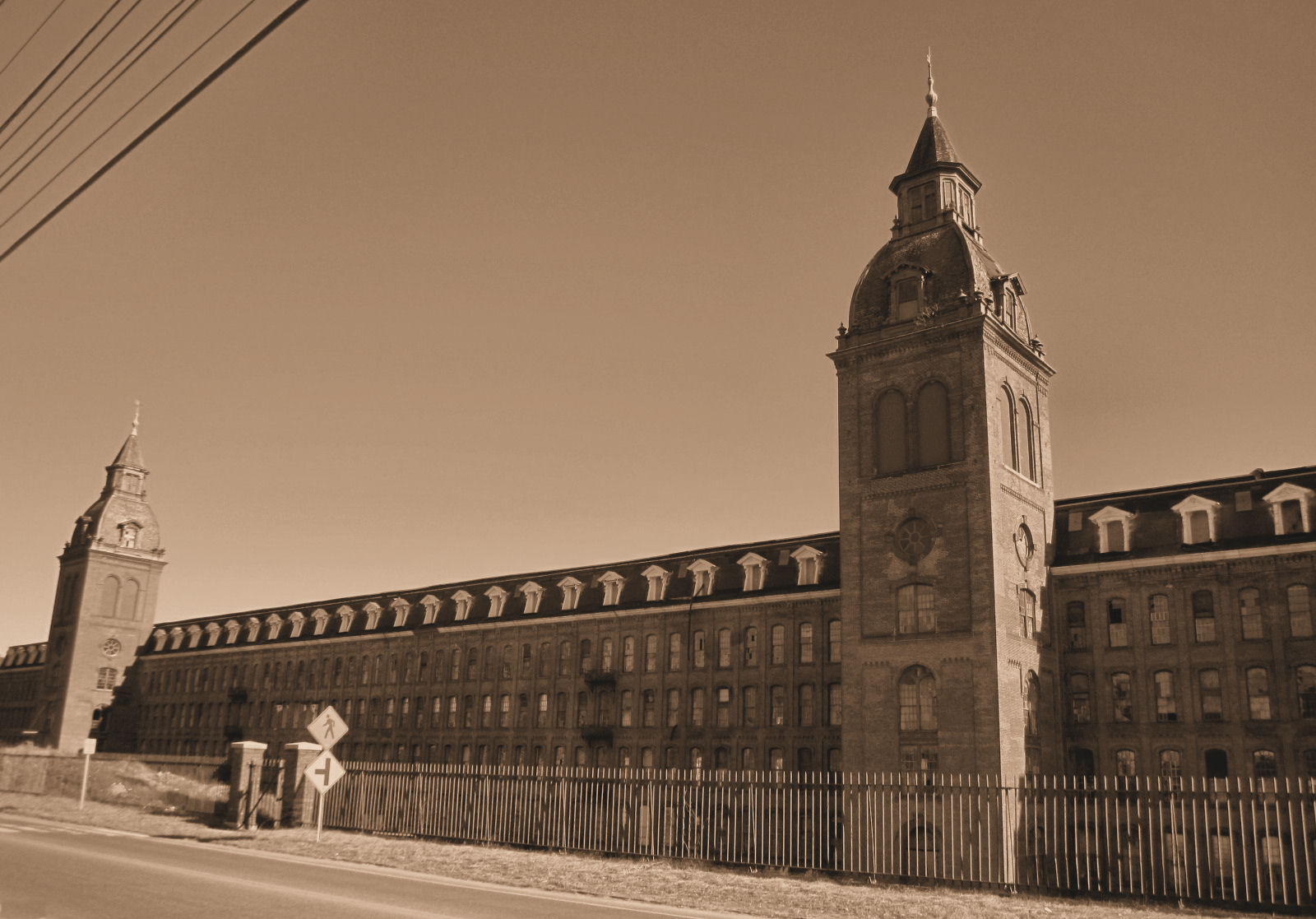 Taftville was/is/will be a late 1800's mill village and a neighborhood of Norwich. The Taftville Mill, later called Ponemah Mill, produced cotton textiles. The mill and the village built up around it - a row of stores, a church, a school, a collection of not particularly eye-catching houses where the workers, first Irish then French Canadian, lived - hang suspended between past and present and future.

There are people in the houses and stores in the storefronts - well, some of them. There are cars in the parking spaces and flea markets in the vast mill buildings, which are set to be converted into "luxury apartments." You can walk a block along a Taftville street that slopes down towards the Shetucket and feel, within the space of that minute, that you are in a ghost town, an average slightly depressed neighborhood, and a soon to be mini-Mecca of yuppie-dom.

It's hard to tell which will prevail, I'll say one thing. I took these photos in color, but when I looked at them, they didn't accurately represent what I'd pointed the camera at. It was only when I turned them sepia that I recognized the place I'd just been. 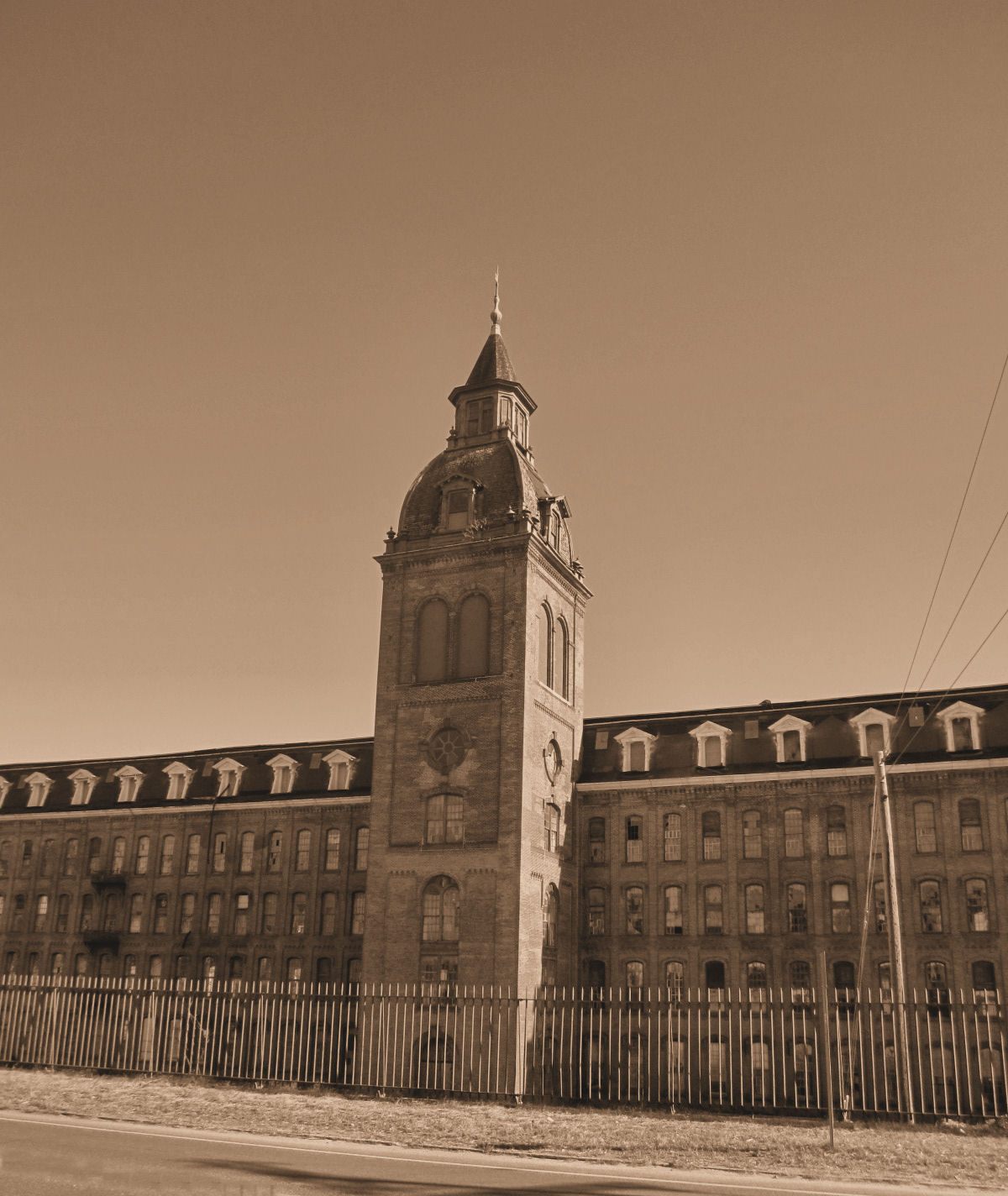 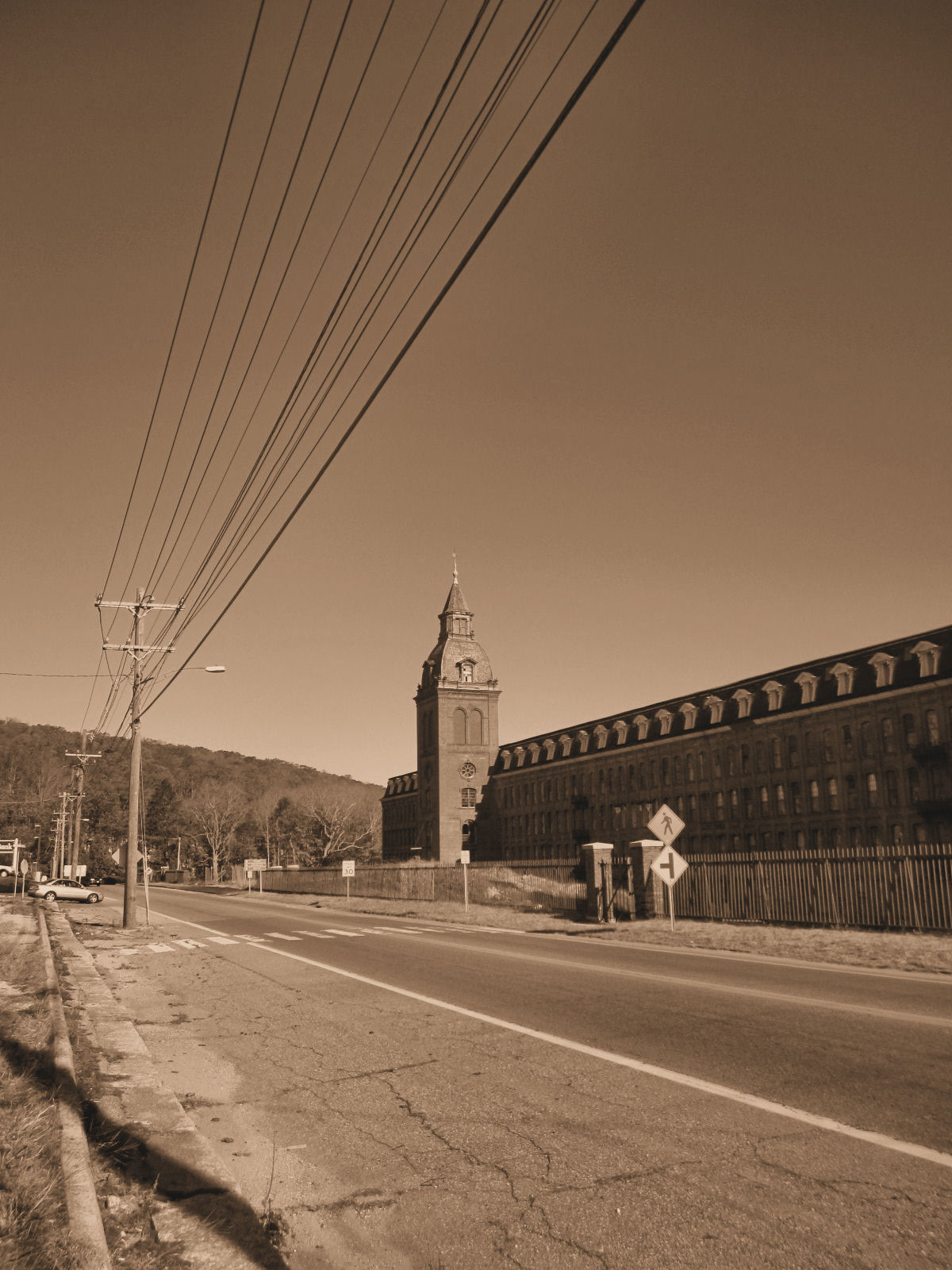 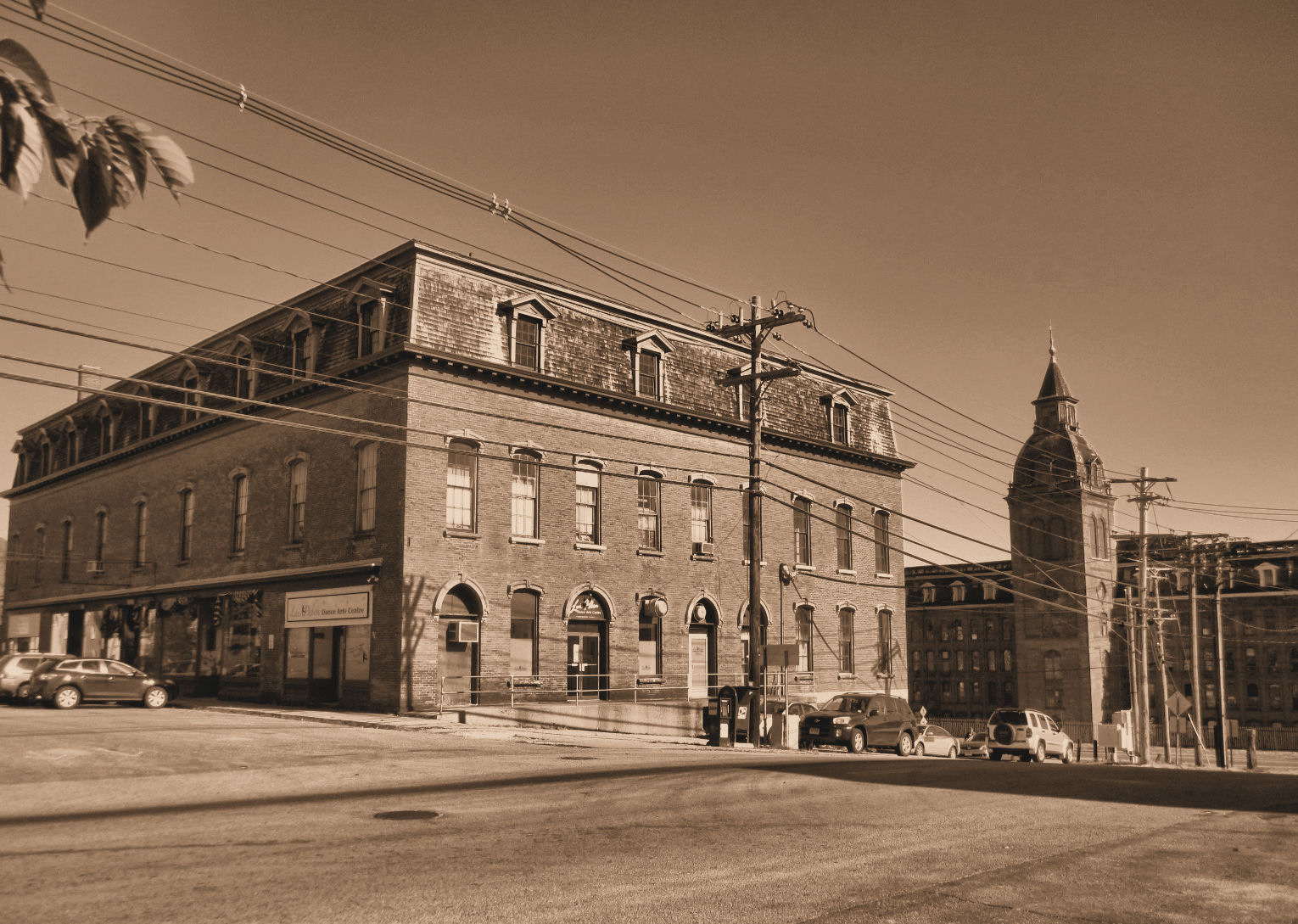 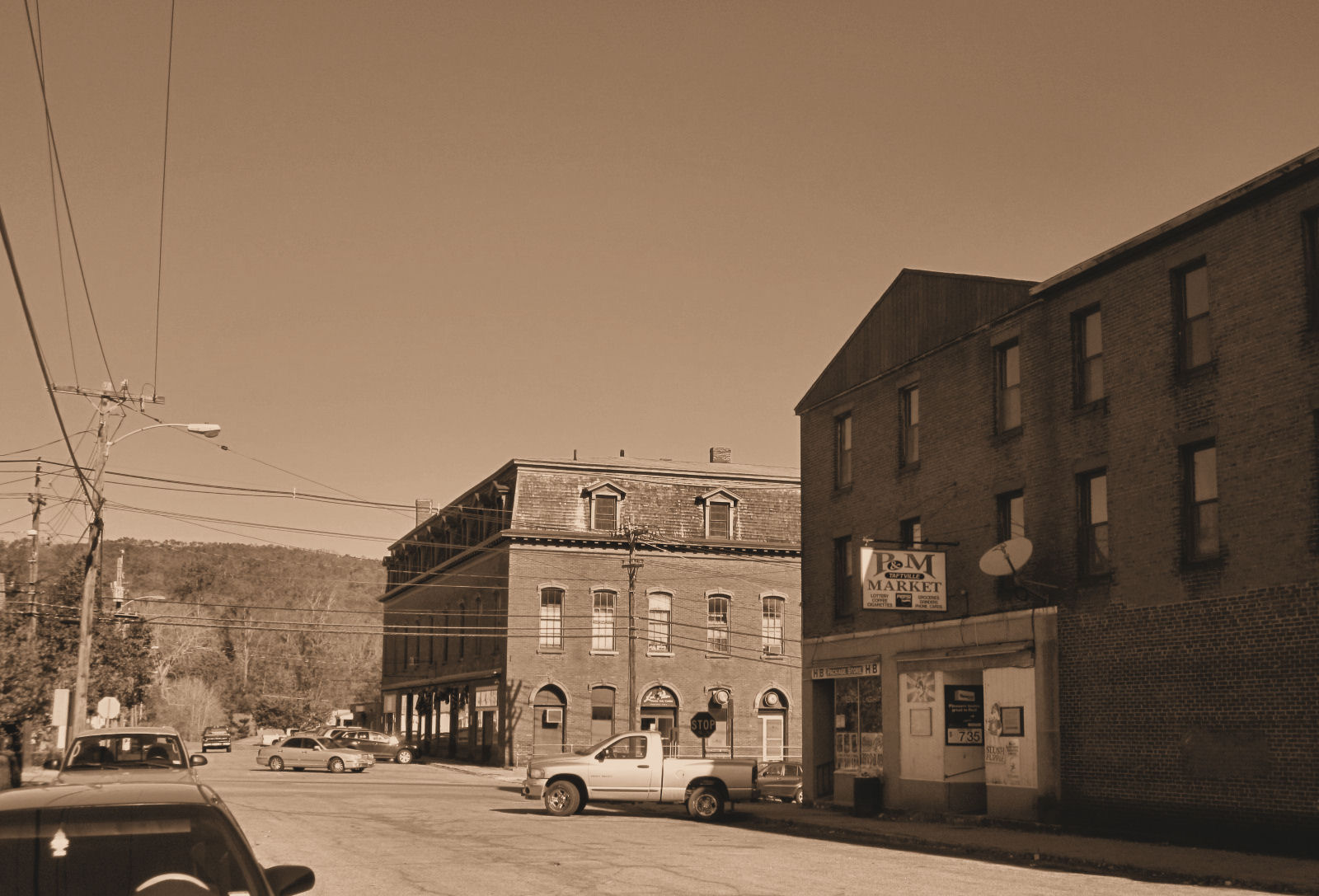 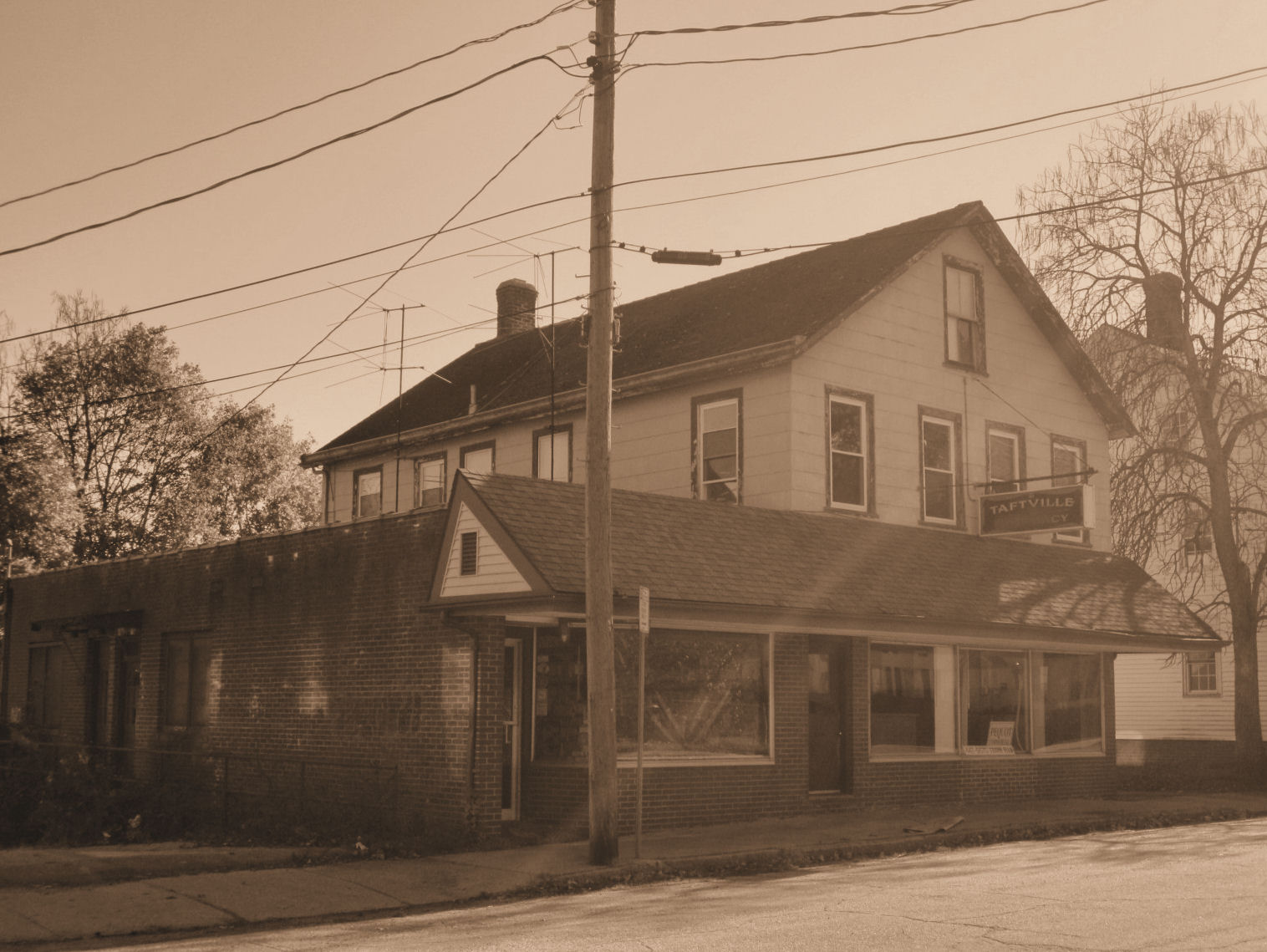 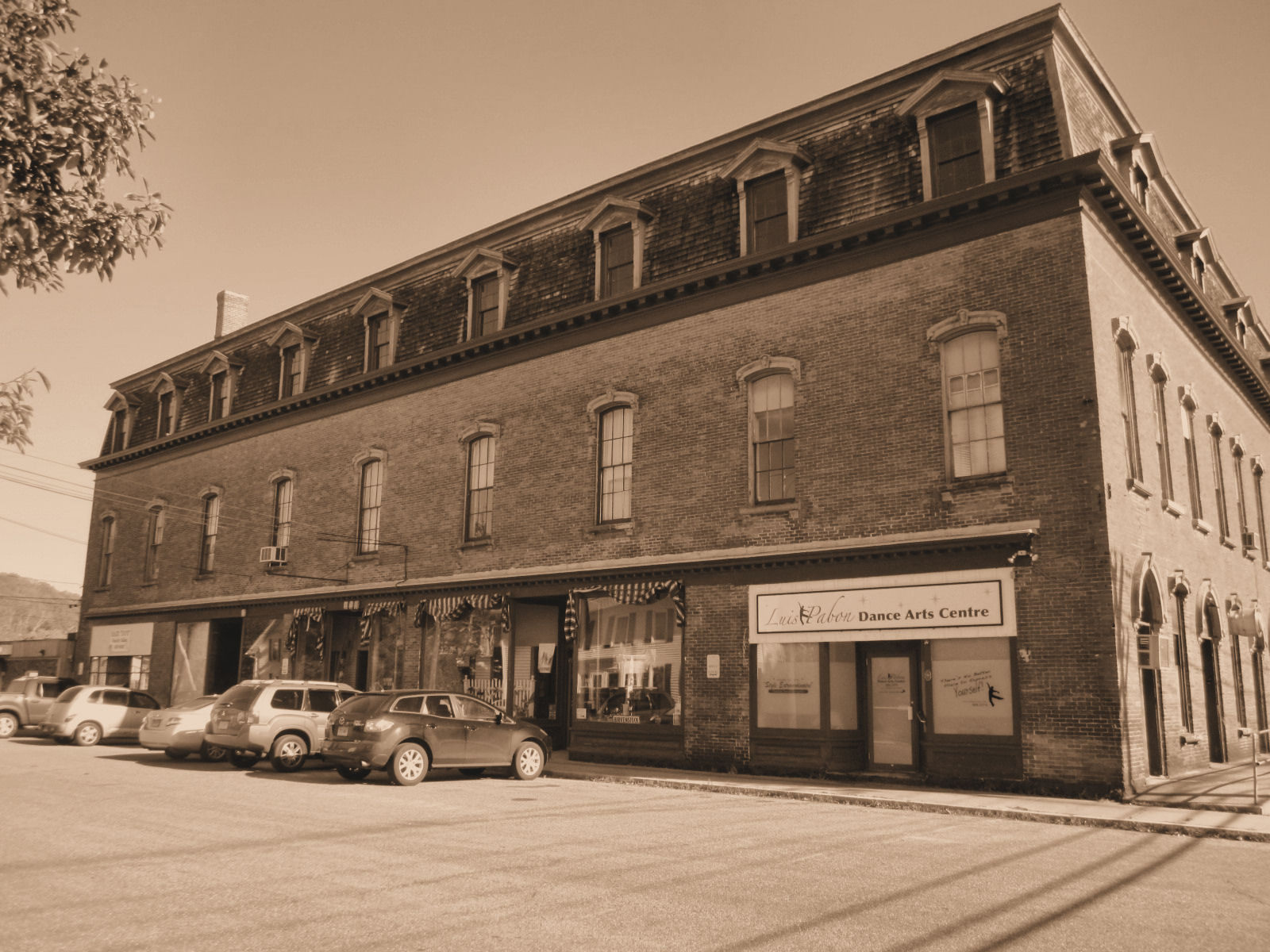 Posted by Johnna Kaplan at 9:22 AM