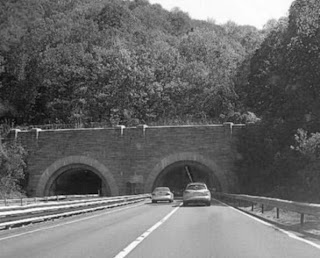 I don't know what happened to me last week, I think I might be tiring of this heat. But one minute I was buying a Sultan Florvåg mattress at Ikea (doesn't Florvåg sound like a character from Strindberg? "Enough, Florvåg, I tire of this heat."), the next I found myself enthralled for hours by pictures of the Faroe Islands, stopping just short of checking flights. And then all of a sudden I became inexplicably obsessed with Hamlet, or perhaps I should say re-obsessed; I have a degree in that stuff, so I suppose I was officially obsessed with it long ago.

In the course of re-reading every copy of Hamlet I could find, I dusted off my Yale Shakespeare - which I've had for well over 10 years - and happened to glance, for the first time ever, at the cover. This was when I noticed that the Yale Shakespeare was edited by...Wilbur Cross. Wait, I thought, you mean like that little part of the Merritt Parkway?! Why, yes. Turns out that Wilbur Lucius Cross, literary critic, Yale English Professor and Dean, was born in Mansfield and served as Governor of Connecticut for practically all of the 1930s. (He was also principal of my high school, but I'm not talking about that place anymore.)

It wouldn't be right to say Connecticut is following me, since I chose to live in it. But still. I was pretty content for a while there, in my involuntary mental escape to Scandinavia, not thinking about Connecticut at all. But since I'd been wrested out of that, I started reading about Wilbur Cross, and road construction, and local New Deal-era politics. I learned that the Connecticut DOT website has a history section, who knew. And then I came across this New York Times article on the naming of various Connecticut roads and bridges. Which just happens to mention that Route 101 between Abingdon and East Killingly is named for...Lief Erickson.
Posted by Johnna Kaplan at 1:48 PM

Email ThisBlogThis!Share to TwitterShare to FacebookShare to Pinterest
Labels: History